I am 100% completely in love with New Zealand. Although we aren’t sure what the future has in store for us (whether we leave when our working-holiday visas are up or stay under new visas), this country has a special place in my heart and carries some of the fondest memories. I feel like I have so much I would love to share with you about New Zealand (including a TON of destinations I have yet to blog about), but for now I want to wrap it up in a pretty package and tie a big bow on top of all of it, just to get you over here to experience this country.

New Zealand should be on the top of your bucket list, whether you plan on visit for a short time or stay long-term.

5 reasons why you should visit New Zealand:

I know Queenstown is the self-proclaimed ‘adventure capital of the world,’ but I’d have to say, the whole friggin’ country is packed to the brim with amazing things to do: whale-watching, sand-dune surfing, black water rafting, skydiving, paragliding, surfing, heli-skiing, snow boarding, sailing, penguin watching, zorbing, swimming with seals, glacier hiking, and MORE. Sure you can do a lot of these things in say…the U.S.A., but think about this for a second: New Zealand is basically the size of 2-3ish U.S. States.  That’s a LOT of activity and variety jam-packed in such a small area! 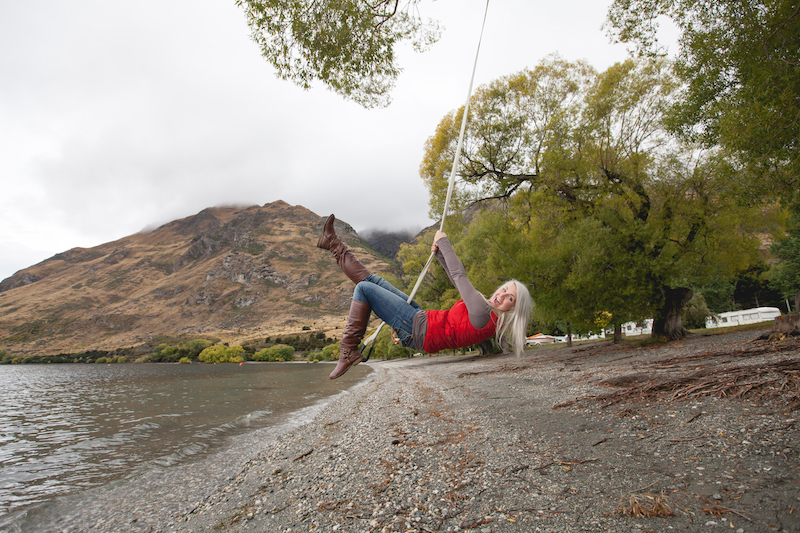 2. It’s actually healthier for you to live (and breathe) here

Due to the low population density and being out (somewhat by itself) in the middle of the ocean, the air quality in New Zealand is considered one of the best. I was looking around online to find you some facts on it, but each report I found had something a little different. On average it’s considered one of the top 10-20 cleanliest countries in the world.

This fact alone was one of the biggest reasons we chose to move to New Zealand after living on Geoje Island, South Korea. Geoje is home to two of the biggest shipbuilding companies in the country (DSME ranking 4th and  Samsung ranking 6th), and for being such a small island, that’s ALOT of pollution lingering around in the air and water. After living there for three years, our lungs, hair, and skin just felt icky; my endurance was a lot lower than it used to be before we moved to Asia.

Derik and I were wanting to spend a year ‘healing’ and rejuvenating our bodies, so New Zealand was the obvious choice for us. Between all the exercising (hiking, running, and regular gym time), fresh produce, and clean air, Derik and I have never felt better physically! 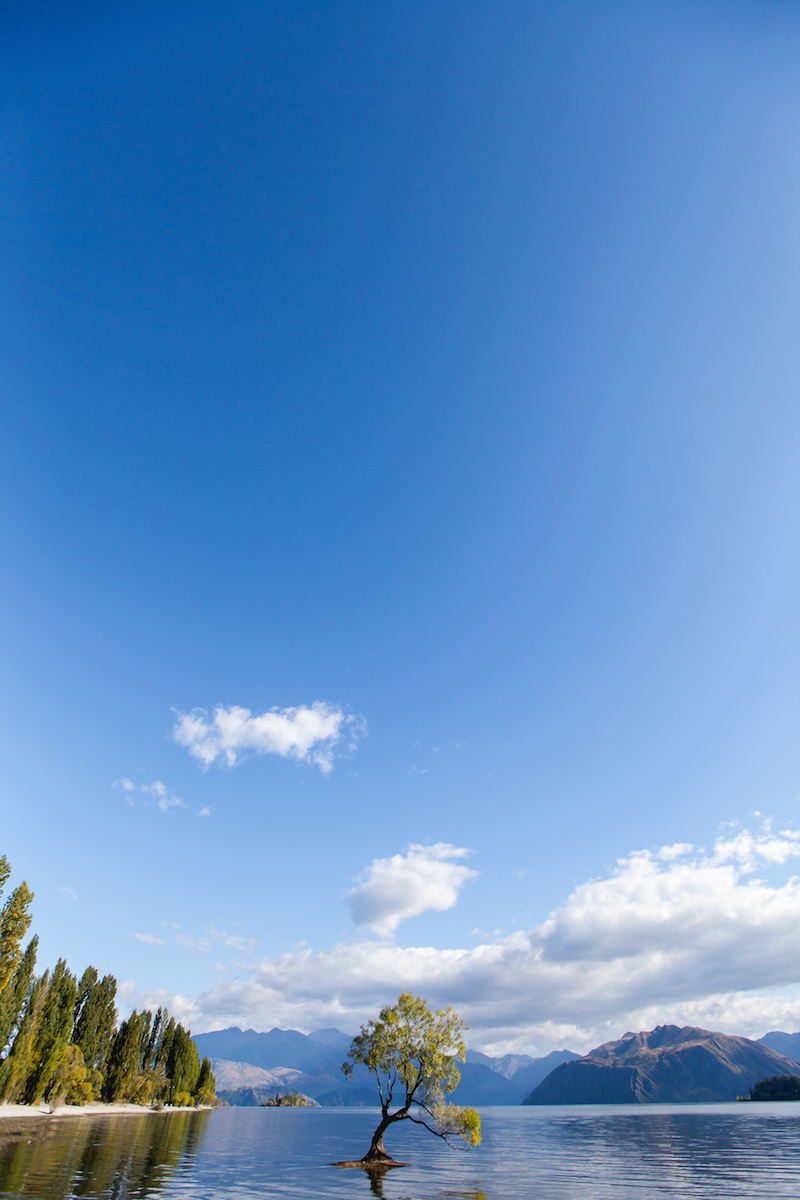 It’s nice to be back in a country in which people go out of their way to make sure you are okay and welcomed. I love the fact that we can walk into a restaurant or pub and some random stranger will just strike up a conversation with us, and by the end of the night we’ve made a new friend. People in New Zealand genuinely seem to care for the well-being of those around them. Sure, there’s always an exception, but for the most part, Kiwis are super friendly!

4. The food, the wine, the coffee culture

Sure the food here is expensive in comparison to the U.S., places in Europe, and Asia, but boy is it good. I’m dreading the day when we leave due to the fact that I don’t know how Derik will survive without his beloved mince and cheese pies. I like pies too, but I don’t think I could eat them every day or anything (just wait, now that I said that I’ll be craving them like none other once we move somewhere else – ha).

I wasn’t very aware of New Zealand wine until I moved here, but I tell you what, I’ll probably be buying it for the rest of my life. I’m currently 100% hooked on NZ riesling. It’s totally different than riesling you can buy in the States or Germany, and comes dry to medium-dry with only a twinge of sweetness. I. can’t. get. enough.

Let’s talk coffee culture: it may be $5-$9.00 for a cup of specialty coffee, but it’s so delicious!! Living in Dunedin gives us access to some of the most adorable and funky coffee shops on this side of the country! I swear I could probably go to one coffee shop a week for a year and still have some left in the area to try. Ok, maybe there aren’t that many coffee shops in Dunedin, but close enough! 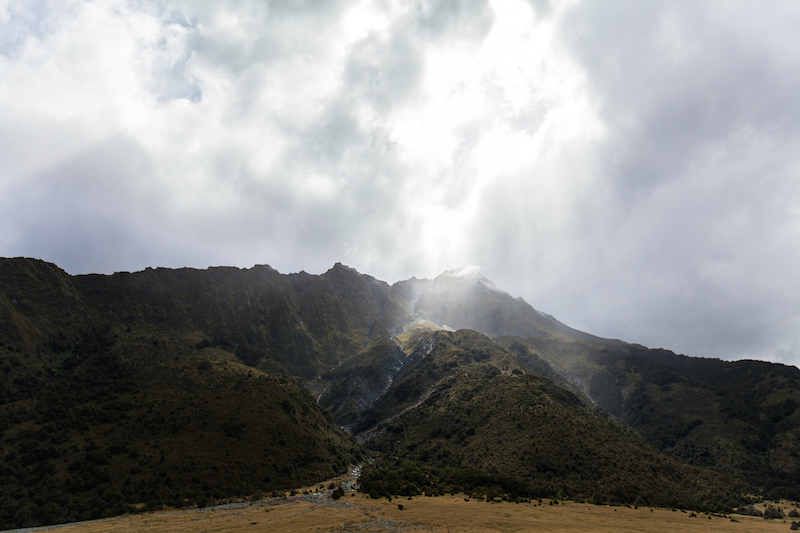 5. New Zealand is home to the most epic landscapes/night-scapes you’ll ever see in your life

With so many diverse ecosystems, New Zealand brings you some of the best landscapes in the world. The fun thing about New Zealand is that you can drive 15 minutes down the road and the area around you will look completely different than where you were 15 minutes before. If you’re willing to drive a bit, hike a few (or several) kms, and get a little dirty, you can experience those landscapes closer up and personal. I have never felt like such a tiny little speck on the earth until we moved to New Zealand, and it’s beyond breathtaking (and addicting).

If that’s not enough to convince you to spend some time in New Zealand, maybe this picture below will do it. I took it two nights ago, right in front of my house! 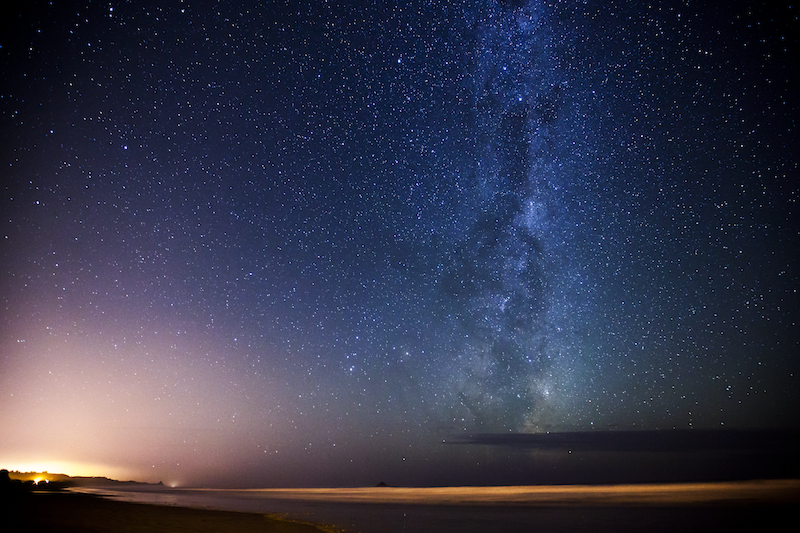