It’s been almost exactly a month since our vacation to Borneo, Malaysia. I promised myself I would start posting right away so I didn’t get behind, but that didn’t happen. After browsing and carefully selecting photos from literally hundreds, we’re ready to roll.

We had a pretty smooth flight on the most uncomfortable airline I’ve ever been on: Air Asia. Not only do you have to pay for literally EVERYTHING (blankets, meals, water), but the seats were TINY! We left at 10:00am from Busan and landed around 8:00pm in Kota Kinabalu, Borneo. We had a shuttle bus  picked us up from the airport and take us straight to our resort (Langkah Syabas Beach Resort). It was dark and we weren’t able to view the scenery that night, but I was sicker than a dog anyway with a MAJOR migraine (is there such a thing as travel sickness?) so it didn’t matter much to me.  The next morning we woke up early at 6:00am to the sound of jungle rain and the birds chirping from nearby trees. Yes. We had arrived in Borneo.

The rain cleared off after about an hour and the sun came out to stay. We ate a quick breakfast and tried to figure out what we were going to do that day. Believe it or not, making plans ahead of time in Borneo is a very difficult thing to do. This island is known for it’s eco-tourism (and world famous diving), and I think there are more nature enthusiasts that come visit to hike and study plants than go on adventure tours and shop. Finding anything to book ahead online is nearly impossible. 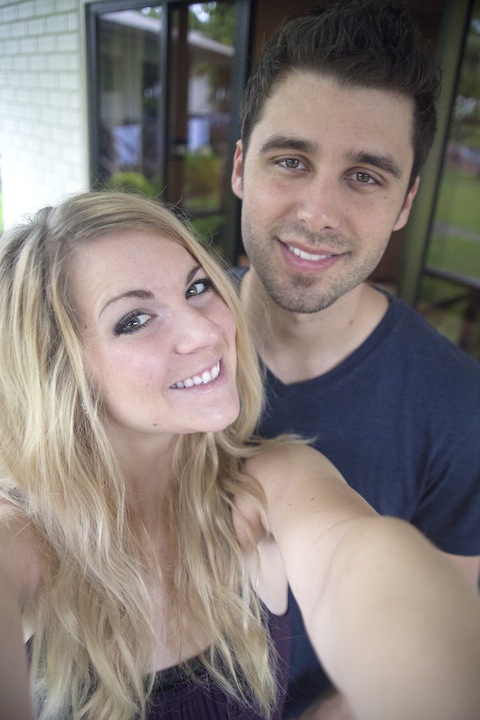 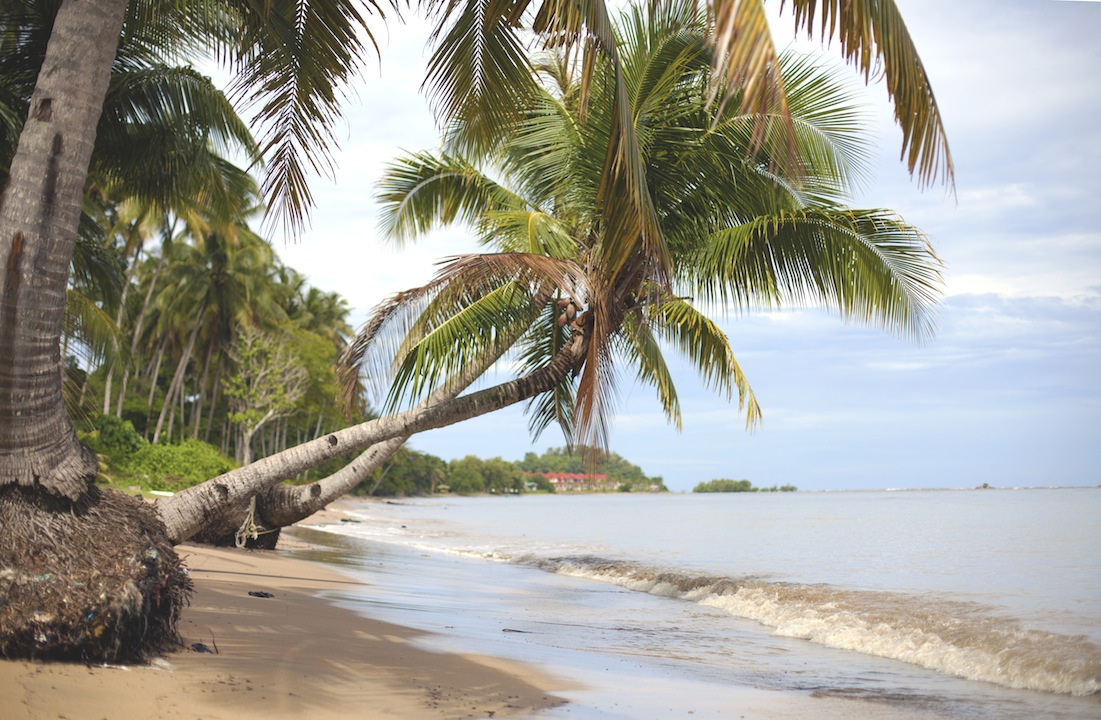 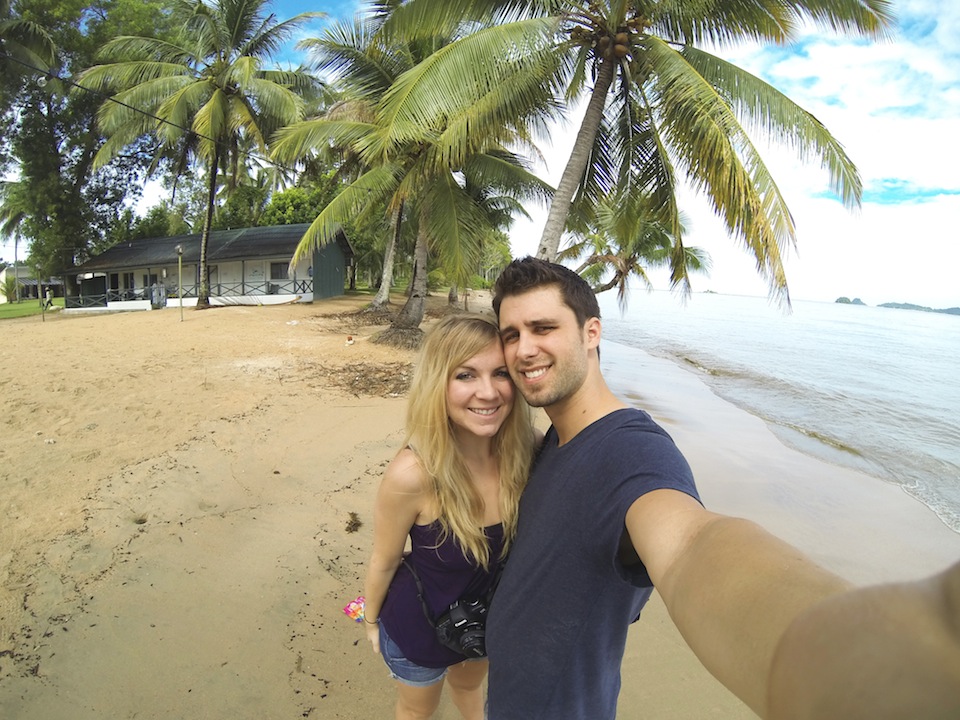 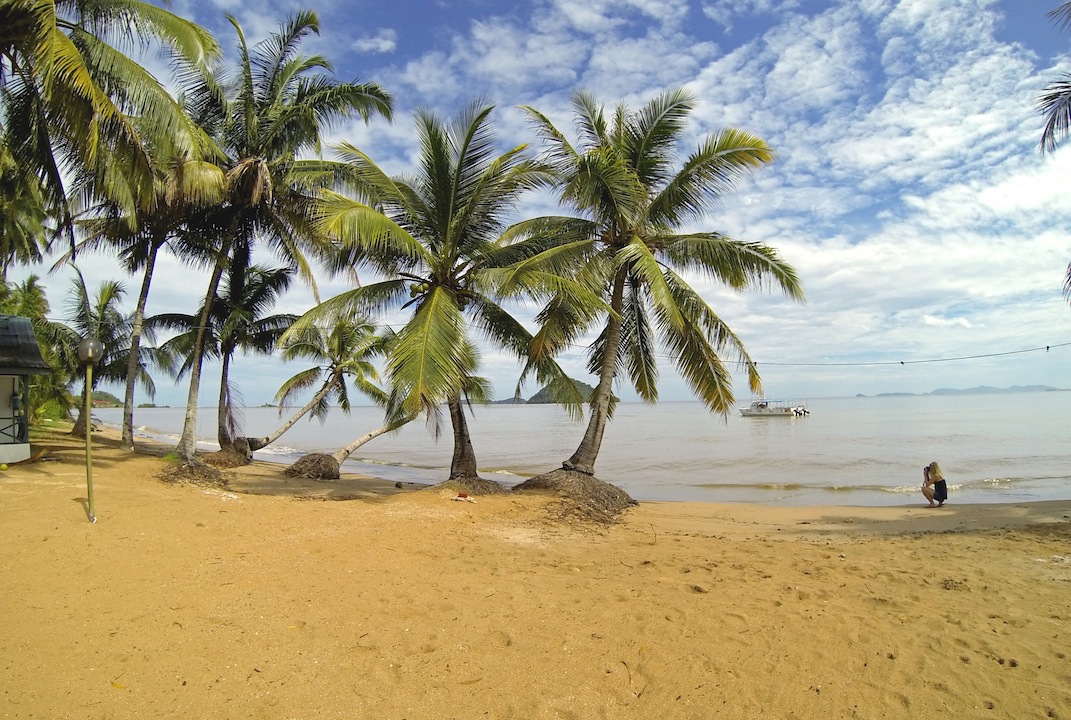 We decided to head in town to do some shopping and get a good grip on where we were. We were also hoping to find a tour agency to book a few things to do locally. The front desk told us to hop on the local bus instead of taking a private taxi. It would take 20-30 minutes to get into town, and the bus would only cost us a mere 2 ringgit (61 cents) each, where as a taxi would be 40 ringgit total. I was a little worried about taking the local bus especially with not knowing what to expect.

Yeah, it wasn’t a bus, it was a van. Honestly the thought of getting kidnapped, all of our stuff forcefully taken away, or worse crossed through my mind. Who are we that we just randomly jump into a crazy van? We had no idea where the heck we were going. The bus driver didn’t speak English, all we told him was Kota Kinabalu and he started driving. We picked up multiple other passengers along the way as well. 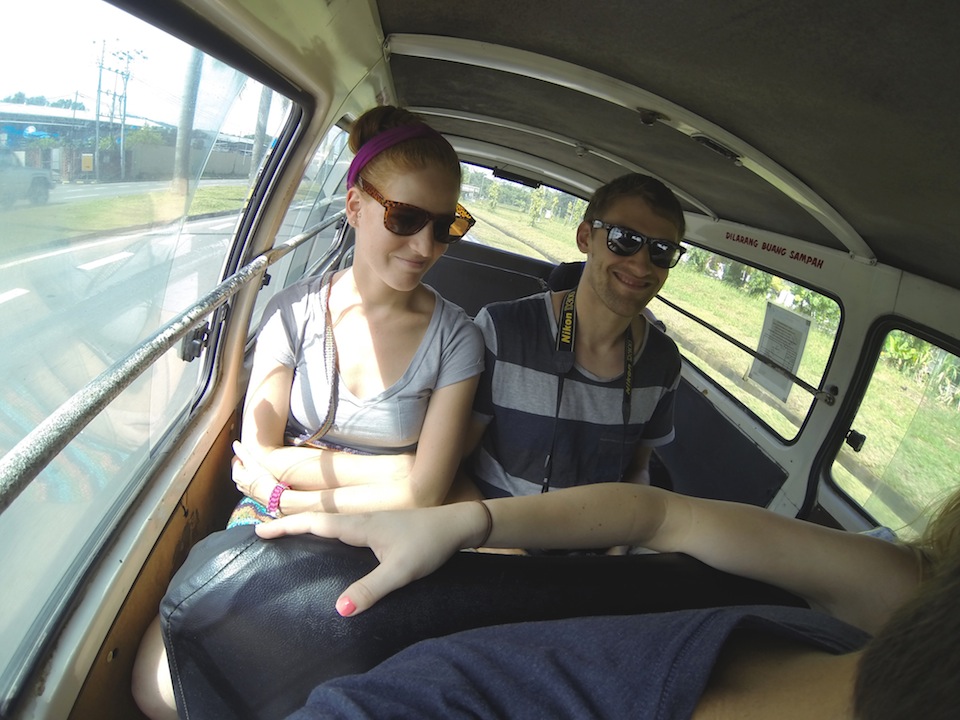 We rode the bus all the way to the last stop and got off at a crazy, disorganized, dirty bus stop. We started walking in the general direction of the central market, and somehow ended up going straight there. Thankfully KK is pretty easy to navigate. Also, Derik has great map skills. 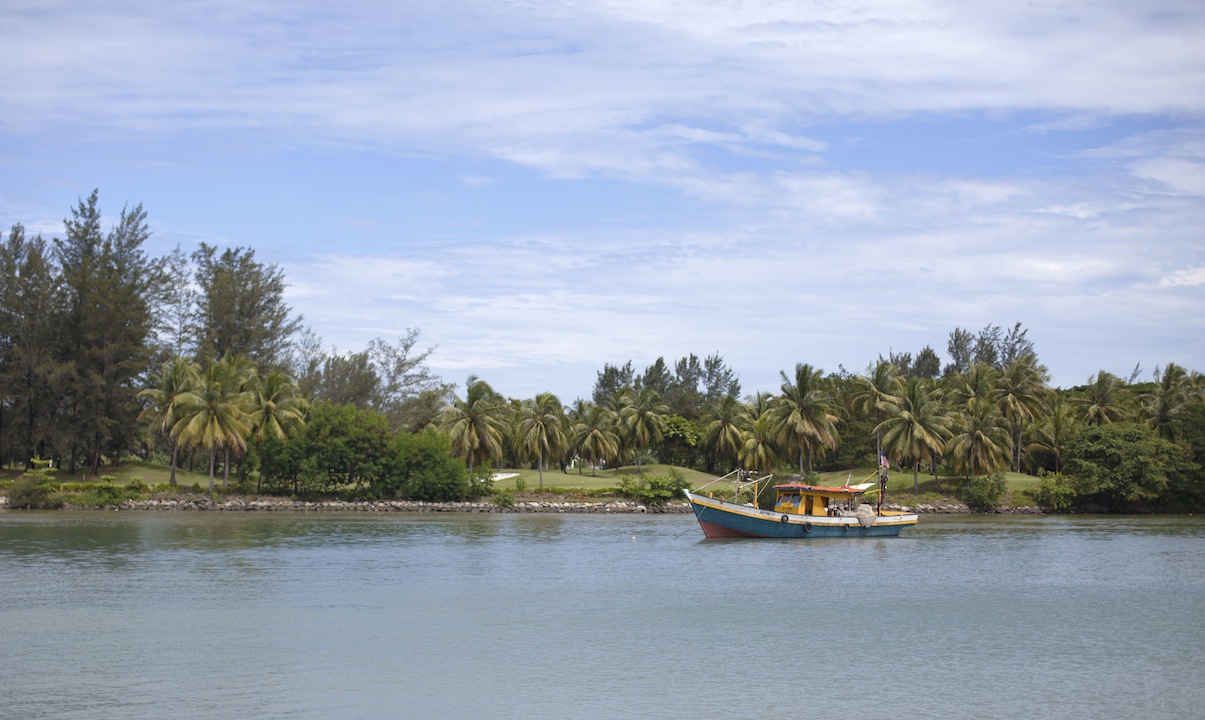 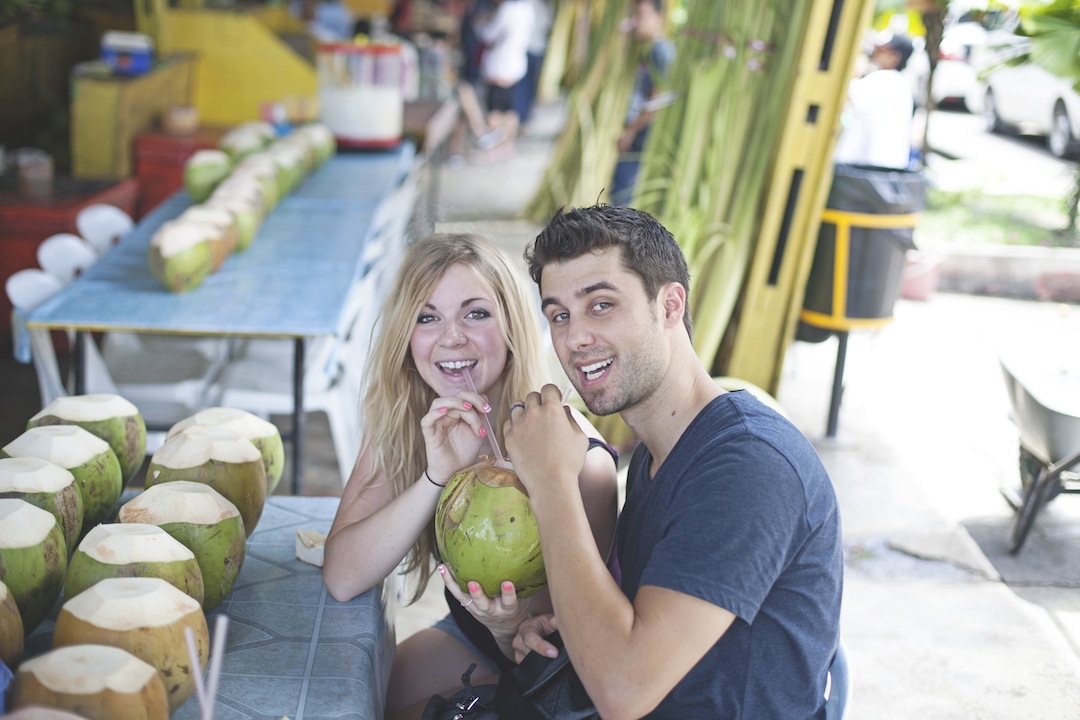 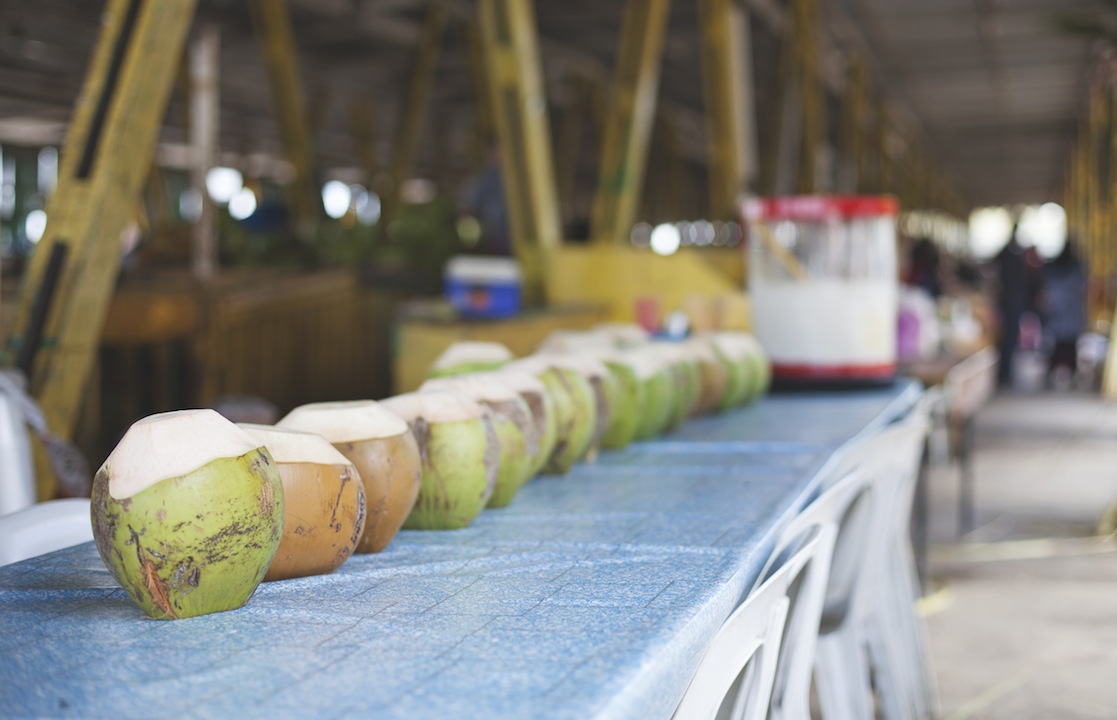 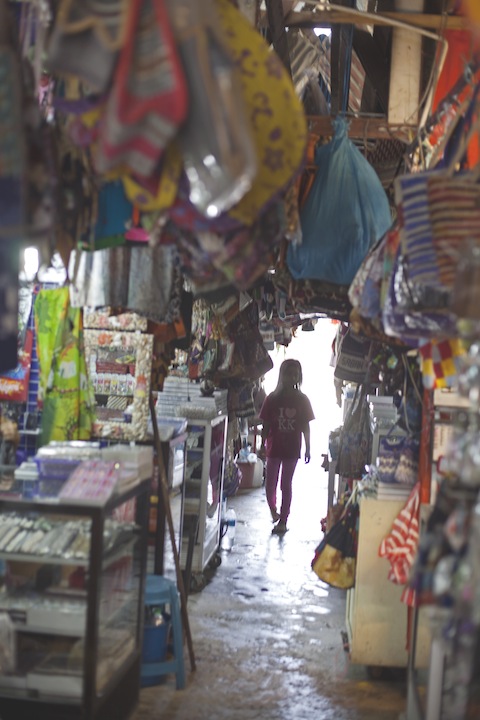 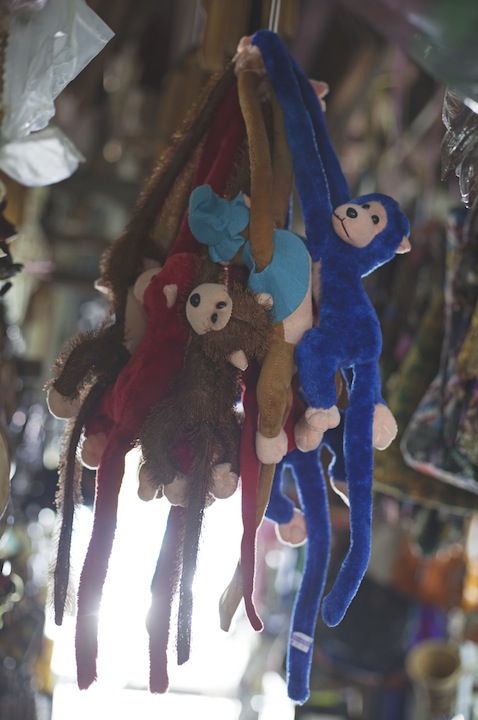 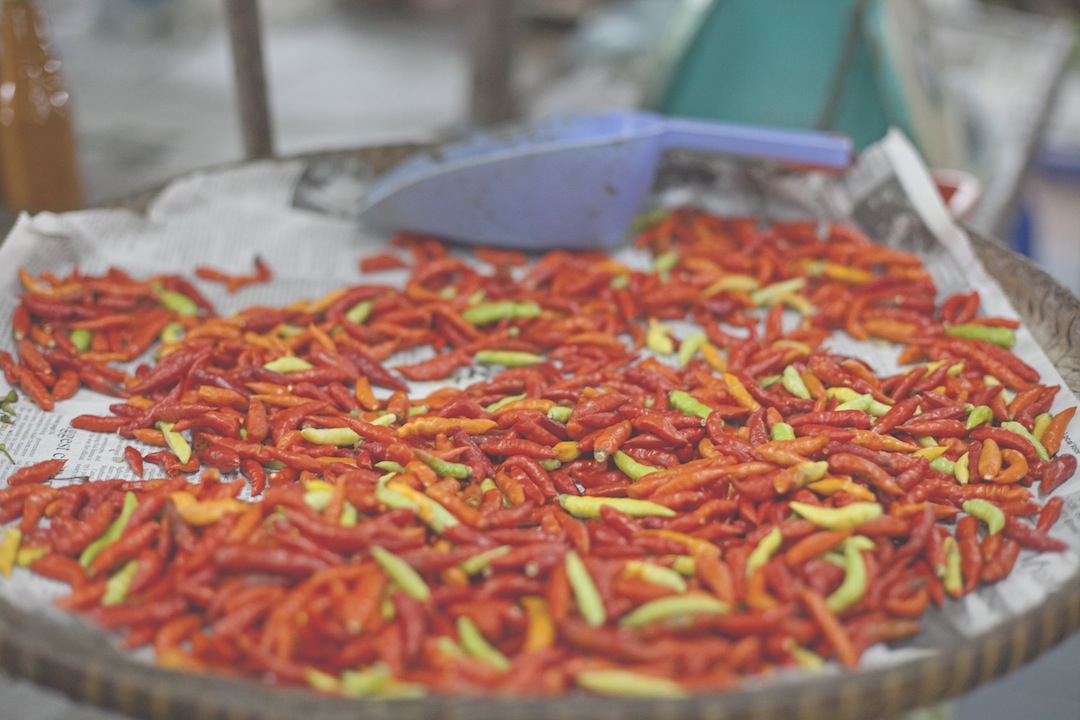 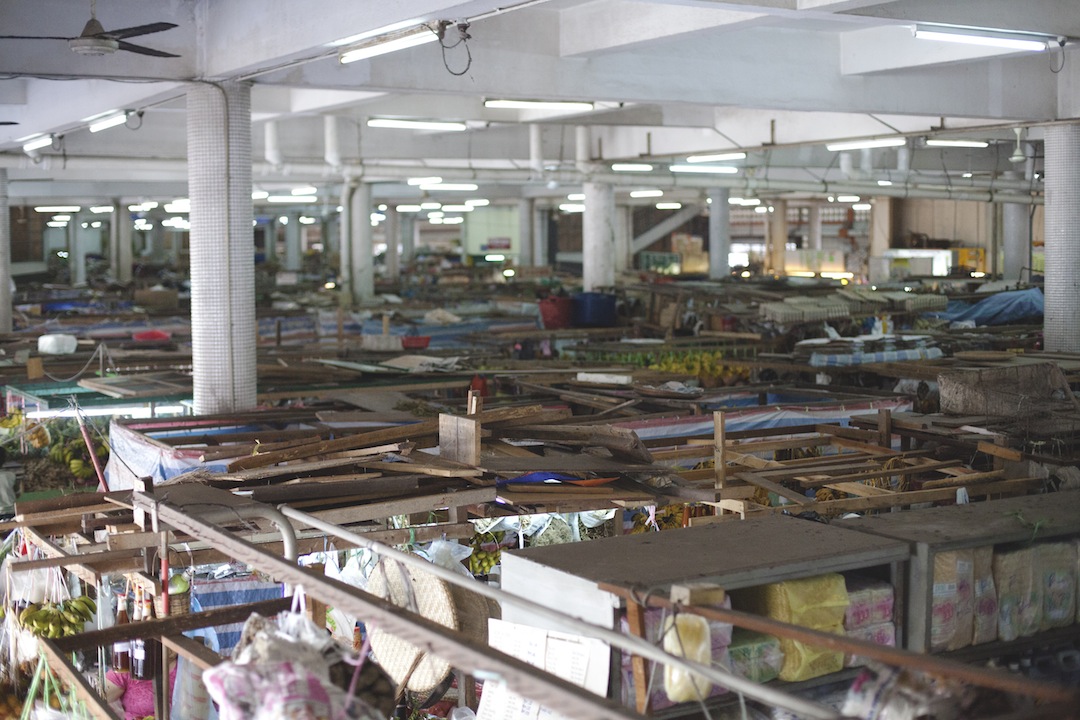 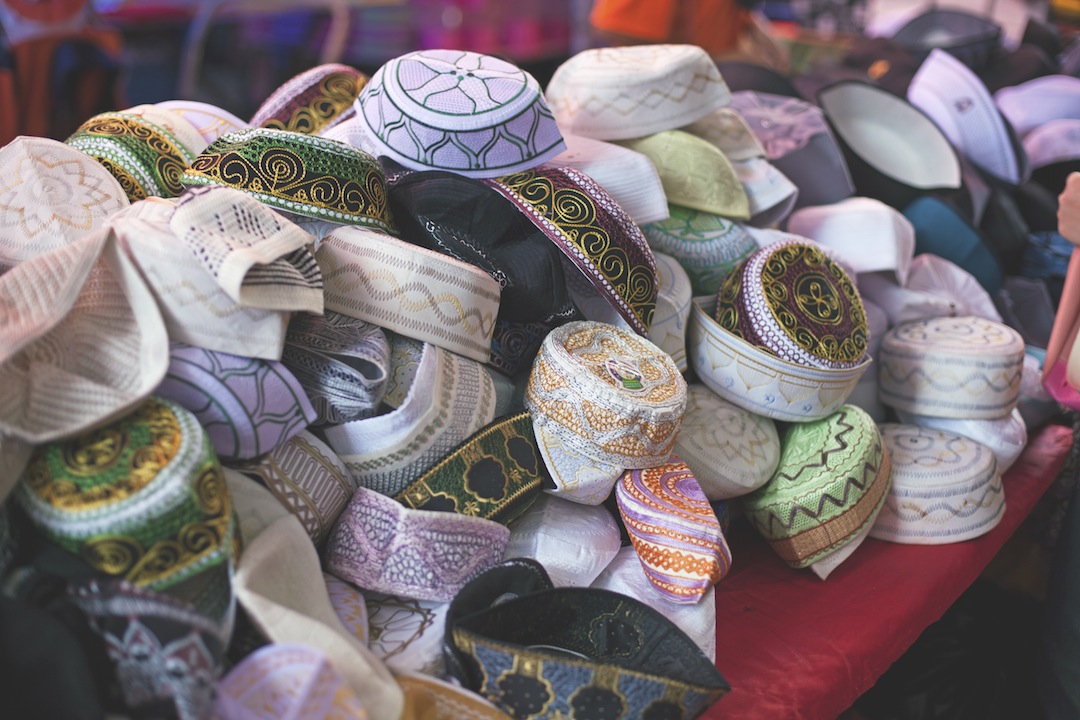 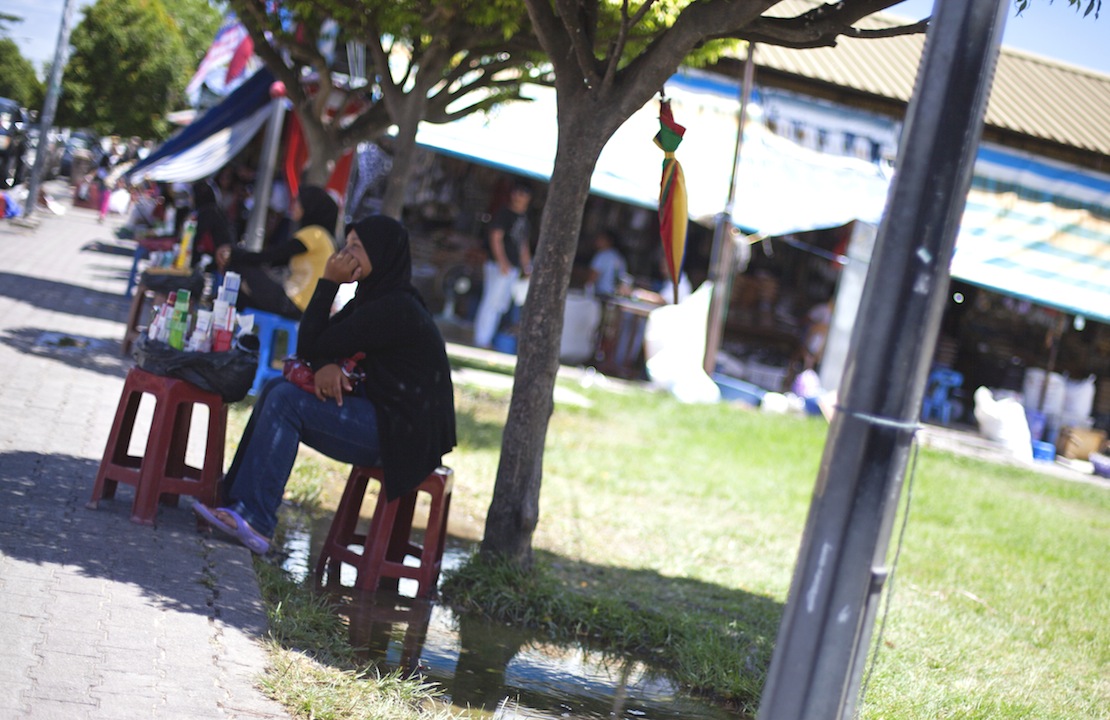 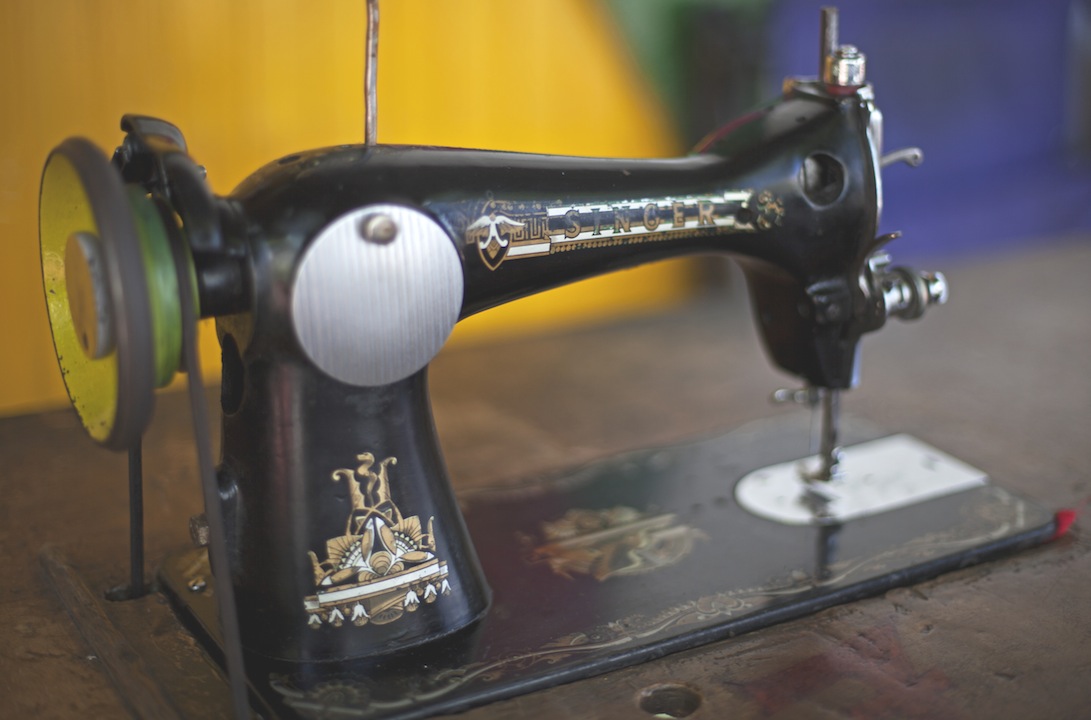 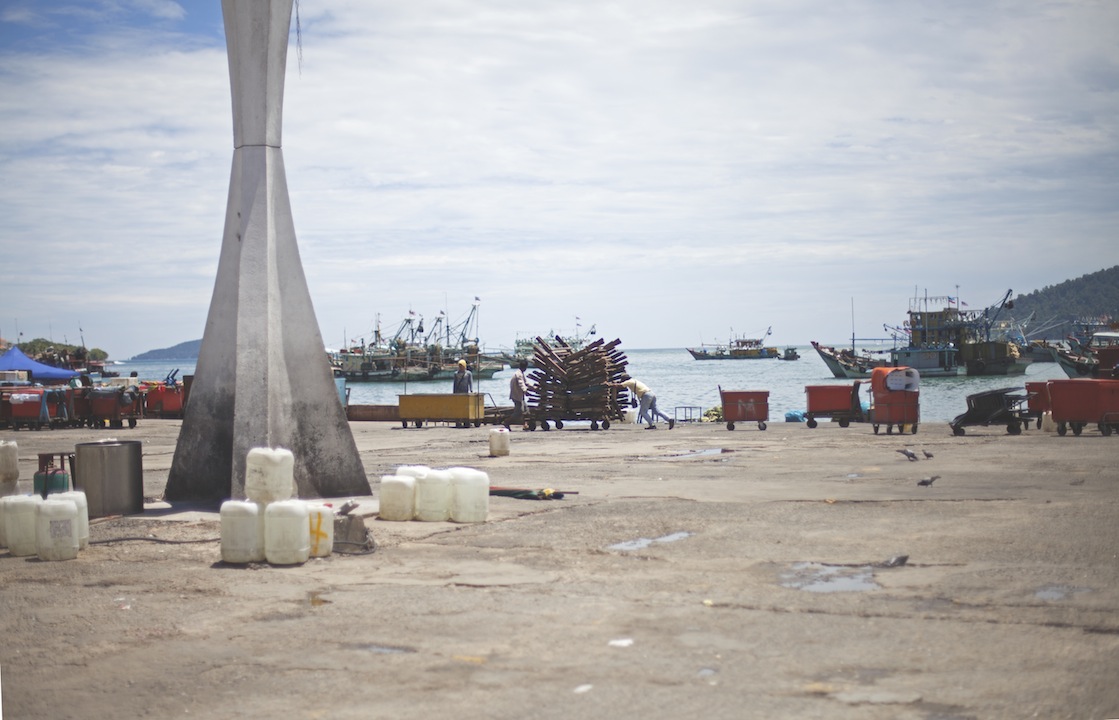 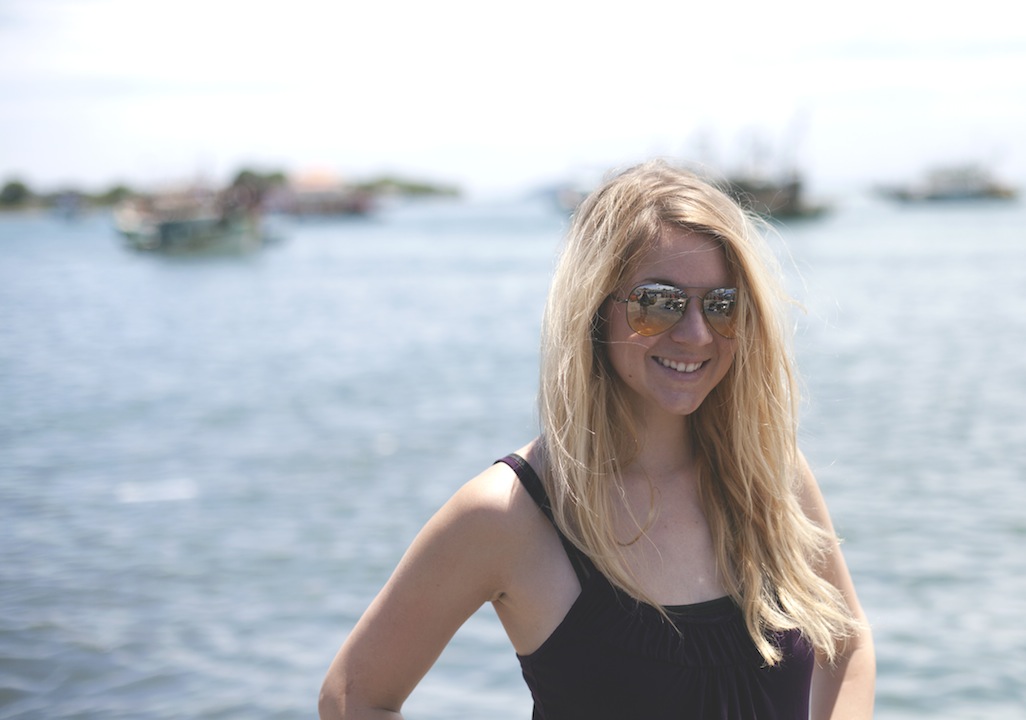 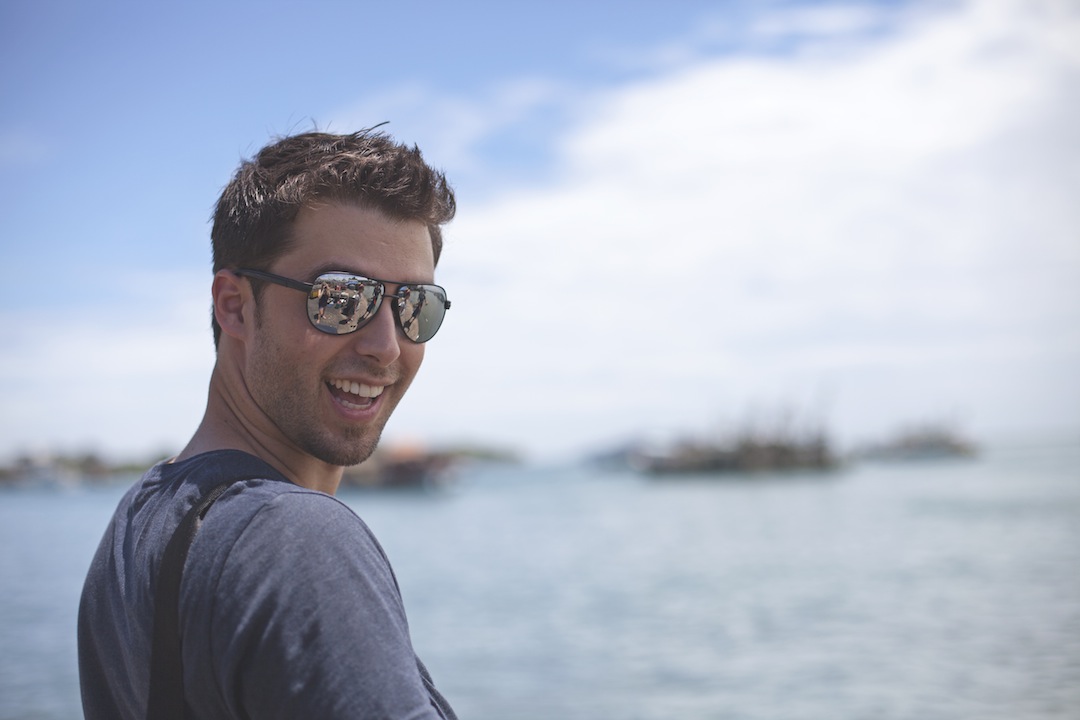 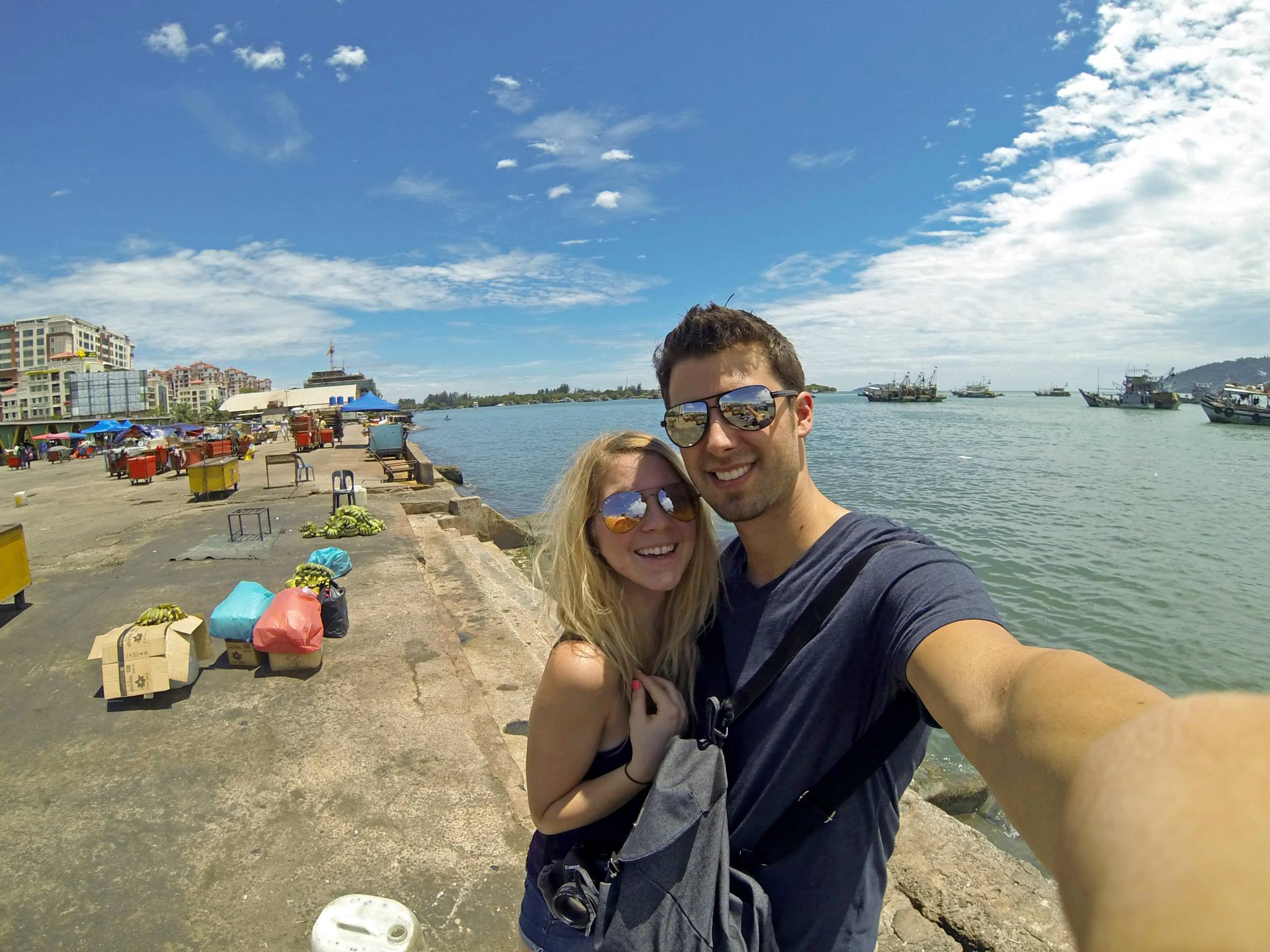 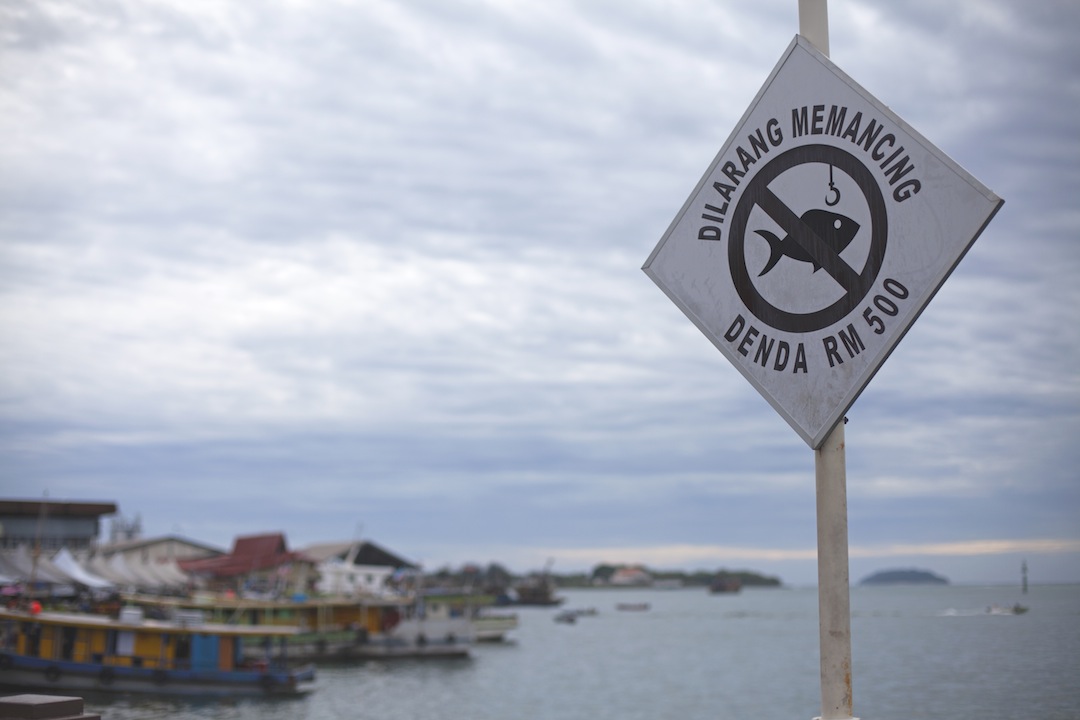 We had a great time exploring the city: drinking $0.50 cent fresh coconut juice, doing some shopping, watching the street tailors, observing the night market set up, and booking our snorkeling tour for the next day! We actually signed up to get our SCUBA certifications as well, but cancelled those later on due to the fact that we would burn through three entire days of our vacation in diving school. Sad day…don’t worry we’ll get them in Hawaii or Thailand. :) We’ve got this all planned out.

We miraculously found the right bus to get back on, and arrived  back at the resort just in time to catch the sunset, and find a sheep on the beach (oh the random things foreign countries hold). 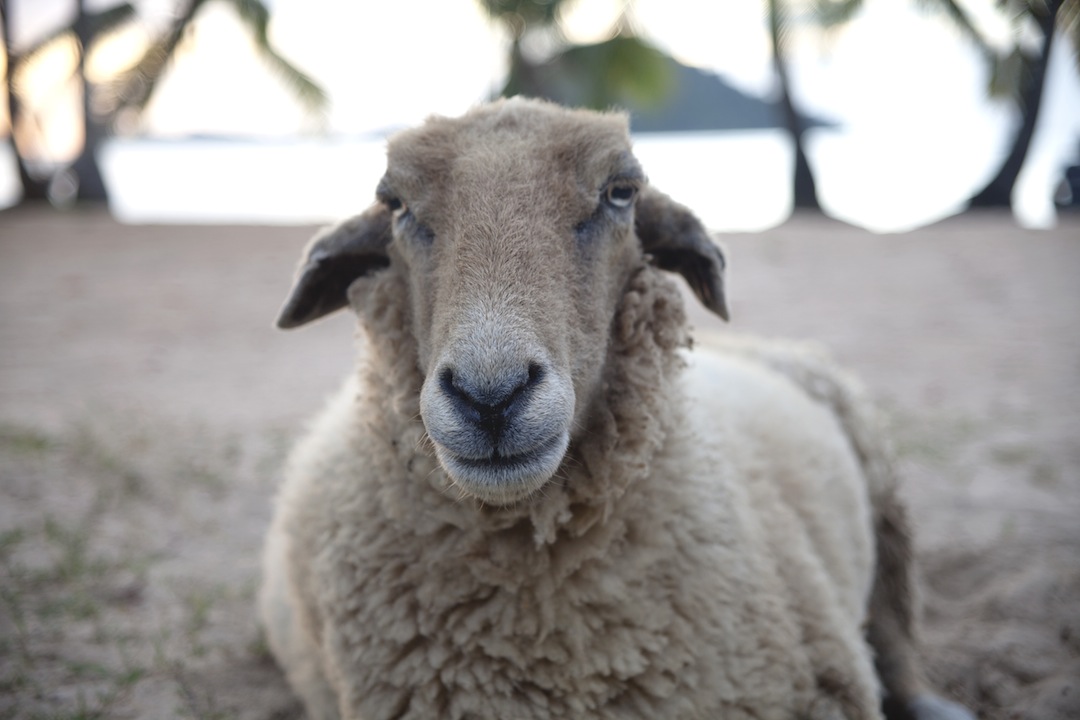 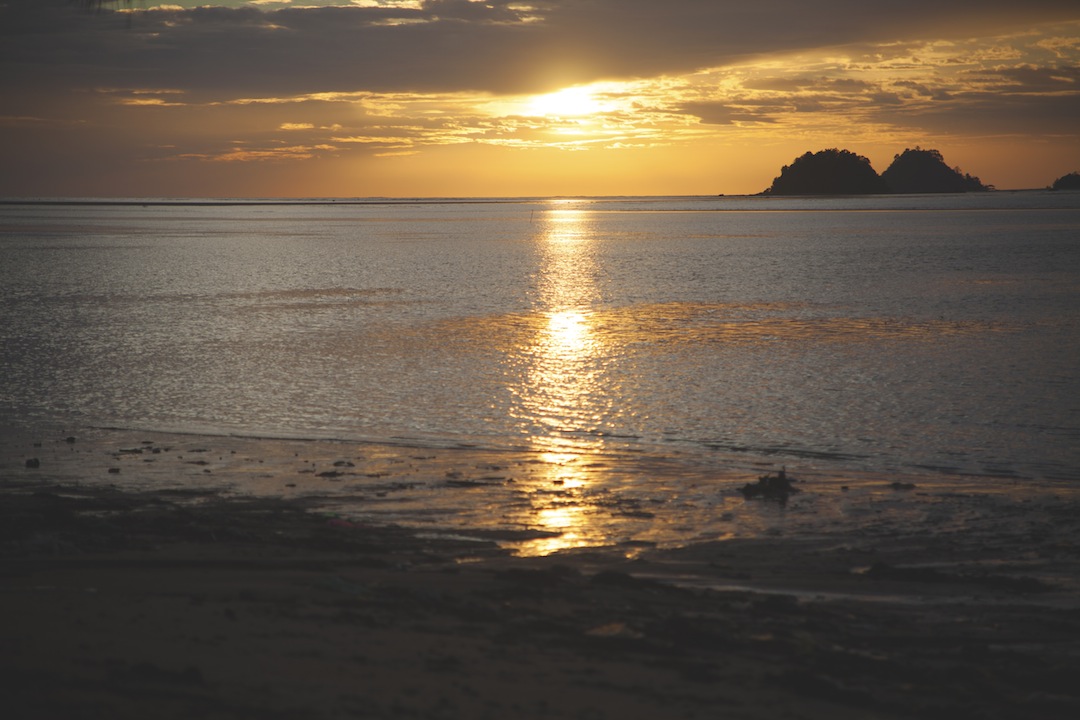