Today I have the pleasure of introducing you to Jessie. You may have seen her hanging out on my sidebar last month, and I was more than happy to share a few of her adventures via Twitter! She’s going to be introducing herself, but you should know that if there’s a person out there that deserves a well-traveled and courageous award,  it’s this lady! Please make sure you stop by her blog and tell her hi!

Amanda always shares interesting insights about the things she encounters every day living as an expat and traveling throughout Korea. Her stories, for me, stir up fond memories of the two years I spent living in Guangzhou, China, of my trips traveling around Asia, and of those visits to family in Taiwan every few summers as a kid. Those horribly Asia-fied and grammatically hacked English signs, weird snacks at the corner store, complete reverence to elders and children alike, and odd gifting customs are all things that, though are not a part of my every day life today, I find super endearing and somehow comforting in their foreign-familiarity—if there is such a thing as that.

This past summer I moved to Dar es Salaam, Tanzania. Living here is the first time I’ve been completely out of my comfort zone—where I had such little knowledge about a region’s language, customs, culture, and resources upon arrival. I had no idea how people greeted each other, no knowledge of the indigenous foods, and no single words that I could use to get me out of (or into) trouble—well, aside from the ever-popular “Hakuna Matata”, which really does mean “no worries”, by the way. It was all foreign, and none of it familiar. 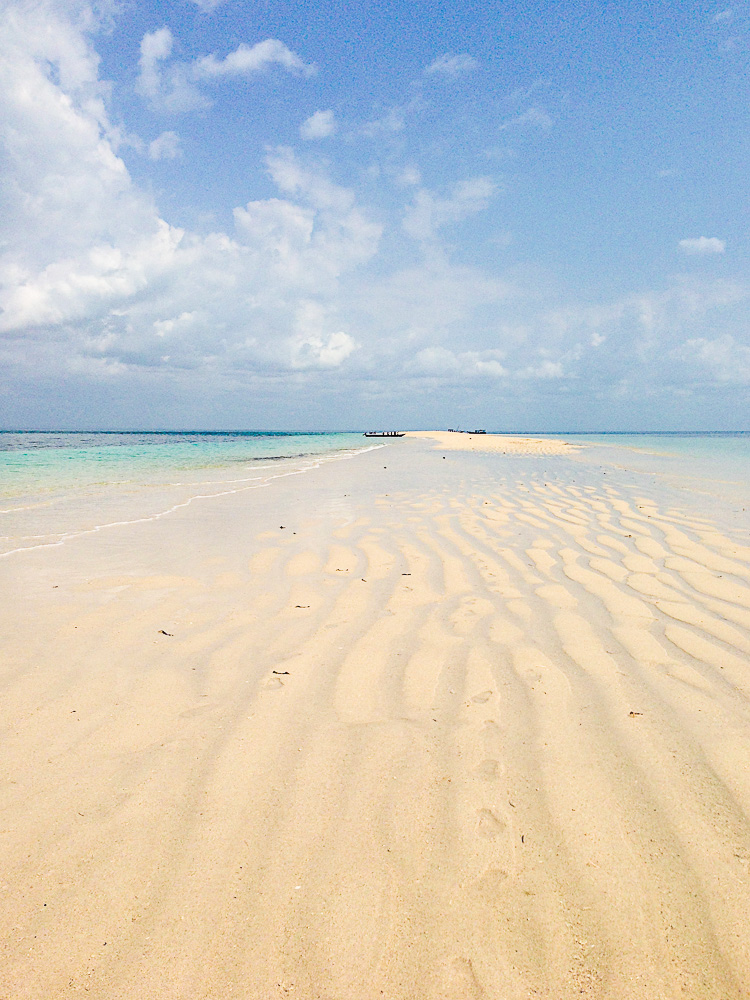 But in the last six months of living in Dar es Salaam, I’ve picked up some pretty interesting nuances about Tanzanian culture. Curious? Well, here are the big ones, along with ways I feel these norms stack up to my previously adopted Asian cultural norms. Because, as the popular saying goes in Thailand, “same same, but different.”

Slowly is a Way of Life Around Here.

This is something I learned, ironically, pretty quickly. The term “pole pole” (pronounced pohl-ay pohl-ay), could very well be the national motto around here…More than a melodic saying, it’s a way of life. Literally translating into “slowly”, where we Americans think that to slow down might mean to take it easy or to live with a little less clutter, the Tanzanian pole pole goes far beyond that. Pole pole means people don’t get worked up when things go wrong; that things aren’t done right away, heck, they’re not even done the same week; that a problem might get taken care of…or it might not—but that’s not of concern right now. Pole pole means, chill out, in every way shape and form. It’s a big step for me to pole pole, but I’m learning!

In many parts of Asia, certainly the big metropolitan cities such as Tokyo, Shanghai, and Seoul, people work and commute at breakneck speeds. There is a model of efficiency in all parts of life, and as a result, homes and cities work with maximum efficiency. Moreover, no excuses can be made for why something was left unfinished, and there is no reason why something should not be done to its fullest potential.

This is, probably, the strangest cultural thing I’ve found from living here. No one says “no” to your face. It’s actually culturally impolite, and looked down upon if you say no. Instead, you find other ways. Where you might say “yes” with your mouth, you also give a “maybe” with non-verbal cues, inflection of tone, or other ways—ways that I have definitely not caught onto yet! The biggest way this materializes here, is when you ask a Tanzanian whether they’ll be here soon, and the answer is always “yes”….you see where this is going?

Asian countries tend to be pretty tight lipped and even if you want something, it’s not polite to ask outright. I personally think this stems from a point of pride, where every citizen is taught from a young age to be self-sufficient, and is proud to provide and do for himself or herself.

…As a result, nothing is impossible

I’ve found that it’s always worth asking in this country. Because no one really says no, there’s always a way to make it happen. While this can be a pain if you’re on the receiving end, but as I’ve encountered many times already, it’s extremely helpful if you’re on the asking end.

Oh man, when I lived in China, I swear there was no such thing as “making things happen”. They either happened, or they didn’t. And if you tried to go through the horrible bureaucracy that inevitably lied behind every system, well, good luck!

Except for Taking Photos of Locals and Everyday Life, This is Almost Impossible. 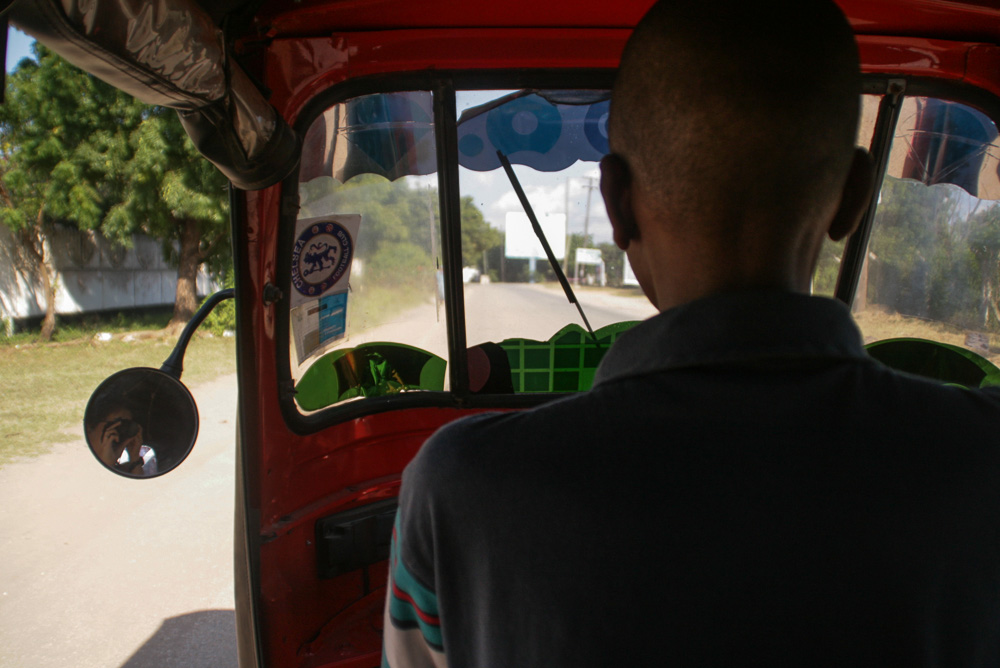 I’ve still yet to completely figure it out, but I’ve gotten yelled at, demanded money from, and straight up scowled at for simply having my camera with me (and that’s if I have it out at all, fear for it getting snatched out of my hands). I heard many different things, from the fact that Tanzanians associate photo-taking with foreigners taking photos of animals in the wild, to simply the fact that many local resent foreigners for coming in and creating a larger wealth disparity. All I know is, the way Tanzanians react to my camera, you’d think I were wielding a pistol or something!

There’s a reason why the “Asian tourist” stereotype always has a camera around his neck (along with knee-high socks and a cap). Maybe because the Far East has a long history of producing electronics, or because there is no shortage of tech and gadgets in many of the countries. Whatever the reason, I always felt comfortable with camera in hand wherever I traveled in Asia. Though I might get a few curious looks and a few people who ducked out of the photo frame as I snapped away, most were completely and utterly indifferent.

A Cost of Living Adjustment

I assumed that I would be saving so much money by living in Africa. Ha! I couldn’t have been more wrong. Where this may be the case in more rural villages and remote parts of this and other African countries, urban African living is EXPENSIVE. The root of this comes from the lack of infrastructure and high import and export expenses and tariffs. A five pound box of detergent costs me $18 here. A small bunch of grapes is about $5, and a tube of toothpaste is around $4.

The every day prices here are definitely on par with big-city living in Tokyo and Seoul, if not even more, which is certainly a shock. Most Asian countries have excellent infrastructure in place so transport costs are kept to a minimum, plus many goods and consumables are produced in-country. And as far as travel costs go, it doesn’t even compare. Southeast Asia reigns for excellent and cheap travel, where the tourism industry has been highly developed, creating a market is both competitive and cheap and that benefits both the local economy as well as tourists alike. 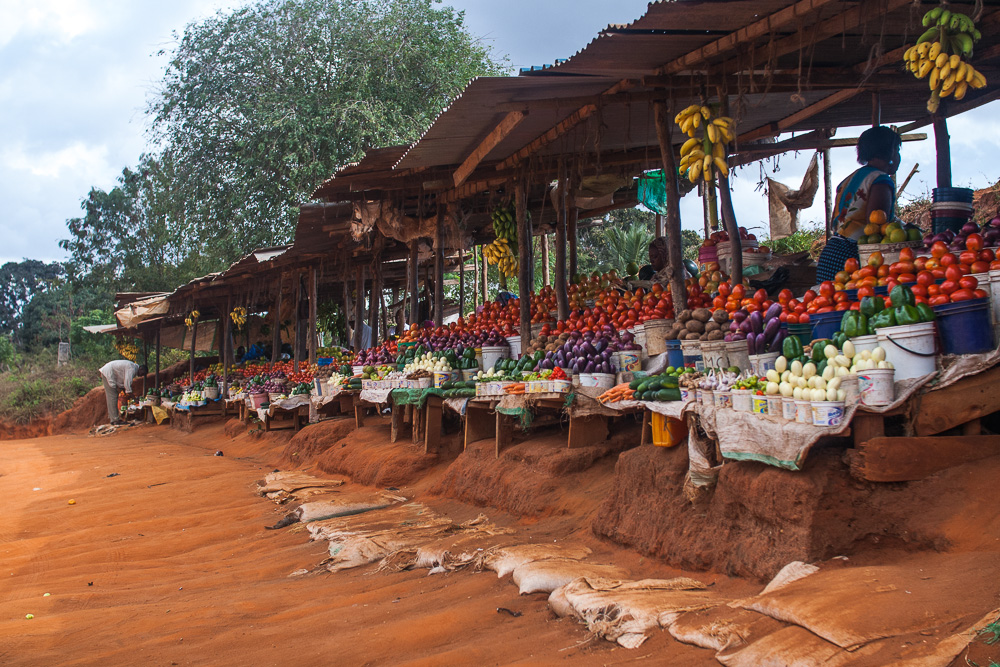 Family is huge here. But family extends far beyond immediate family into the community, which is a huge part of Tanzanian culture (and a huge reason why people simply can’t say no to others). Communities look after one another’s kids, live under the same roof, pay for each others’ bills. Elders are called Mama or Baba, any woman is your dada (or sister), and man is your kaka (brother). Though I felt it strange at first, I’ve really picked up on this aspect of culture, and have come to love referring to people as brother or sister.

Immediate family is pretty important in Asian cultures, but I feel like that family sense ends in the home. Neighbors aren’t readily available to extend invites, and it’s not atypical to see curtains drawn and doors locked.

In East Africa, being a foreigner immediately warrants being classified as a muzungu, which literally translates into “white man”, which has become a catch-phrase used for any foreigner from any country these days. Kind of like in China, where they call any foreigner a laowai. What are we called in your country? For this outsider-ness, this classification into “other”, all we expats can relate. But with a bit of time and a bit of understanding,the exotically foreign becomes a bit more familiar. For some of us, we might even venture to call what was once so foreign “home”. Here in Dar it’s been pole pole to understand it all and call my new surroundings home, but as I’ve learned, it would be culturally inappropriate to say no to the possibility.