I love Korea. I really do. We’ve lived here for almost two years and have no plans of moving anywhere else soon. We have so many opportunities here, and can’t ignore the fact that it’s allowed us to experience so many wonderful things! I never would have dreamed my life would be like this a few years ago, yet here we are.

I can’t say that we’ve completely gotten over the culture shock of living in Asia. I’m used to being surprised on a daily basis. I’m used to  getting right in the middle of random, weird situations. I’m used to food prices being outrageous. However there are certain things I just cannot get past. I don’t understand, and I don’t think I ever will. Sorry Korea, I love you, but I just don’t get it.

1. The driving – It’s bad, real bad. Derik even asked his adult students (all Korean) what they thought of their driving. They answered, “It’s terrible.” Everyone knows it, and everyone who’s been to Korea can testify that this country has some of the worst drivers in the world. I have never  experienced road rage back home. Then I moved to Korea. I can’t even begin to explain all the issues, but basically their rule of thumb is ‘look out for yourself and no one else.’ I’m talking people on a side street pulling out on the main road like they have the right of way, going 20 mph in an 60mph zone, running lights, parking in the road, not looking while you’re changing lanes (almost being sideswiped is a daily occurrence), driving down the wrong side of the road, turning left when you’re in the right turning lane…

Seriously. The list could go on and on. My personal favorite is the competitiveness while driving. Don’t even think about putting your blinker on if you need to change lanes. 80% of the time the person behind you in that lane you’re wanting to change to will speed up so that you can’t get in front of him. Never mind if there’s a 3 car gap to change into. You’re just not going to do it in front of him.

2. The food – It’s Asia. I have however had some of the best food in my life in Asia, just not Korea. I’d have to say Vietnam has been the best food-wise with Japan at a close second. I’m optimistic that Thailand will pull though with some yummy meals, but I can’t say Korea even made my list. Some people absolutely adore Korean food. Me? Not so much. I’ve never been a fan of anything spicy, and 90% of meals here are so hot they don’t even have a flavor. I’m also not a fan of fermented cabbage (Kimchi) or beondegi (boiled silkworms), but to each his own. 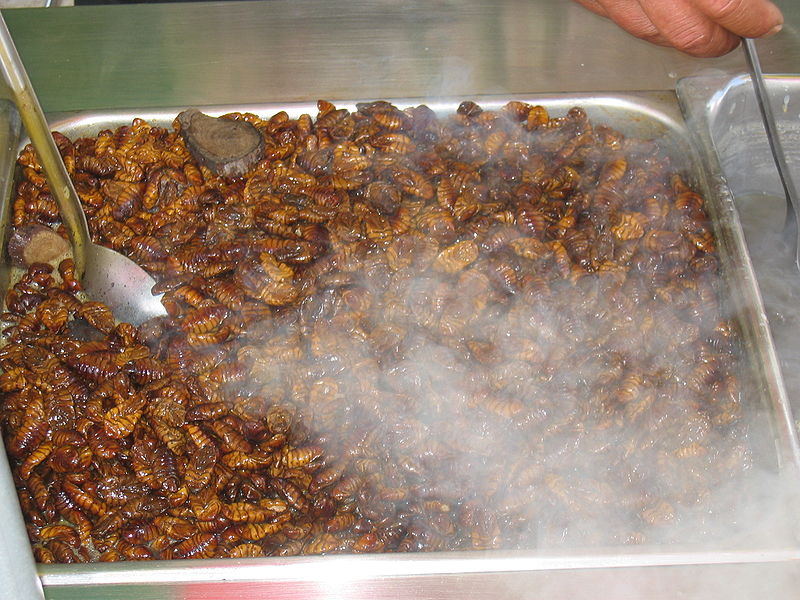 3. Asian metabolisms – Here’s something I wish I had. I have never seen people eat so much food and be so skinny! My husbands adult students have to eat every 10 minutes it seems or they start complaining. My kindergarten and elementary students are constantly bringing food to class. Usually ice cream before class and chips after. Not to mention all the candy they eat on break. How can someone eat so much junk food and not get fat?  The only answer? Asian metabolisms. Frick. IF ONLY. I eat one portion of chips or french fries and I feel bloated and gross for days. Sigh.

4. Drinking – It’s probably due to their high metabolisms, but how can so many manage to get so drunk on the week days and go to work the next morning? I know firsthand that Soju doesn’t wear off easily. The ‘party hard on the weekend’ rule doesn’t apply in Korea. It’s more like ‘party hard when you want to.’ It never ceases to amaze me how many drunk people you see stumbling around at night. It’s amazing they all make it home. Well most of them – this guy didn’t get all the way there.

5. Mold problems – I have never seen so much house mold in my entire life. Due to the rapid growth rate in Korea, housing is being thrown up all over the place. The problem is, construction happens very quickly and proper sealing isn’t done. The concrete structure starts to sweat with the changing seasons, and behold, you have mold. Unfortunately, instead of fixing leaks in the structure, most building owners and landlords will just cover the problem area with wallpaper. I guess the whole ‘out of sight, out of mind’ motto applies here? Our last apartment was so bad I spent 9 months out of the year sick. We thought we had beat the problem moving into a semi-newer apartment (maybe 5 years old or so?). Nope. This year Derik is sicker than a dog and had to go get an inhaler just last week due to breathing problems. 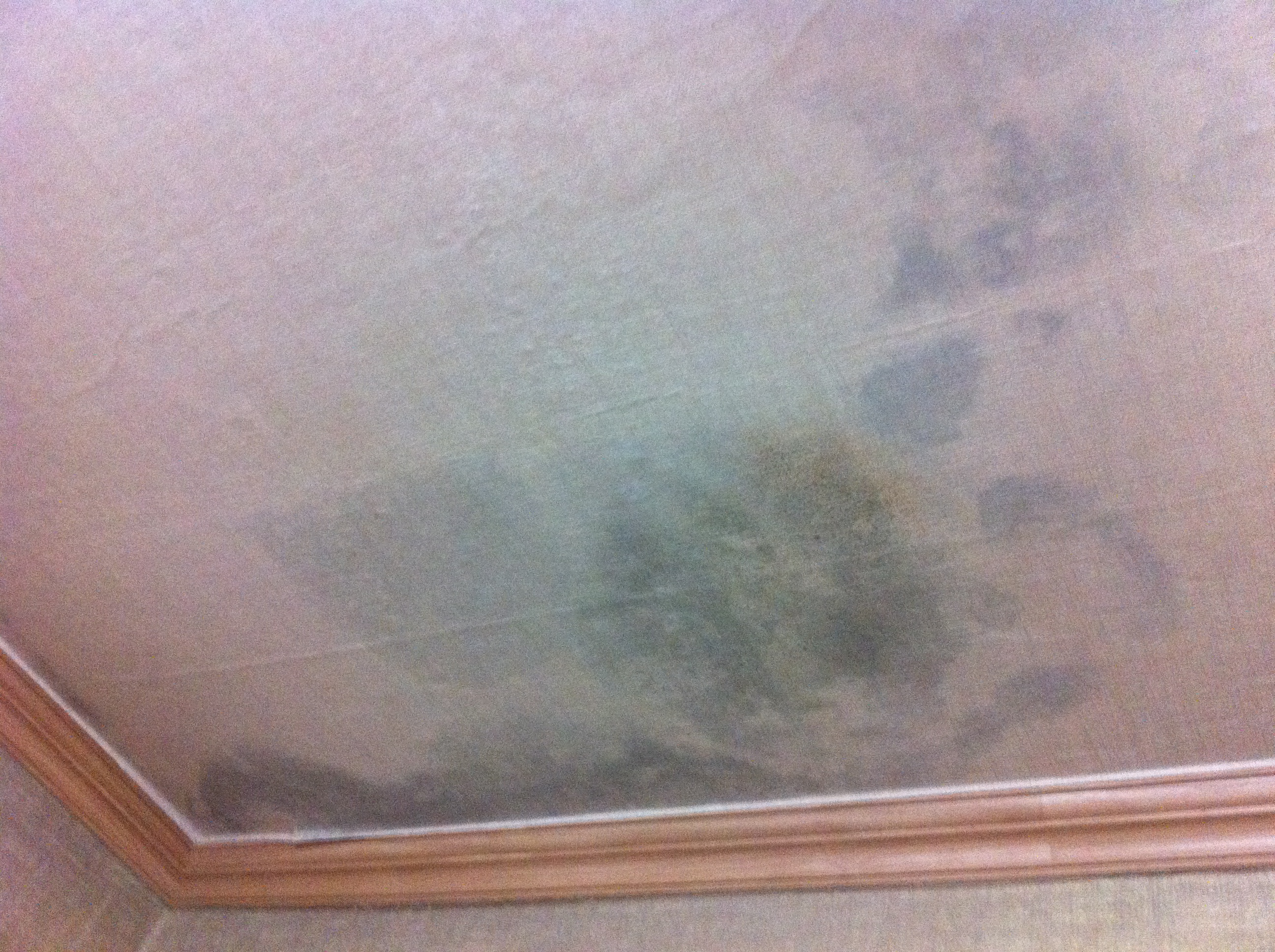 6. Bodily noises – I just can’t get over this. It’s probably our fault for living in an apartment complex that mostly houses men who work for the shipbuilding company down the road, but really? I don’t know how many lougies are spit on a daily basis. I’ve also heard multiple people toss their cookies in our parking lot, as well as burp so loud it could be heard two blocks away. Classy.

2. Racism – It’s a terrible thing when your 5 year old student comes up to you and says “I hate Japan. Japan can die.” Geez kid, what did they ever do to you!? When I ask them why they just say, “Japan is bad.” It’s a country thing. I know Korea was under Japan rule from 1910-1945, but the hatred towards the country to the east will never die. I understand terrible things were done under Japanese rule. I understand old generations still alive today actually felt and went through Japan rule. I get that it really wasn’t that long ago. But when you raise your eyebrows at me and ask me why I would ever want to go to Japan on vacation? I can’t help but give you the side eye. Japan is one of the prettiest countries I’ve ever been to. No amount of my stories or pictures stories are ever going to change minds here.

Do we even need to talk about the fact that resumes require photos in Korea? Why? So they don’t hire someone that’s ugly or the wrong color. It makes me sad. No wonder there’s such a huge market for plastic surgery here. It’s required that you look pretty to get a good job.

And then this JUST happened while I was writing this post.

Yes. I love Korea. I’m not sure why some things happen and I just don’t understand parts of this cultures lifestyle. The racism thing makes my heart a little heavy, and I’d be lying to you if it didn’t change the mood of this post for me. I was going to end this all funny and witty and then life happened. Sigh.

I can say there are times when these things I don’t understand get the best of me. I wish I was back ‘home’ in the good ol’ US of A and I didn’t have to worry about all this or try to make sense of it. I love the opportunities we have been given in this country. I love the ability to travel. I love my job (for the most part).

There are just those days…