A few months back I wrote a post about some of the random things/situations I get into as an expat living over here in Korea. Here’s the thing. Stuff like that happens every darn day. I try not to bore you with my ever so frequent, tiny, little mishaps and adventures that obviously come about by living in a foreign country completely different than my own.Here’s the thing though. I can’t ever keep anything to myself. My husband has grown indifferent to my misadventures (remember how I said they happen every day?) and usually just shakes his head at me. But not the Twitter world! I’ve just gotta get these moments out there, and twitter has seemed to be the best way to do it.

I went back over the last couple of months on Twitter (because for some reason that’s all it will allow me to do) and found a few of my favorites.

On the subject of Beauty and Style: 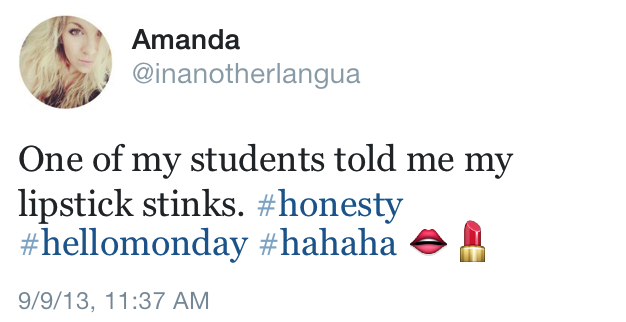 On the subject of Entertainment:

On the subject of Driving: 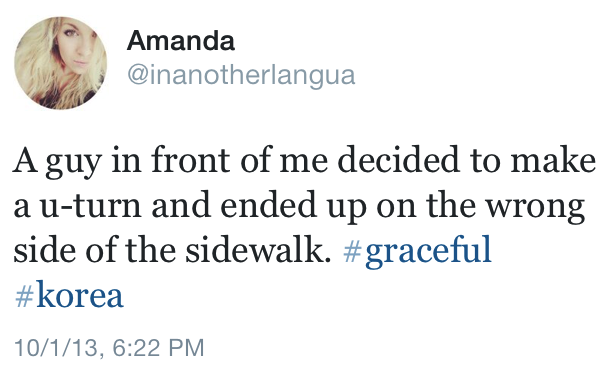 On the subject of Speaking English: 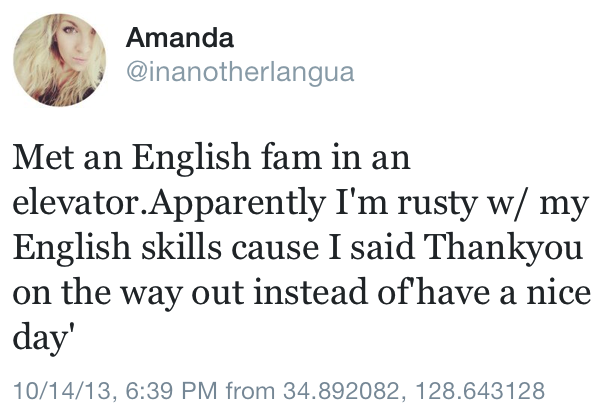 On the subject of Food (Just had to throw in a text I tweeted that my husband sent me…he gets in random situations too!): 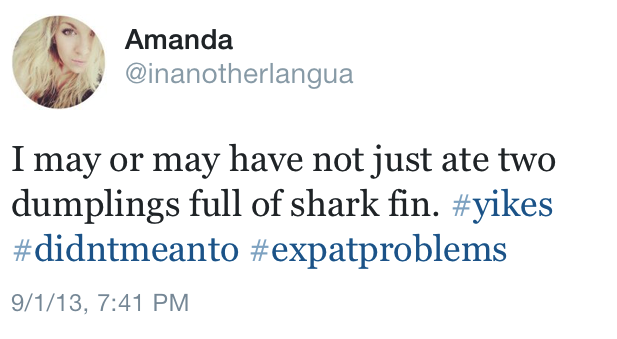 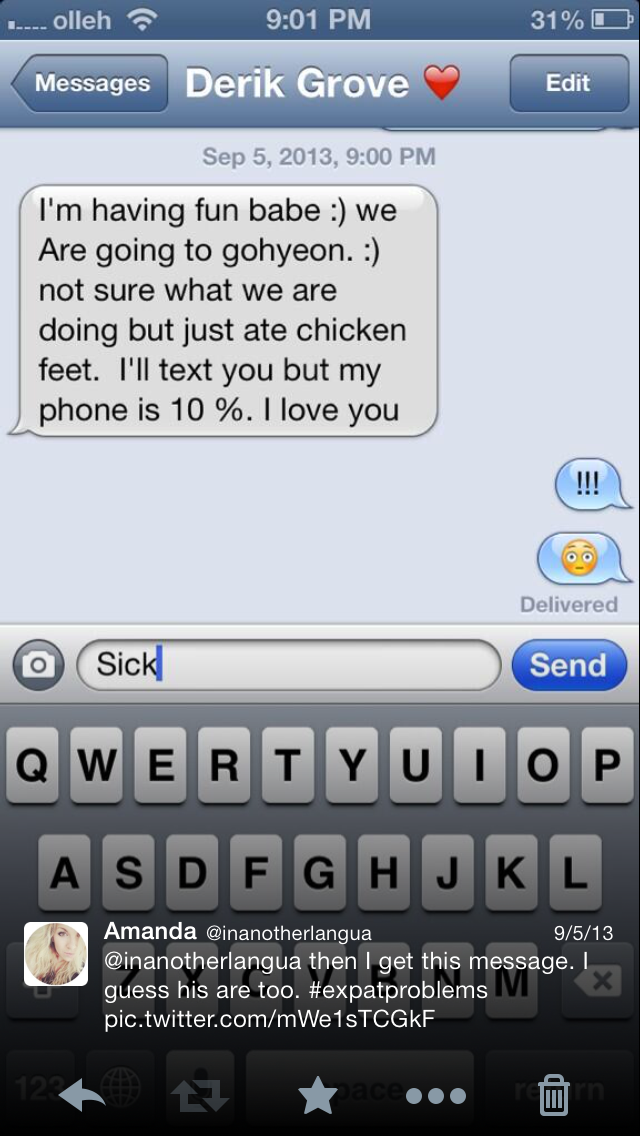 Last but not least, on the subject of Gift Giving (the caption explains all you need to know). 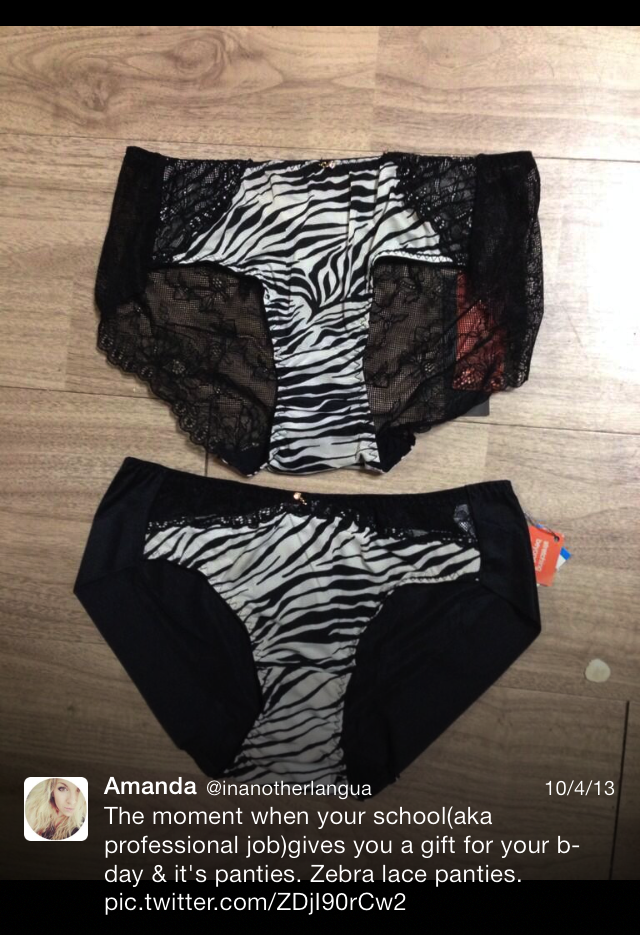 The best part? These tweets only cover the last two months.  Imagine how many more random/strange/weird/hilarious things have been tweeted about/are going to be tweeted about. And now, I can (brilliantly) share them on my blog for all you Twitter-less readers. For the rest of you, here’s a shameless plug that you should go follow me and hopefully get a good laugh every now and again.