Can I start by being honest here? I think monkeys are the most unpredictable animal on the planet, and should not be trusted. I am  scared of them (don’t be fooled by the cover photo above), but that doesn’t usually deter me from visiting a place that has monkeys.  Is it okay to be scared and fascinated at the same time…especially of a creature that won’t likely harm me? We had previously visited Monkey Forest, Ubud back in 2012, and couldn’t help but “walking down memory lane” with a revisit last summer. There’s something magical about Monkey Forest, and it keeps drawing me back,  despite the fear I have with its main attraction. Magic I tell you. 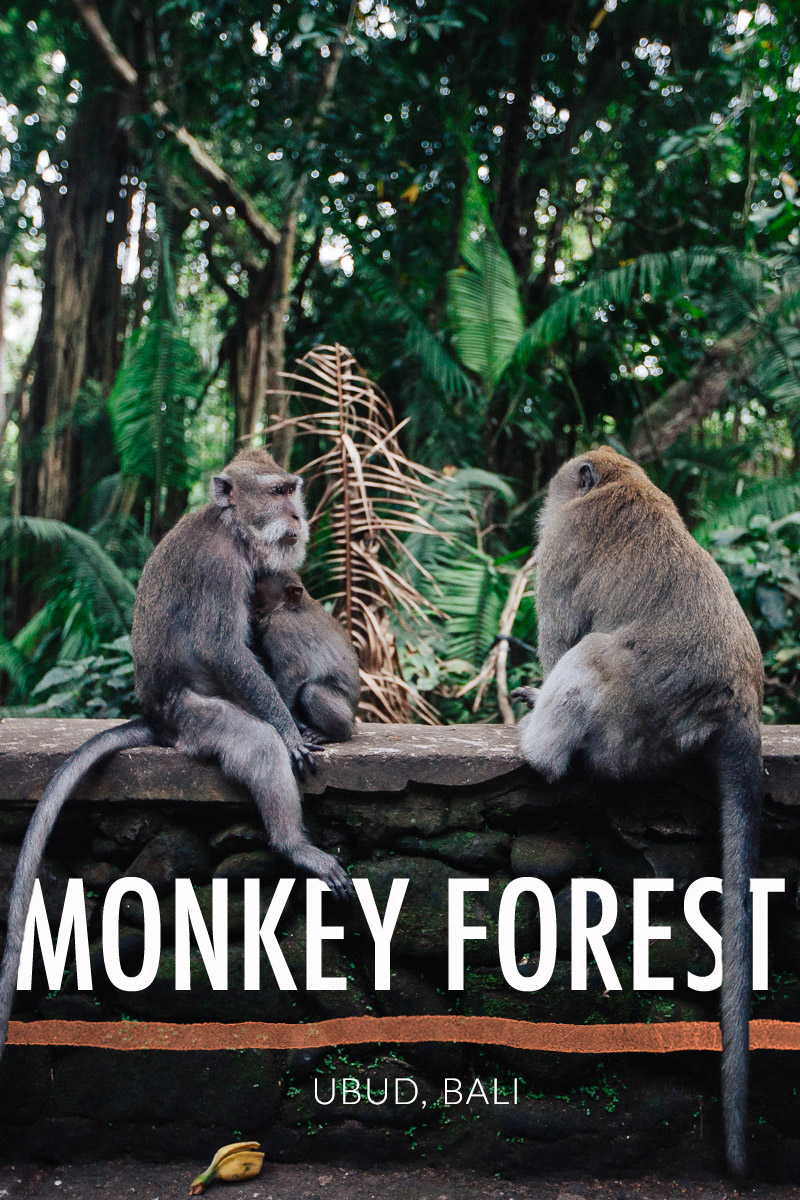 The particular day we re-visited was in late June, and at the height of tourist season. We try our best to avoid large crowds, but sometimes it can’t be helped. We arrived at the forest as early as possible, but I guess everyone else got the memo to go early too. Because of this, our Monkey Forest adventure wasn’t quite what I had hoped it would be: just us and the monkeys roaming around ancient ruins and through gigantic jungle trees, listening to the sounds of nature and eating bananas. Oh well. 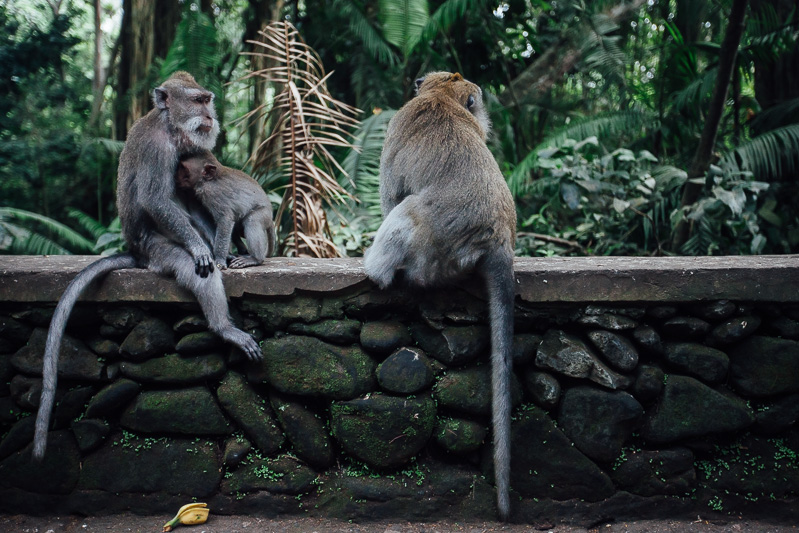 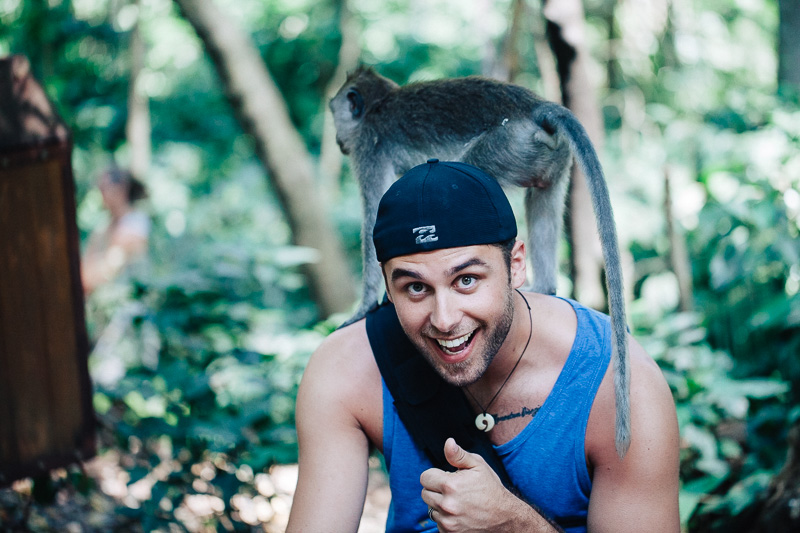 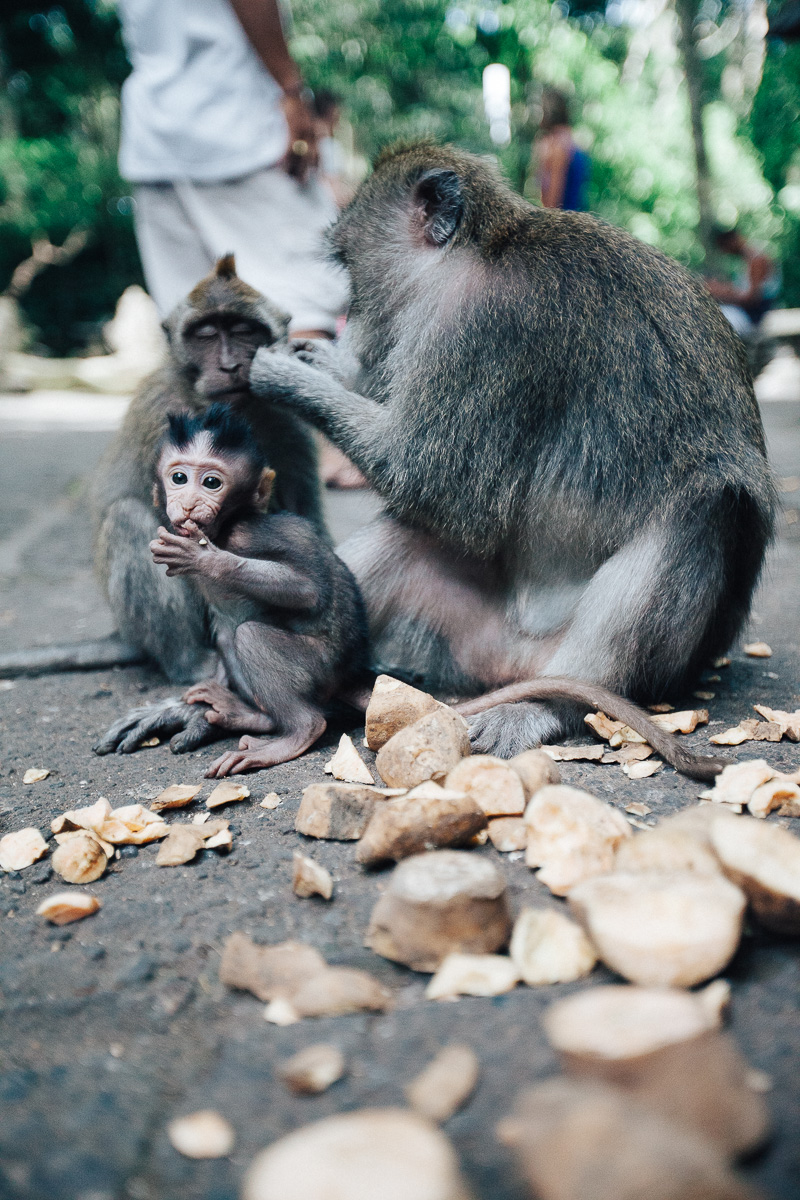 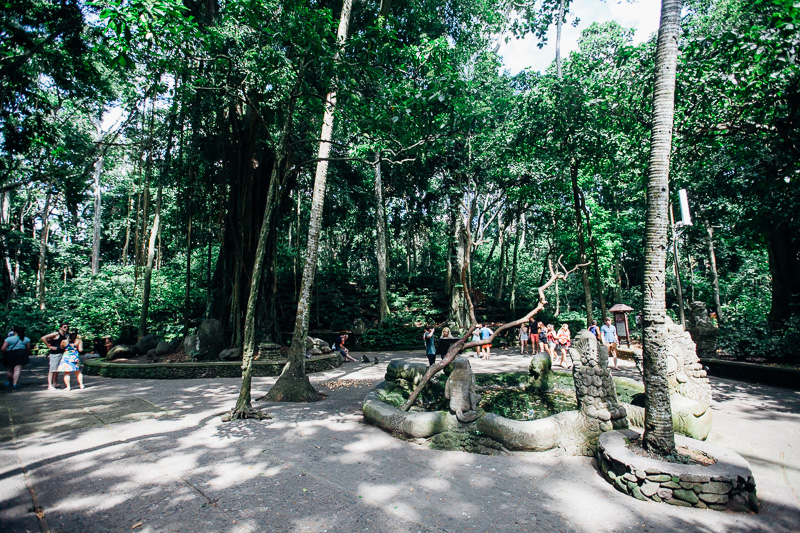 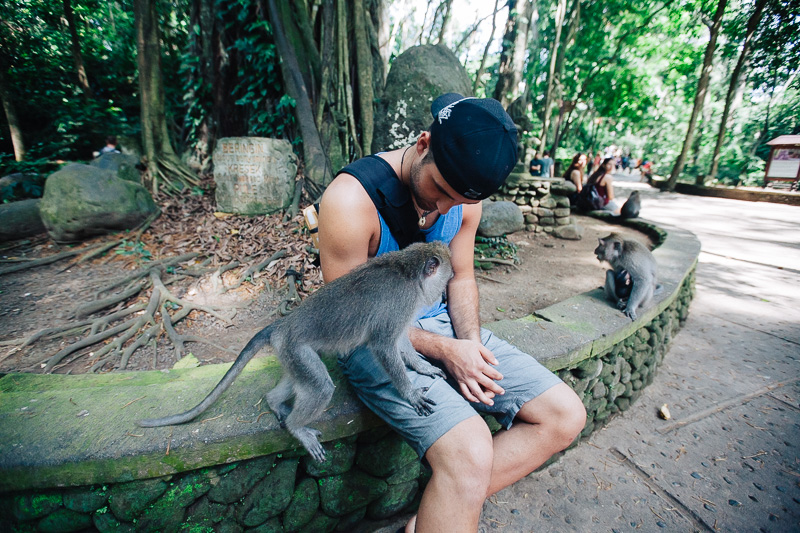 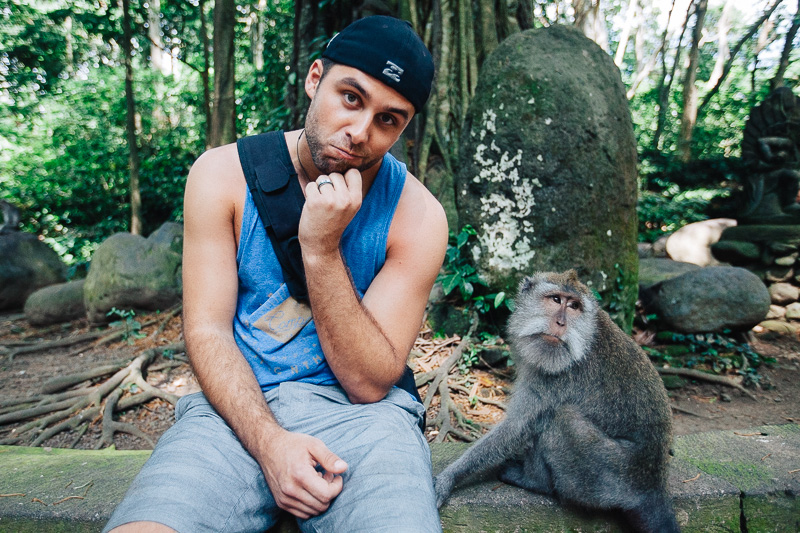 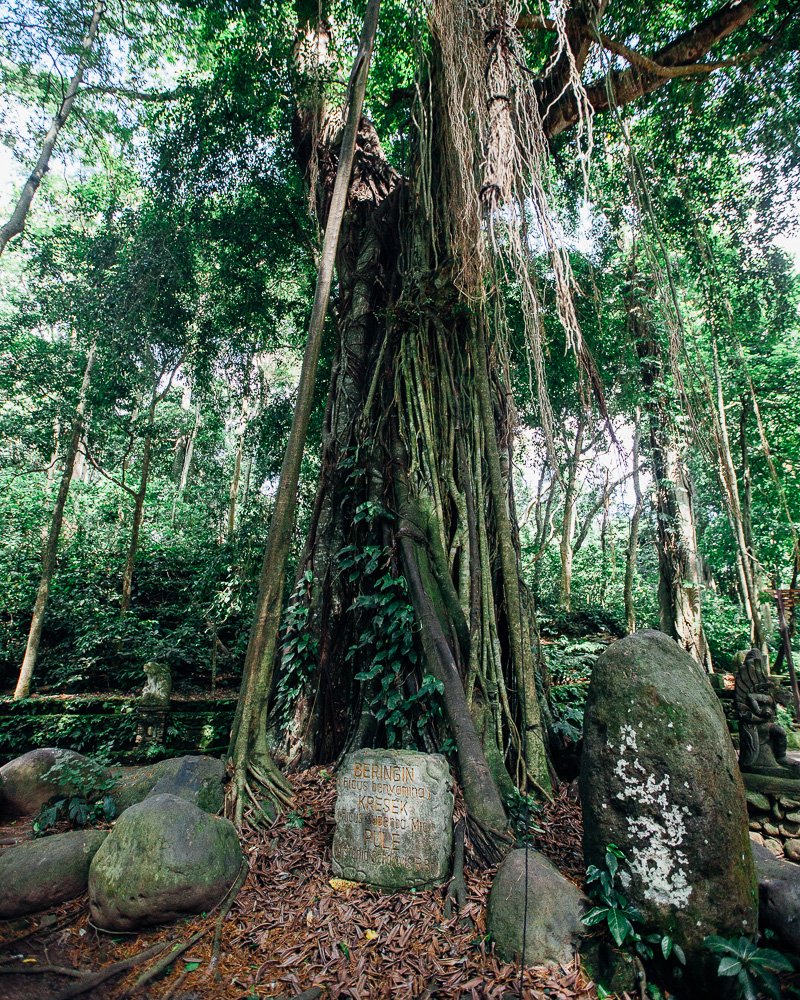 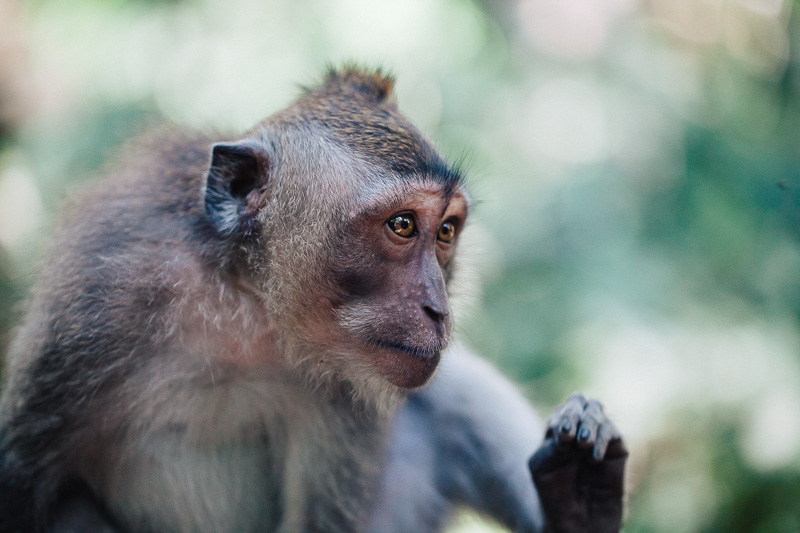 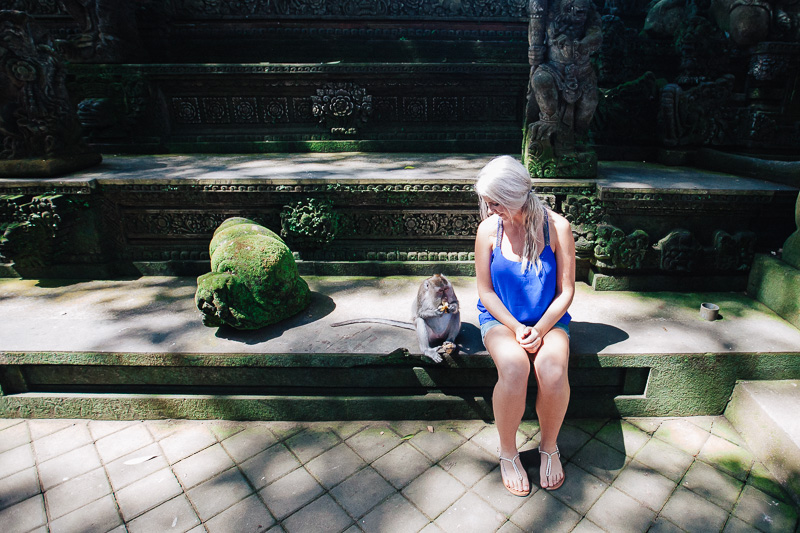 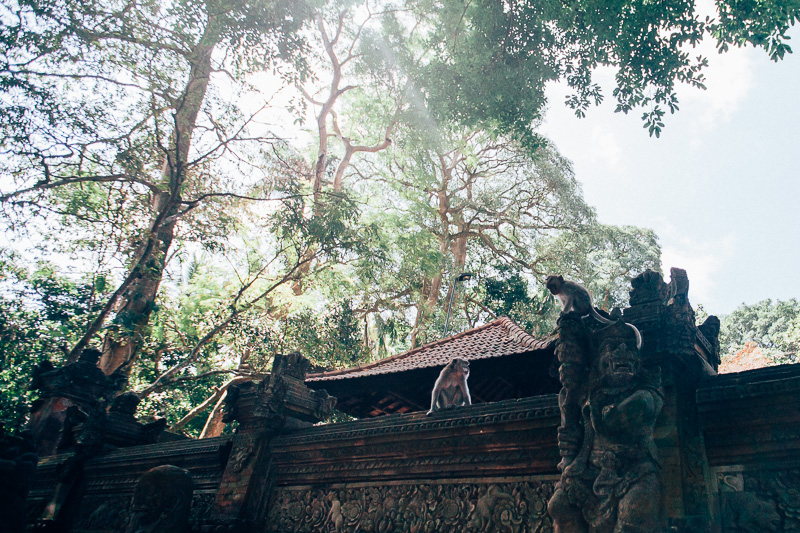 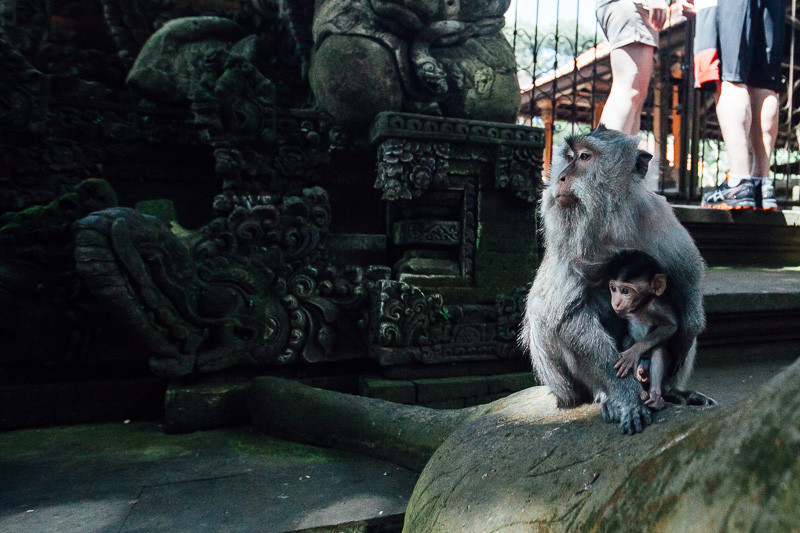 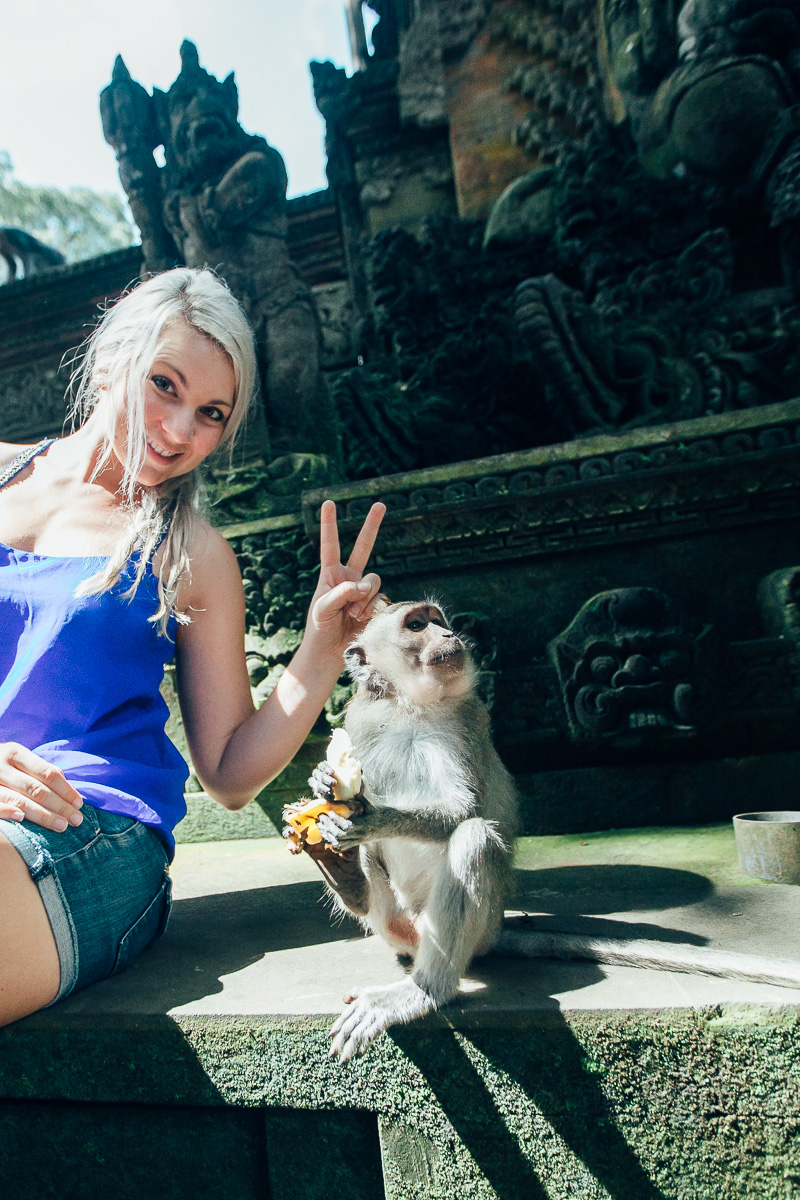 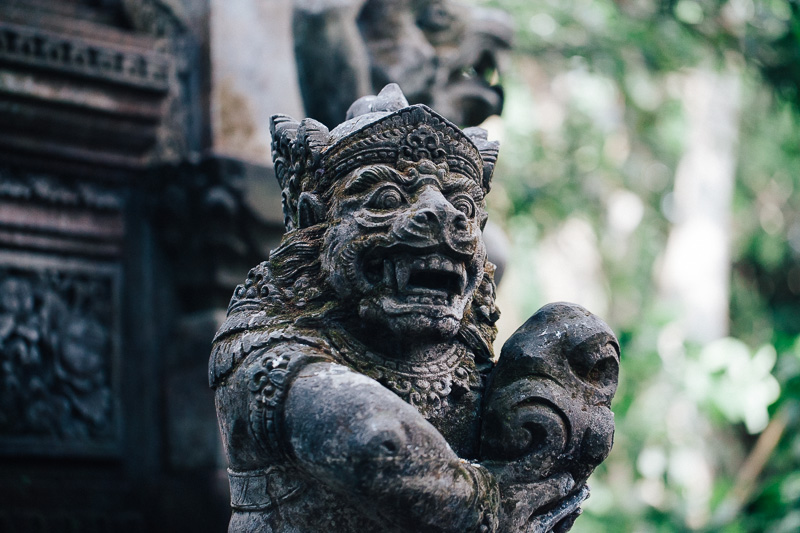 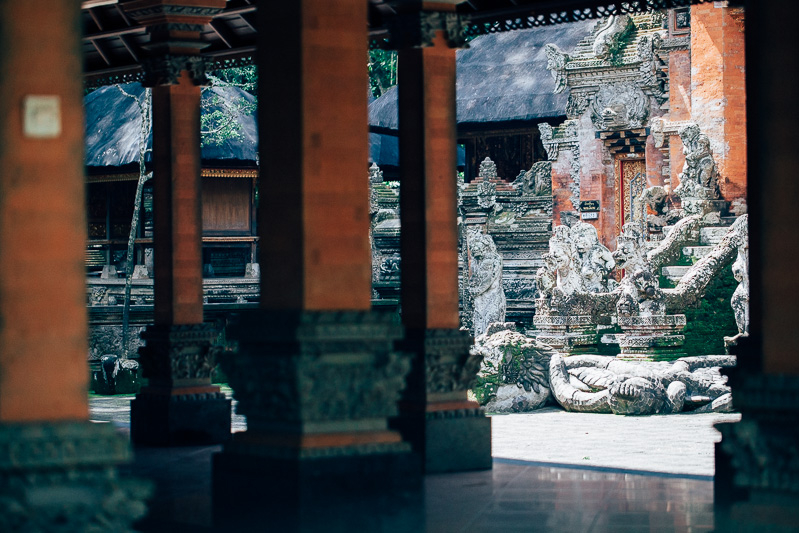 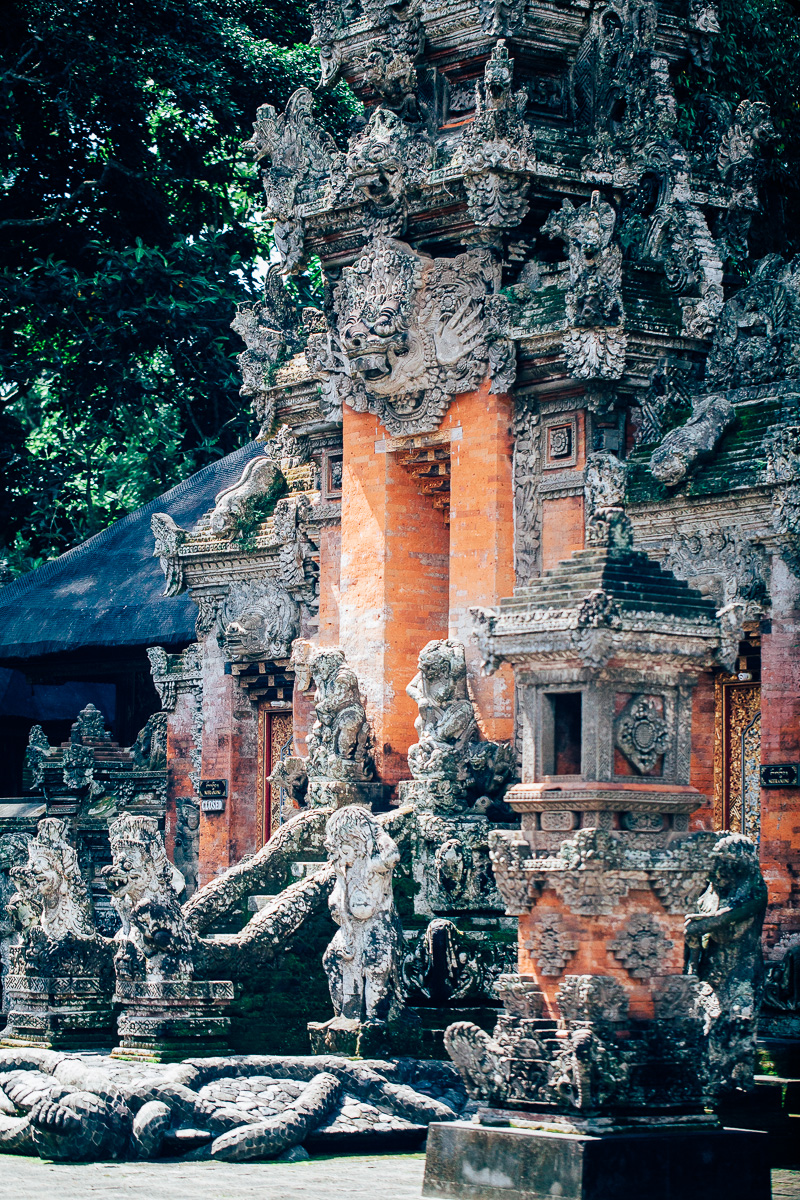 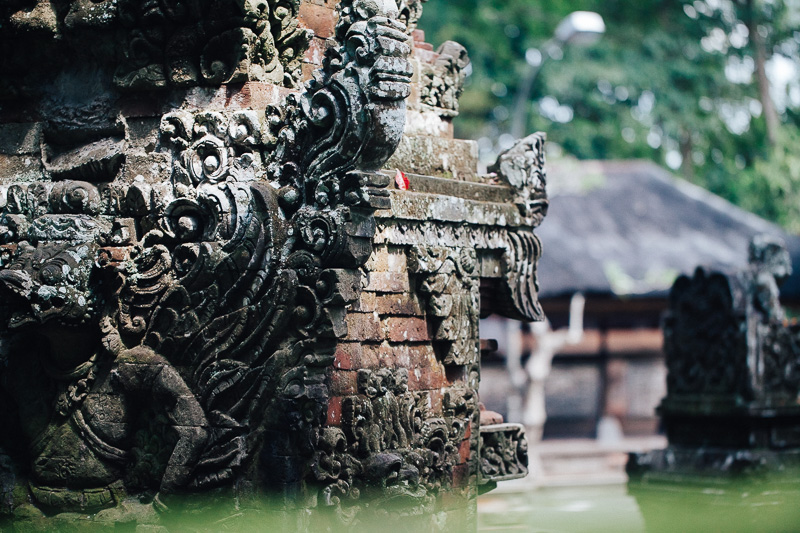 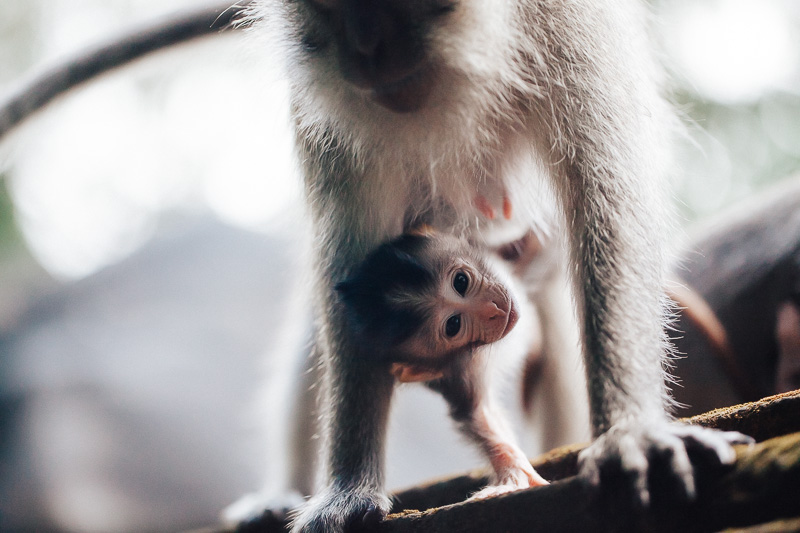 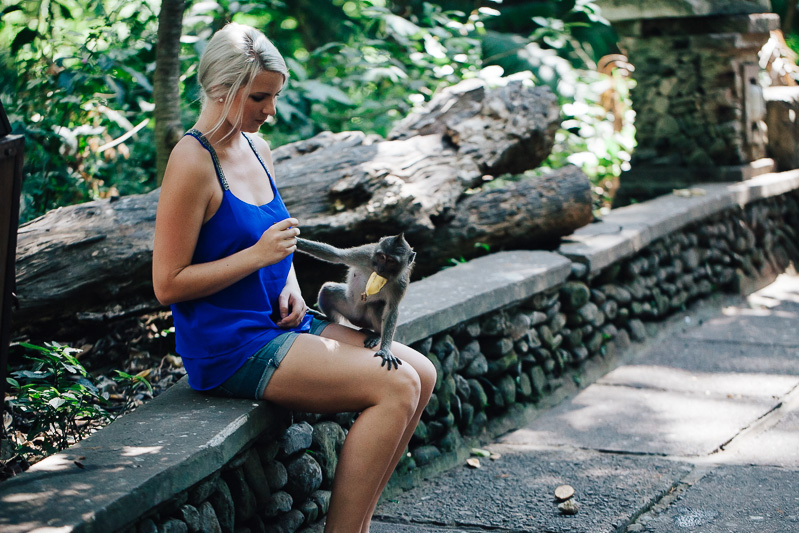 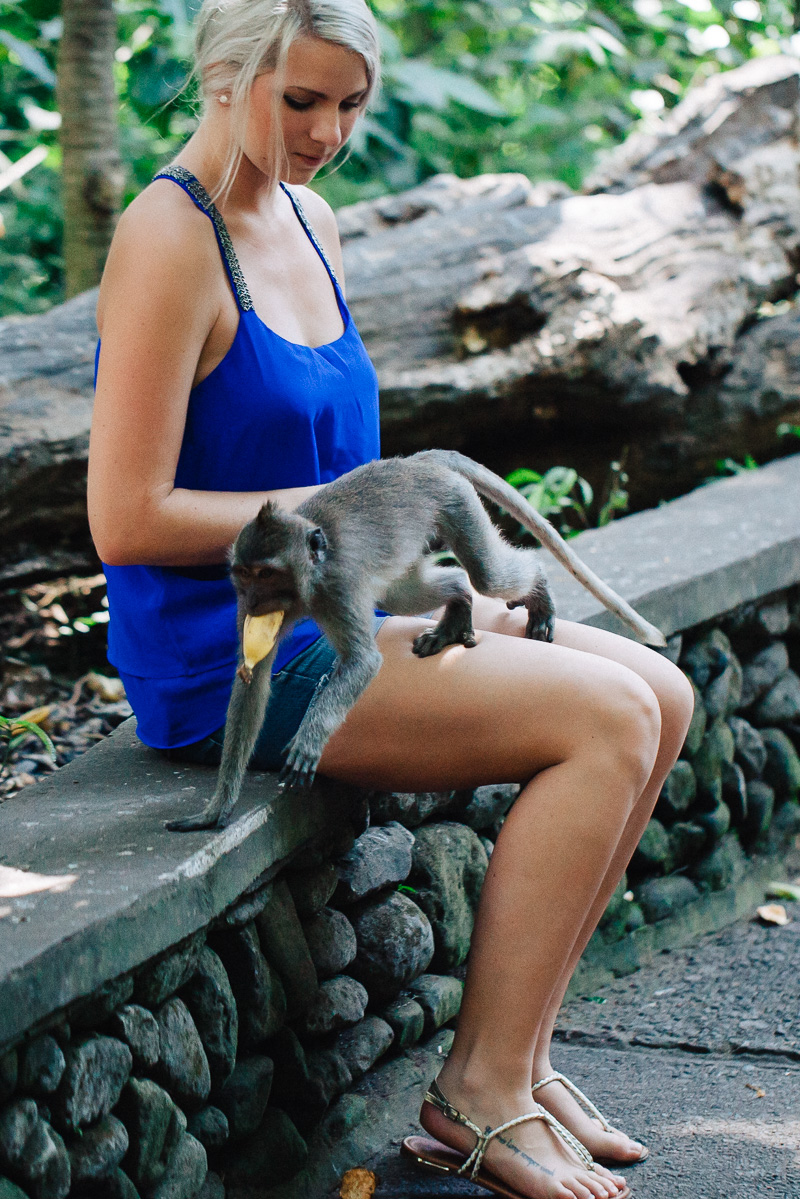 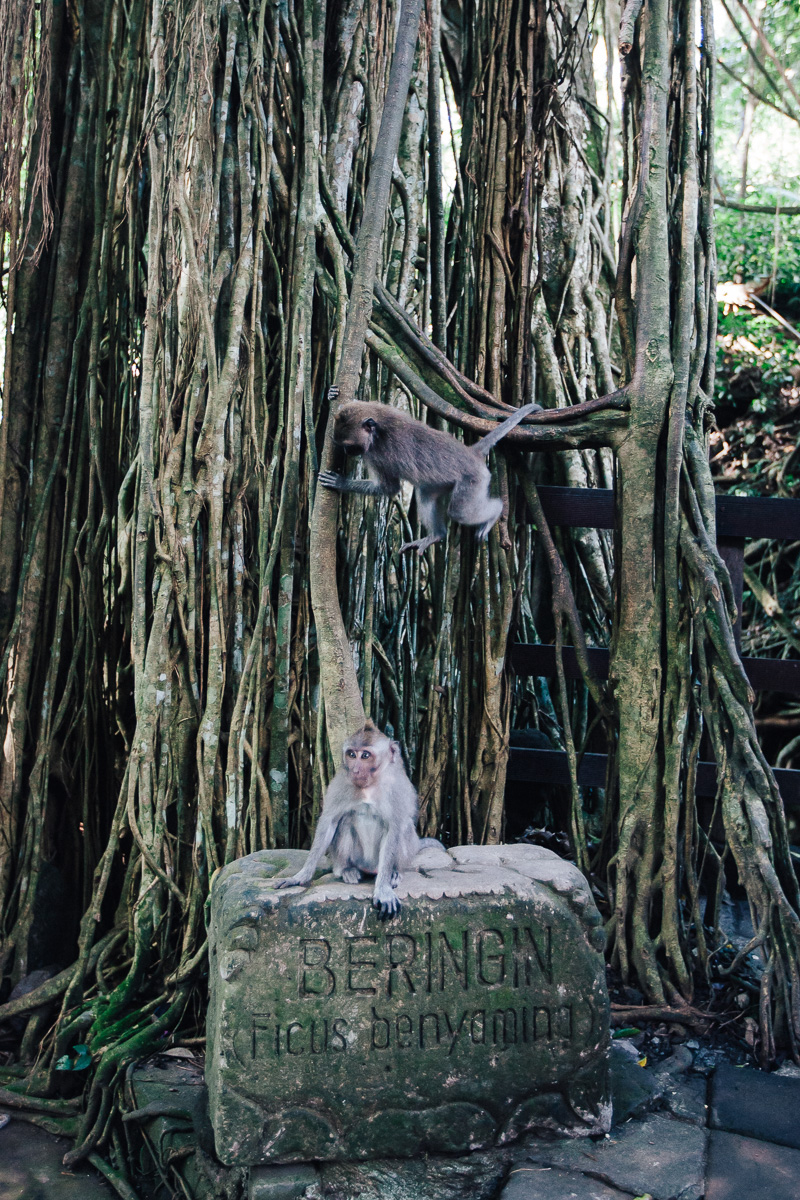 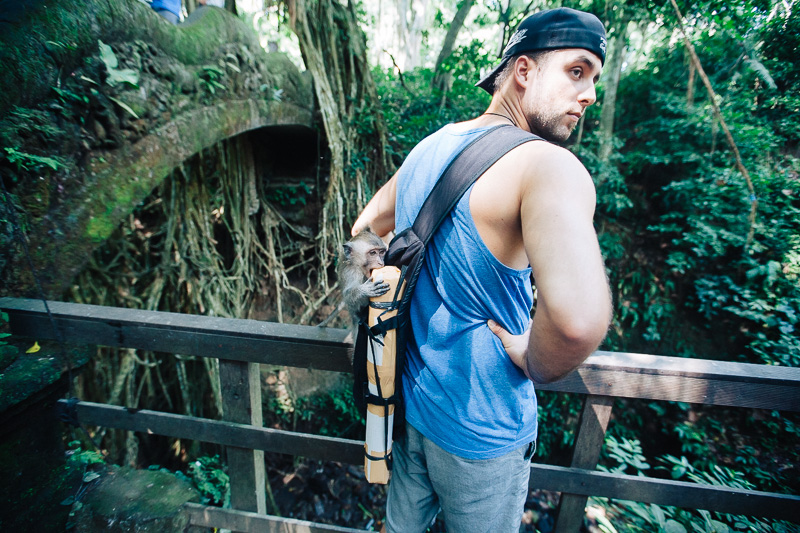 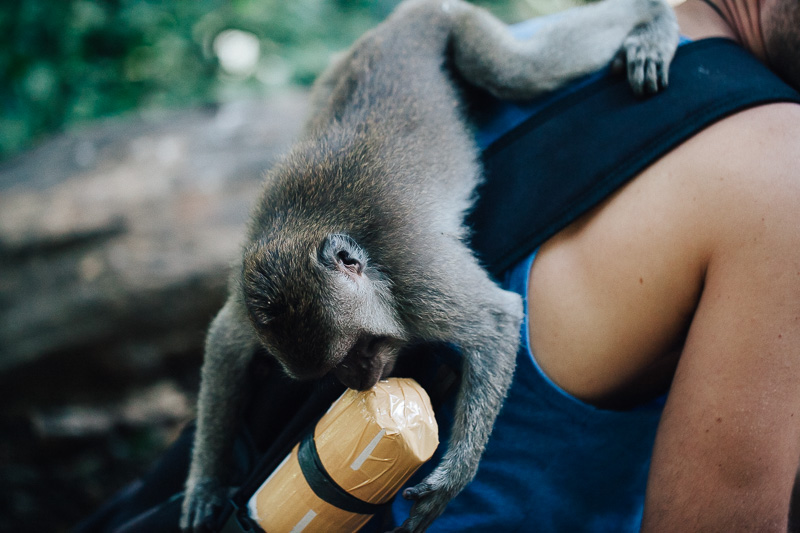 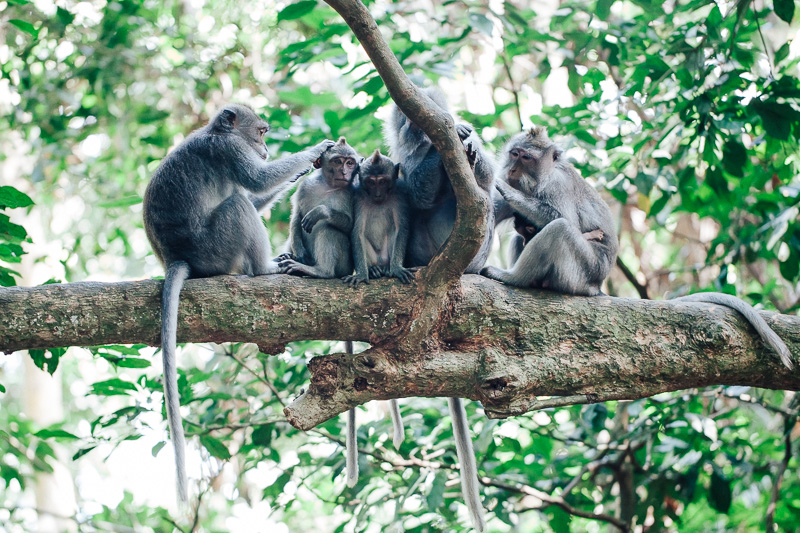 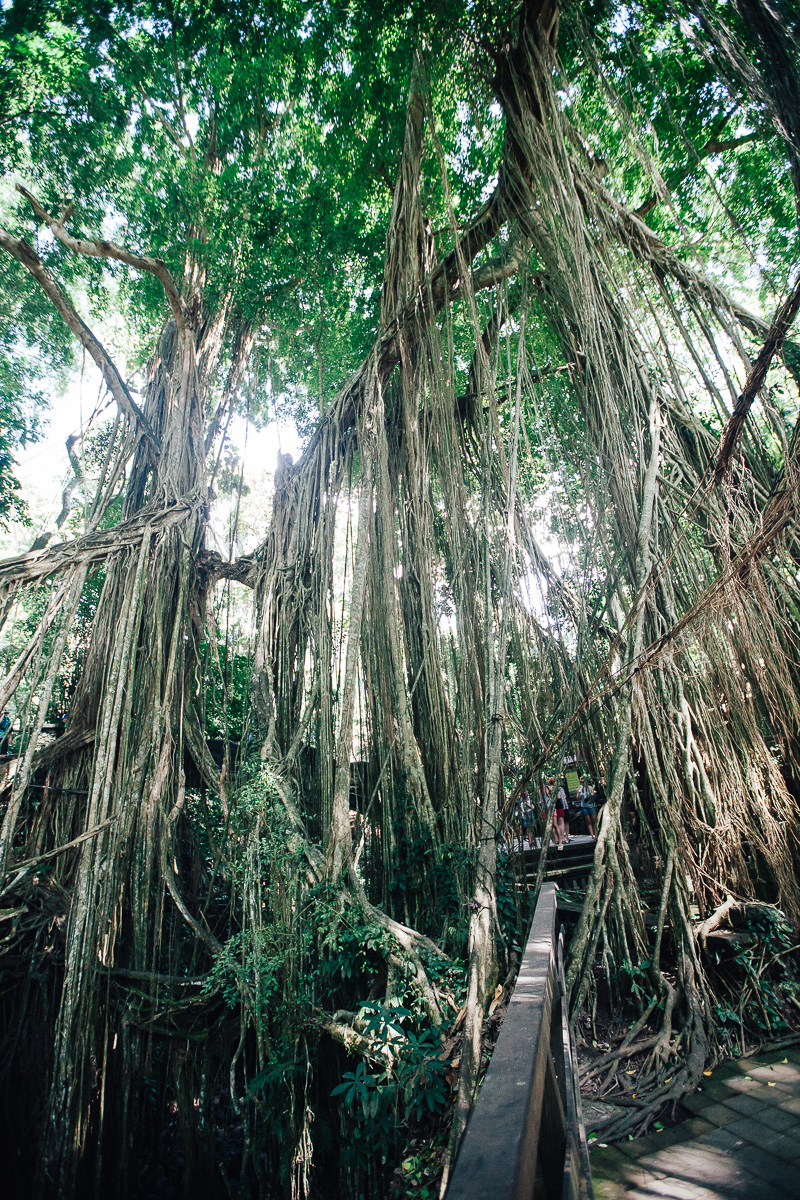 A few words of advice:

And with that I’ll leave you with a picture that didn’t quite turn out focus-wise but still cracks me up every time I see it.

Have you been to Monkey Forest? Would you go if you had the chance?