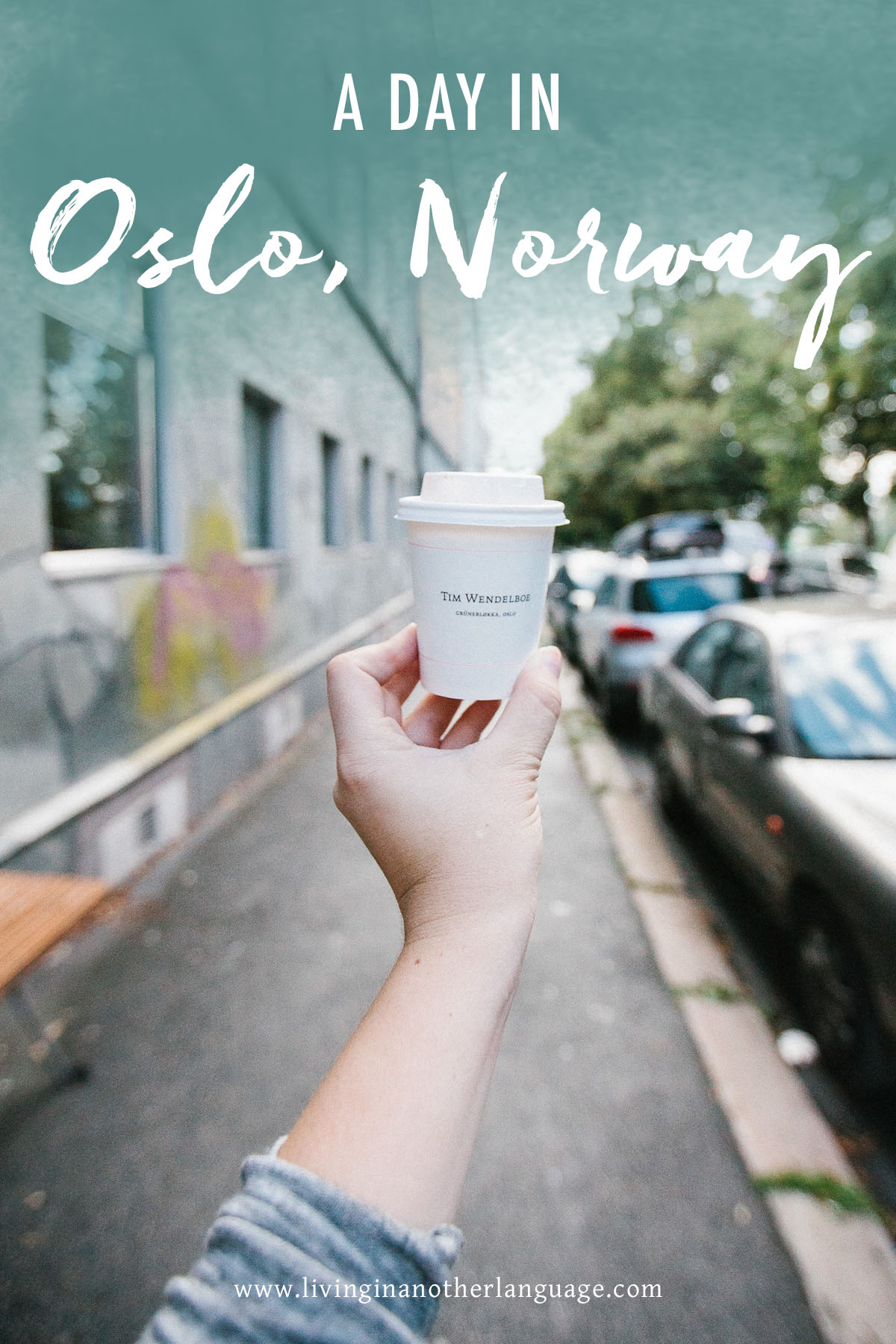 Oslo, Norway was the beginning and end destination of our Norway in a Nutshell tour. Our flight from Germany arrived later in the afternoon so we really didn’t have much time to sightsee around Oslo as the girls were pretty tired and we were all hungry, but the half a mile walk to our hotel was gorgeous. We had to wake up early the next day to catch our train (only to discover the station was closed for repairs), and walked yet another mile or so to the central station. The morning was gorgeous so we didn’t mind the walk as we sipped on coffee and got acquainted with our surroundings. 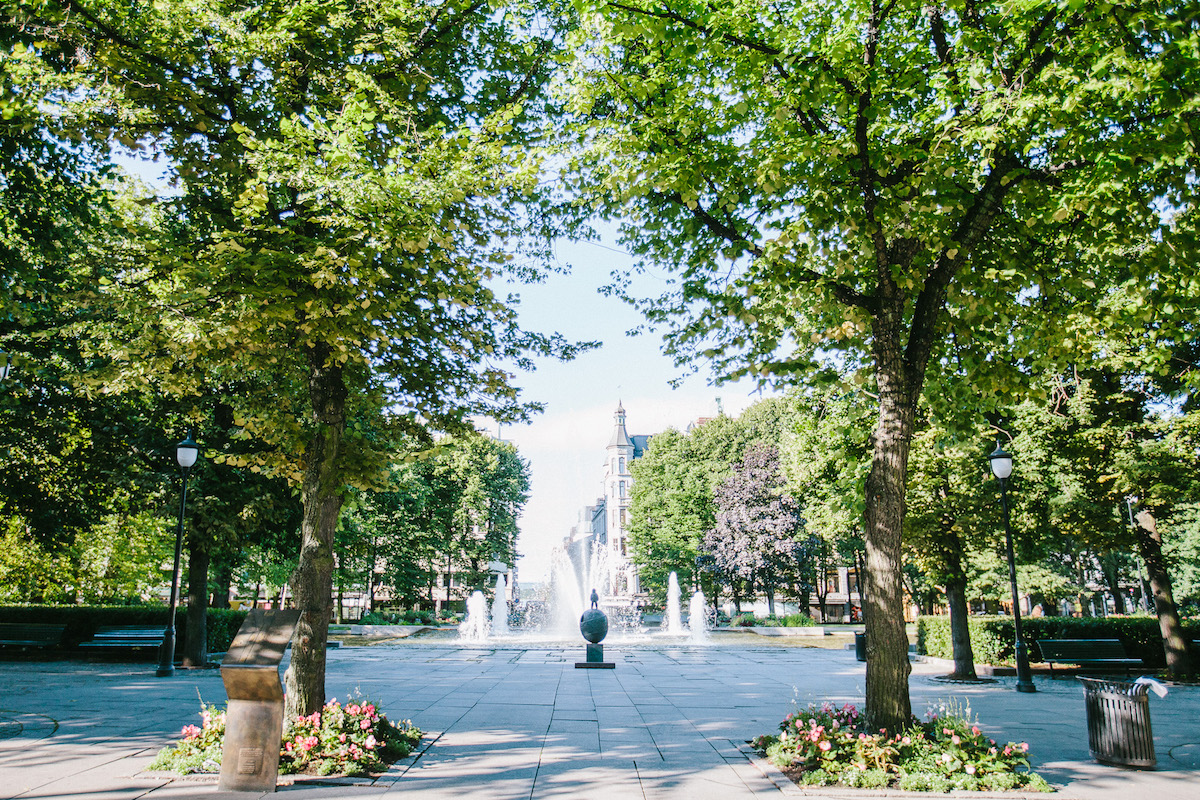 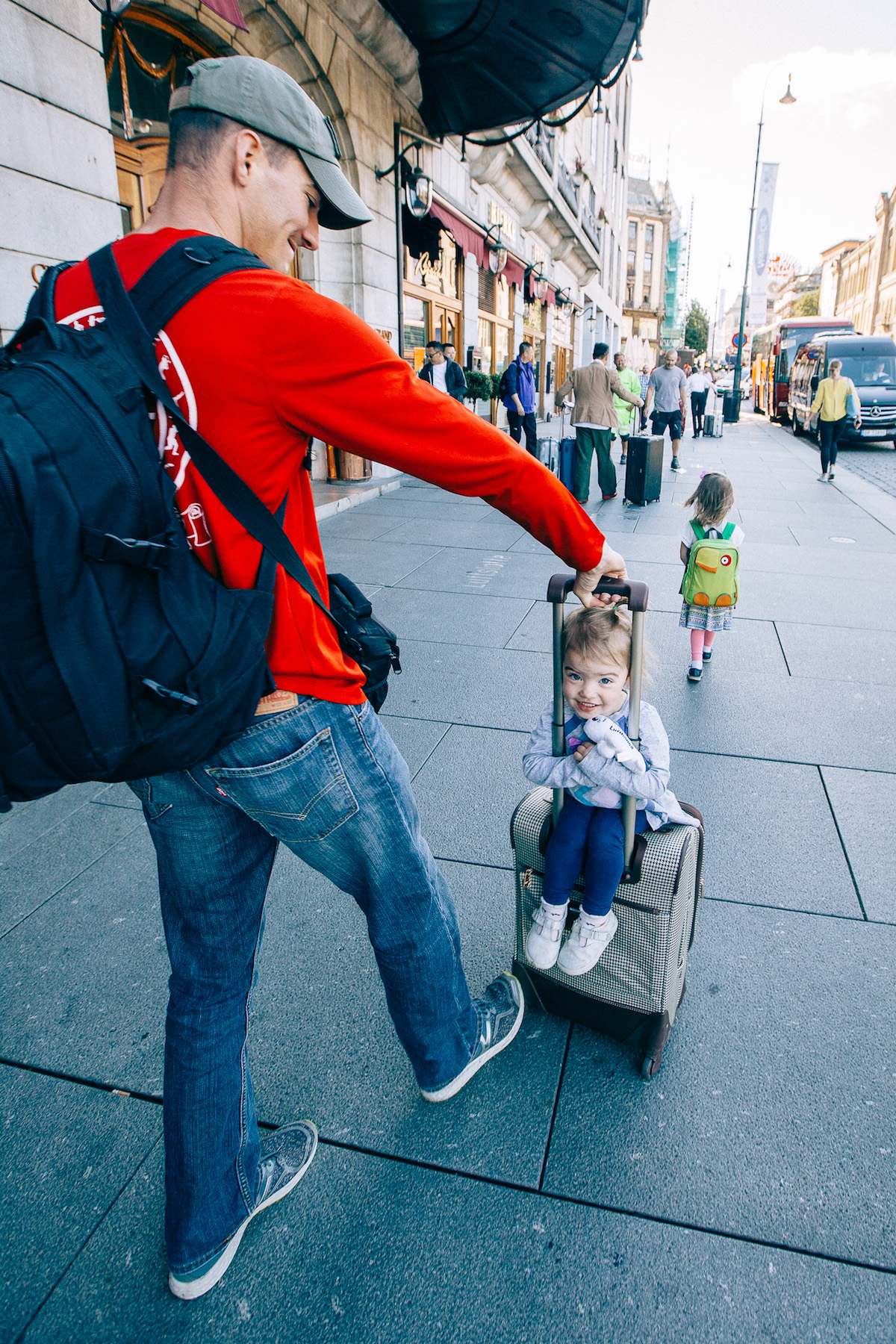 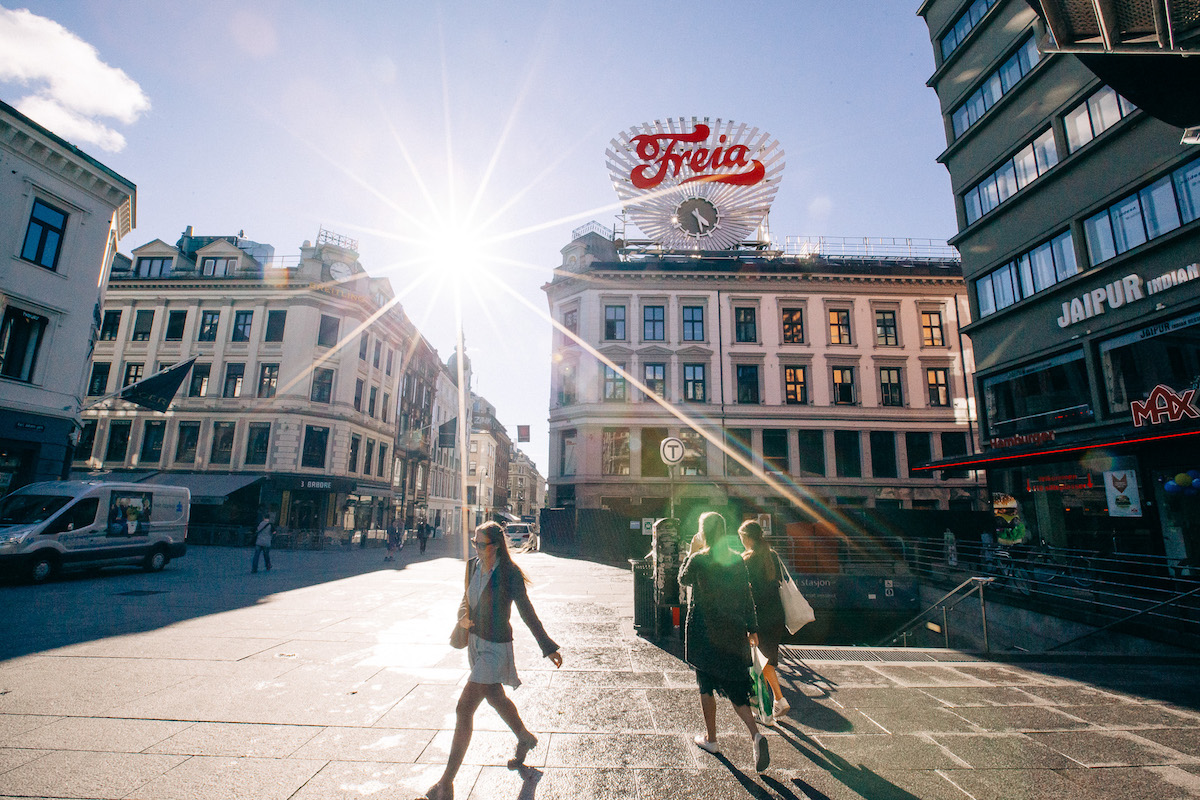 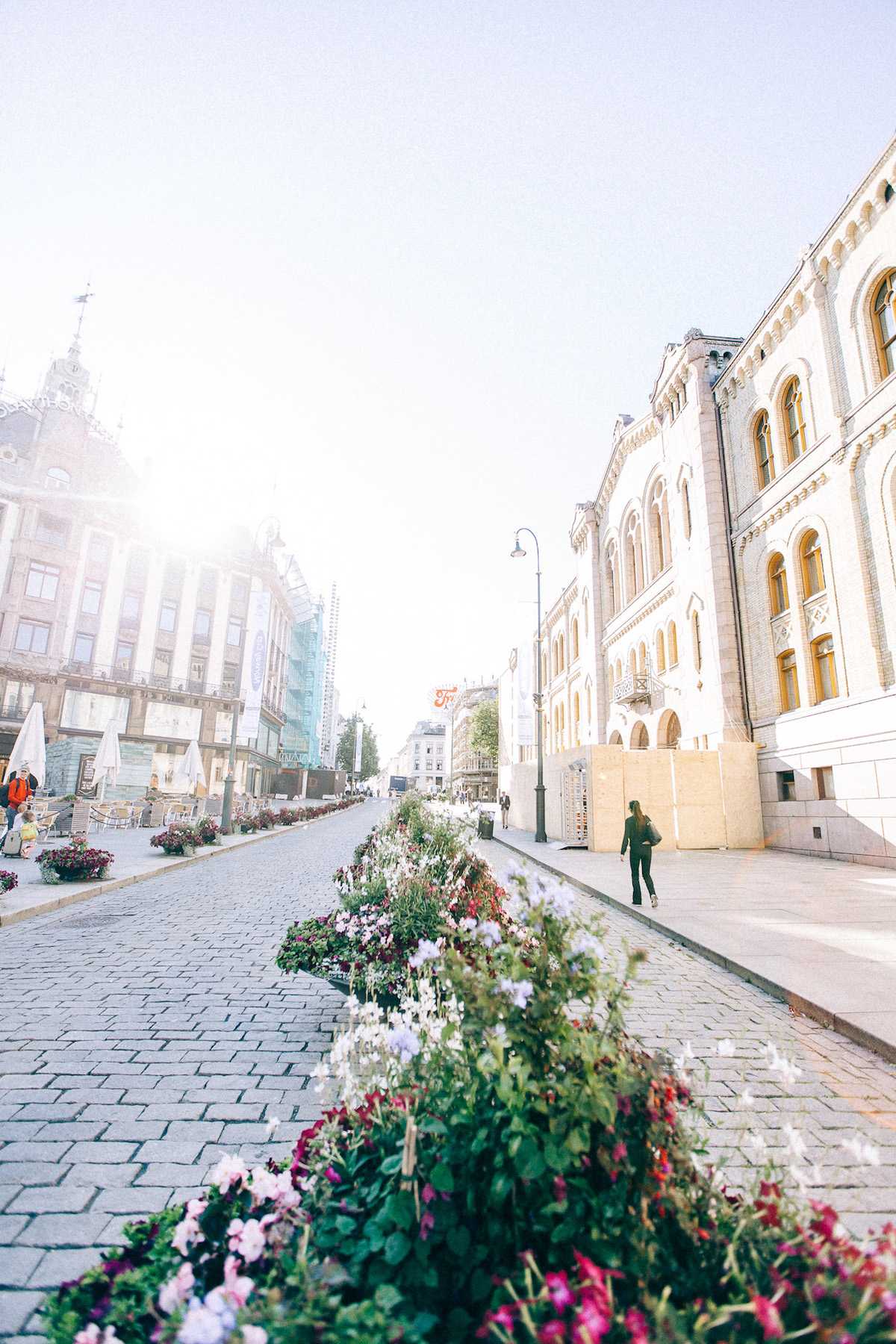 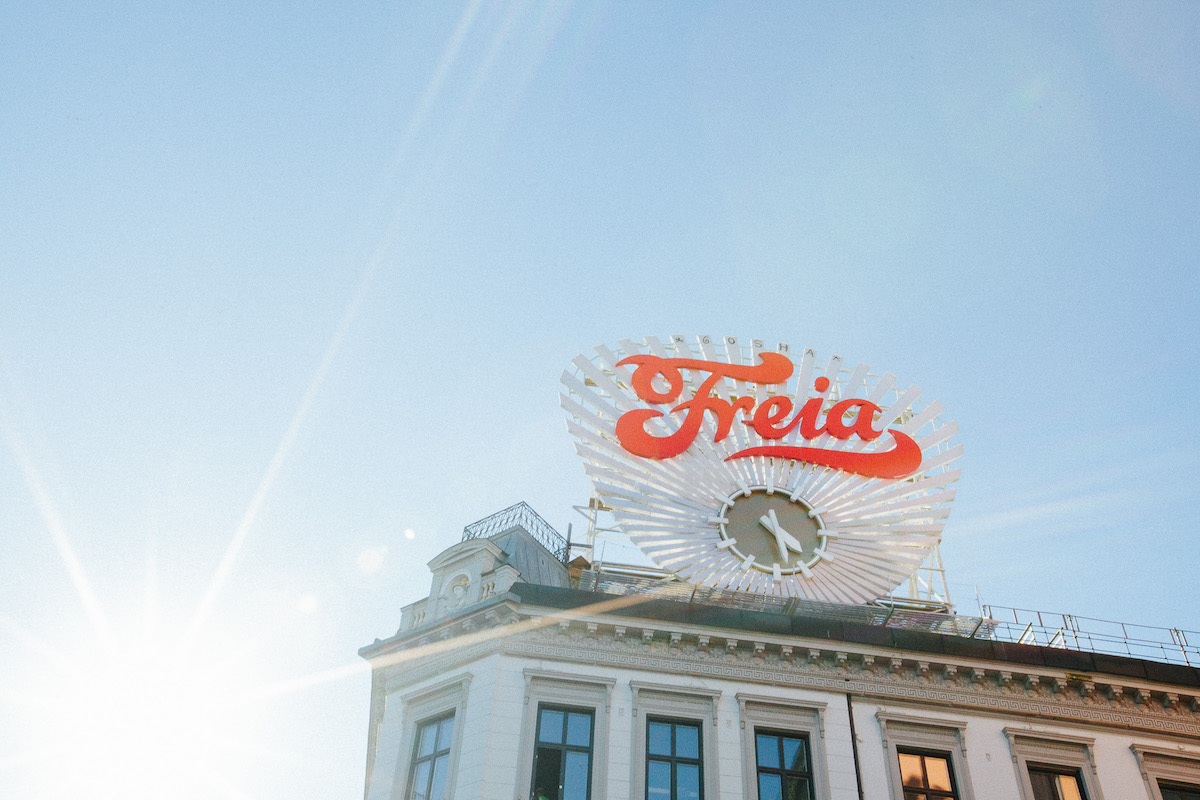 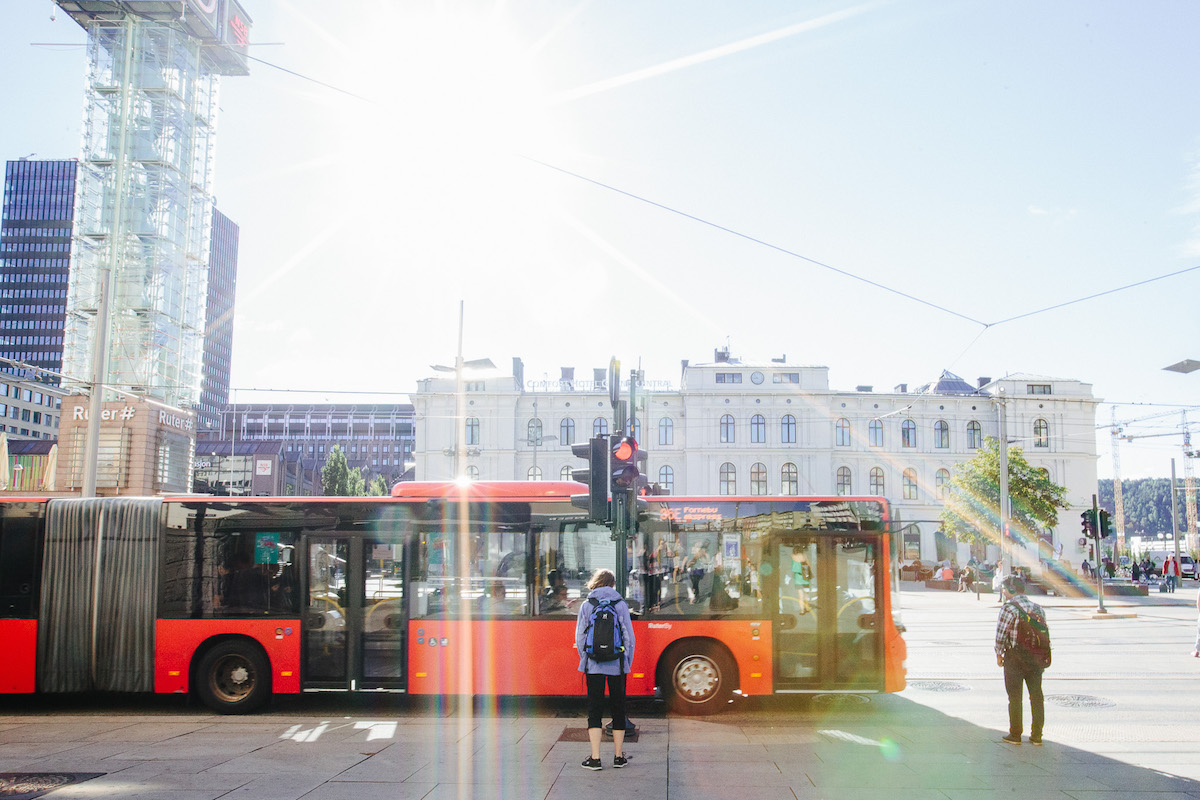 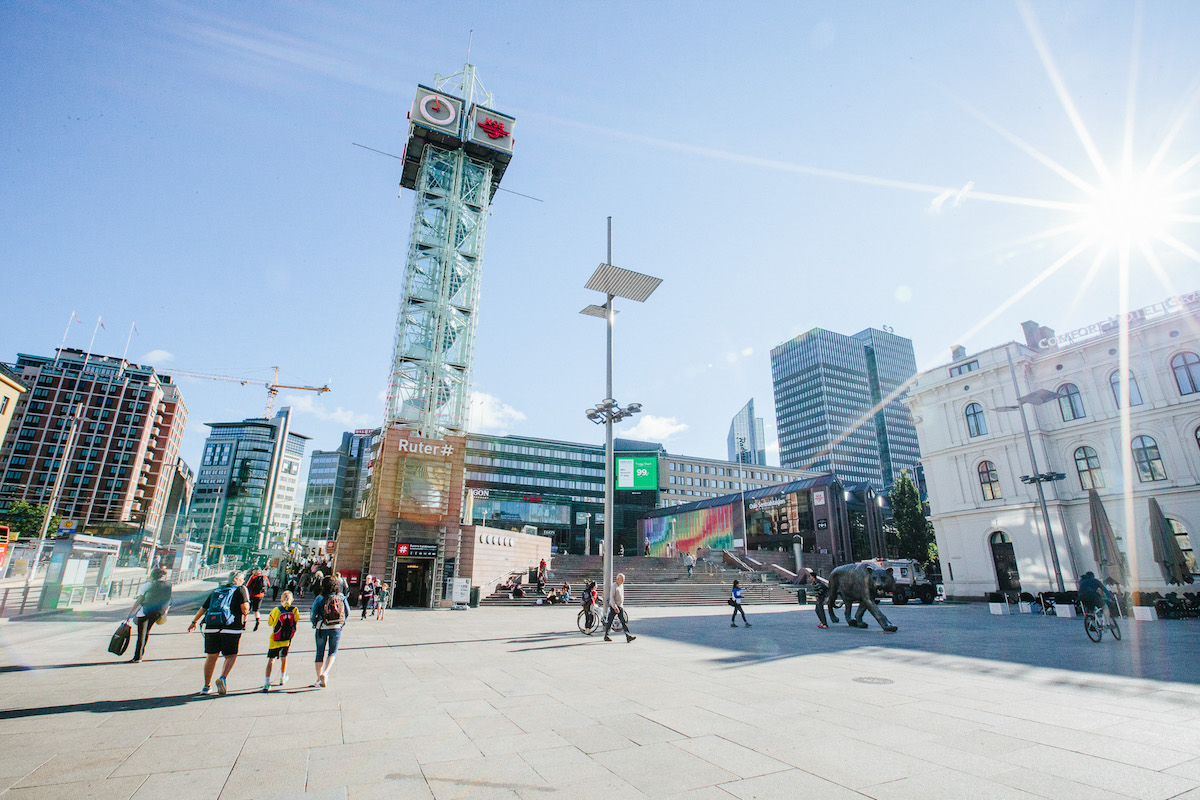 We were all pretty excited to begin our adventure and knew we’d be back at the end of the tour to experience a bit more of the city.  The weather was so beautiful at the beginning of our trip that I kind of wish we could have traded days with the weather we had at the end of our trip in Oslo, but we took it in stride that last day…including the absolute downpour we had to walk through right before boarding a train bound for the airport.

What we did in Oslo:

I can’t really make this a travel itinerary, because we spent a majority of our last day in Norway walking around and doing pretty much whatever we could before we had to jump on a plane back to Germany. I will say though, hoofing it through the city is entirely feasible, and we did it with three little girls. I wish I had been wearing my fitbit that day — we probably walked 5+ miles. My nieces are rockstars.

1. Tim Wendelboe Coffee has won world wide awards for its coffee and can claim to be one of the best coffee roasters/ expresso bars in the world. Obviously we had to stop. My sister had TW coffee on her bucket list for quite some time, so being able to sip a cappuccino right there at the store itself was a big check off the list for her. I will say, I don’t think I’ve ever had more flavorful coffee in my entire life. I would highly recommend! 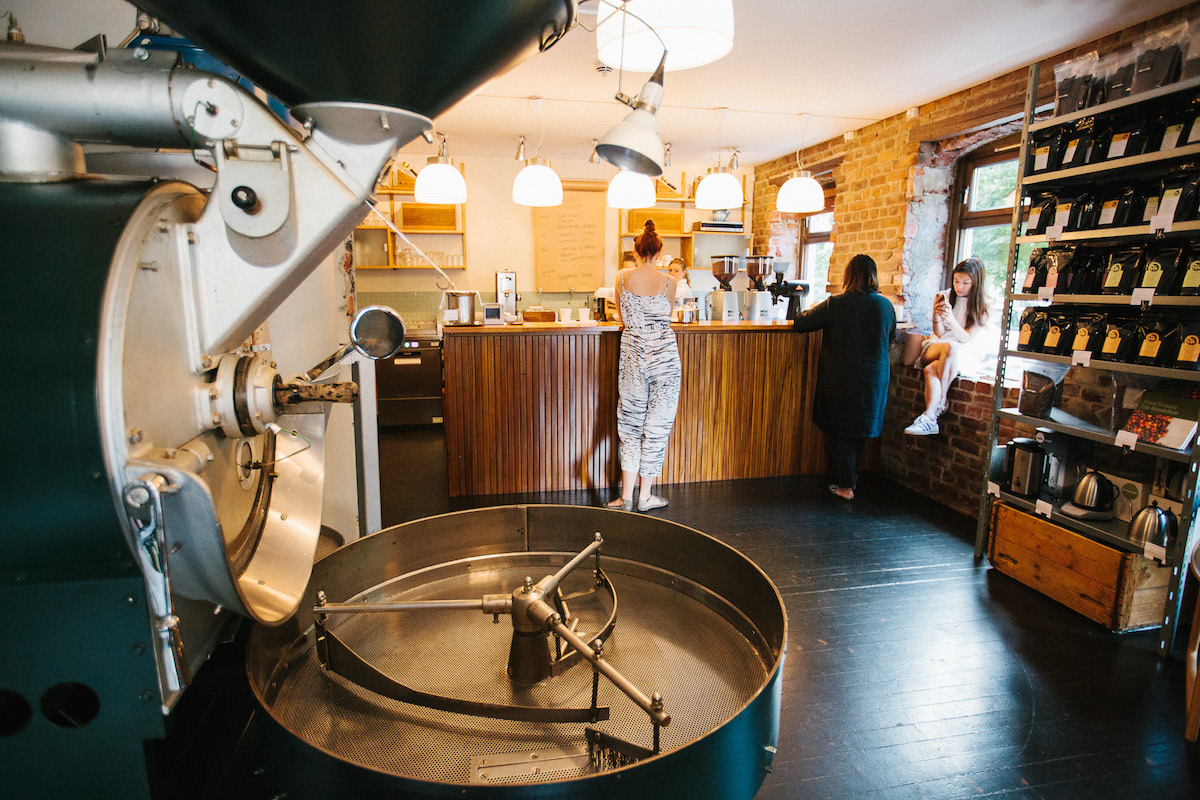 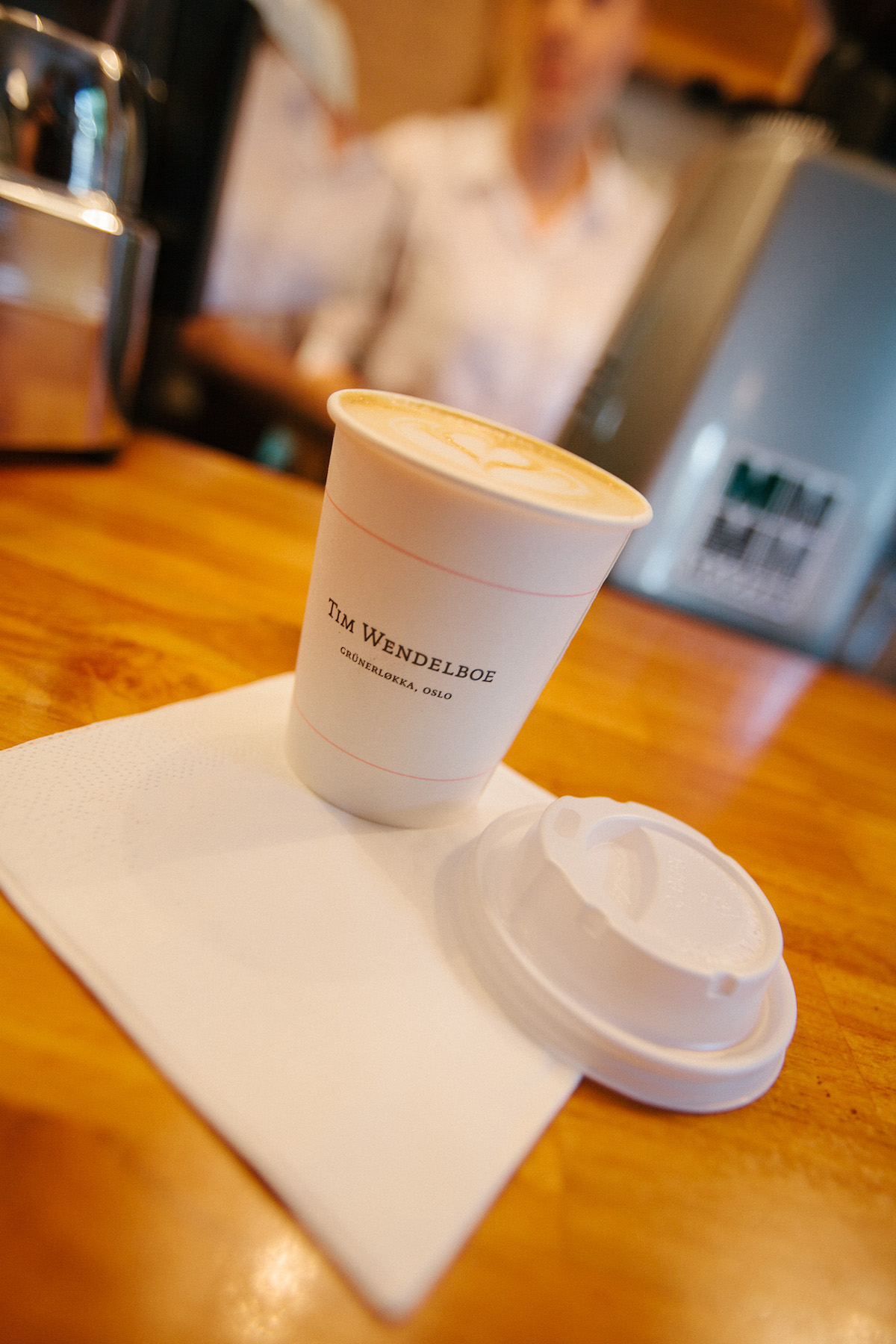 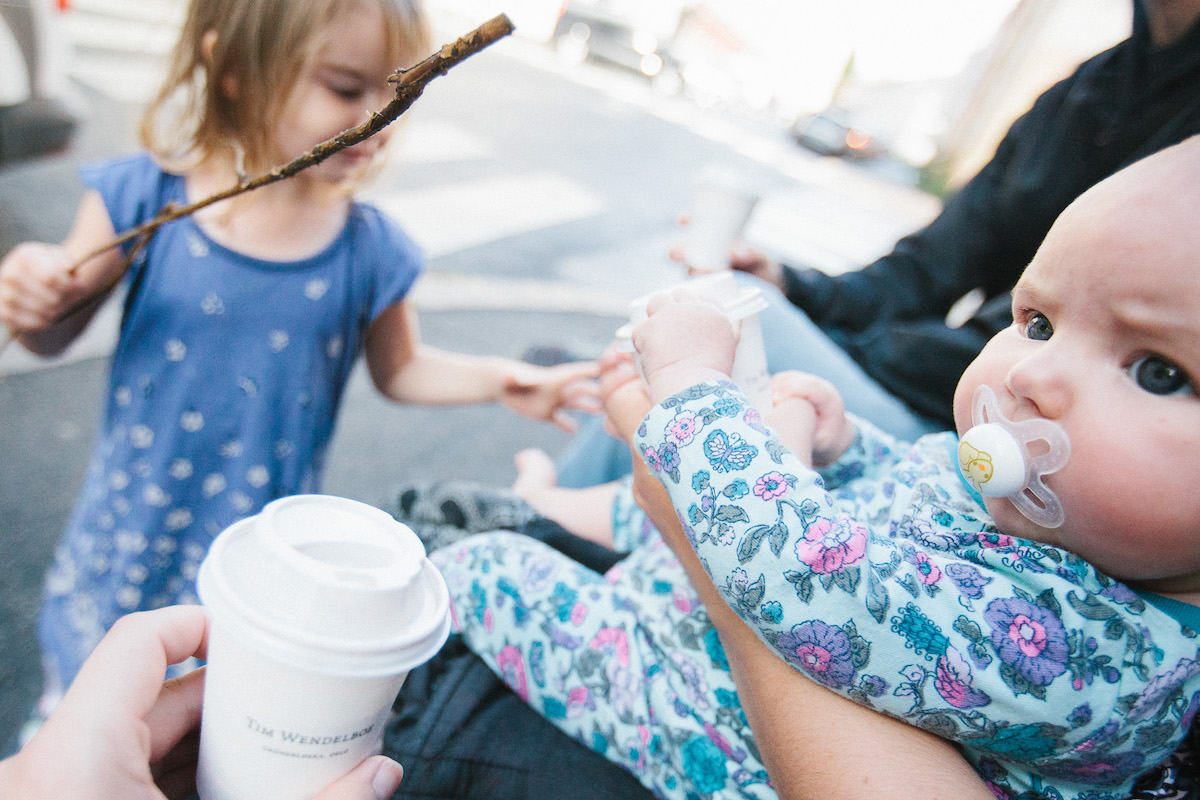 On our way to the Tim Wendelboe’s I saw some street art that looked remarkably familiar, only to have it dawn on me that the exact same artist (Phlegm) painted murals very similar to it where we lived in Dunedin, New Zealand! I never in a million years thought I would spot and recognize a street artist, so that was pretty cool for me. 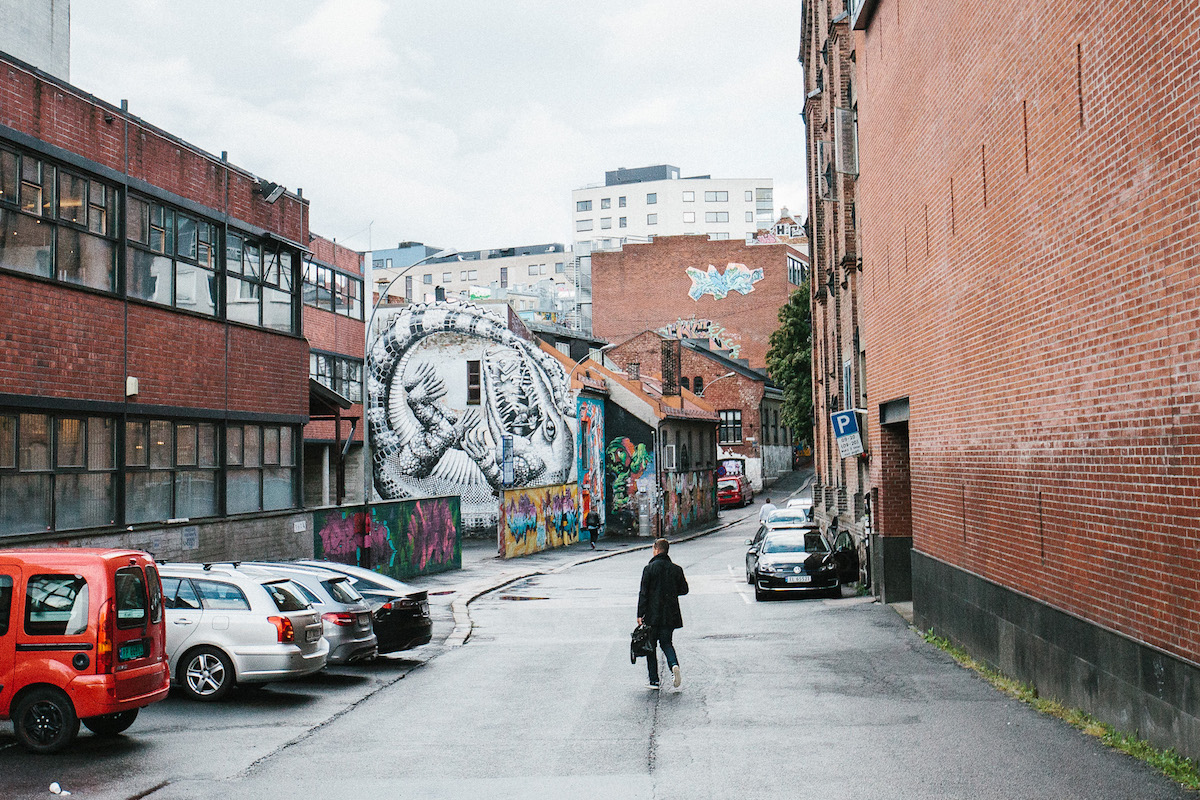 2. Window shopping in a new country may be one of my favorite things to do, because you can get a taste of what a place sells, prices, and find cool souvenirs to take home that may not otherwise be found in a tourist store. We had a great time walking around Oslo: trying coffee in different shops (just to make sure Tim Wendelboe really was the best), smelling flowers, and snapping pictures as we went. We may have gotten lost a time or two as well, but I guess that just adds to the experience now doesn’t it?! 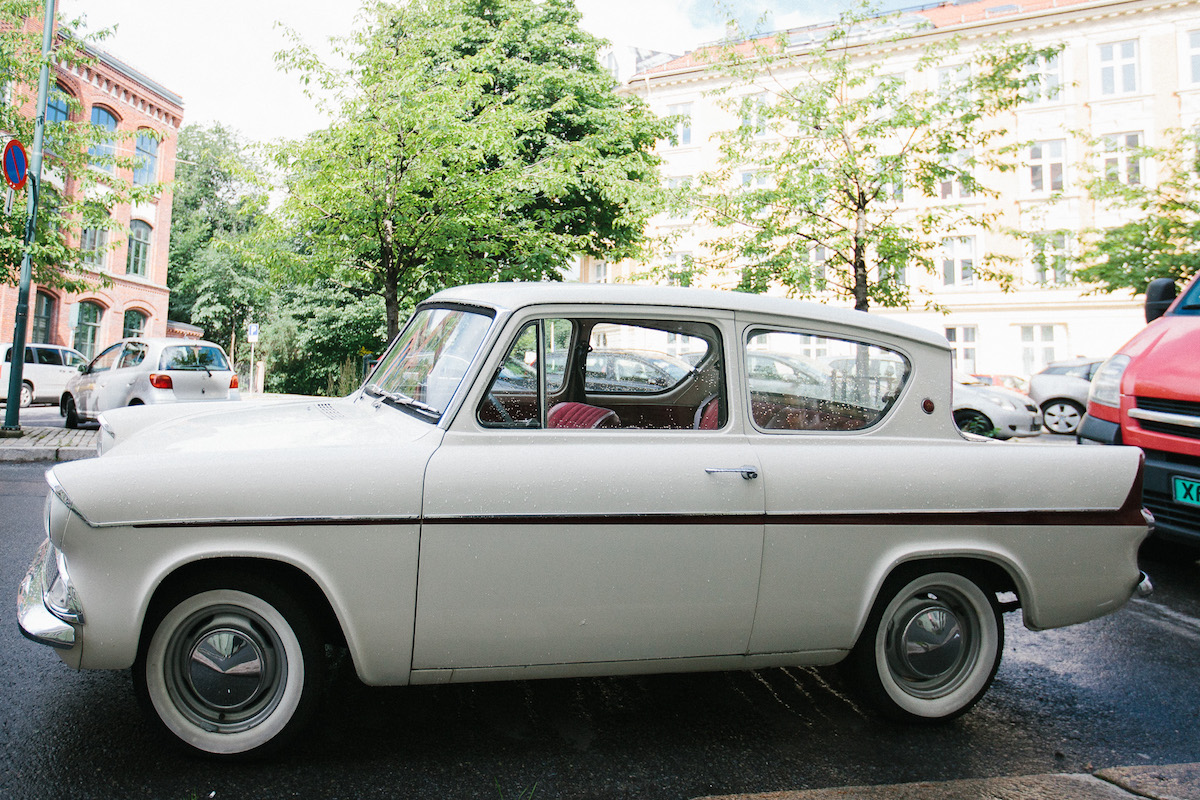 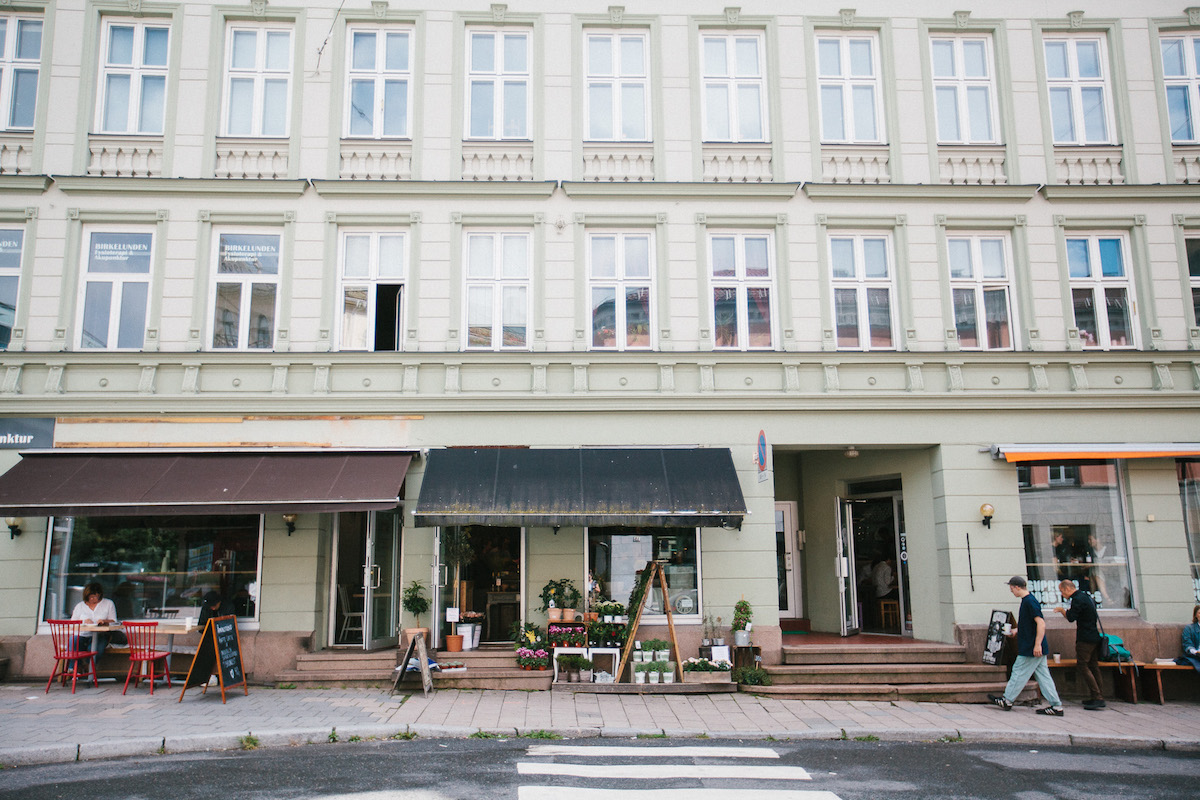 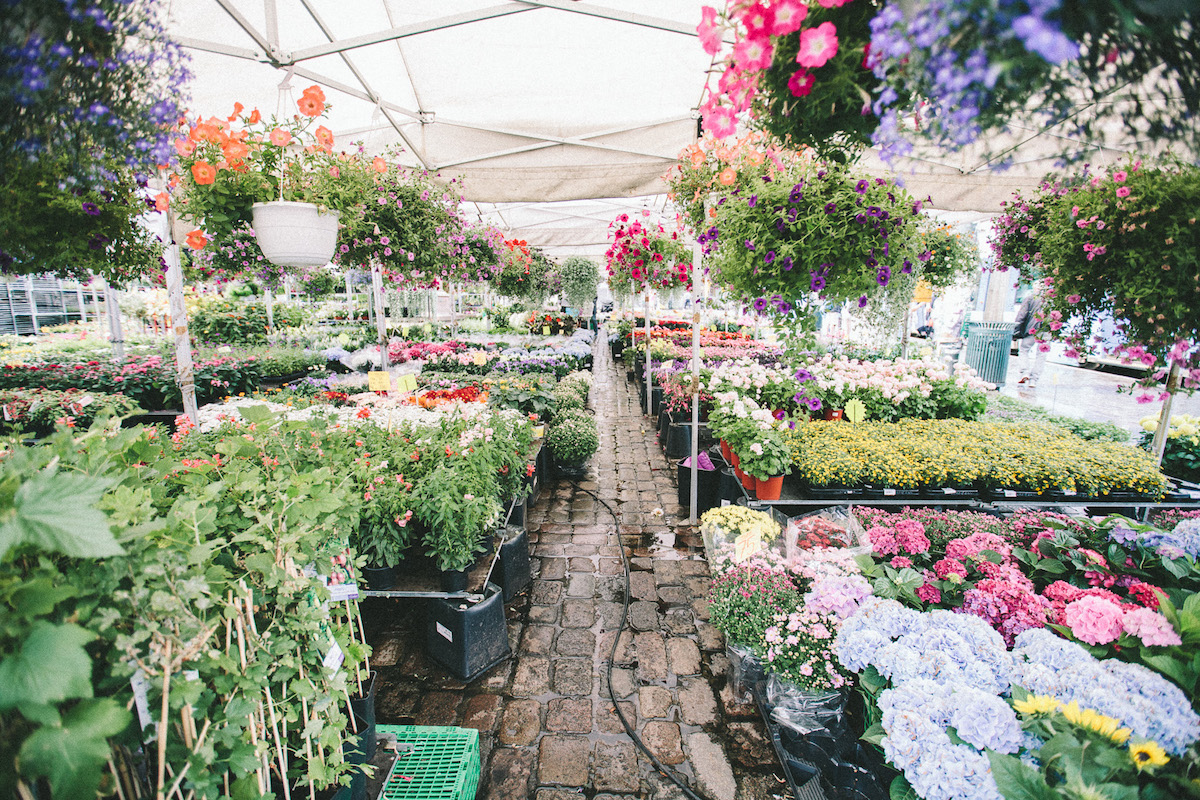 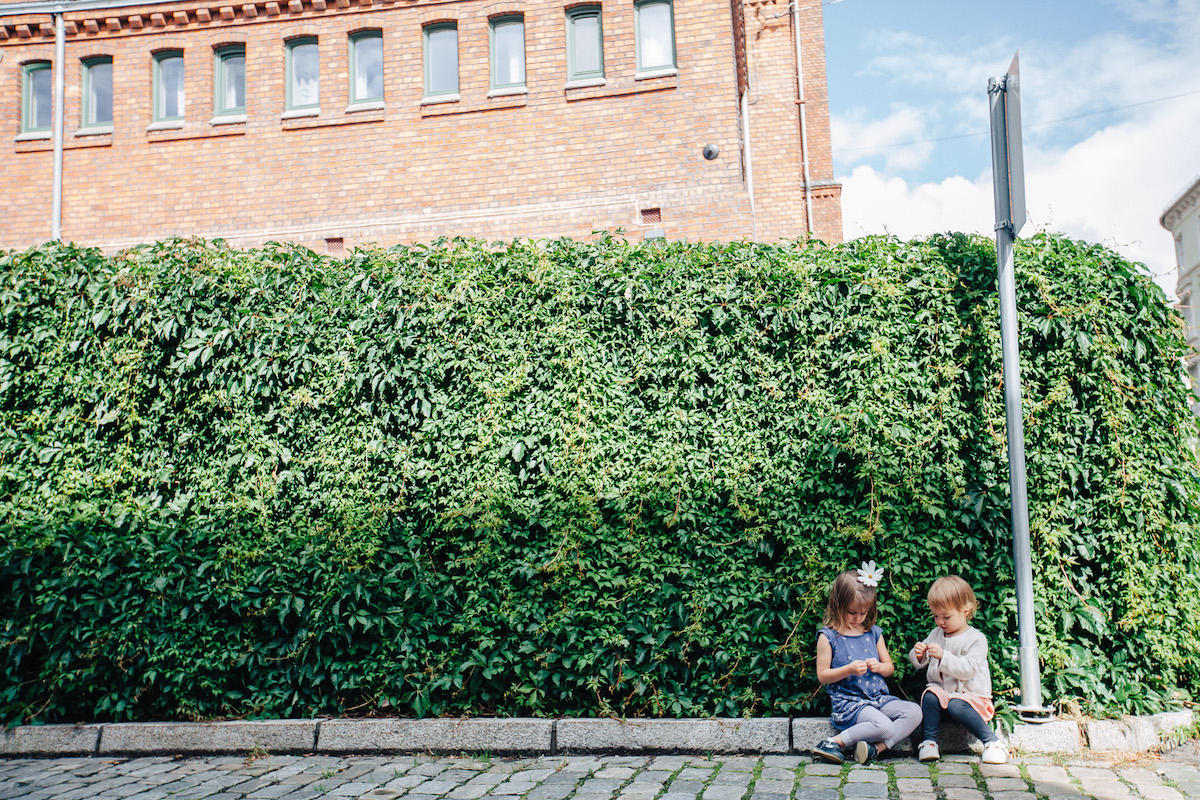 3. Oslo City Centre was where we finished our self-led walking tour. The city centre is filled with cafes, bars, clothing stores, home good stores, makeup stores and pretty much everything you could ever want. It’s also extremely busy during the day, so if you can, I would suggest leaving your luggage back at a hotel storage closet or you’ll most likely regret trying to muscle it with you as you navigate the crowds.

It also started down pouring on us as we were walking around, so just like everyone else, we found shelter at a place to eat as we waited for the rain to let up. Turns out the joke was on us though, because after we ‘thought’ it was over, we began walking to the train station to catch our train to the airport and got thoroughly soaked (even with proper rain gear). I guess it’s good thing the weather was warmer? 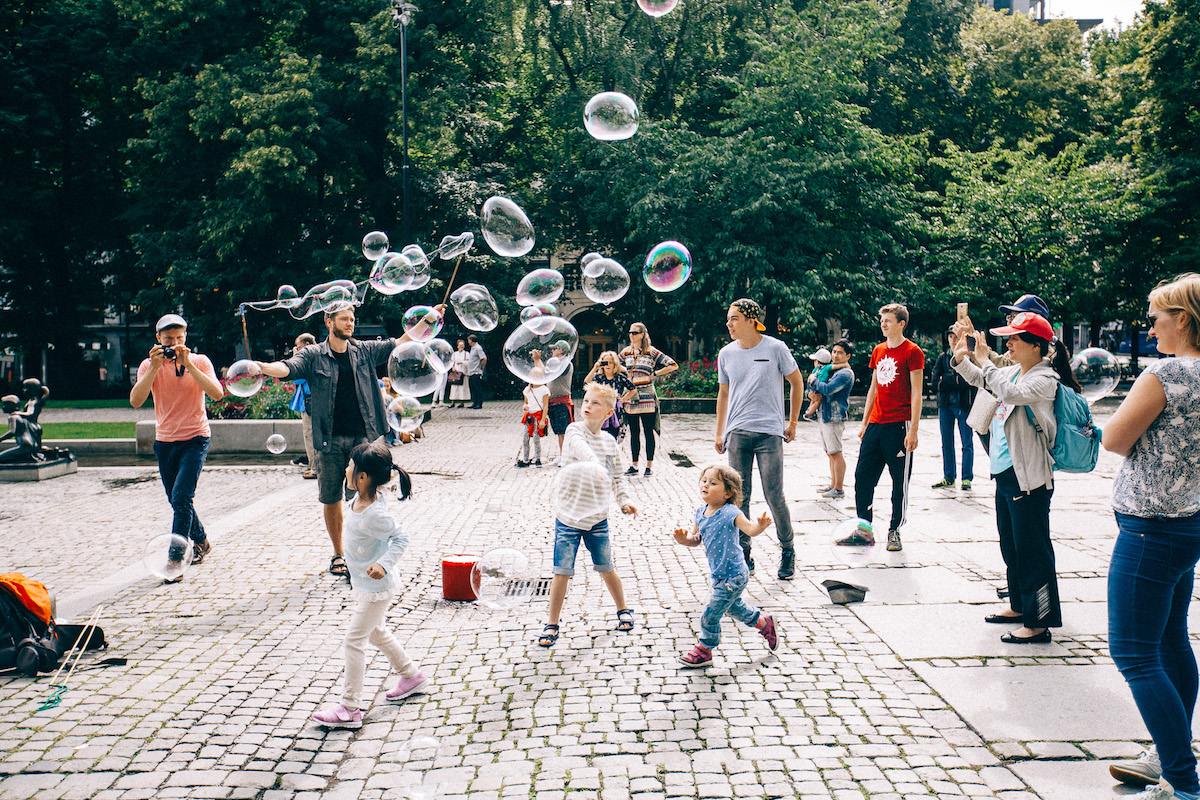 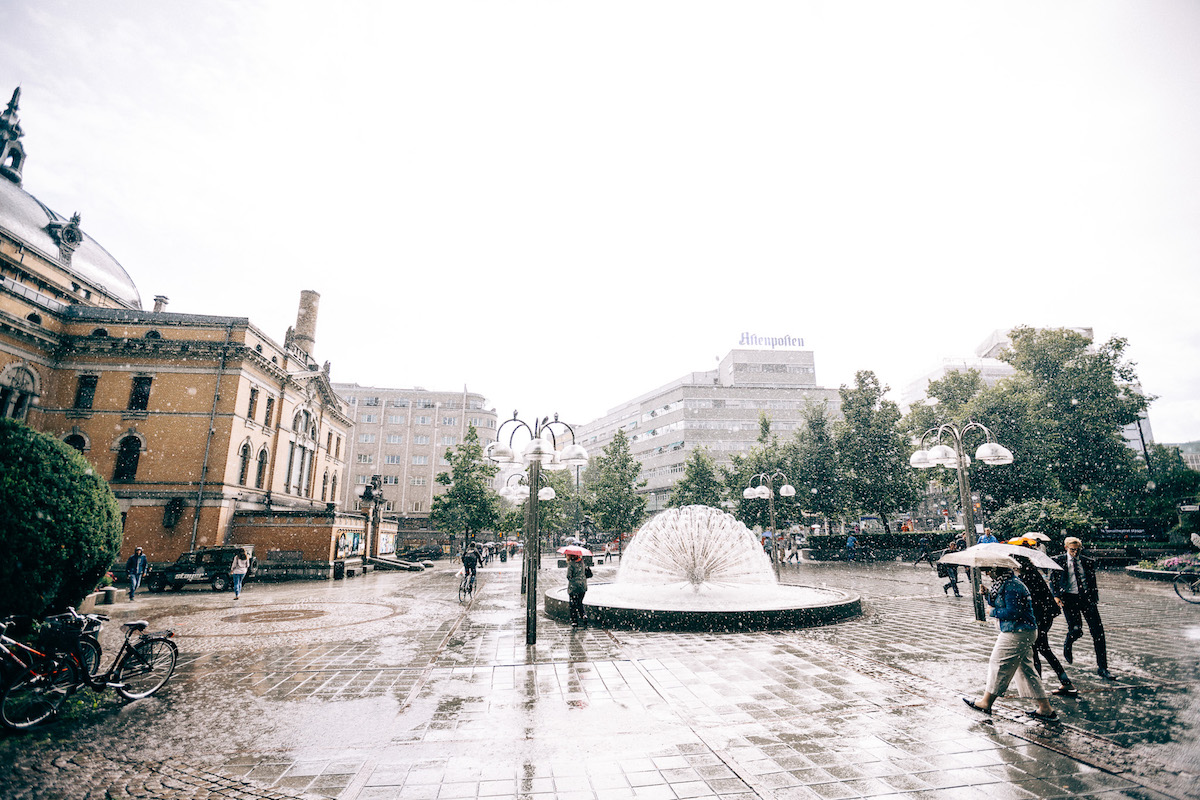 4. I saved the best for last: Fiskeriet Seafood. During our time in Norway we knew we had to take advantage of the amazing seafood and really wanted to find a place in Oslo to celebrate time in the gorgeous country (what better way to celebrate than to eat and drink?!). We found Fiskeriet on Trip Advisor and knew it was the place to go.

I was a bit intimidated when we first walked into the shop: a very happy butcher was filleting a rather large halibut and had a stack of fish prepped and ready to be packaged up right next to him. Wait, was this a restaurant or a place to buy fish to take home? There didn’t seem to be a hostess or any waitresses, but we soon realized we had to order at the check out counter then take our food outside.  The shop literally smelled like the ocean, and unlike some fish markets, the smell was actually pleasant and had my stomach rumbling in no time.

My brother-in-law, sister, nieces and I all ordered something different, and we got the whole range of seafood to try; literally every single thing we ordered was wonderful. The girls weren’t the slightest sketched out by the prawns being whole (with eyes), and we had a great lunch. I think my sister won in terms of entrees though: she ordered the ‘seafood casserole’ and it came out a gigantic bowl of assorted clams, shrimp, scallops, and crab. I haven’t stopped thinking about it since we left. Fiskeriet, I’ll be back I promise! 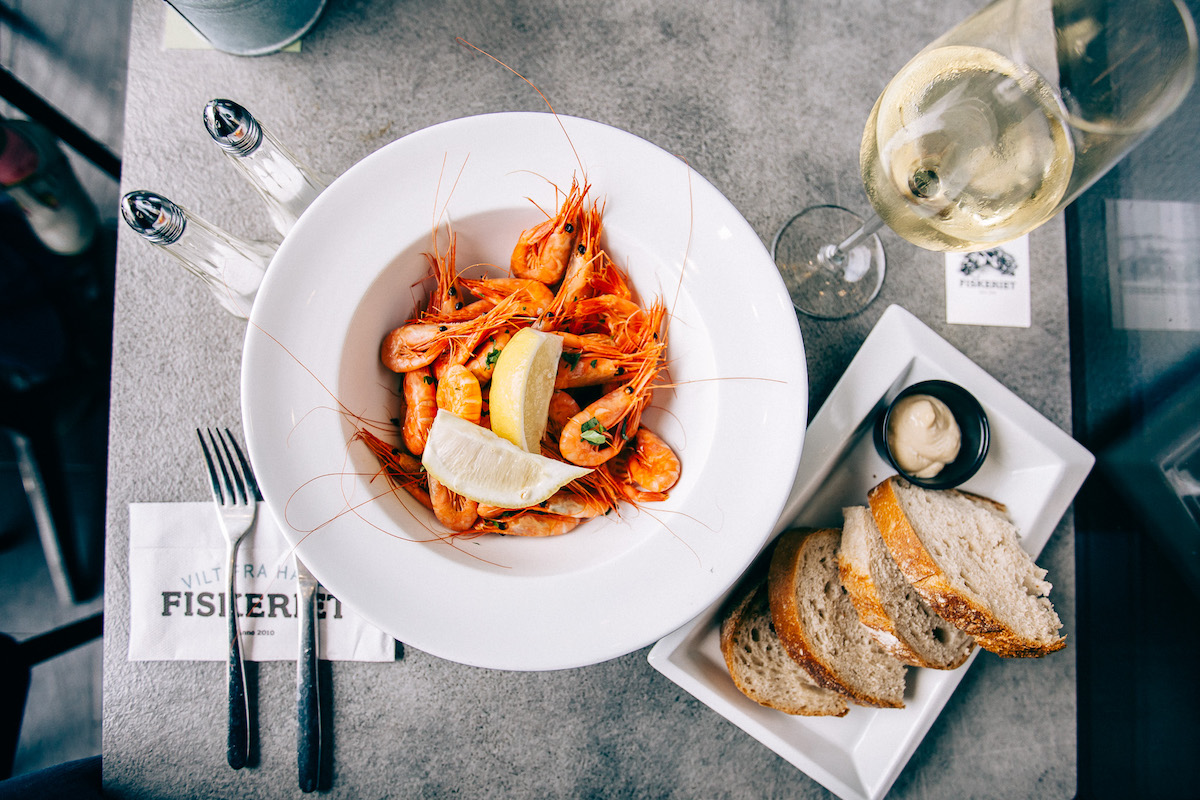 Our overall experience in Oslo was wonderful; I just wish we would have had more than 12-ish hours to explore the city. I know there is quite a bit that we didn’t get to see, so if you’ve been and have suggestions, please write them in the comments! That way my readers who are considering going can find more things to do, and if I bring Derik to Norway in the next year or so I’ll have some more places to visit!