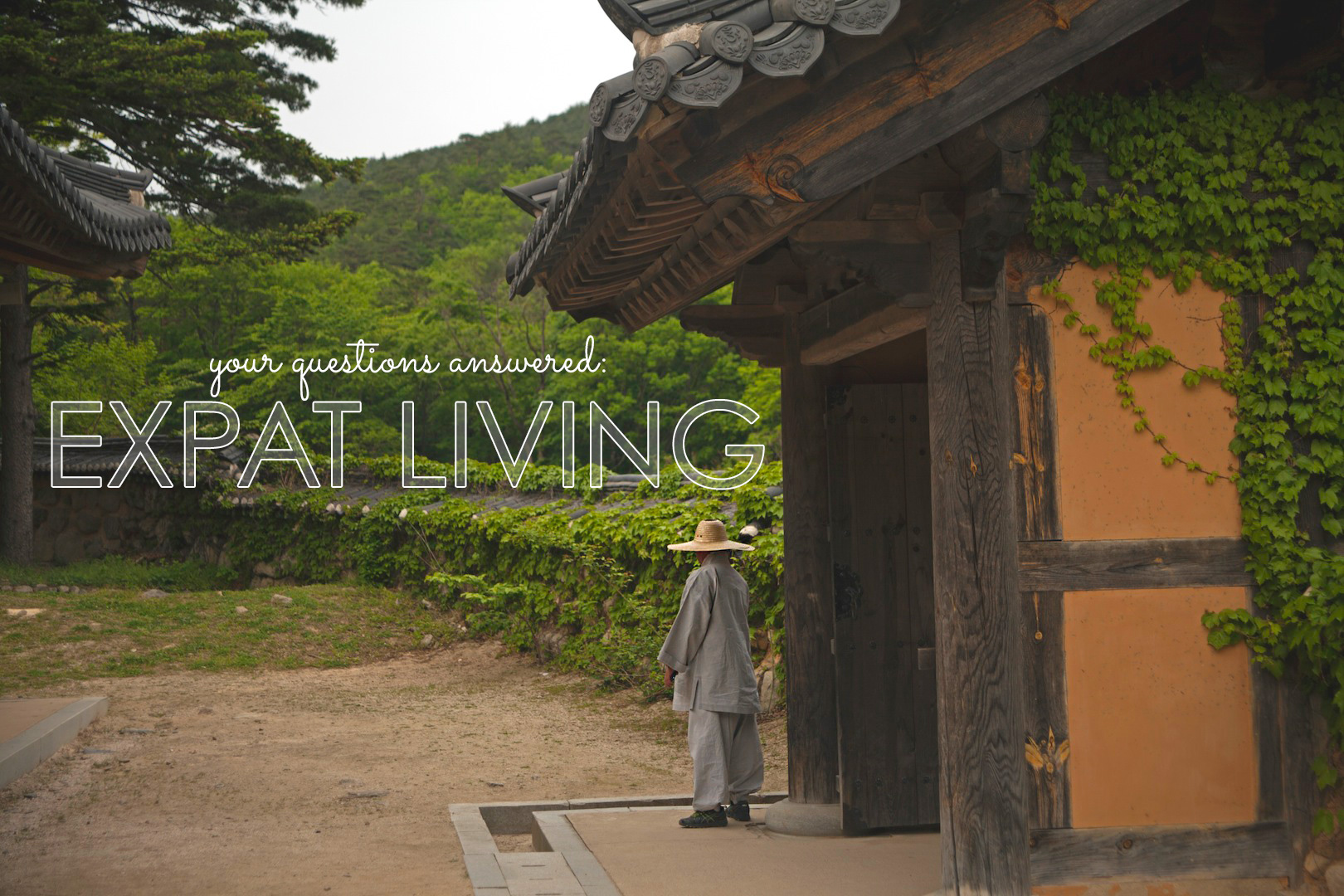 “How do you shake the pressures of adult life and  take the plunge to get out there on an adventure?”-Marla
The best part about living and working in Korea is the financial stability it brings. It’s no small secret that you can get paid the equivalent of $20-50+ dollars an hour here! Housing is usually paid for by employees,unless you do things independent like Derik and I. Saving is easy here, and so is travel. When plane tickets cost an average of  $100-500 dollars to fly all over Asia, it’s to big of a deal to pass up! Korea give quite a few national holidays, so even though we don’t ever get contracted ‘vacation days’ to use when we want to, we have plenty of free time.

We feel secure in what we are doing right now. We are able to do adult things like: become debt free, religiously put money into our savings account, and learn responsibility-all while having a blast! Feel free to check out this post about becoming an ESL Teacher.

“What is something you assumed about Korea that was completely wrong?” -Jamie
I thought Korea was a little bit more ‘third word’ than modern (isn) like the western world. I pictured grass/mud huts, run down buildings, and oxen pulling carts. Whoops. I can’t believe I just told you that. Instead, I was greeted by ginormous LED lights, brand new cars, and Samsung EVERYTHING. Let’s not mention all the five year olds running around with their own smart phones. 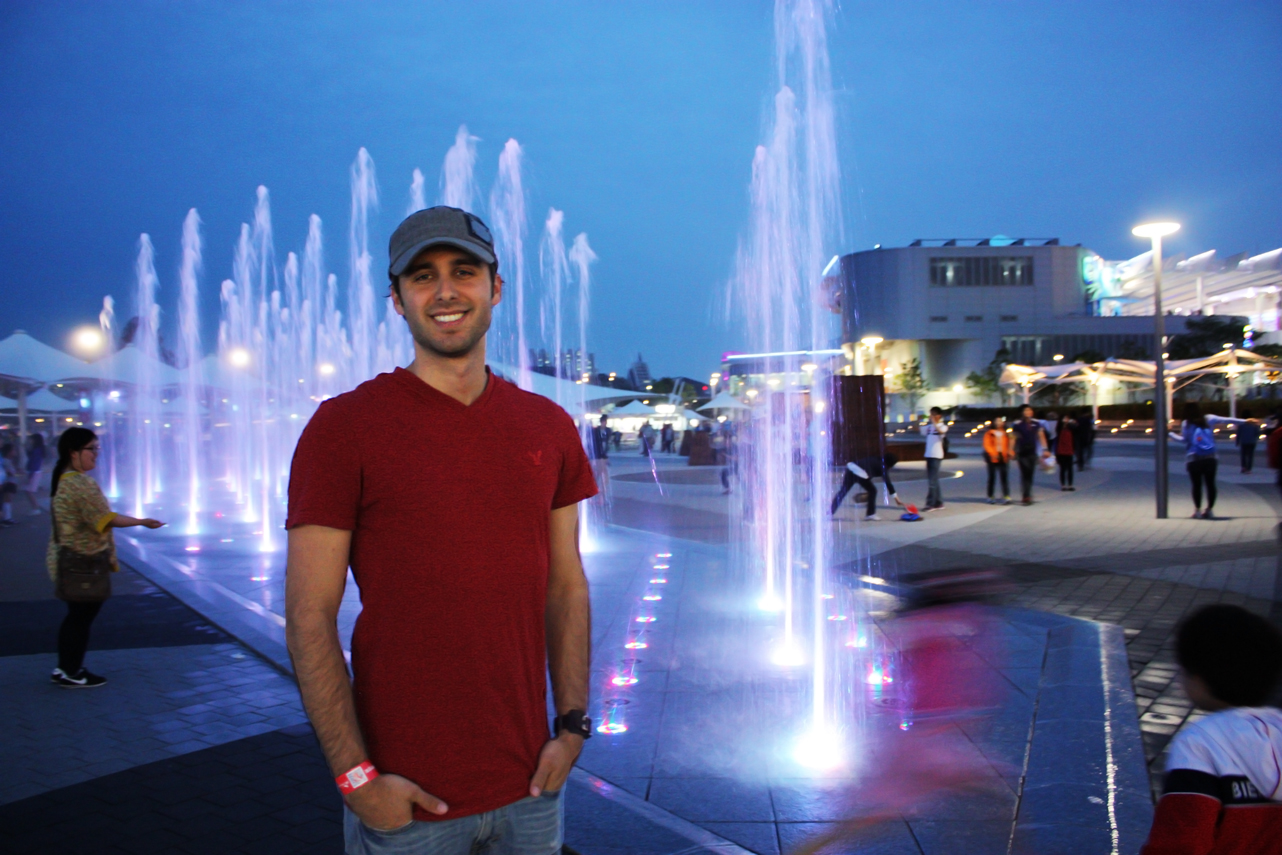 “What completely surprised you about Korea?” -Claire
Job opportunities: they’re are some amazing ones! I never thought that getting a job over here would be so easy. I was nervous that after our first year’s contract was up, I’d have problems finding a new job. We applied from the States and got the job while still living in the States, wasn’t sure how we would go about getting new jobs independently. I was pleasantly surprised and overwhelmed by all the opportunities we found!

“How did you adjust so quickly to the new culture?”-Char
By coming into Korean culture knowing it would be 100% COMPLETELY different than what I’m used to. We embraced the change and think of it as the ultimate learning experience!

“After choosing South Korea, did you feel that you made the wrong choice in any way?” -Debbie
Not. At. All. We have no regrets moving to Korea. We knew it was the right step for us financially as well as in our marriage! I’ll be elaborating more about how it helped our relationship in a later blog post, but seriously, Korea was one of the best decisions we have ever made. We have financial freedom, the ability to travel, and get the experience of a lifetime! Our second option (just for kicks…if anyone was wondering) was to move to Australia. I was accepted right out of college to attend a music school near Sydney. If Korea hadn’t worked out, that’s where we would be! 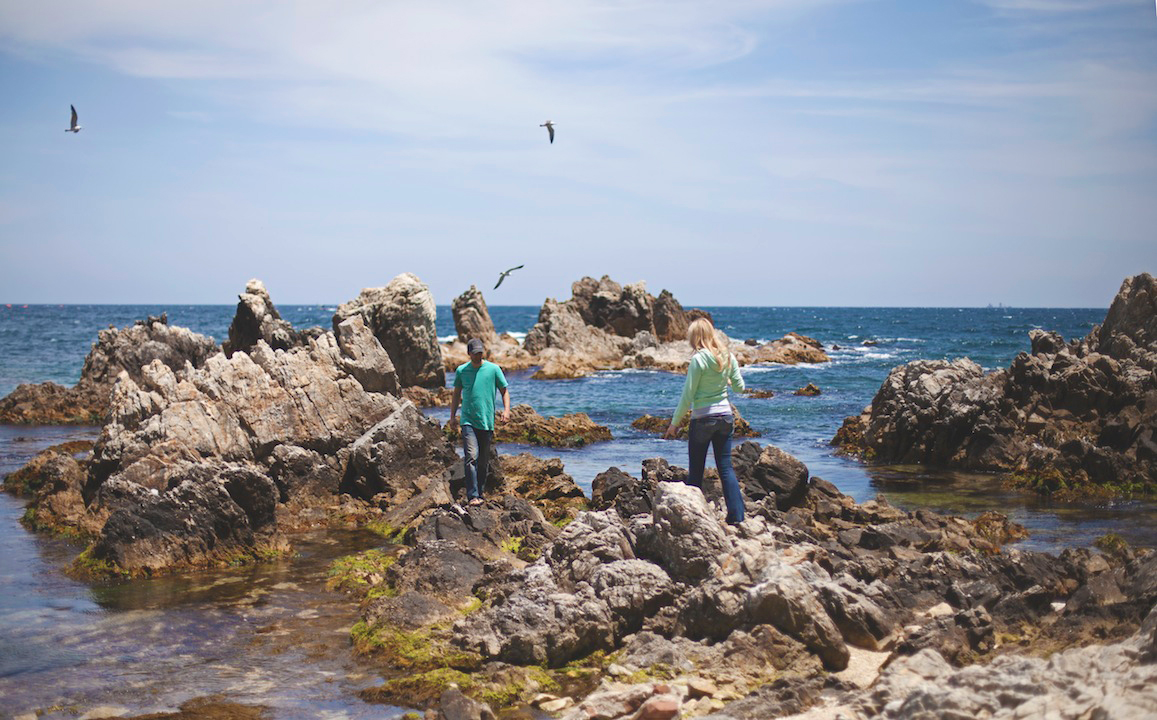 “Any habits you’ve formed that you’ll be taking home?” -Claire
Food and eating habits. Since coming to Korea, Derik and I have been eating very, very clean. We seldom have processed foods-fruits and veggies have become our main staples! When we go back home, I’d like to keep away from all the processed junk as much as possible.

“What is the one thing you will over-indulge in once you are back on American soil?” -Jamie
Brussels sprouts. Don’t worry I’ve heard enough jokes and smart remarks about this from my husband to last me the next century. No but really, brussels sprouts and cupcakes. Korea makes cake, but they all taste like cardboard, and the frosting might as well be pure shortening. no. taste. whatsoever.

“Where is ‘home’ to you? The one place where your stomach and heart tells you, that you are home…?” -Haley
Home is in the homemade cookies I pull out of my mini-sized oven. It’s in my husband’s arms as we chat about how our day at work went. It’s cuddling with my pet while watching old reruns on TV. Home is not a physical place for me, but I’m totally ok with that!

“What does a trip to the grocery store look for you? Any favorite Korean foods?” -Jessica
The typical trip to the grocery store pretty much looks like me meandering around the fresh produce thinking about what sort of dinners I can make solely of just vegetables. Unfortunately there isn’t much of a produce variety. What’s’ in my cart at the end of a trip? Potatoes, onions, tomatoes, carrots, lettuce, oranges, apples, canned corn, milk, wine, and canned tuna. Every other week or so I may also throw in a bag of noodles. Now you literally know everything I eat. Everything. 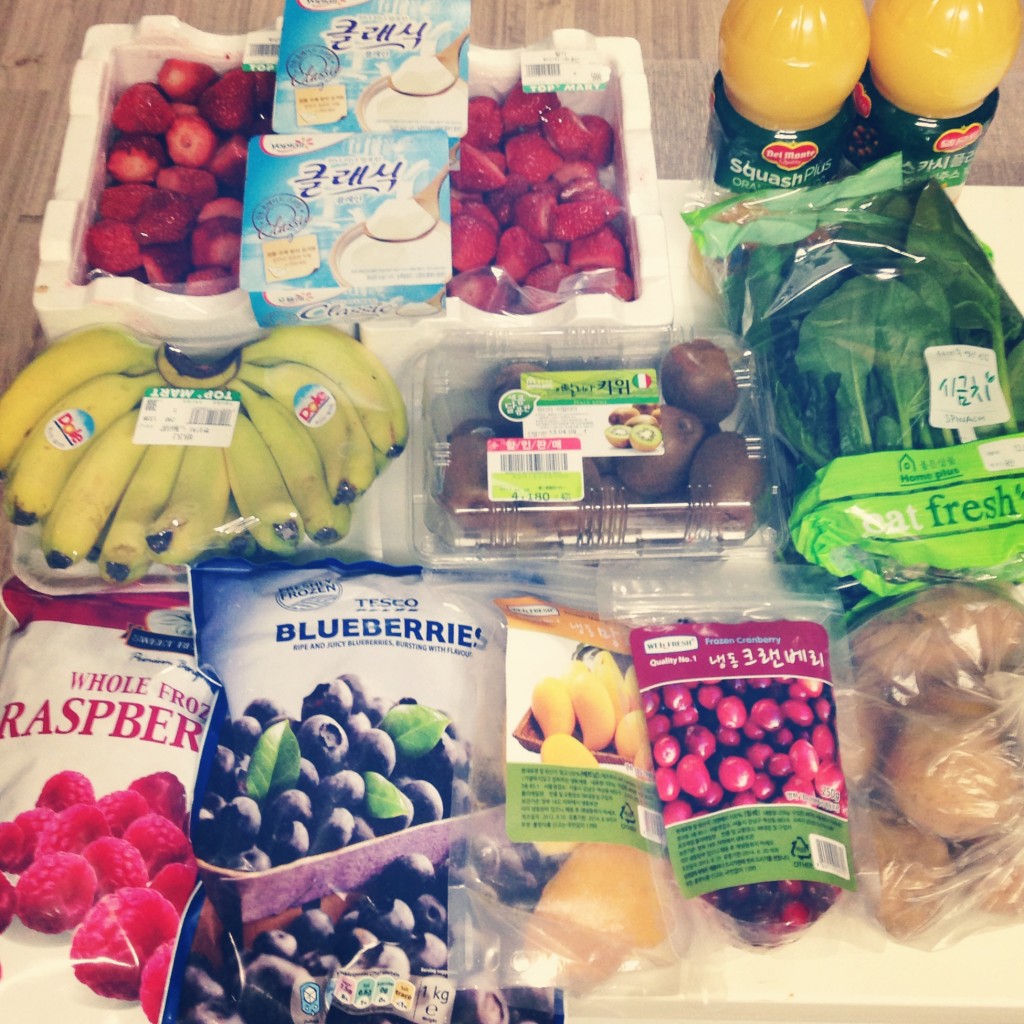 As far as Korean food goes? I LOVE pajeon! It’s a Korean pancake made with vegetables and sometimes kimchi to flavor. SO GOOD!

“How do you distract yourself when homesickness strikes?” -Char
I don’t get as homesick as a lot of people would, but when I do, I love reliving old memories. Going through a photo album, writing someone I miss a quick message, and maybe buying something at the foreign mart that makes me think of home makes me feel instantly better!

Stay tuned next month for the final part of the ‘Questions Answered’ series!