This year Derik and I celebrated our fifth year wedding anniversary. For the last four years, Derik has done an amazing job putting together surprises and making our anniversary special, and I wanted to return the favor with planning this year’s getaway. I found an amazing deal on a cruise around the Aegean Sea into the Mediterranean (posts about that coming soon), with the departure port leaving from Istanbul, Turkey.

I partnered with Shangri-la Bosphorus during our 36 hour layover in Istanbul to create the most epic ‘weekend’ anniversary getaway (remember Derik knew nothing of the cruise to come)! With their help and extraordinary service, we were able to start off our anniversary week in the most luxurious and over-the-top style! 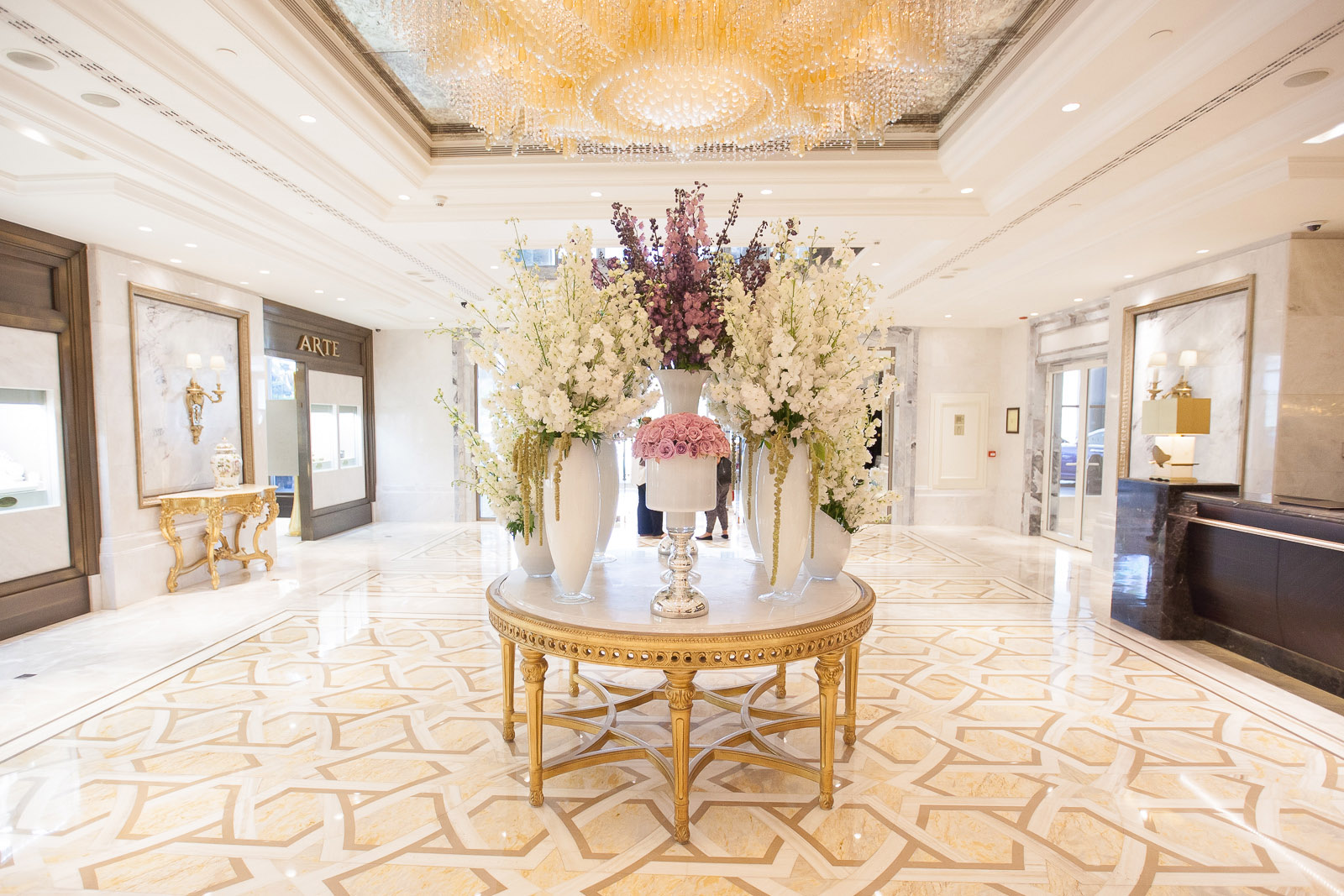 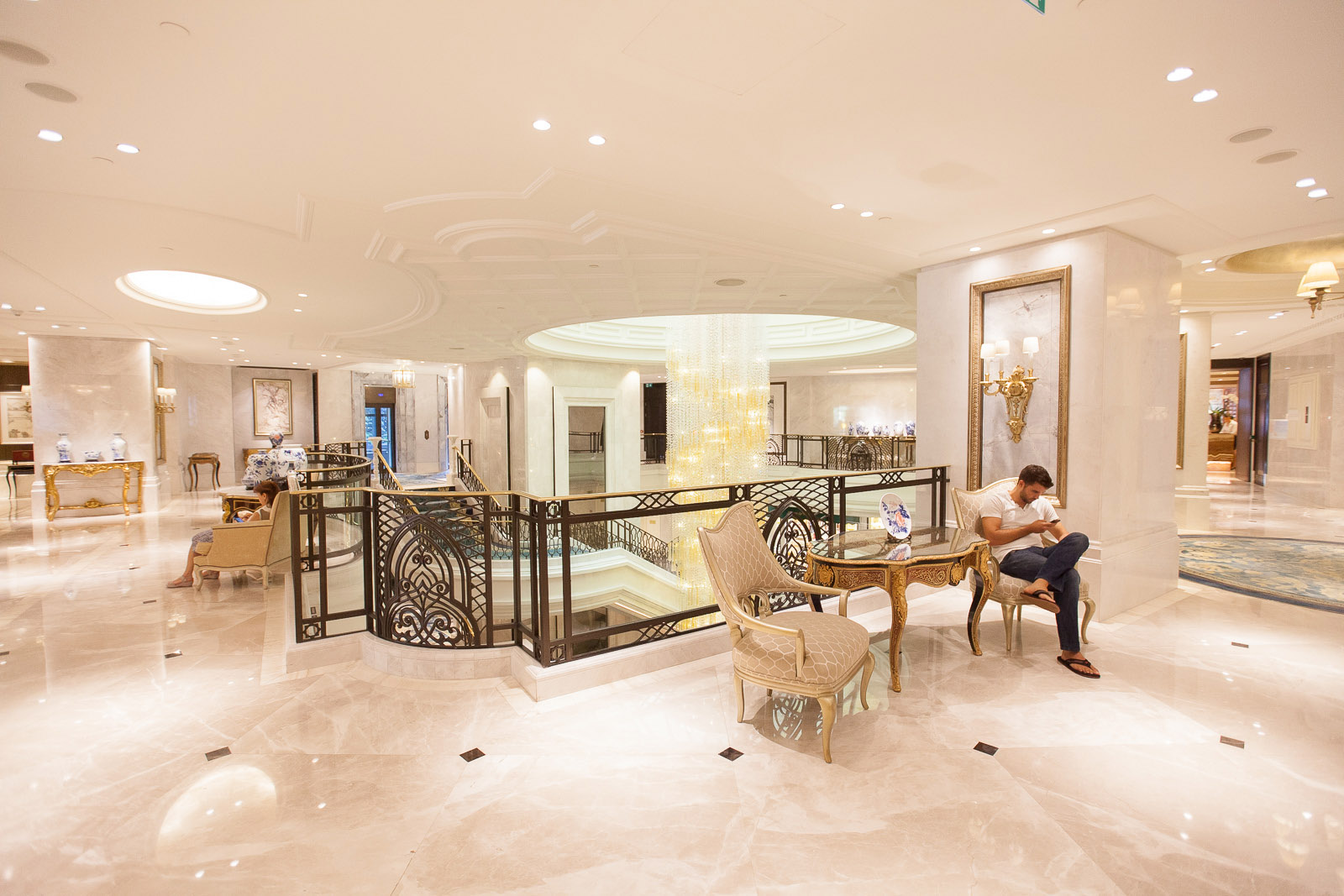 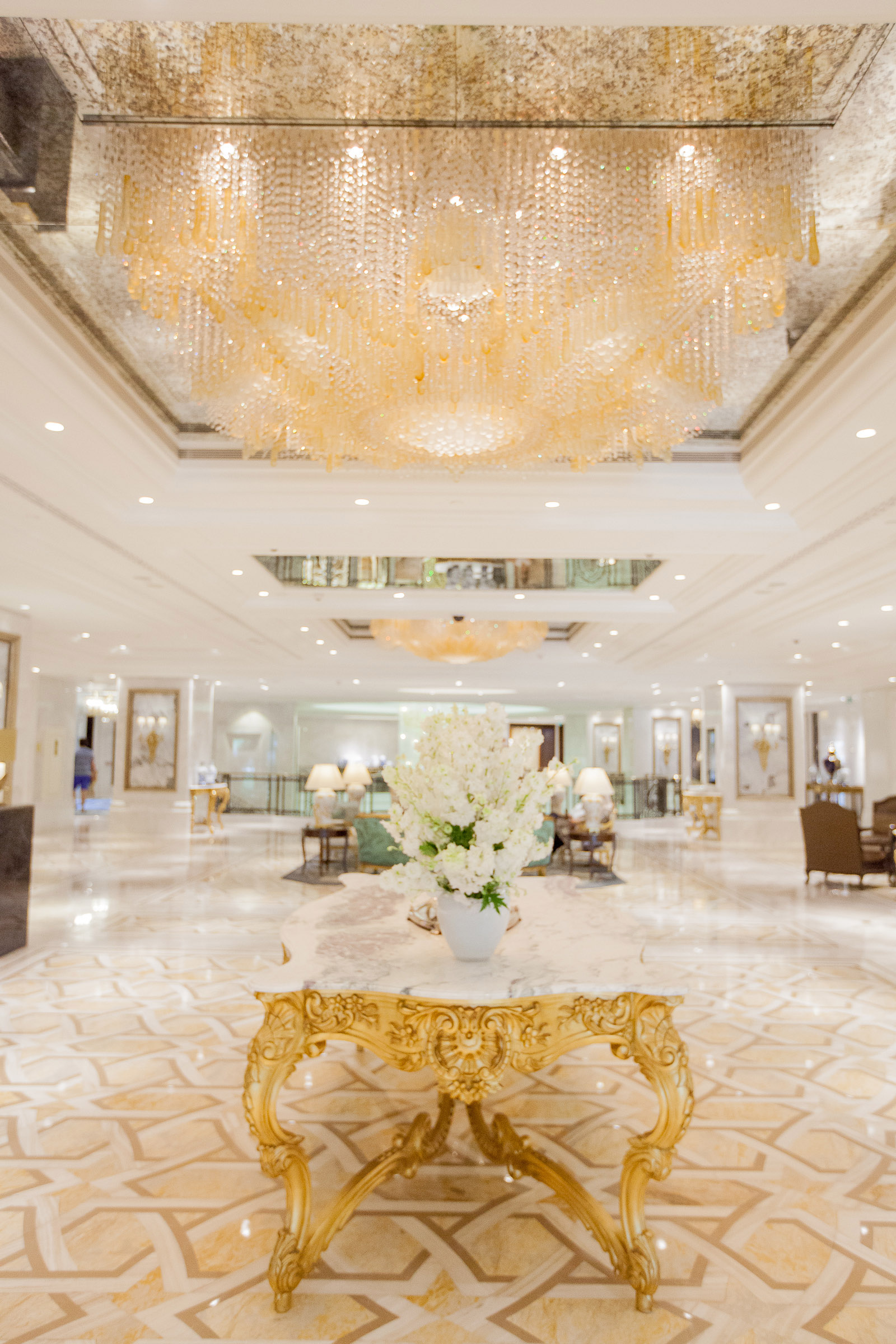 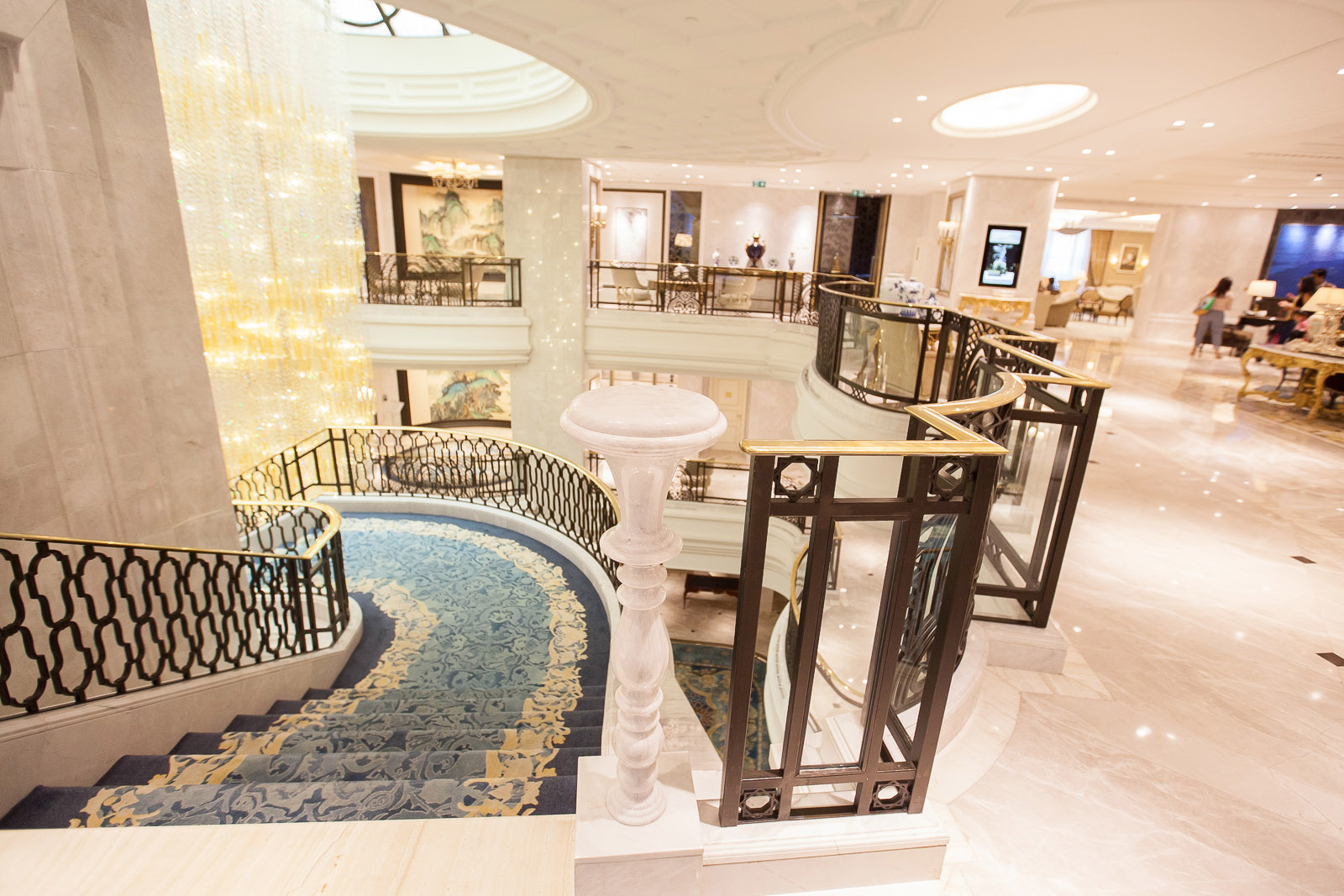 Shangri-La Bosphorus is located along the beautiful blue waters of the Bosphorus Strait in Besiktas, a bustling entertainment and financial hub in Istanbul.  The hotel boasts of 186 rooms (17 of which are suites, some of the biggest rooms in Istanbul), two restaurants, two bars, a spa, hair salon, and much more!

If you’re looking for a place to unwind from a busy day in the city, receive exceptional customer service, and enjoy some of the best food the city has to offer, I can guarantee Shangri-La Bosphorus will deliver.

I knew I was in good hands even before arriving, as the reservation staff promptly emailed me asking details of the “special occasion” I had written in the notes after originally setting up/booking our room. They were delighted to hear that Derik and I would be celebrating our 5th year anniversary, and assured me we would have a great time during our stay.

After a 45-minute drive from the airport (traffic was and always will be nuts in Istanbul), we were greeted at the front door by two friendly doormen. We were then brought through a quick security check (thankful for that), and escorted right into the middle of the prettiest hotel lobby I’ve seen in a long time. Gigantic bouquets of fresh flowers decorated almost every table, and a live harpist was playing in the reception room across from the check-in desk. How’s that for a dazzling welcome?

We were given a brief orientation of the hotel, and brought up to our room within 10 minutes of arriving at the Shangri-La. The room we were given was beyond my expectations with chocolates, candies, nuts, cakes, and fruits scattered throughout the room. We also received two personal notes of congratulations on our anniversary — one from the General Manager of the hotel, and the other from the reservations staff.

I’ll talk more in detail about the food and room below, but our overall experience at the Shangri-la Bosphorus was phenomenal. I couldn’t have thought of a better way to start of our anniversary weekend than the opportunity we had to stay at such an incredible hotel! The ambiance, the professionalism, the romance…we were given it all! 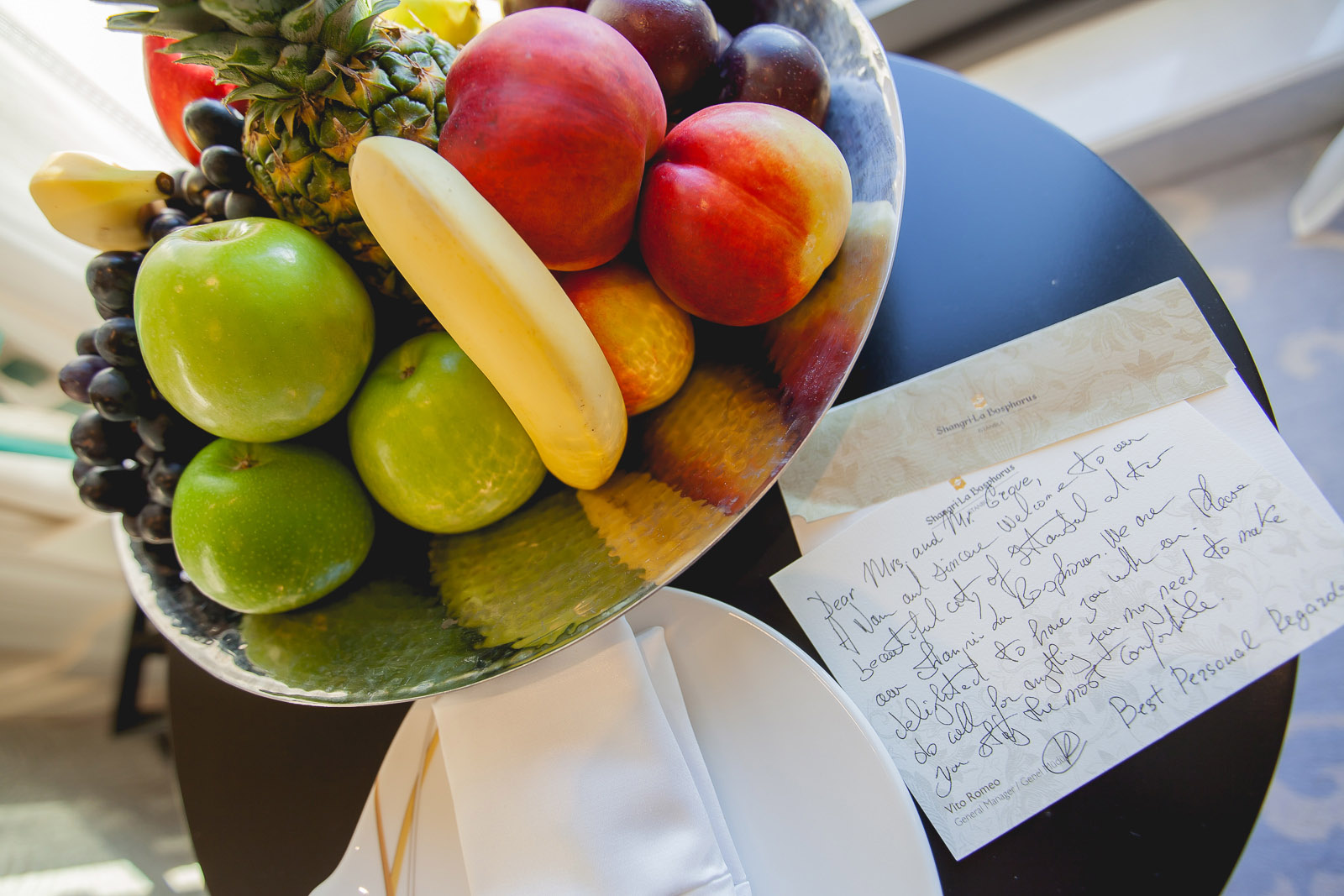 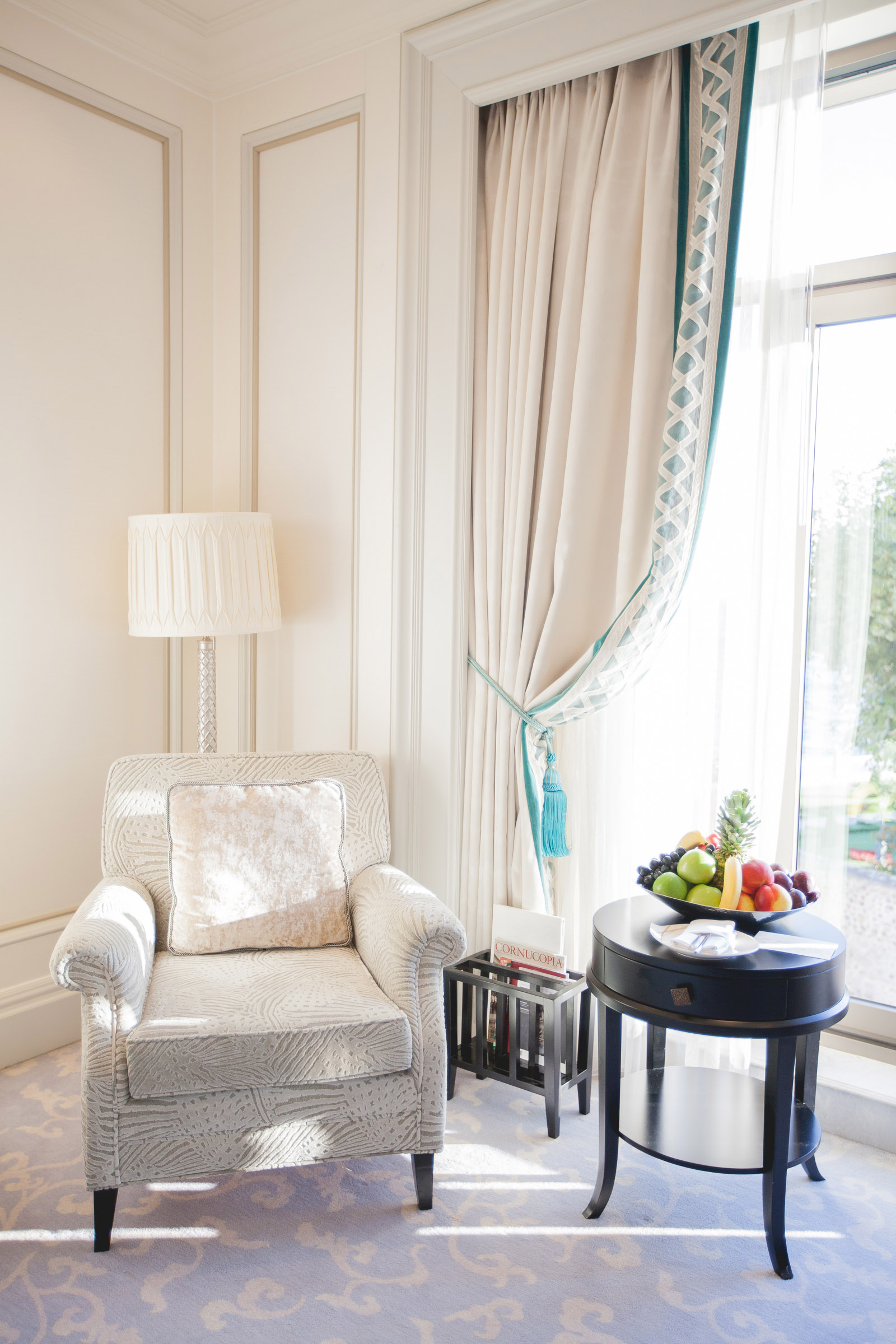 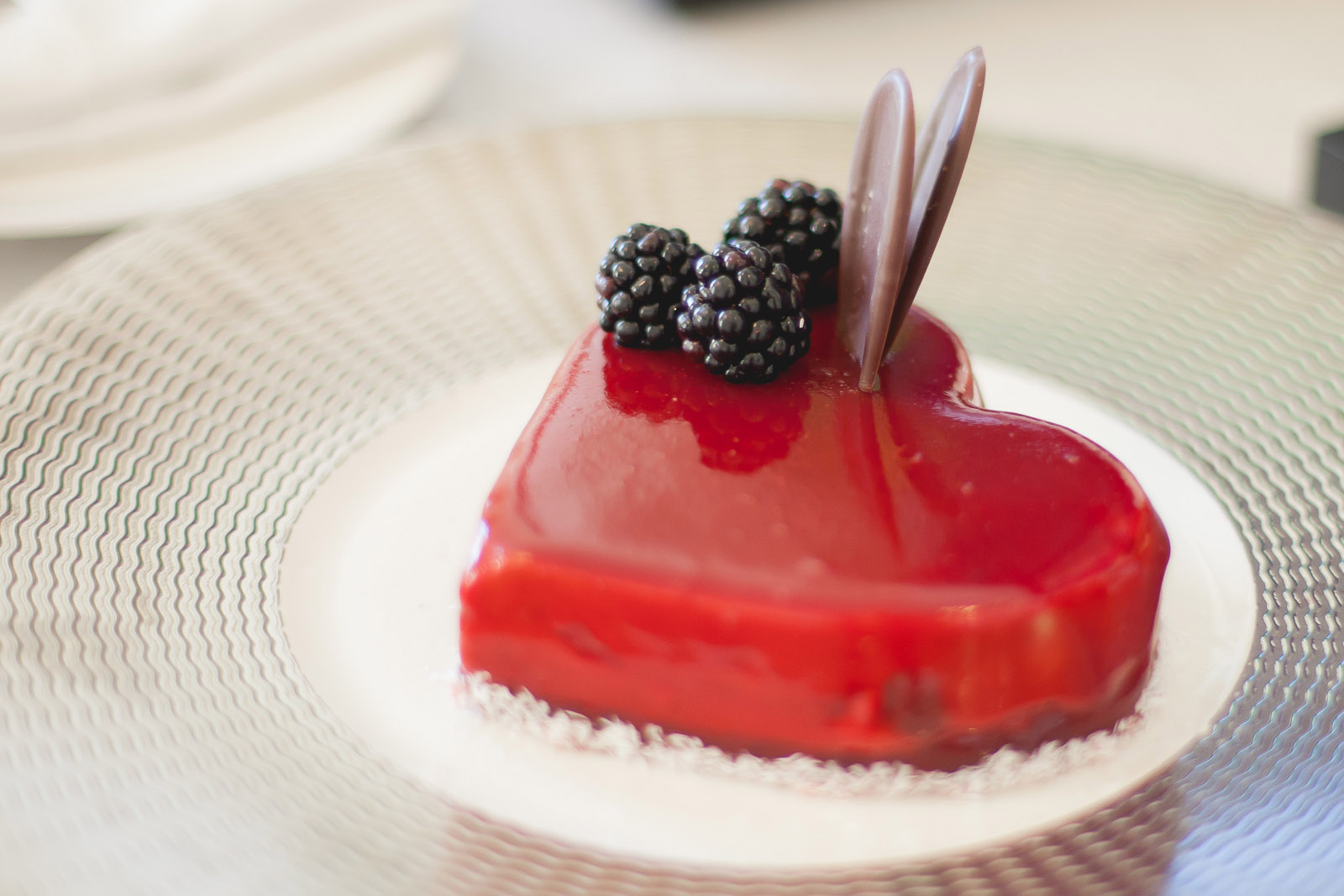 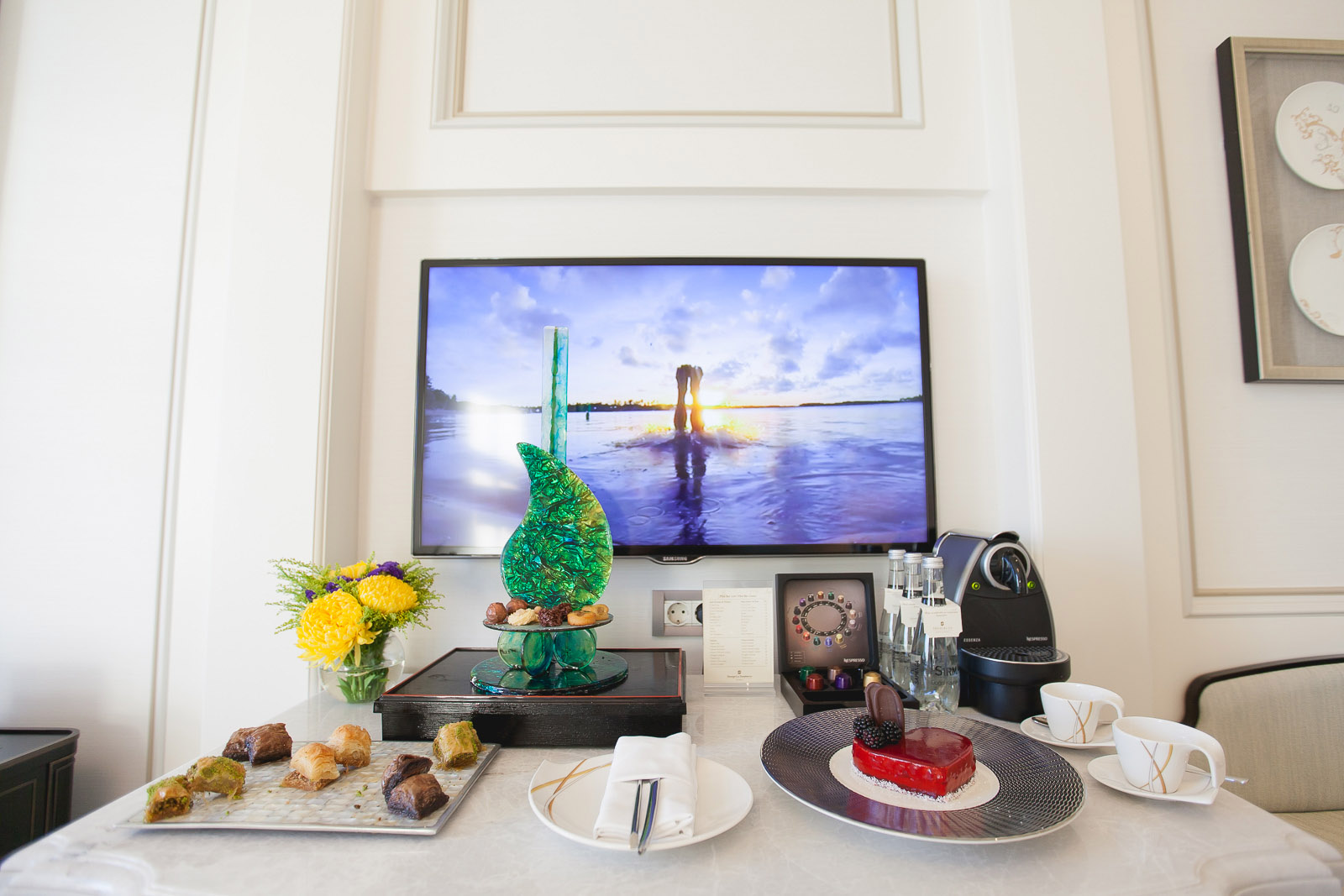 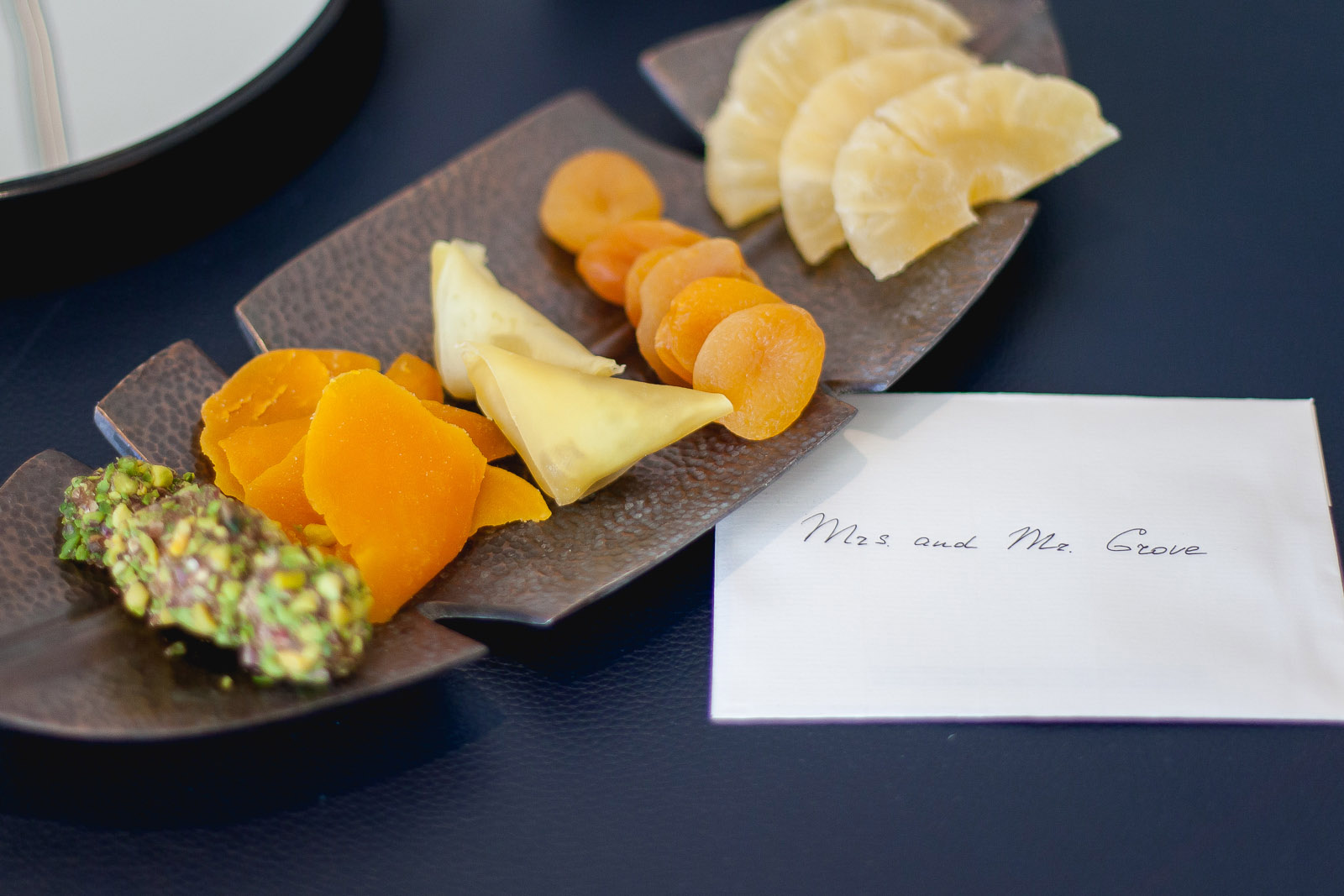 Derik and I booked the Deluxe Bosphorus room, and were pleasantly surprised to find out that it came with full views of the Bosphorus Strait and the surrounding neighborhood (gorgeous sunsets by the way!).

The room itself was spacious (646 sq.ft) with a king-sized bed, a great desk to work at, lounge chair, and TVs located both in the bedroom and the bathroom. The bathroom had a spacious marble bathtub with two shower heads, a separate toilet room, and a heated mirror.

There was plenty of natural light coming into the bedroom from the large window overlooking the Strait, but adequate lighting was also provided in all areas to keep every room well-lit and bright. Our room was also stocked with it’s own Nespresso coffee maker, mini-bar (amazing selection), Bvlgari soaps and shampoos (they smelled so good I kept them), ironing board/iron, and iPhone speakers. 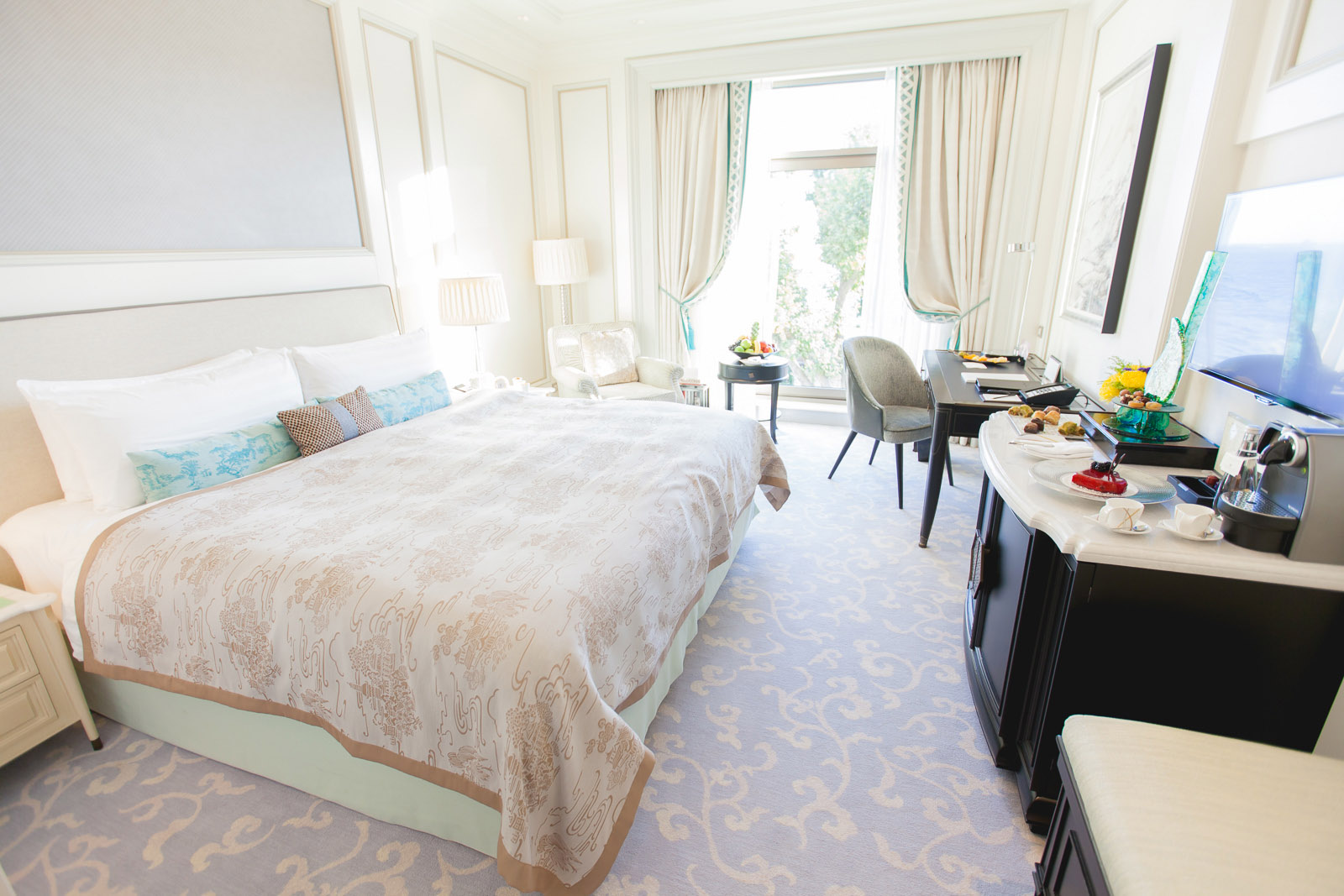 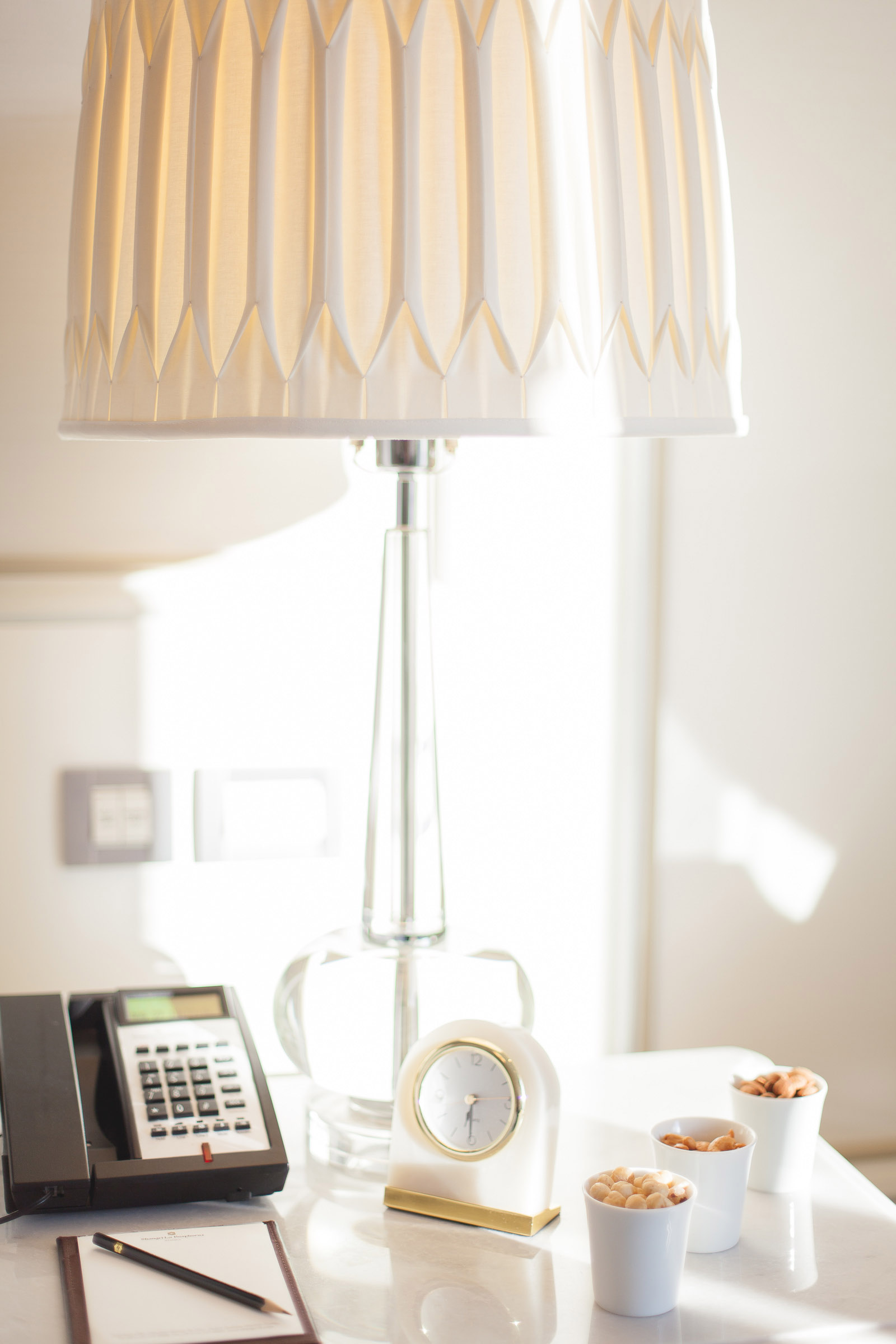 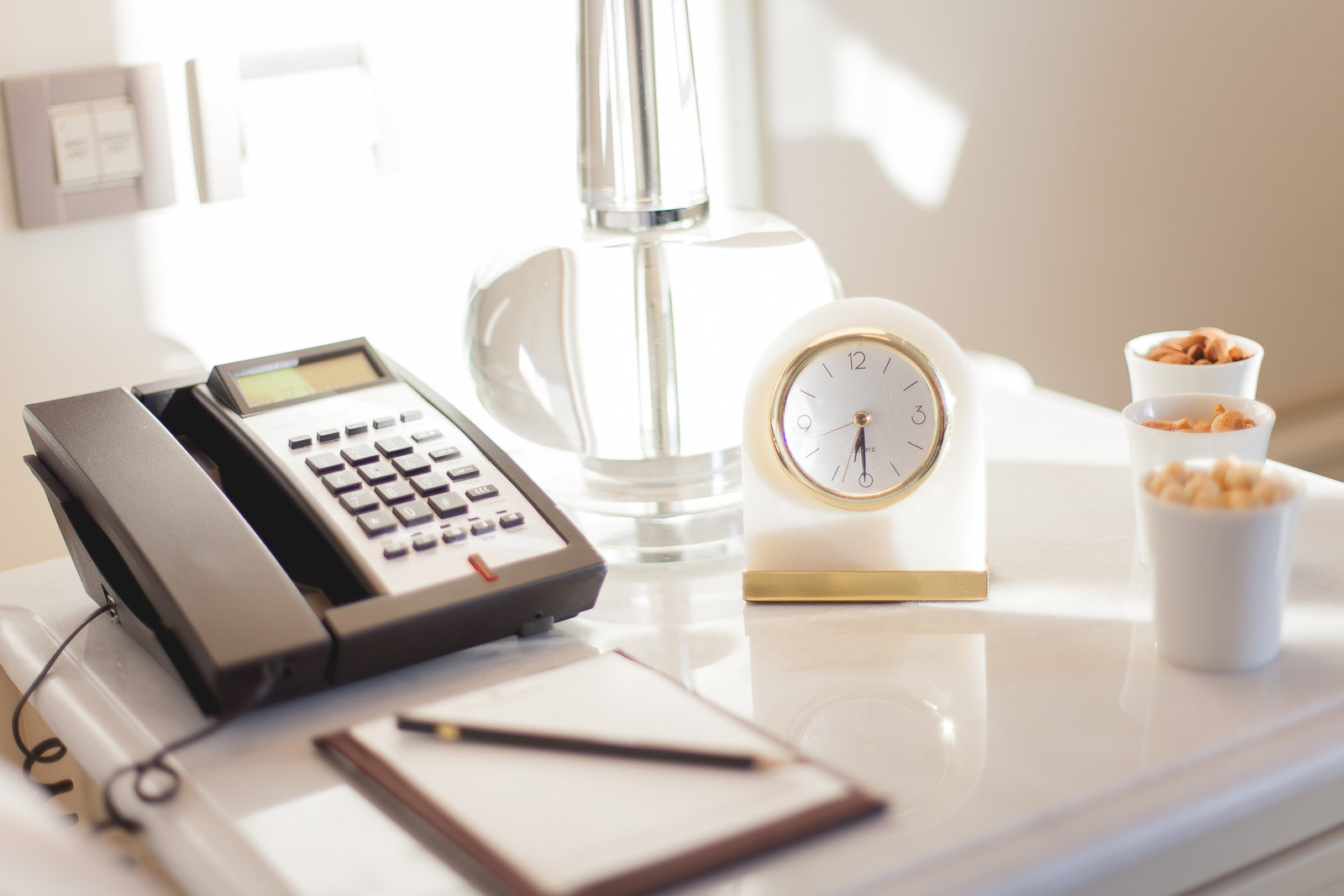 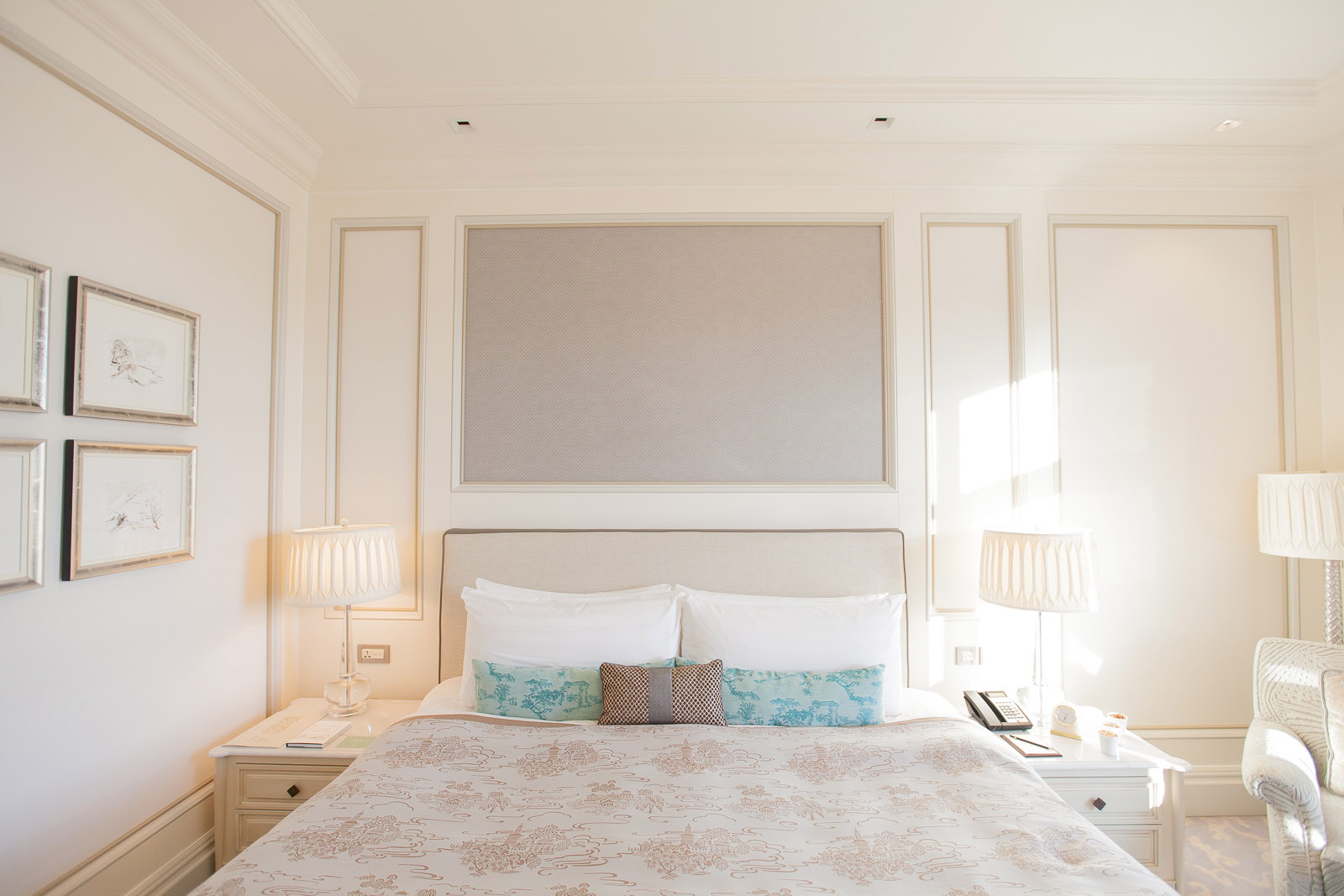 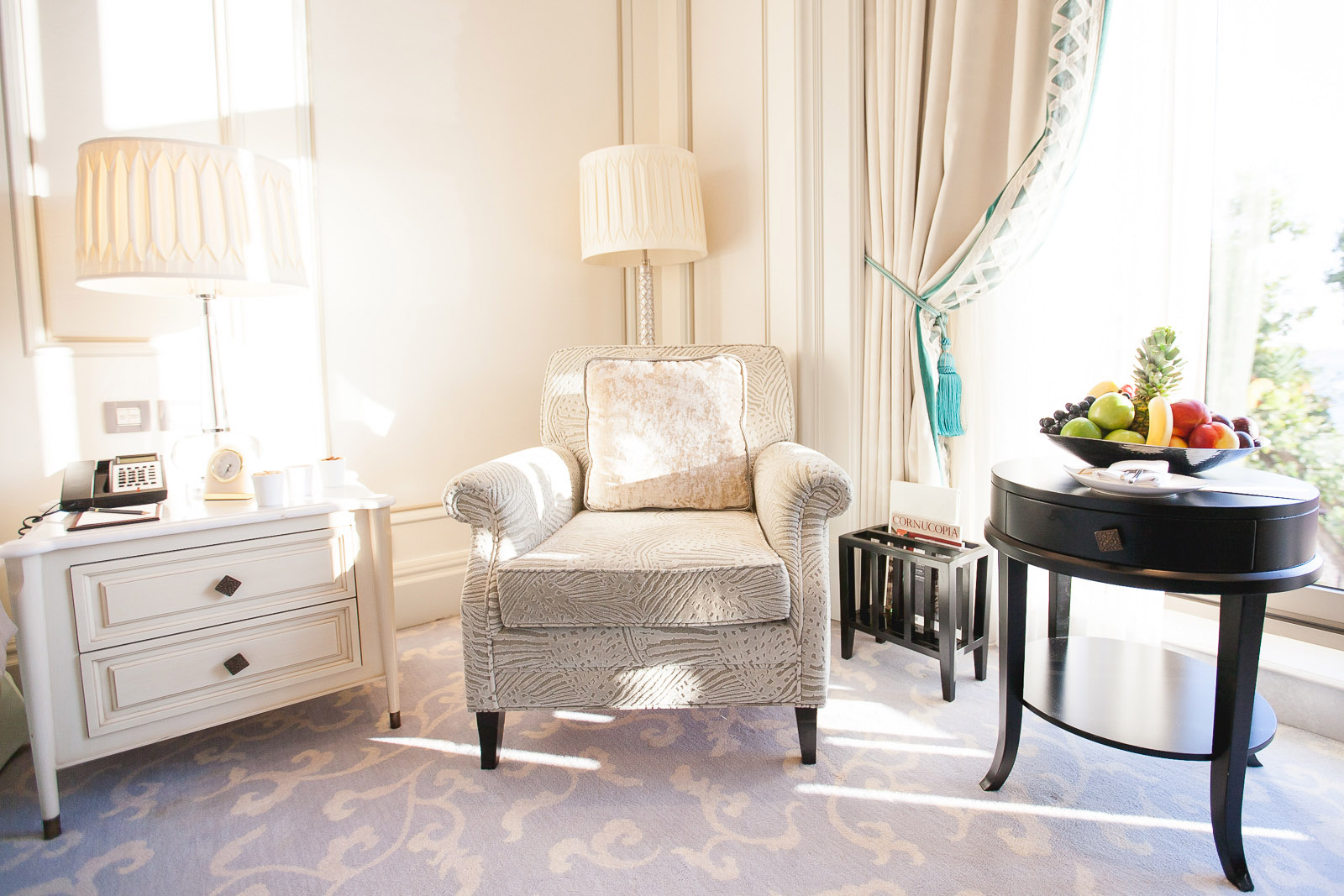 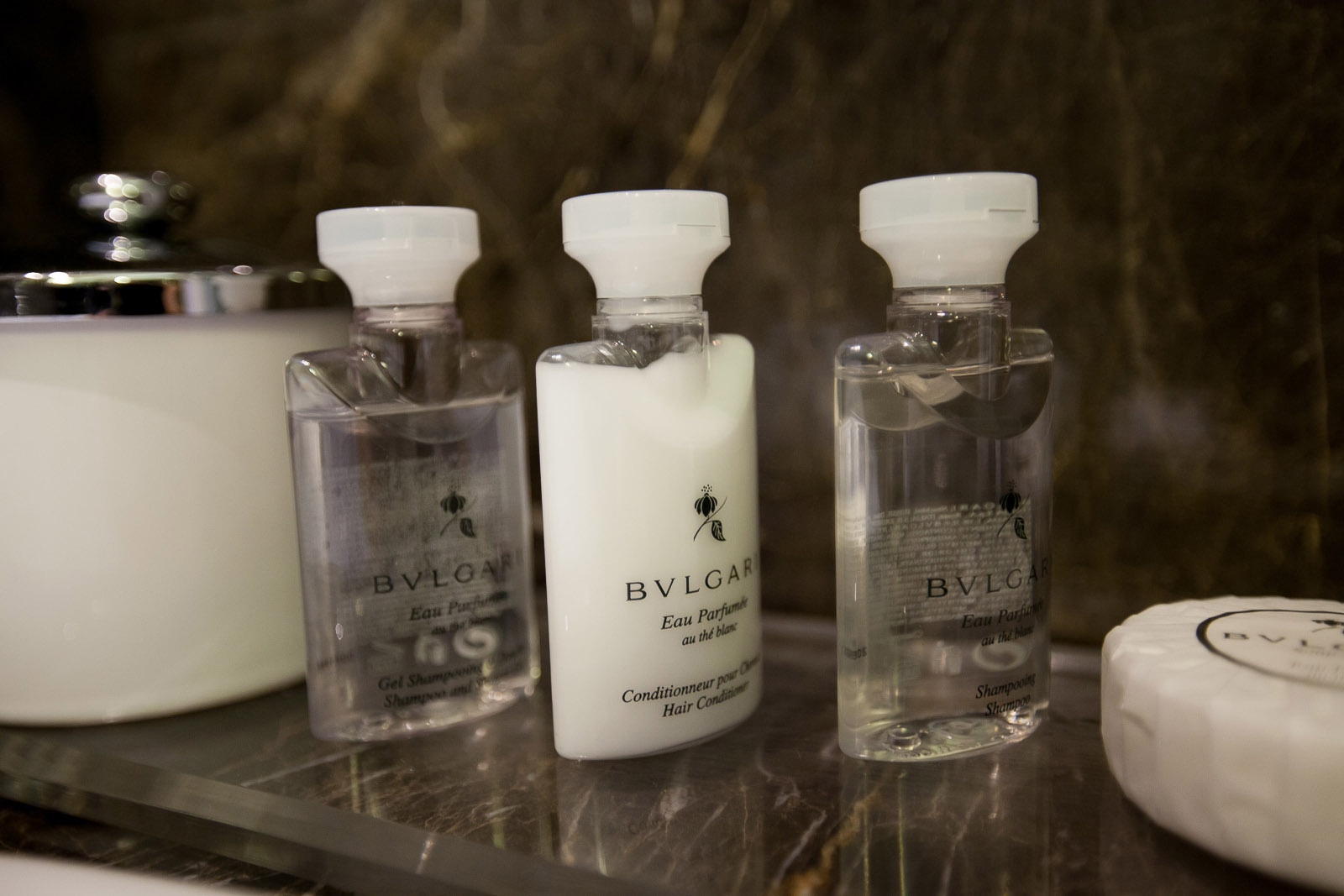 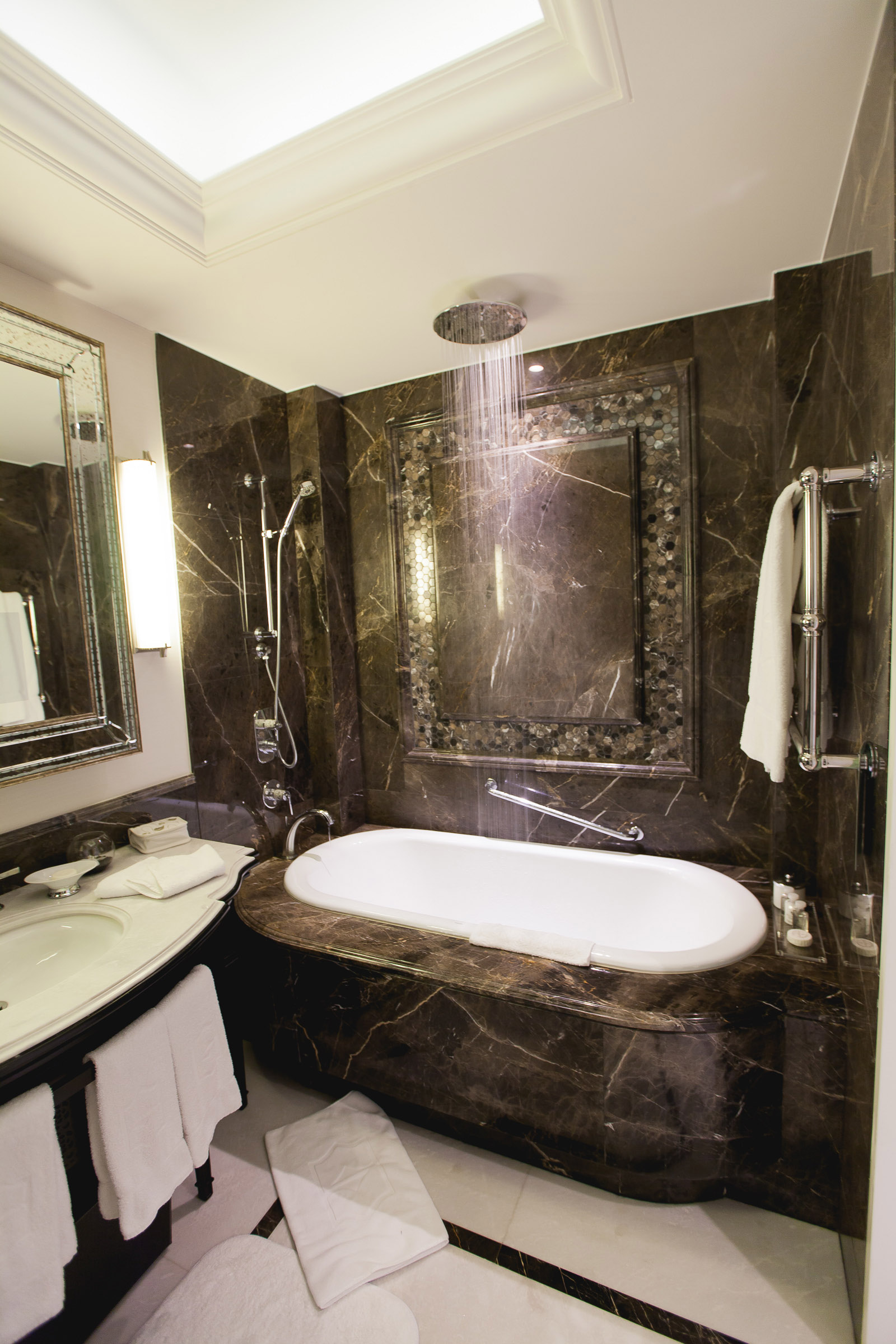 We made reservations to have dinner our first night at the Shang Palace, as it’s famed one of the finest Chinese restaurants in Turkey, but accidentally went to the other restaurant IST TOO instead. We didn’t realize our mistake until we were seated and had already been served our wine, but IST TOO was not disappointing! The hotel and restaurant staff understood our mistake and scheduled us in for the next night at the Shang Palace.

Istanbul is a foodie’s dream, and we were a bit hesitant to use both of our dinner nights at Shangri-La instead of eating out on the town, but the food we were served both nights was five-star quality and absolutely delicious.
IST TOO:
IST TOO serves a full breakfast buffet in the mornings, and it might just be the best selection of breakfast buffet food I’ve had in the last four years of living abroad. I don’t think there was a single thing missing at breakfast — they literally served everything!

For dinner, IST TOO offers a wide variety of Mediterranean and Asian food. It took us a while to pick off the menu because everything looked so good, but I ended up ordering the seafood shish kebab, and Derik ordered lamb. We also had to try the infamous sushi bar the restaurant offers, and ordered an avocado roll.

Everything was delicious, both at breakfast and dinner, and we never felt the restaurant was too crowded. The waitstaff was attentive and friendly even during busy times. 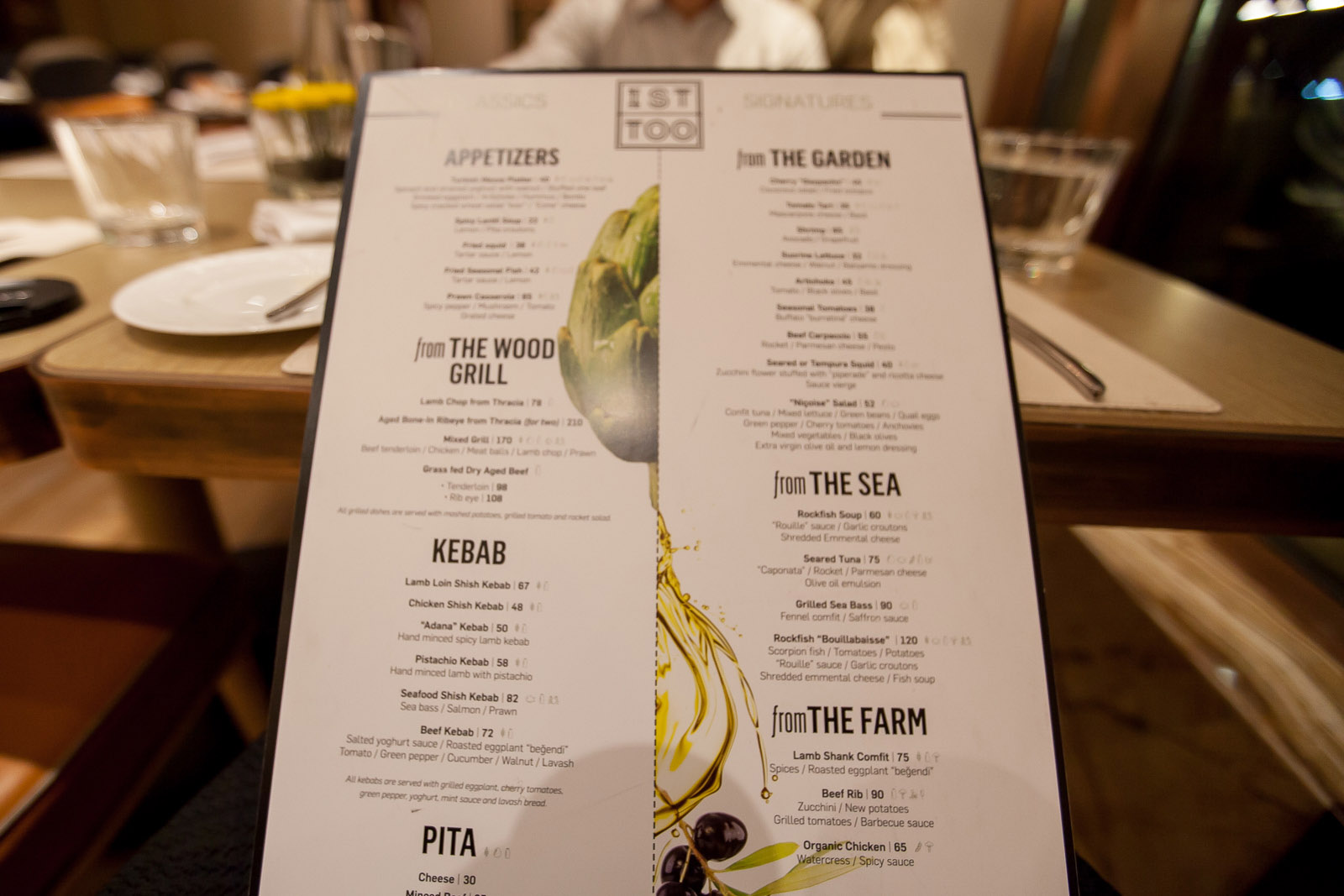 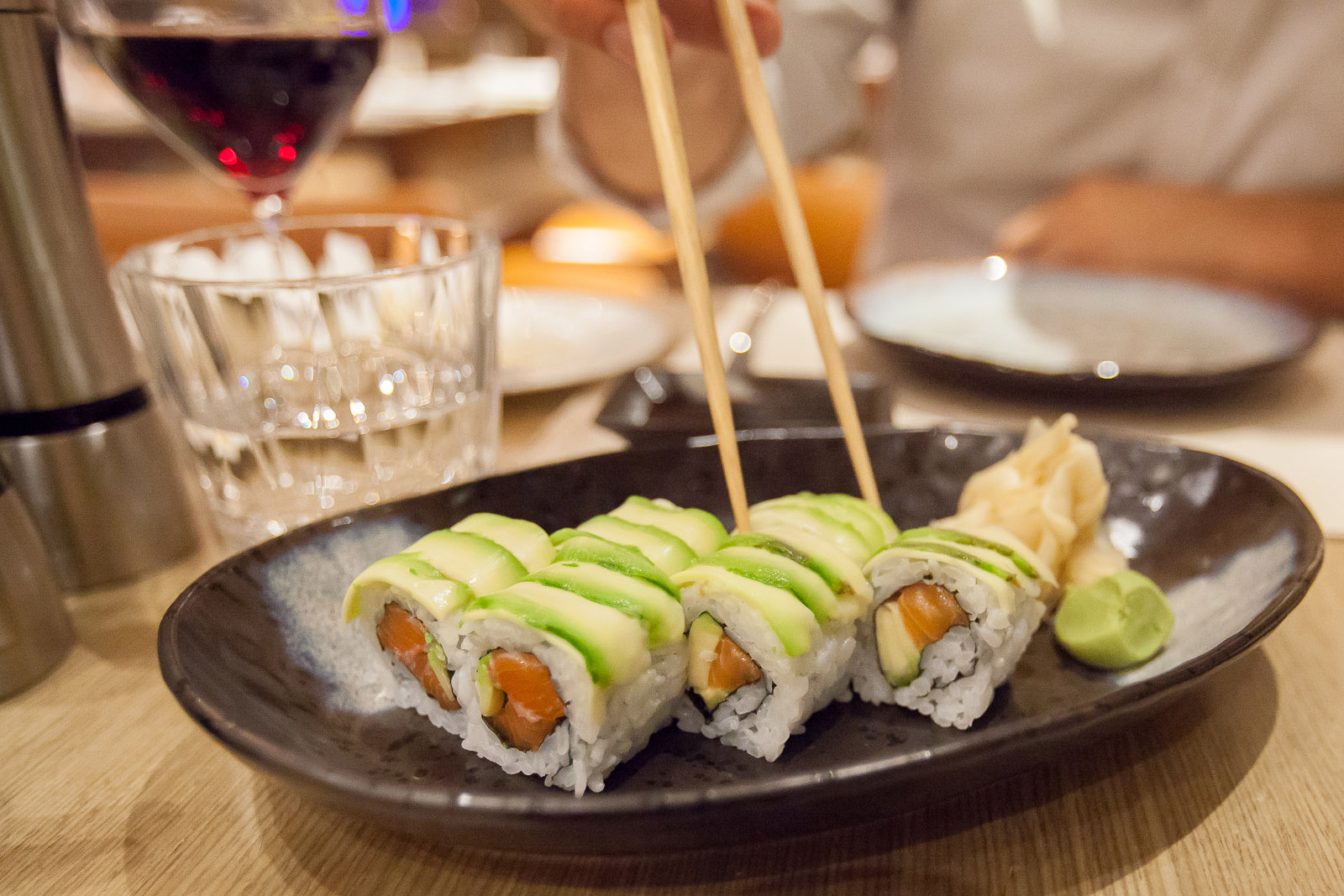 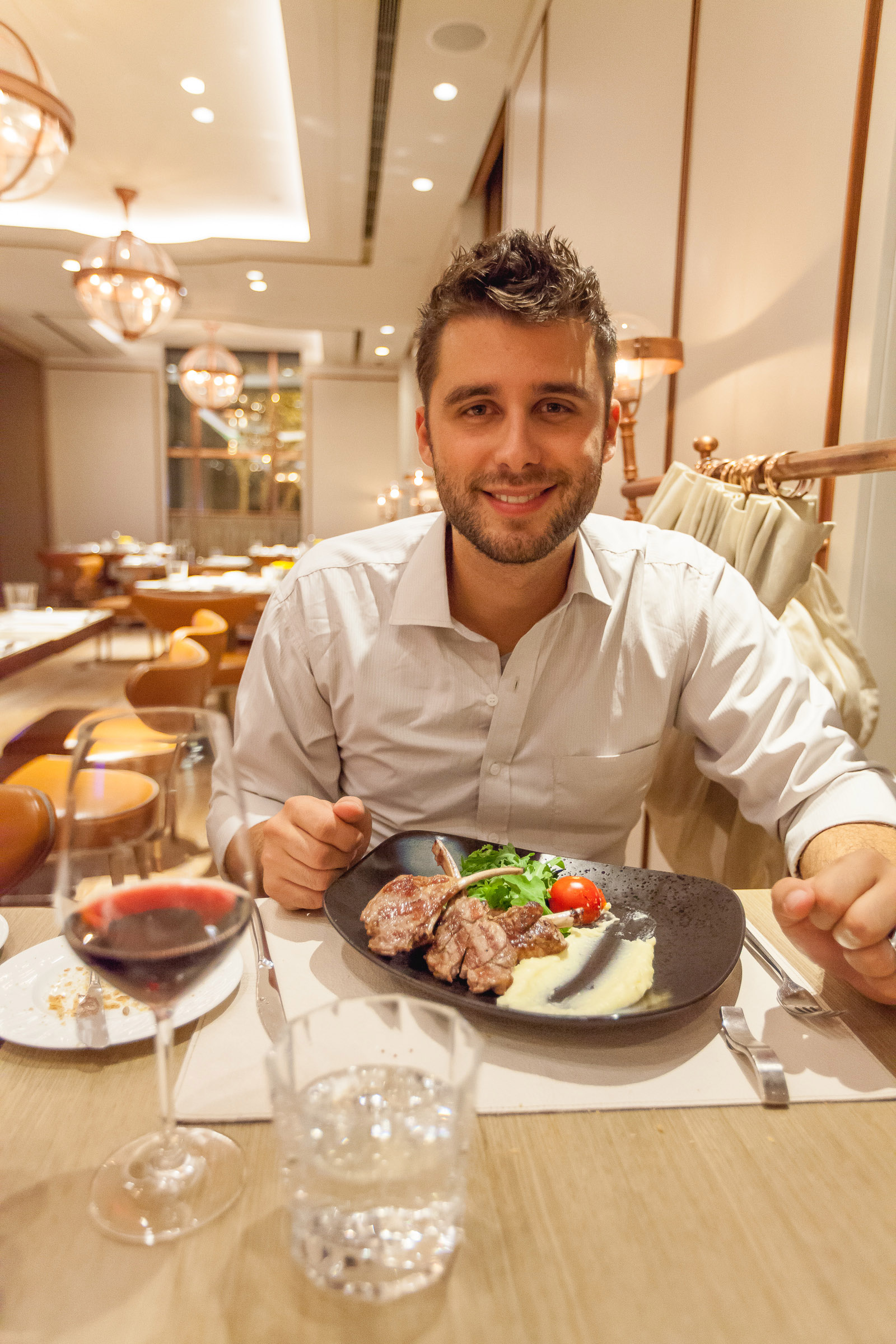 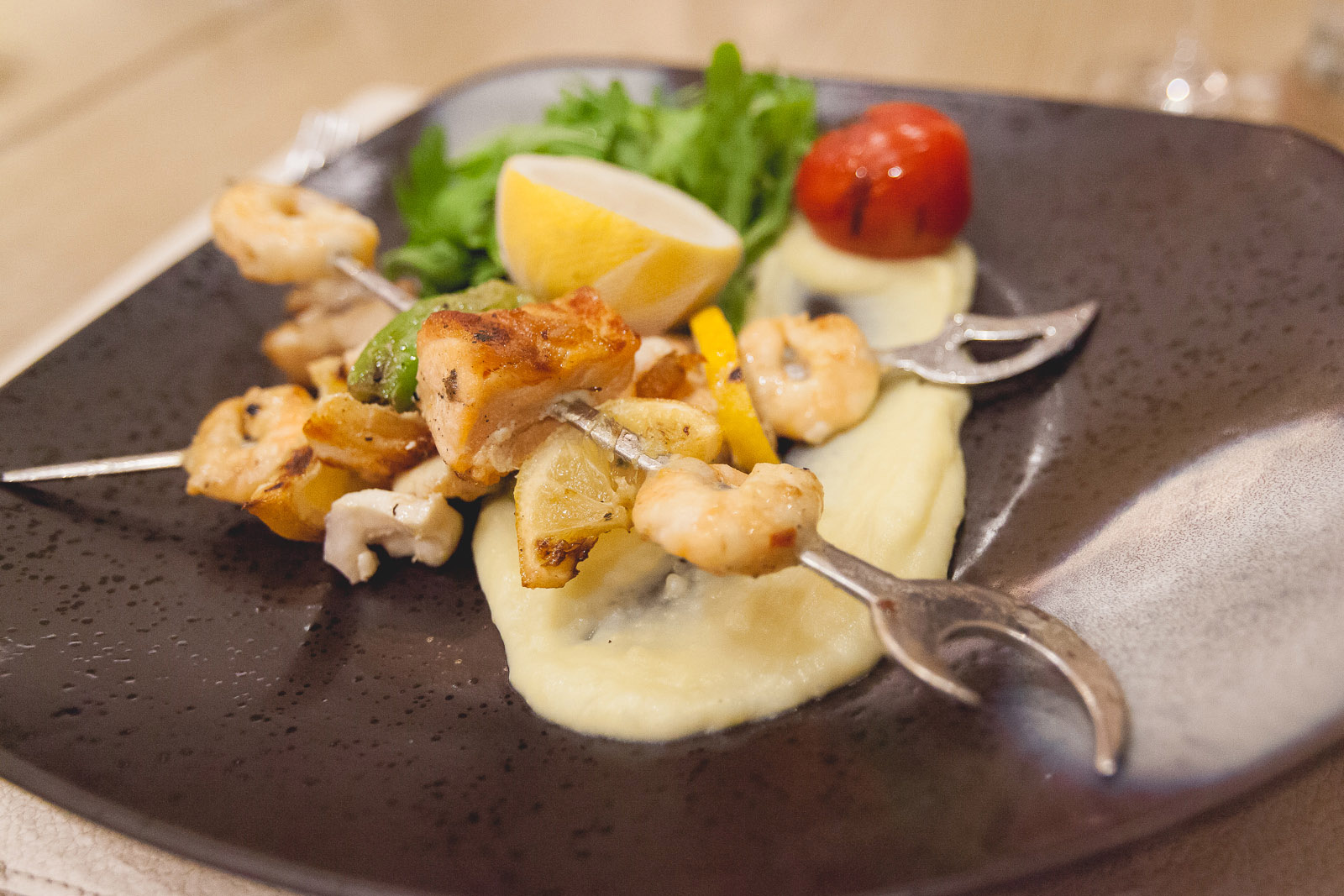 SHANG PALACE:
As I said above, the Shang Palace is known as one of the best Chinese restaurants in Istanbul. The Chinese-cantonese cuisine is prepared and cooked by ten experienced chefs hired from China. I’ve never lived in China or visited, but I’d have to say, the food was phenomenal. We were told that if we ordered their popular steak dish it would melt in our mouths…and it did. We didn’t realize the restaurant served so much in a single serving, so we ended up ordering our own meals: Derik ordered steak, and I ordered scallops in stir-fried vegetables. We also tried the fried noodles and dim-sum soup.  The restaurants sommelier suggested a nice glass of red to pair with our food, and we spent the next couple hours eating in luxury.

After dinner we were treated to a traditional Chinese tea show where the entertainer swirled around a gigantic teapot full of tea and would pour it into cups in all sorts of bizarre ways. I only snapped one picture towards the end of the show — I was too entranced in it that I didn’t even think about pictures!

If you have a chance to go to either restaurant, I would definitely suggest Shang Palace as the “don’t miss” restaurant. IST TOO offers a great variety of food, but Shang Palace offers the whole package: food, entertainment, and learning experience. 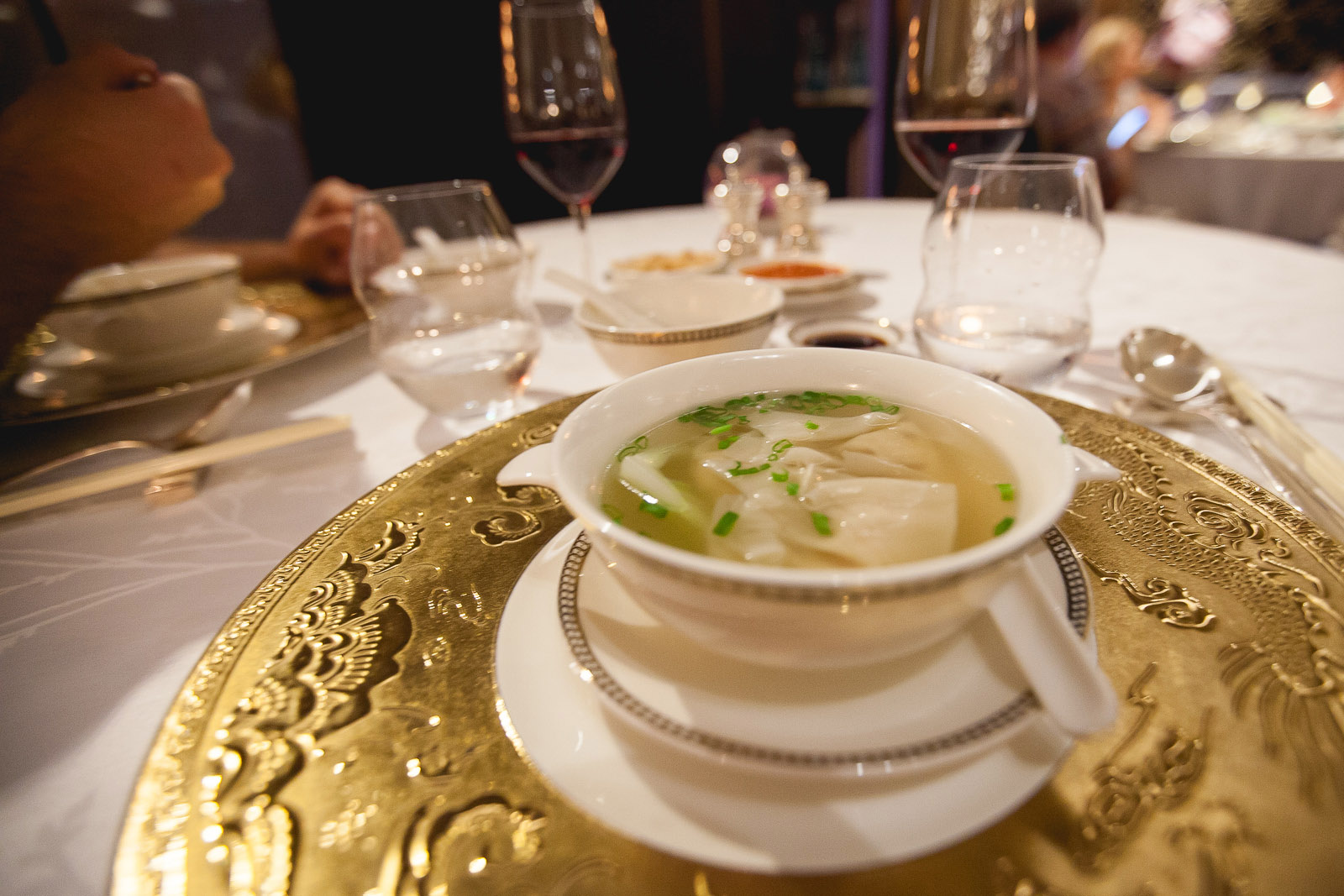 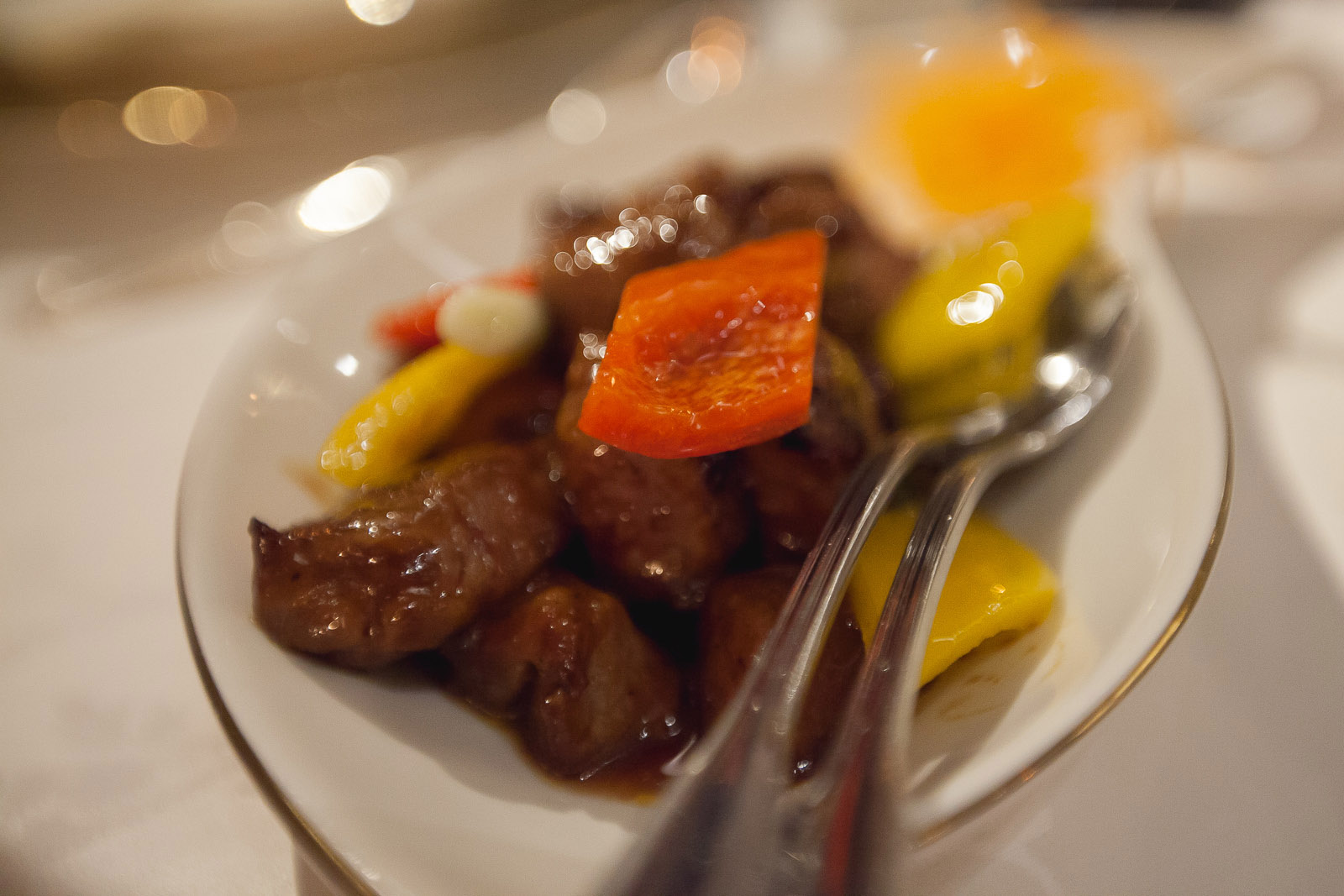 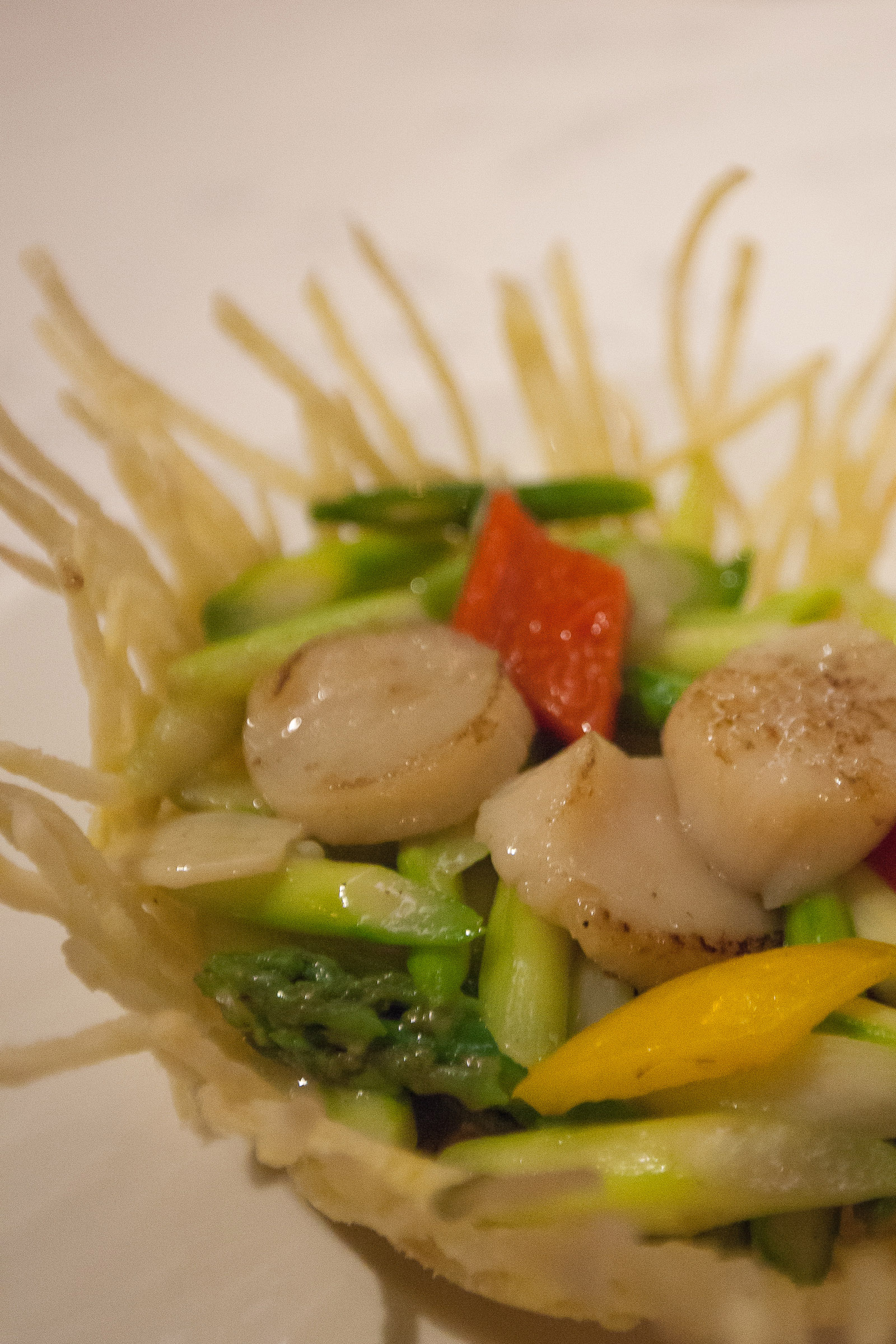 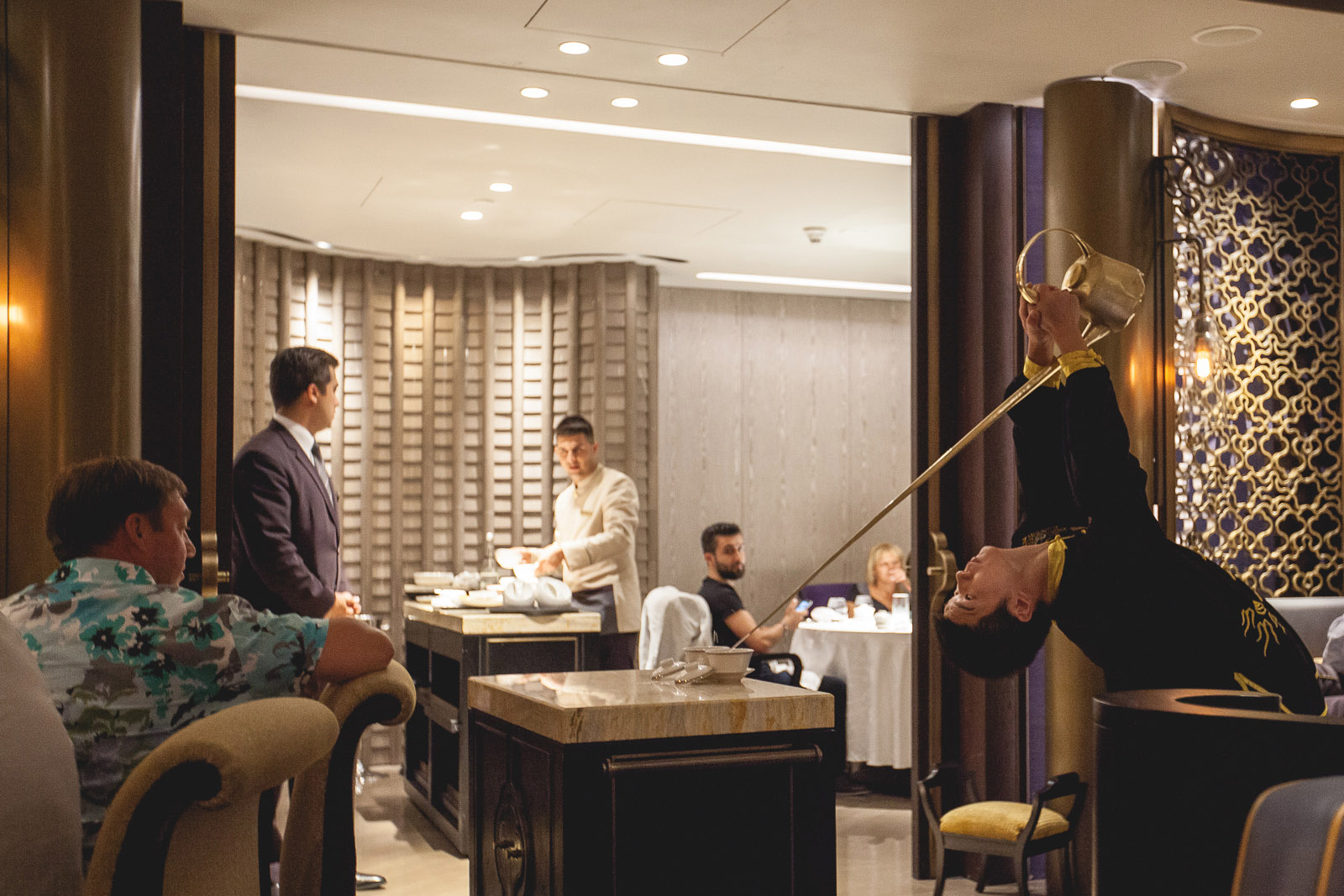 Book This Accommodation if…

…you want to step away from the hustle and bustle of the city (only an 18 minute drive from the Grand Bazaar).
… customer service is important to you.
… you like a little romance and luxury.
… you’re not so much in for an adventure during your stay, but rather an experience. 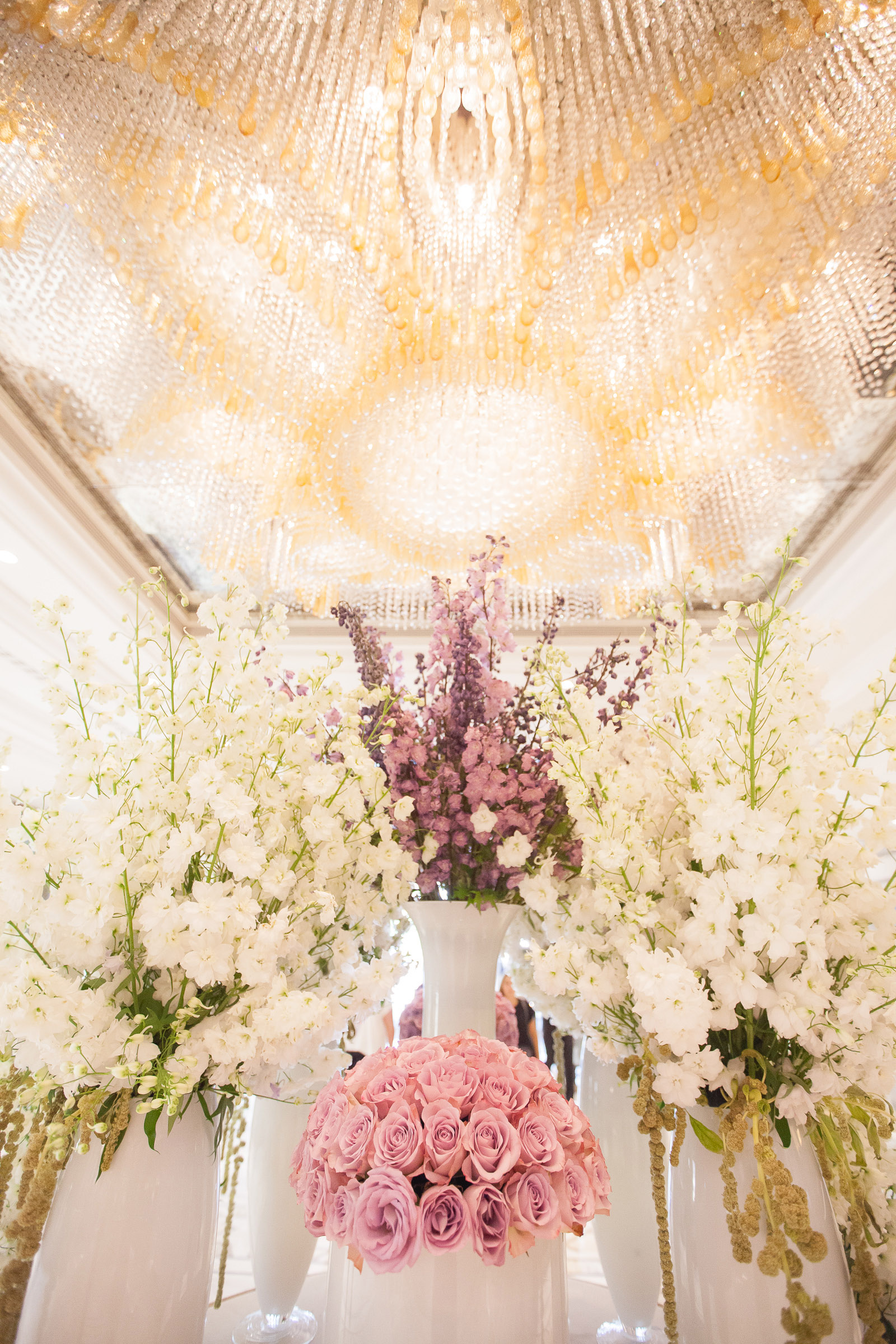 Derik and I were invited to stay at the Shangri-La Bosphorus in exchange for an open and honest review. You should know that all opinions always and forever will be MY OWN.