There’s nothing more exciting than stumbling upon a hidden gem, and I can truly say our visit to Spreewald, Germany was one of my favorite mini-getaways so far. Spreewald, named a UNESCO biosphere reserve back in 1991,  is known for its picturesque 187 sq. miles of canals that are used for traditional irrigation, and the natural organic products these canals and surrounding areas produce. If you’re currently thinking of a little venice meets fairytale forest, you’ve got the right idea.

Spreewald is located about an hour south east of Berlin, and to be honest, when I first started researching it back in 2016, I wasn’t finding  that much info on what the area provided. Why drive several hours to visit such a strange and seemingly less-touristy area instead of a trip to historic Berlin? Luckily, after a quick google search, I found Audrey from That Backpacker’s post she wrote a few years ago on her visit to the Spree Forest and was sold.

I had been secretly obsessing about visiting this magical land for over a year, we just hadn’t found the right time for the road trip until this past Labor Day weekend. It was a last minute decision to head to Spreewald, and even with the high season coming to close, we did not have much of a choice lodging-wise, but somehow found a place close enough to the center of things, in Lübbenau. The weather was drizzly the entire weekend, and we were thankful to have our car accessible to drive the distances from our hotel to where all the shops, restaurants, and canals were. If the weather had been nicer, we would have just rented bikes or walked as most things weren’t more than 2 miles away. We also had to consider the fact that I am 6+ months pregnant and getting around isn’t quite as easy as it has been in the past. 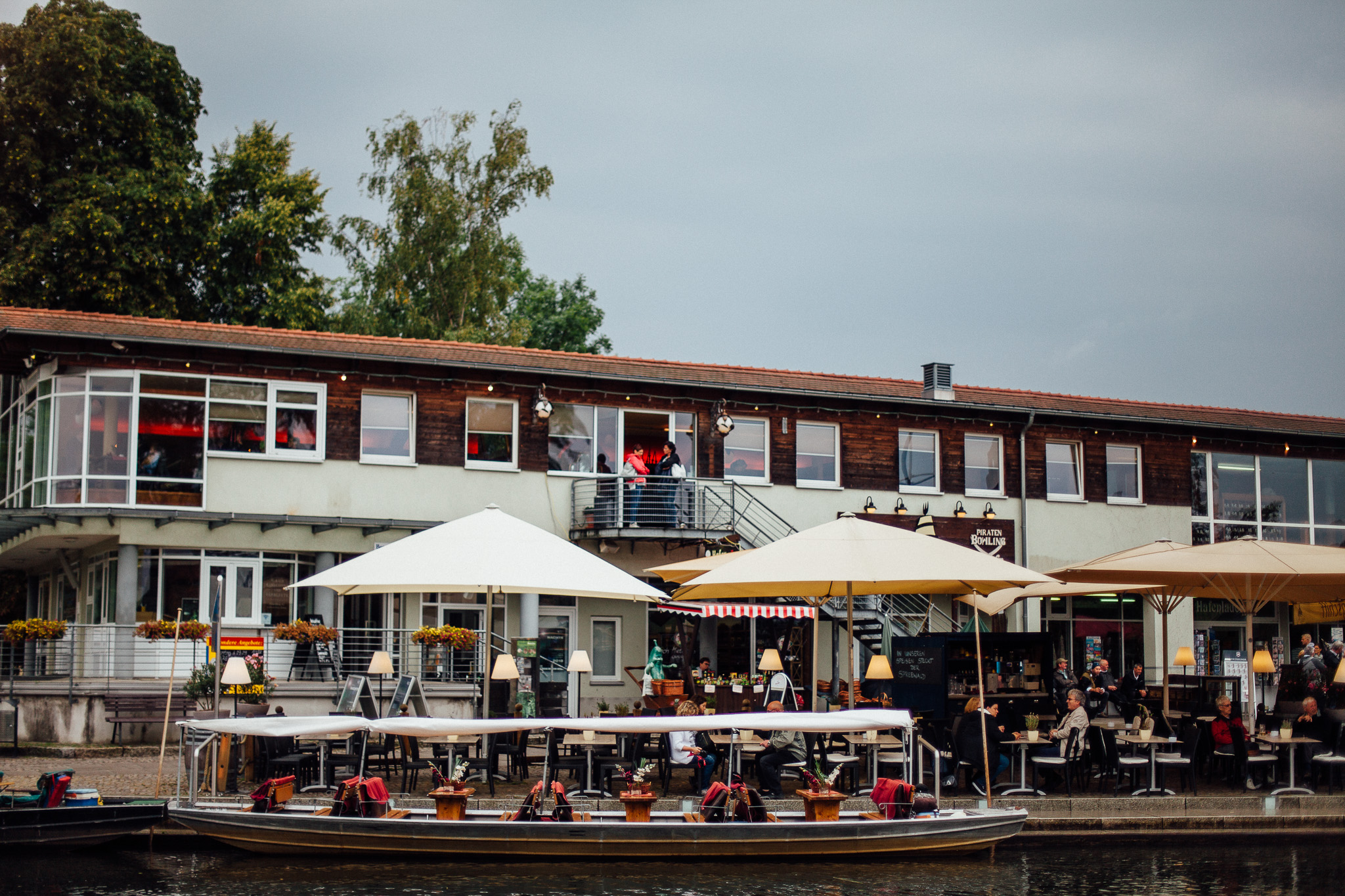 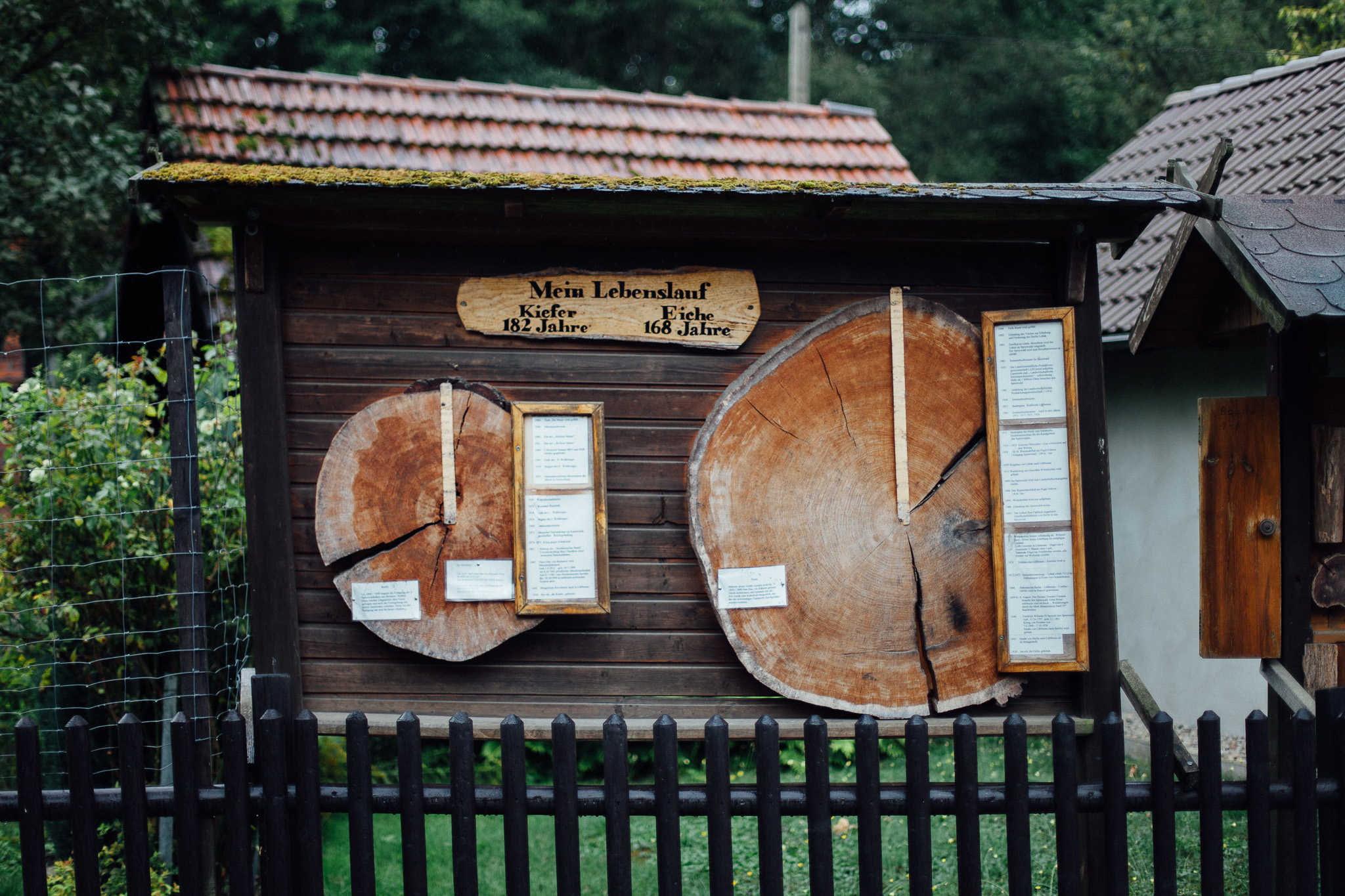 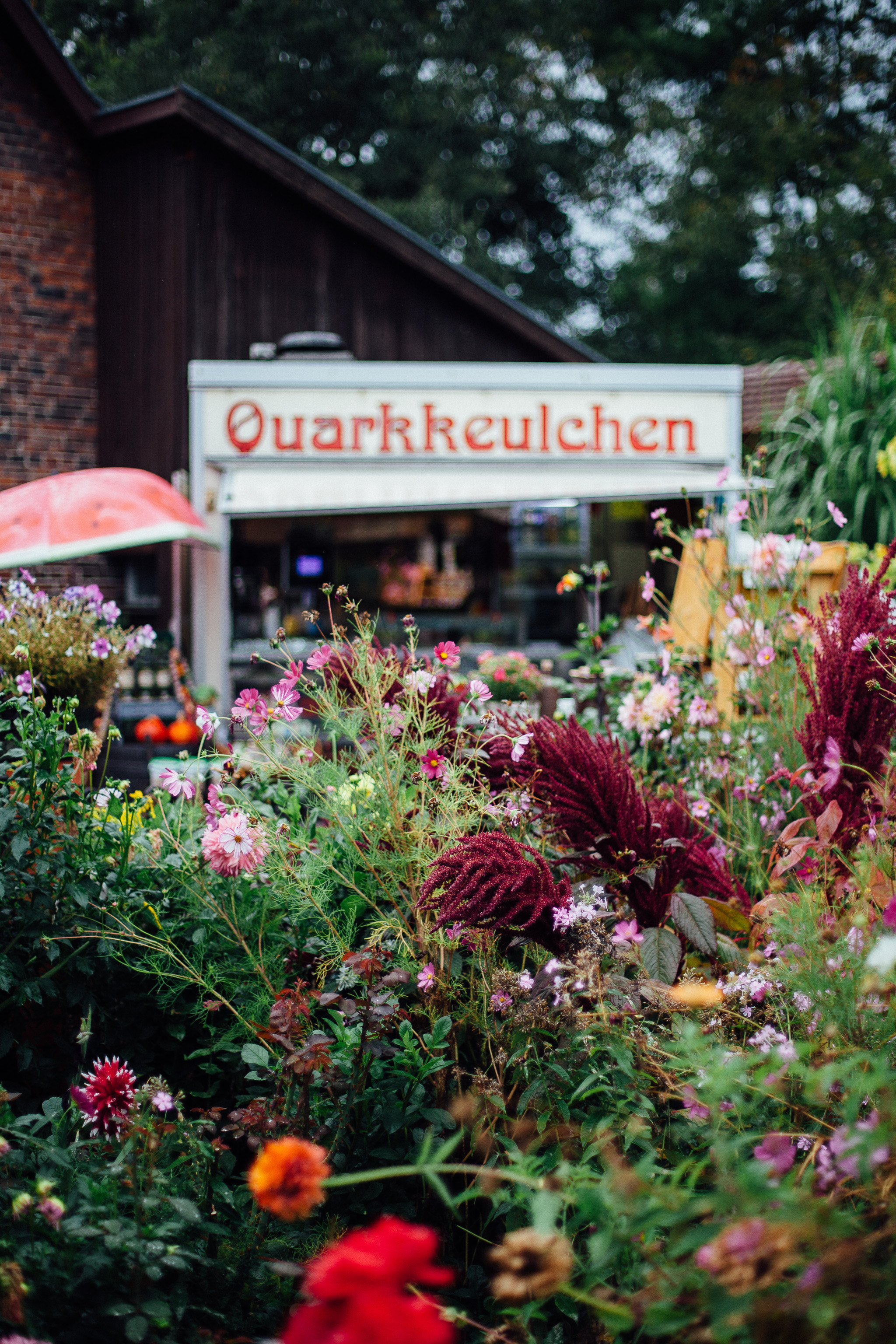 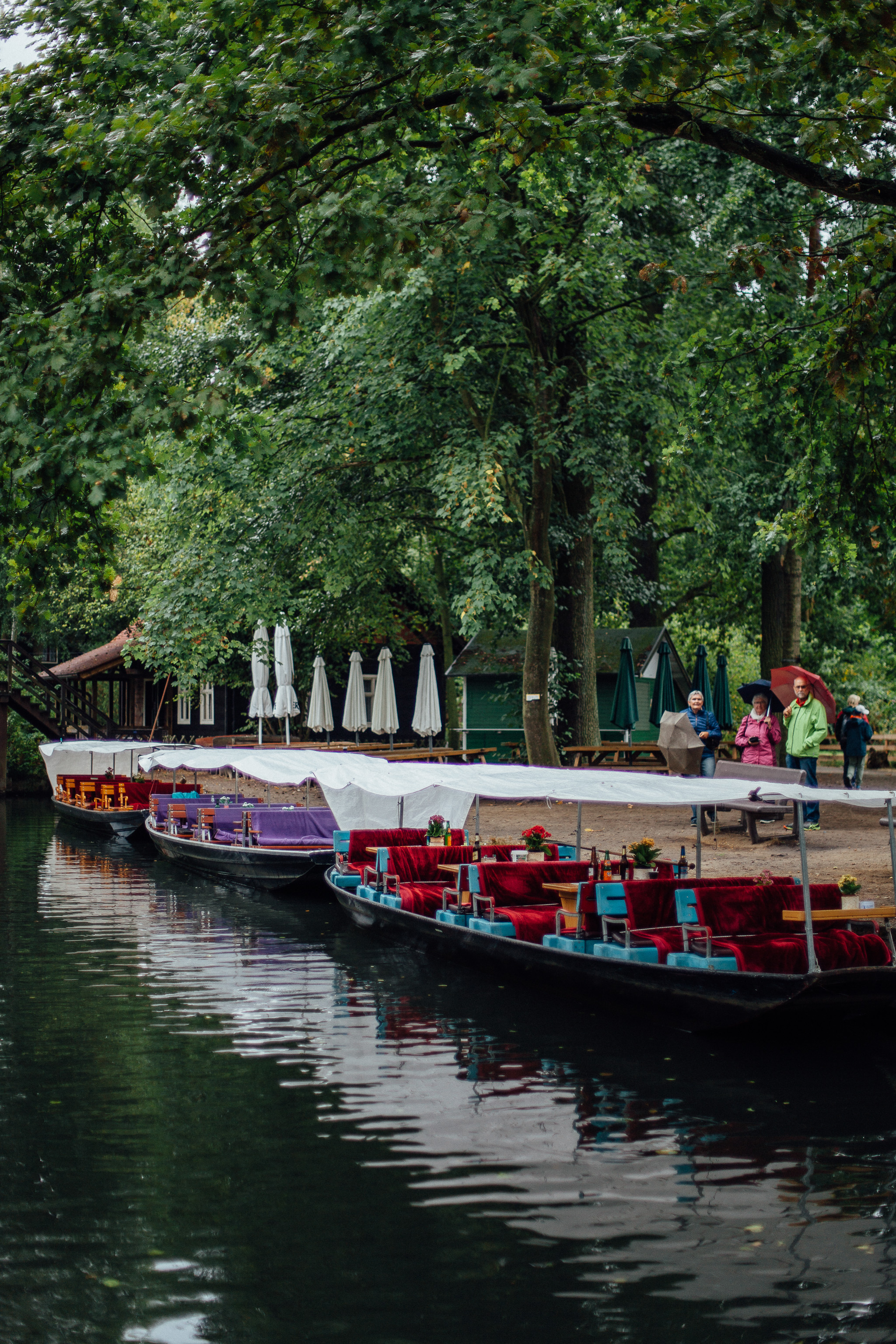 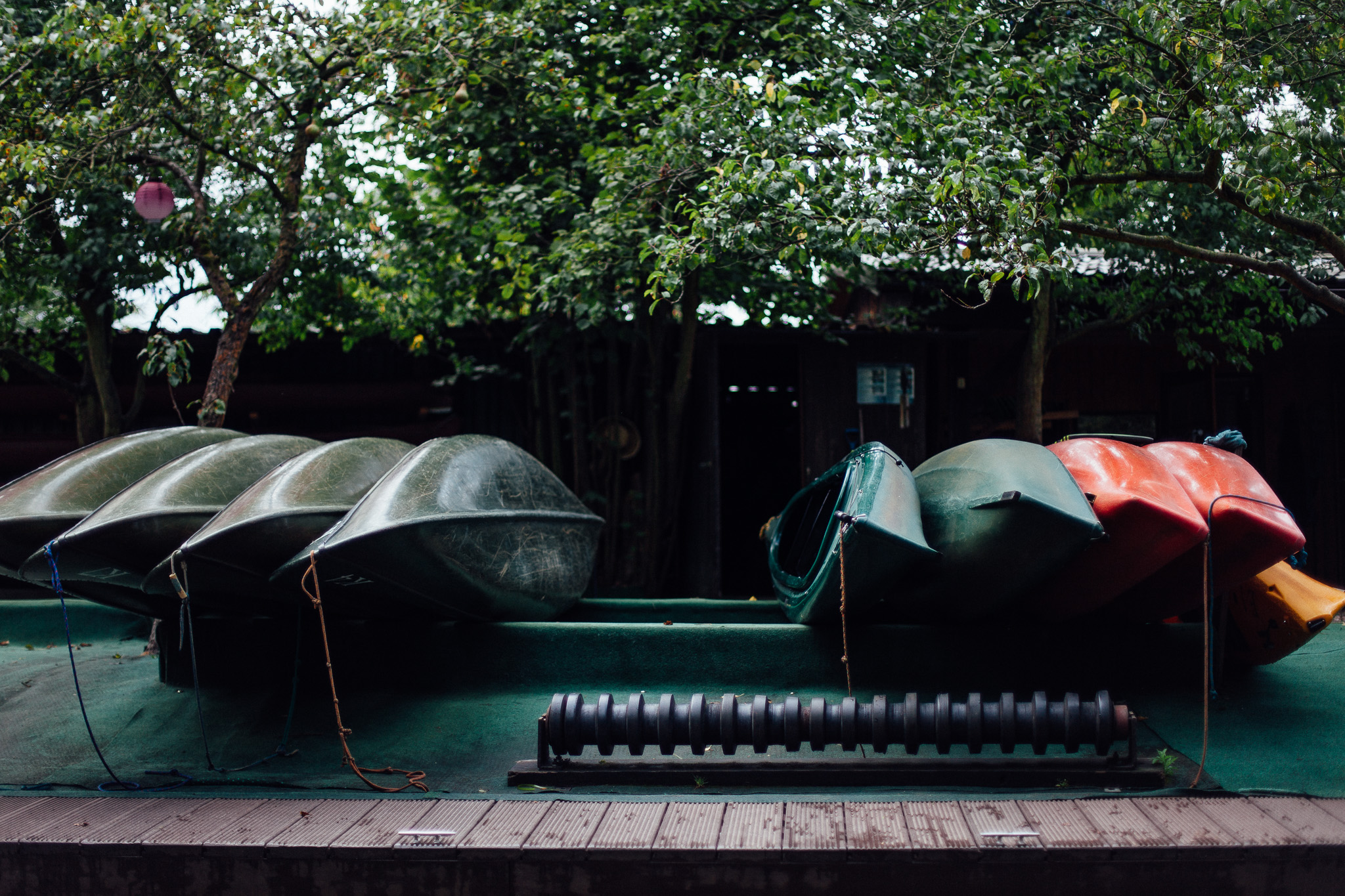 Things to do in Spreewald:

I have never felt more immersed in old German culture than I did in the Spree Forest, and maybe that’s why I loved it so much! Many of the residents are direct decedents of the Slavic Tribe settlers in the area, and have kept up with the traditions and ways of old in terms of language, customs, and some farming techniques. It’s impressive to see the quaint houses built right on the water (some of which have access only by boat/canal), the differences in language between where we live and Spreewald (this was a huge shock when we went to order dinner), and the variety of fresh, local products offered for sale that are directly produced in the area.

Considering a trip? Here are a few things I would recommend on doing while visiting the area!

Our original plan was to park our car for the weekend at our hotel and then rent bikes to get us to where we wanted to sightsee. However the rain put a damper on things and we ended up driving the 2 miles into Lübbenau central and finding a parking place near the city center (approx. 6 euro per day and paid via parking meter), then walking around the rest of the day. When the rain was heavier, we would duck into a little shop for coffee or to sample some local mustard and wait for the weather to let up.

If you go the bike rental route, there are endless amounts of trails that twist and turn amongst the canals, yet are clearly marked so you don’t have to worry about getting lost in the thick of them. You can easily ride from town to town via the forest trails and not have to worry about cycling on the busy road! Even with the rain, the forest trails appeared well kept and dry (thanks to the heavy canopy above), so don’t let the weather deter you if a long bike ride sounds good to you! 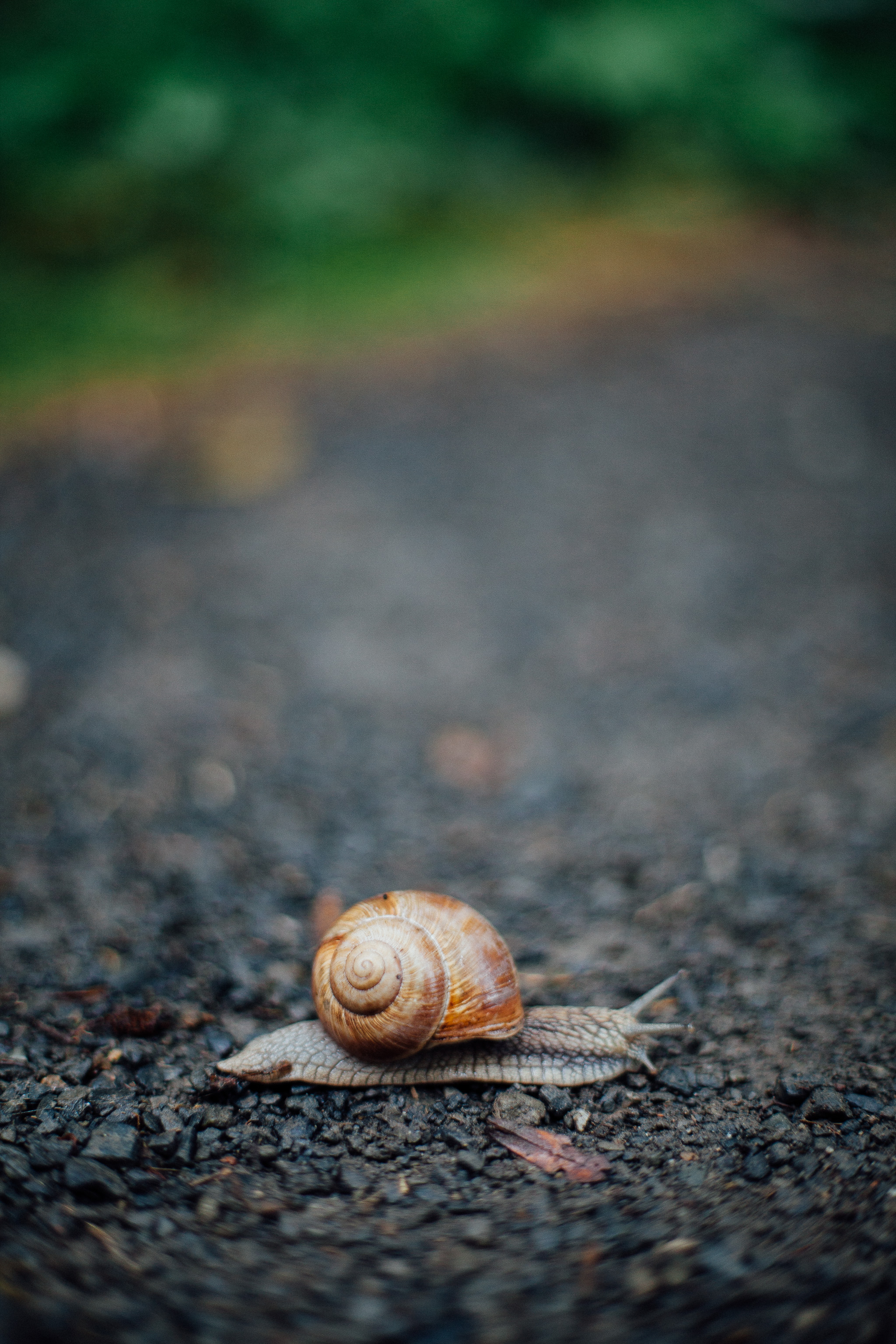 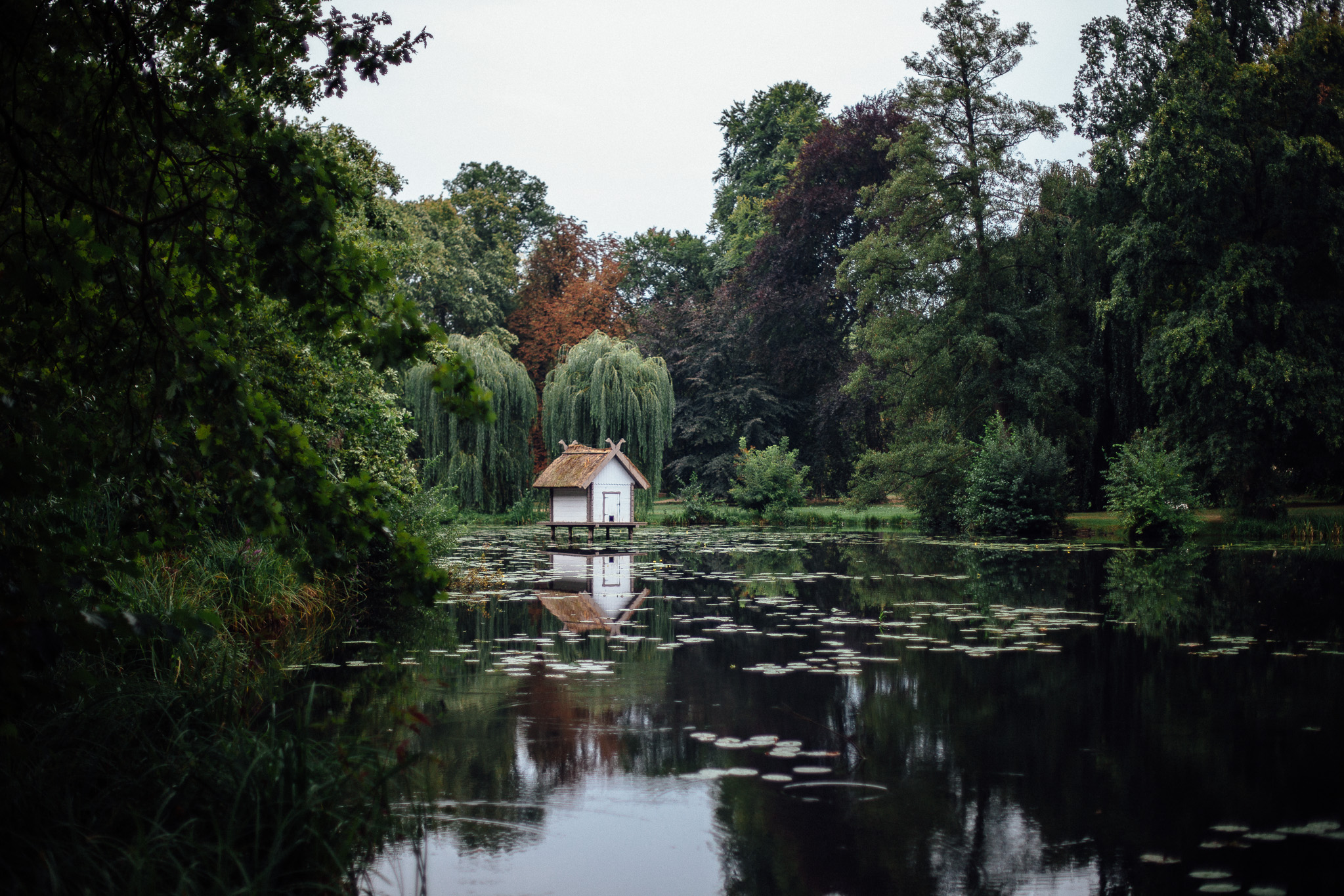 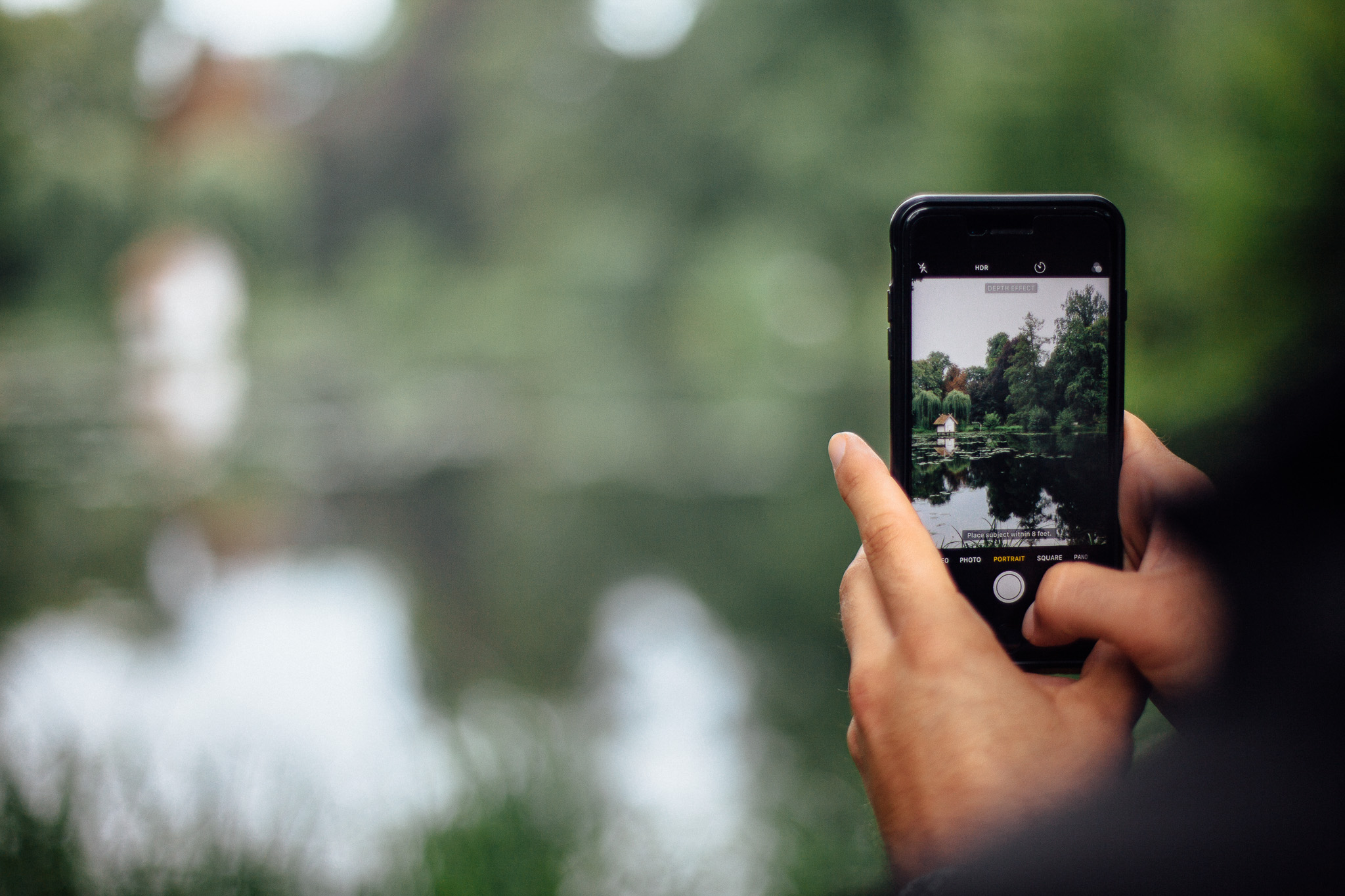 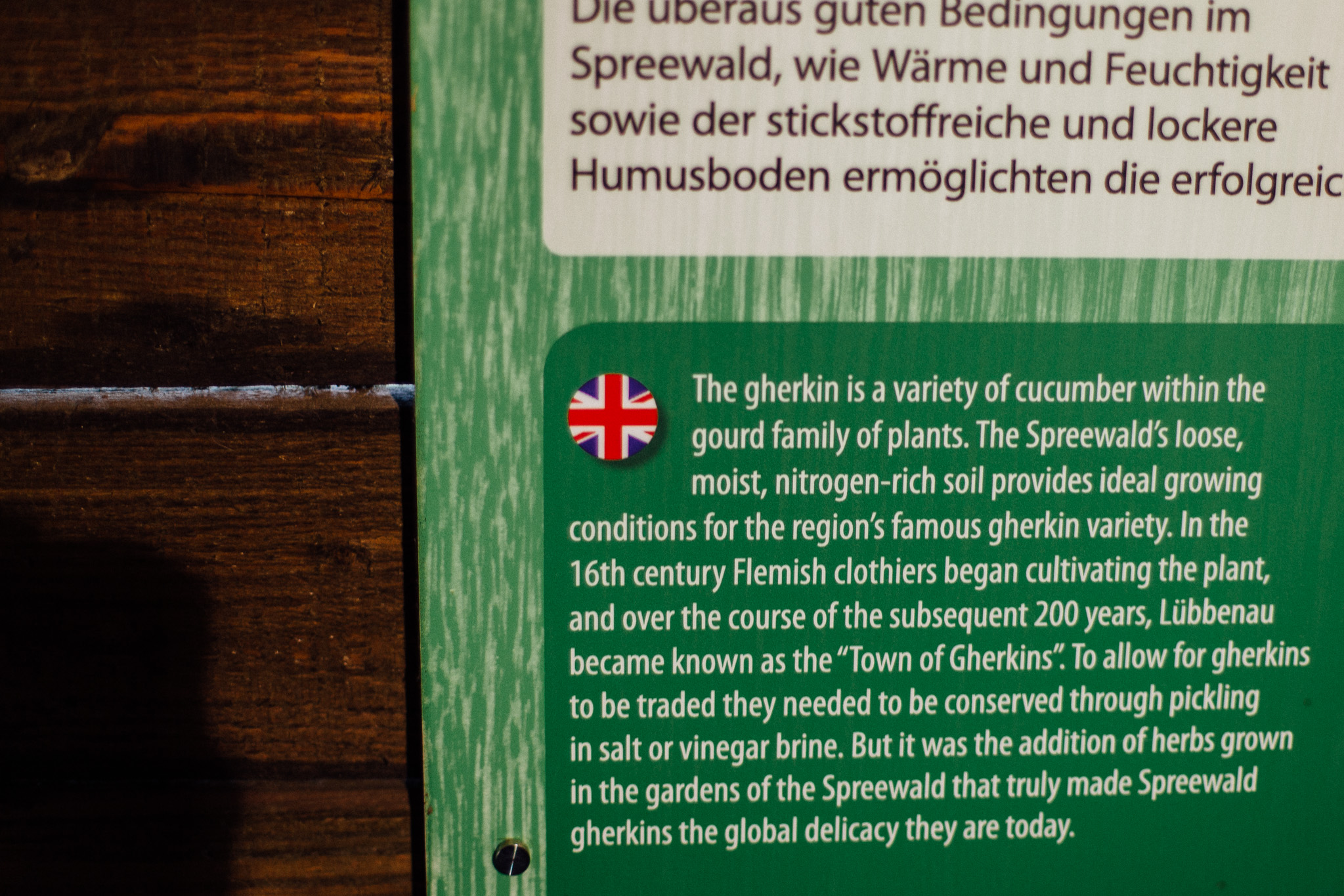 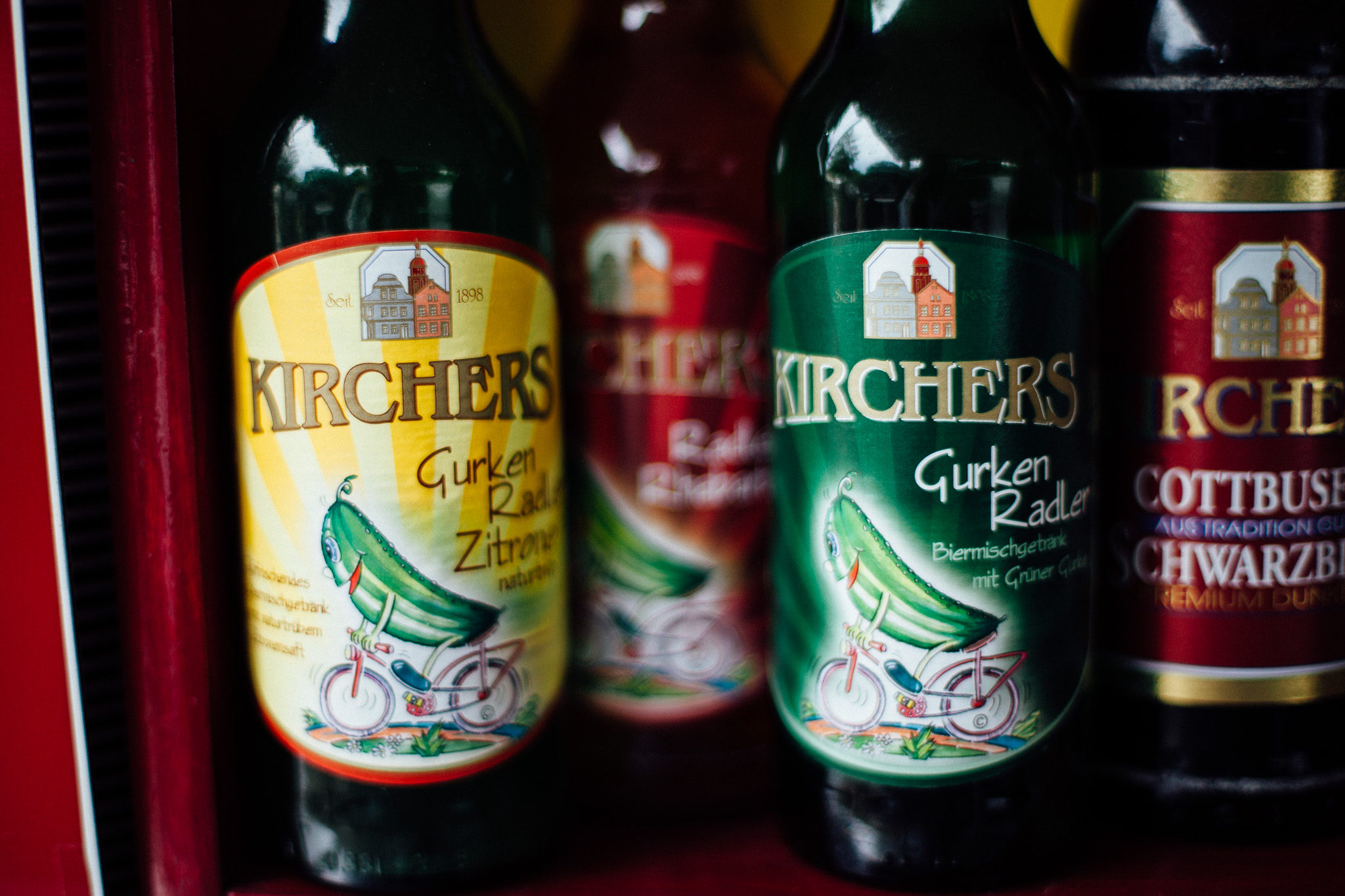 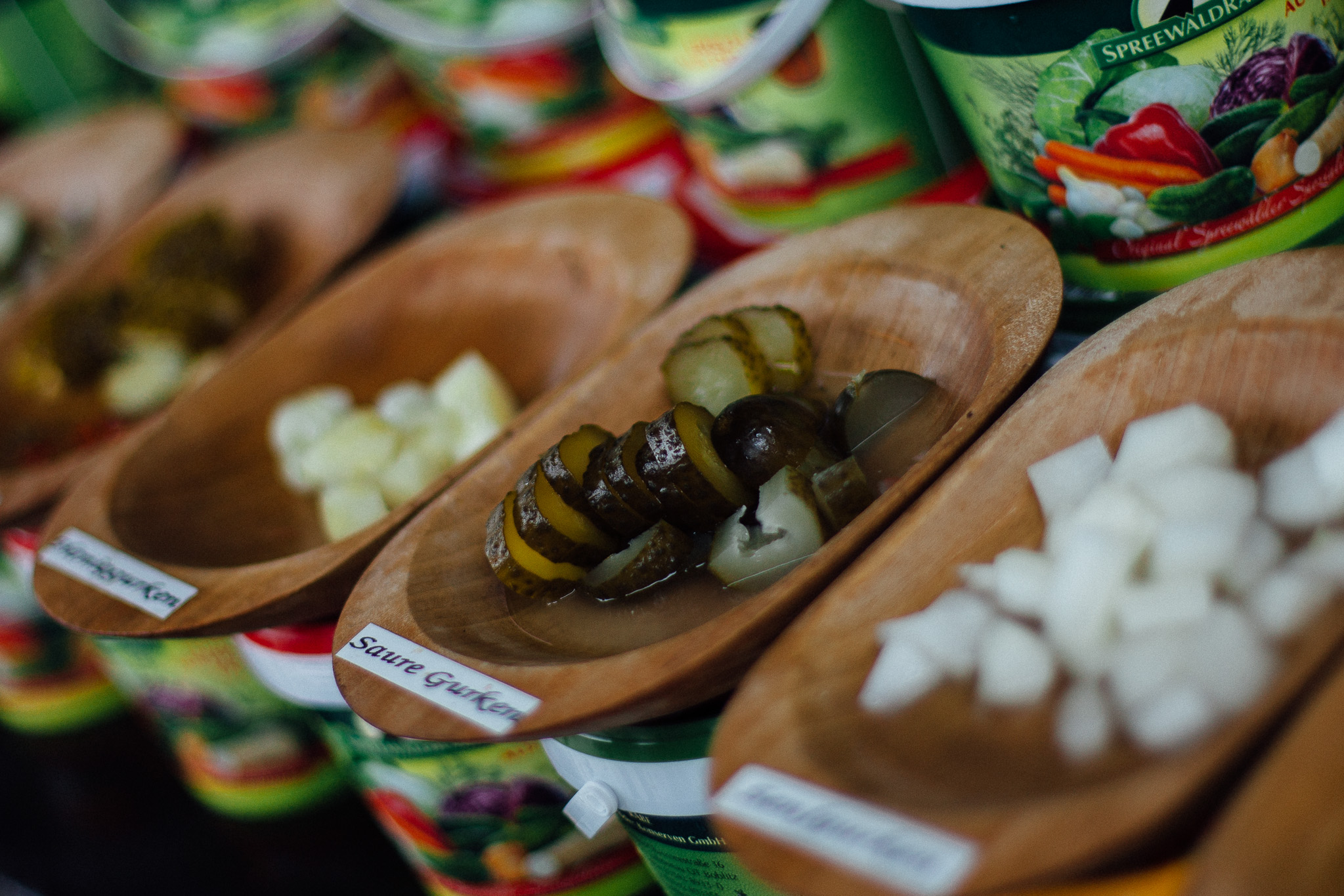 If you’re a pickle or cucumber fanatic, you’ll be in heaven during your Spreewald stay. Not only can you find pickle stands, shops, and museums on basically every corner and parking lot, but in the middle of Lübbenau, an open air market boasts varieties of pickles from various venders to taste and buy by the bucket. Cucumbers/pickles are such an important part of Spreewald, nearly all the restaurants have created their own special local entree to showcase their devotion to one of the area’s most important products.

I was most excited about visiting Freilandmuseum Lehde, an open air museum set up to pay tribute to the traditions of the past. It’s an interactive museum and would be fun for all ages: learn how to milk a cow, make bedding out of straw, build the infamous canal boats, play traditional games, and hand wash laundry!

As a visitor, you’re able to walk through some of the traditional houses (you’d be surprised how short people used to be), read and watch informational videos and signs on the way life used to be, and interact with the staff that are dressed as characters from the 18th and 19th century. 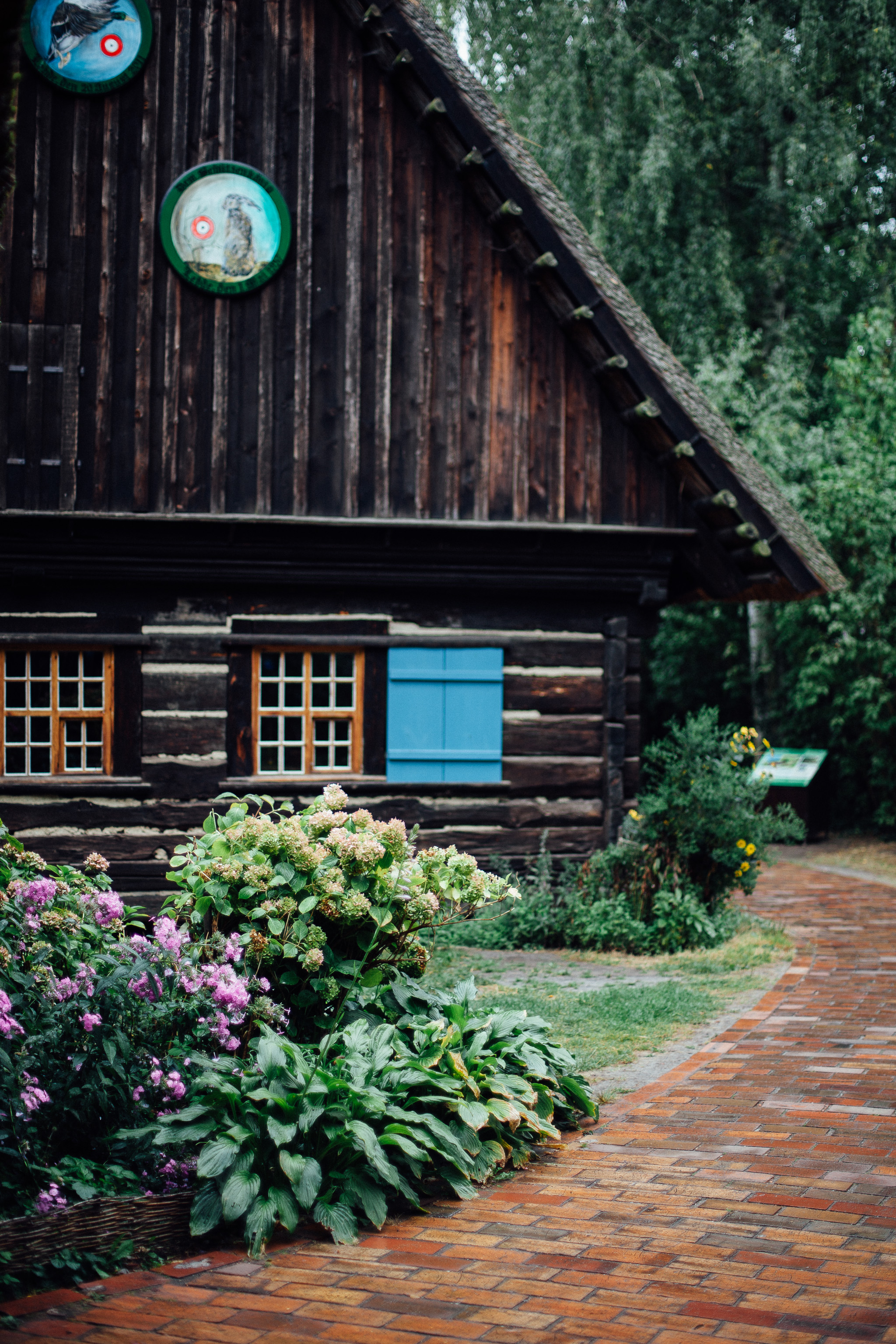 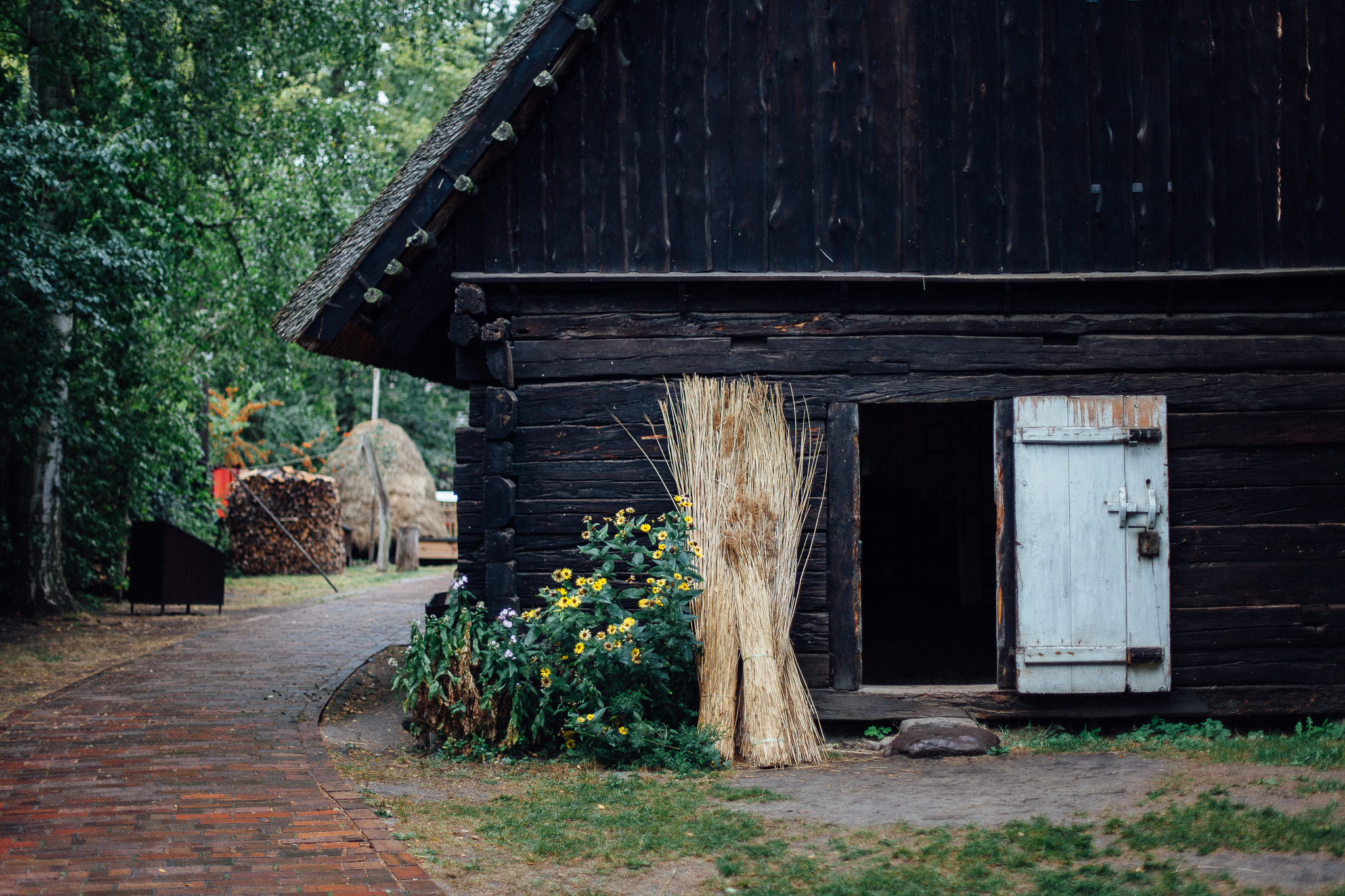 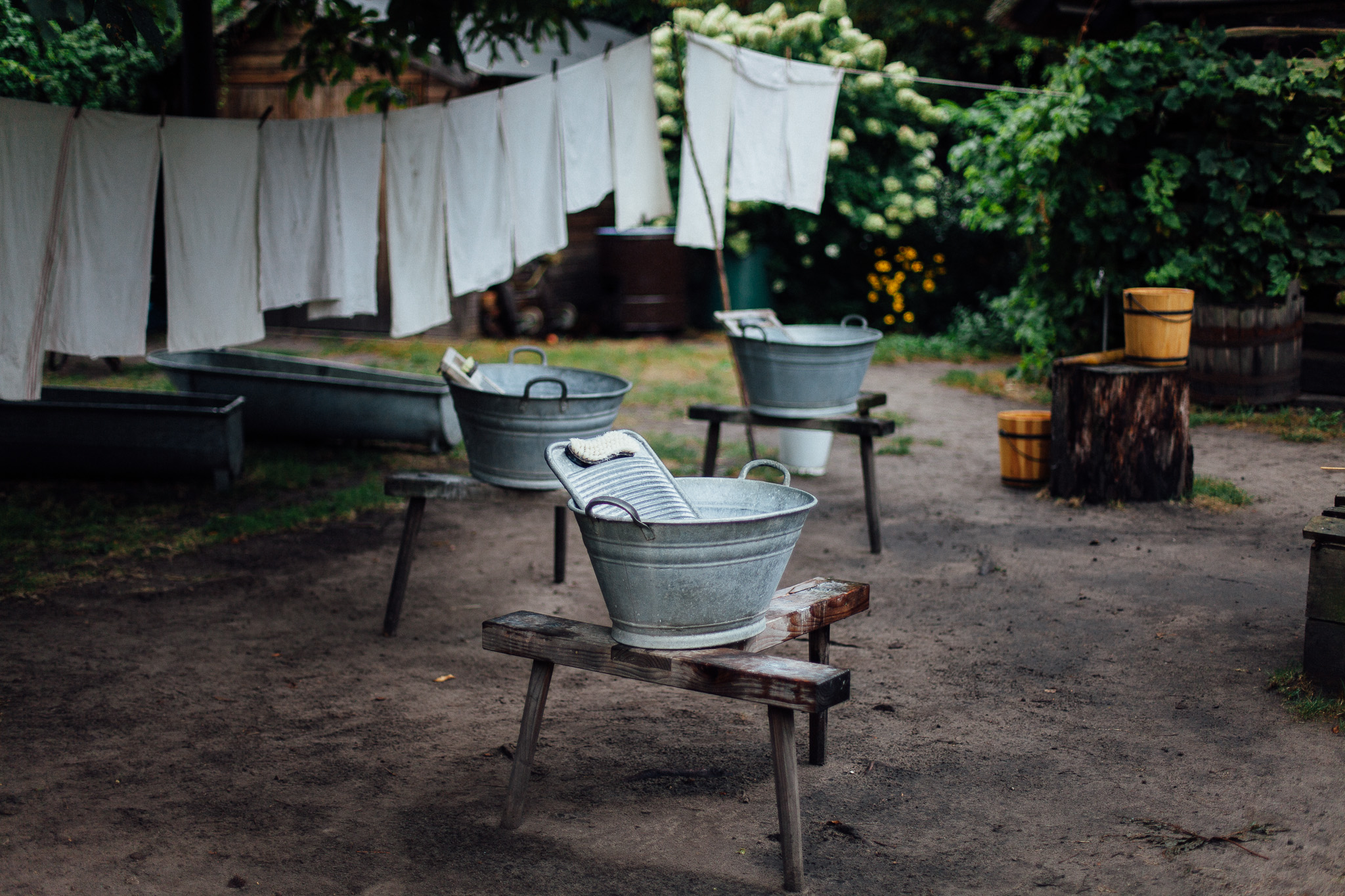 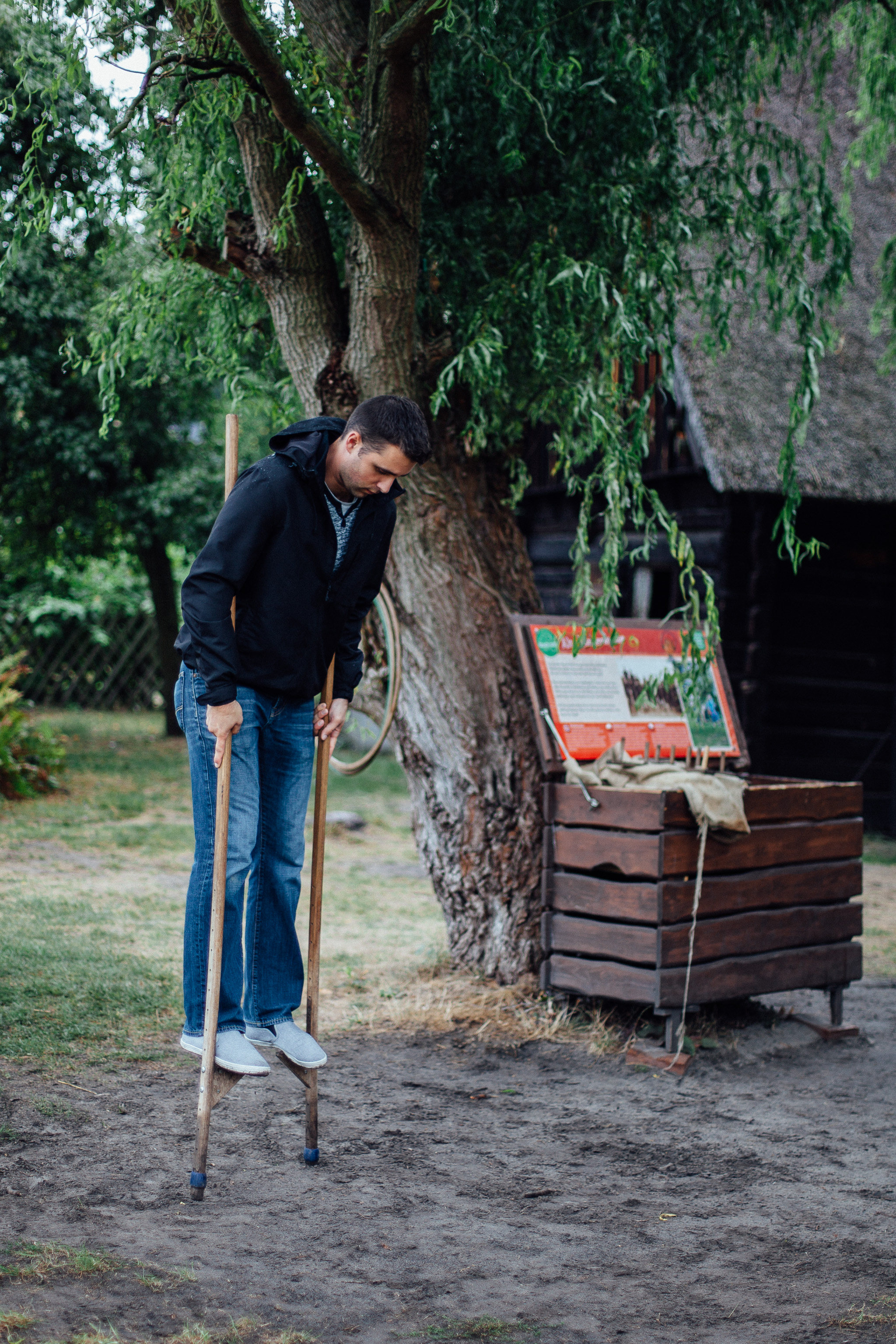 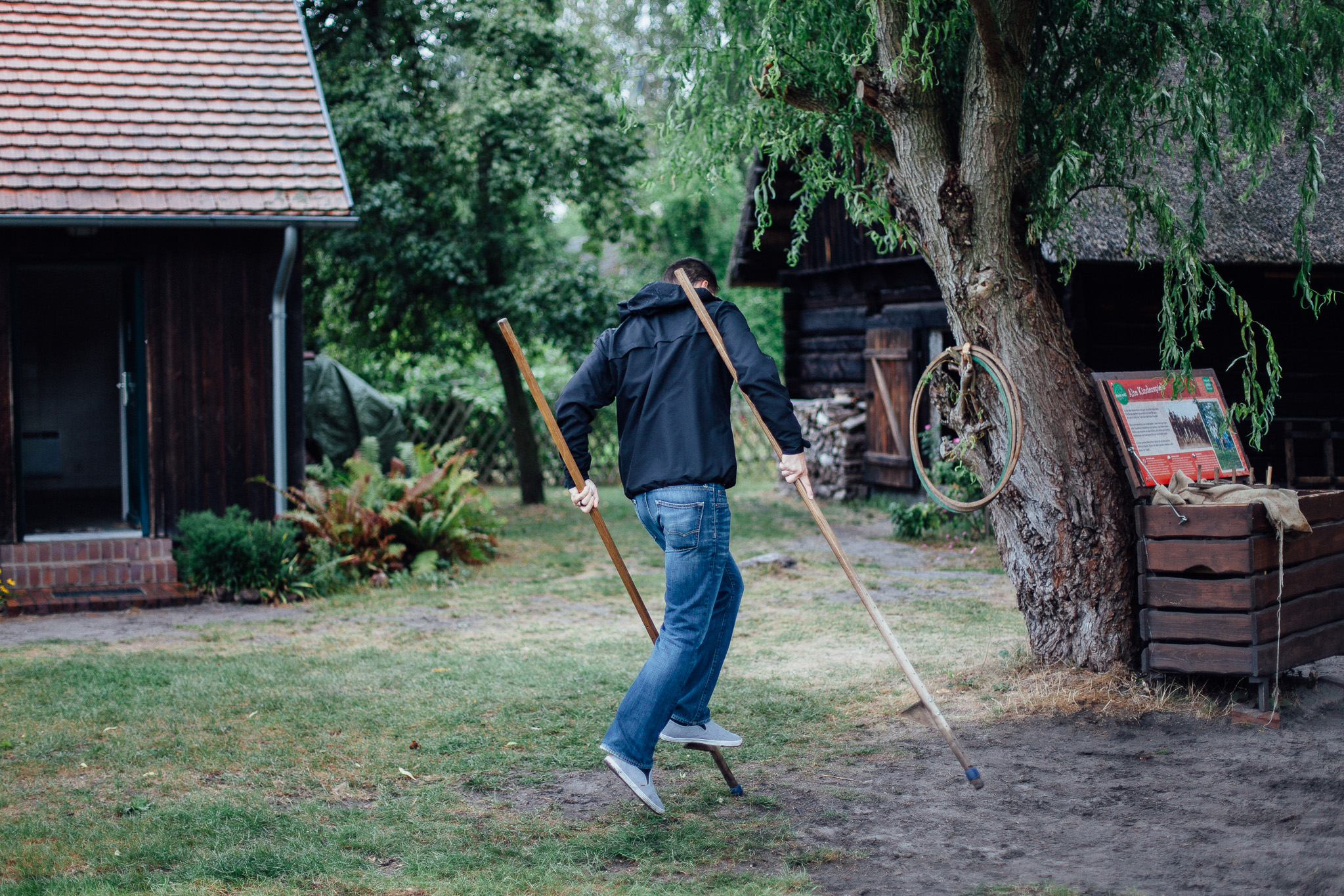 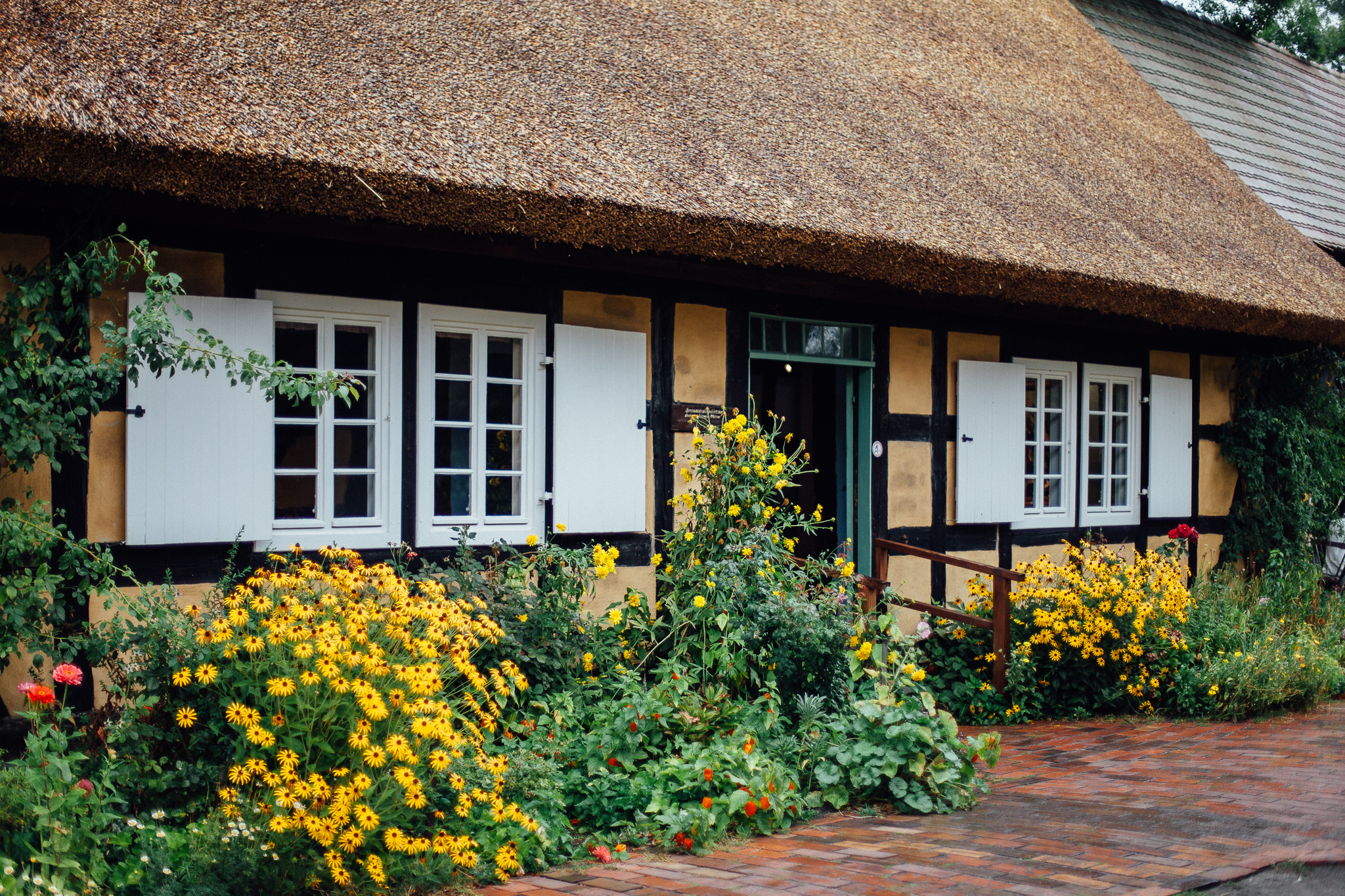 Hop on a canal tour or rent your own kayak/canoe

A canal tour is a must-do while visiting Spreewald! Sit back and relax in one of the traditional boats while your guide navigates you through the canals, OR rent your own kayak, canoe, and even paddle boat and go on your own canal adventure! Both are thankfully budget-friendly and thankfully not overpriced being such a touristy thing to do. Be sure to check with your hotel to see if they have any deals on canal tours! Ours offered a free drink in partnership with a local tour company, and even though the guide did not speak a word of English, we still had a wonderful and relaxing time! Many of the canal tours offer a culinary experience if you really want to go all out. 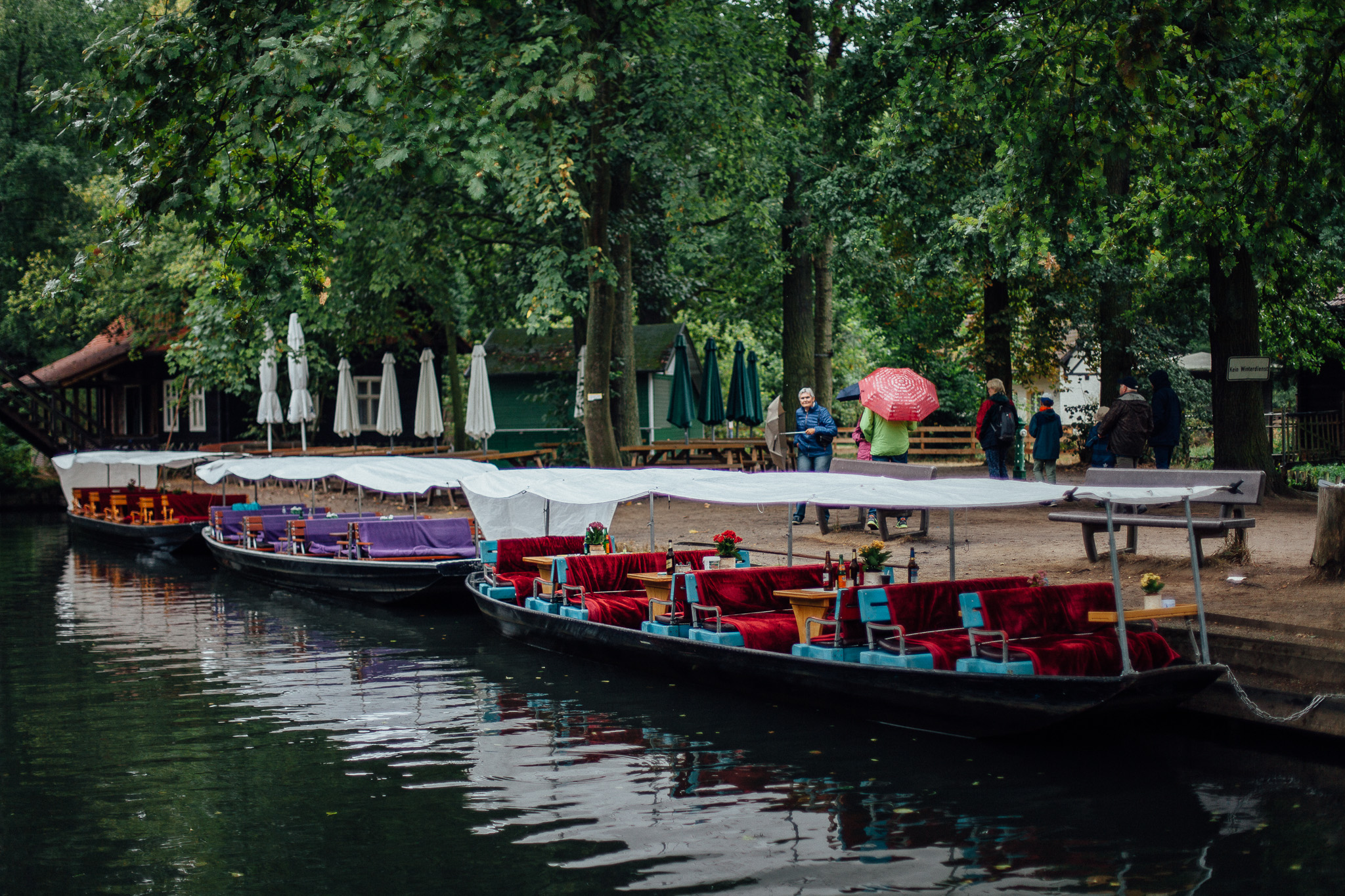 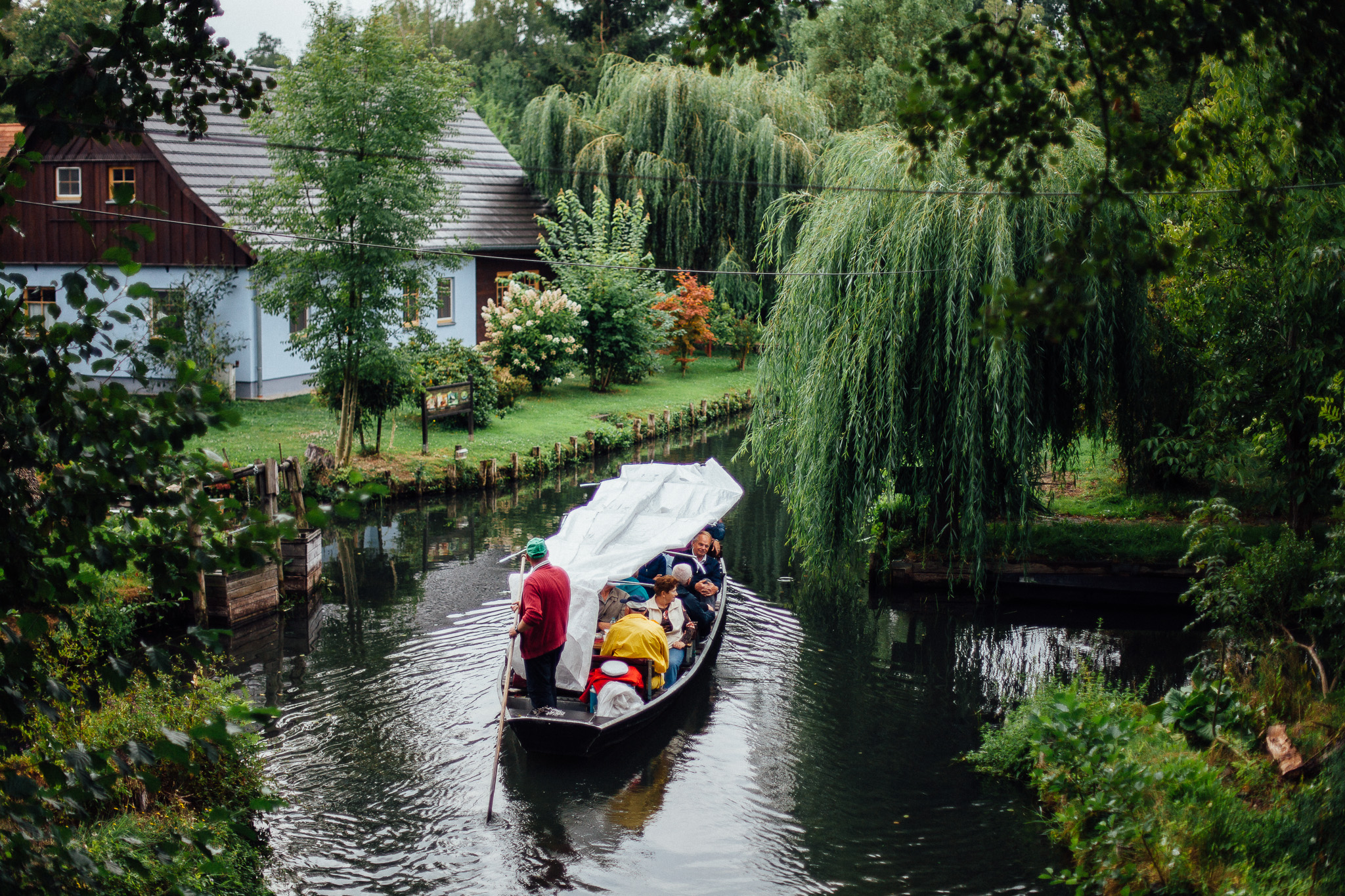 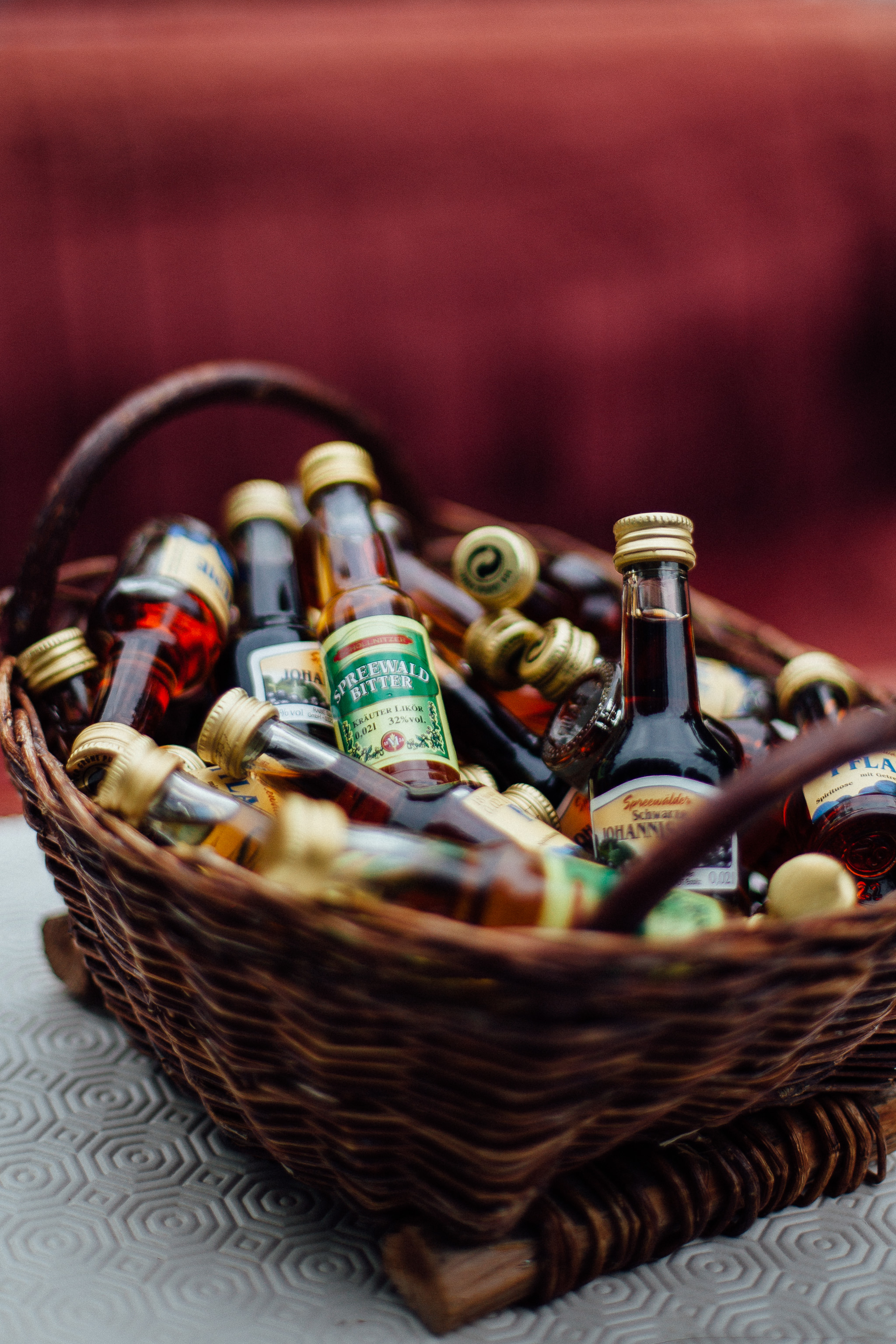 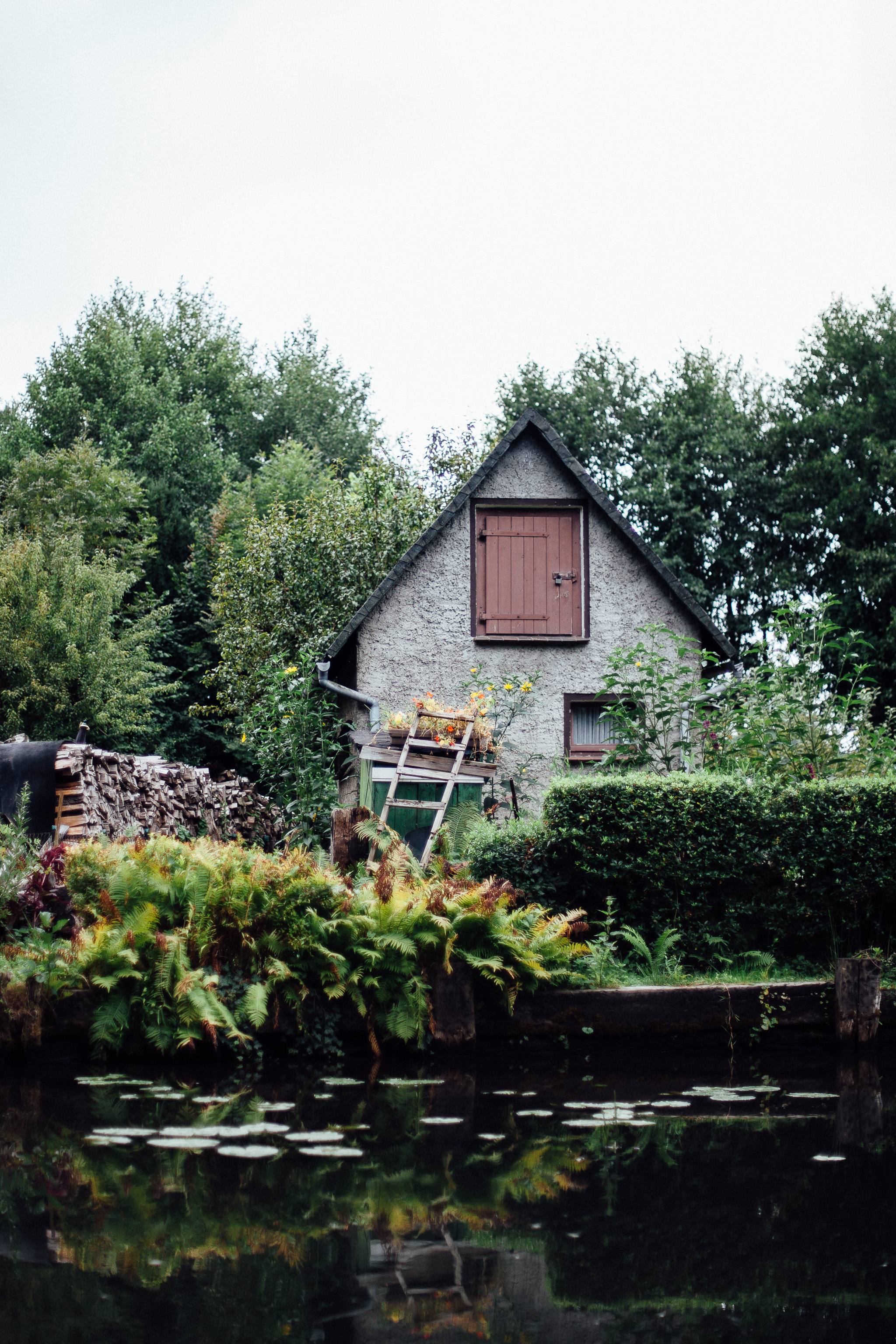 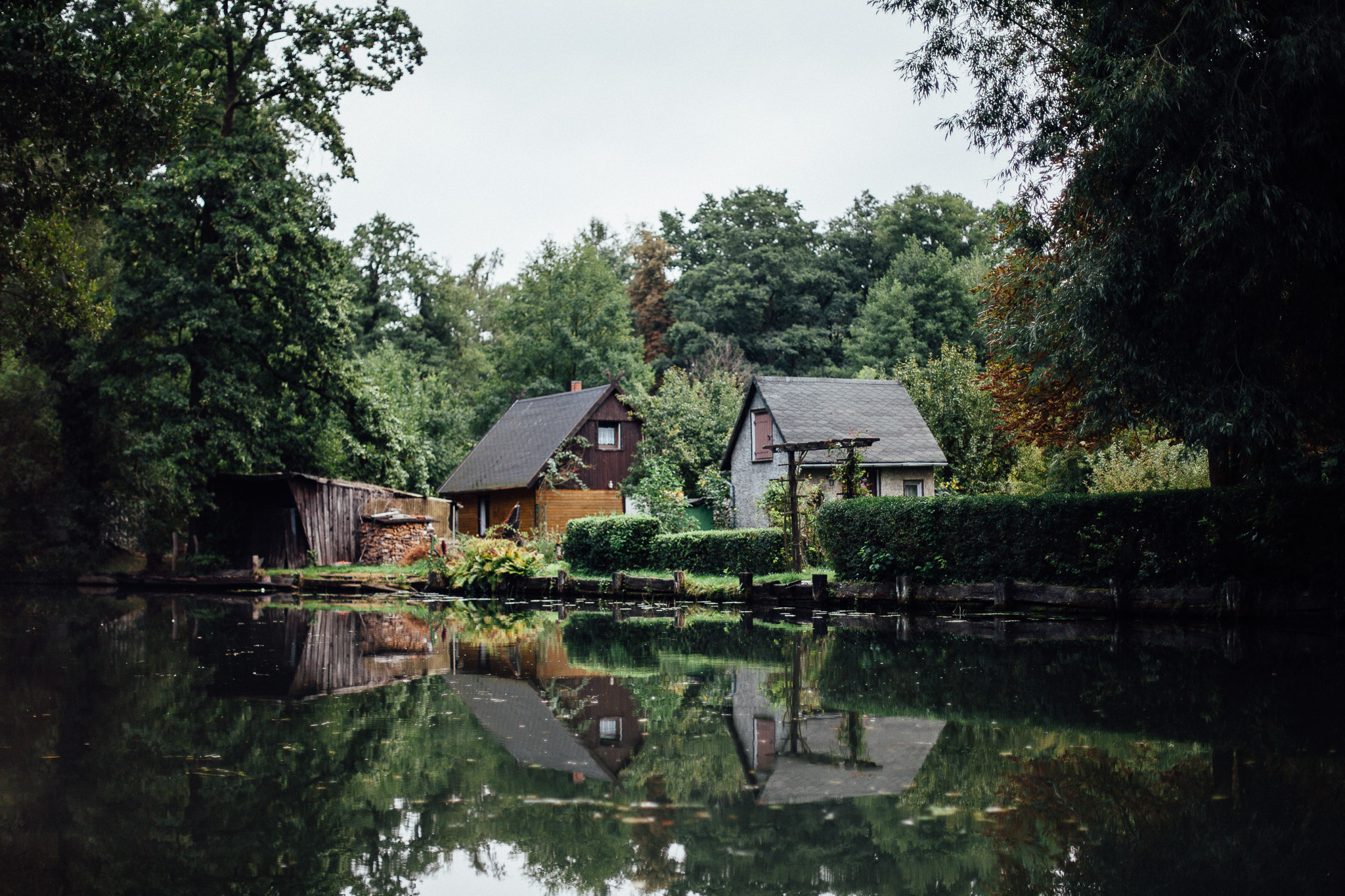 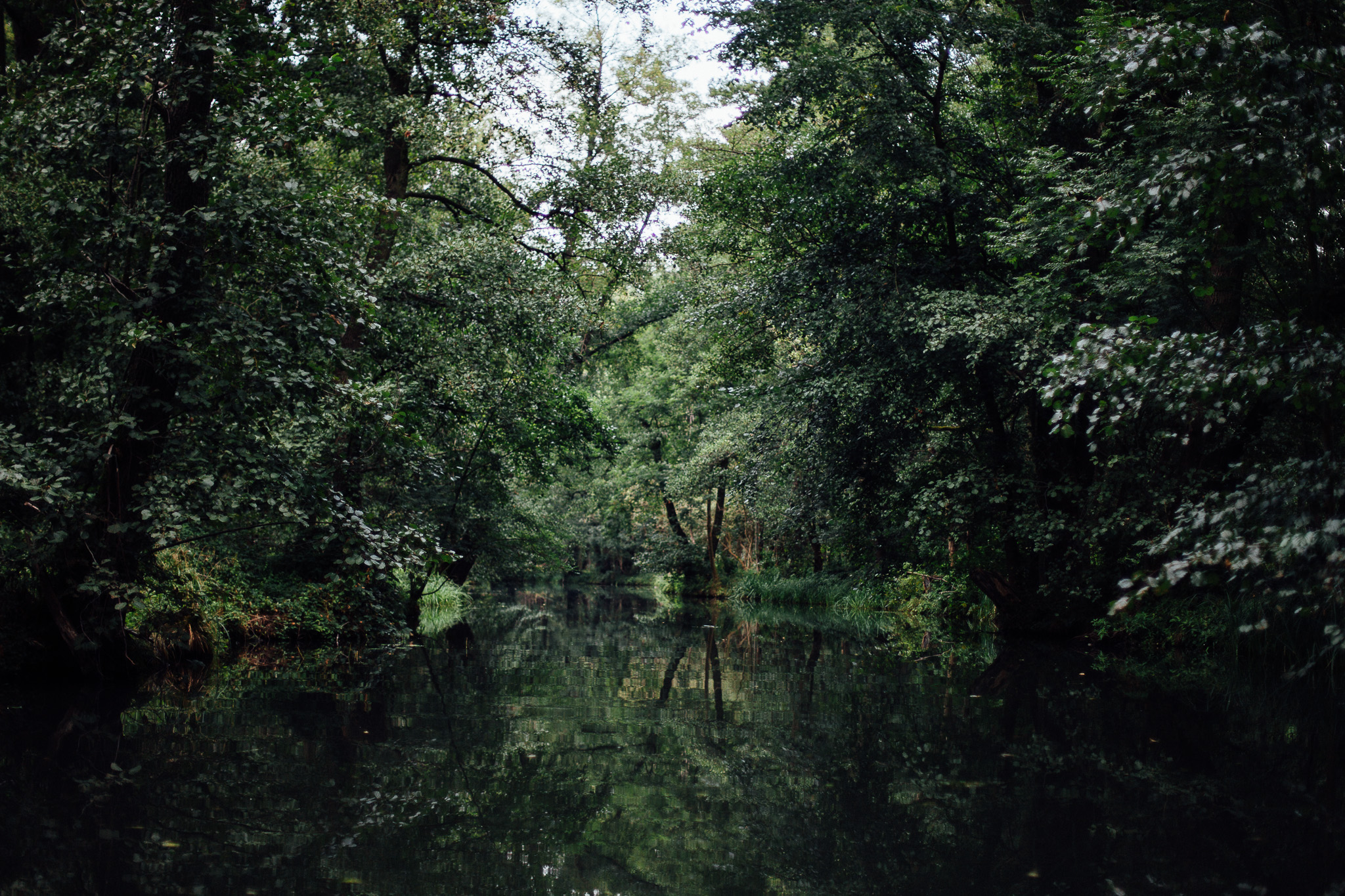 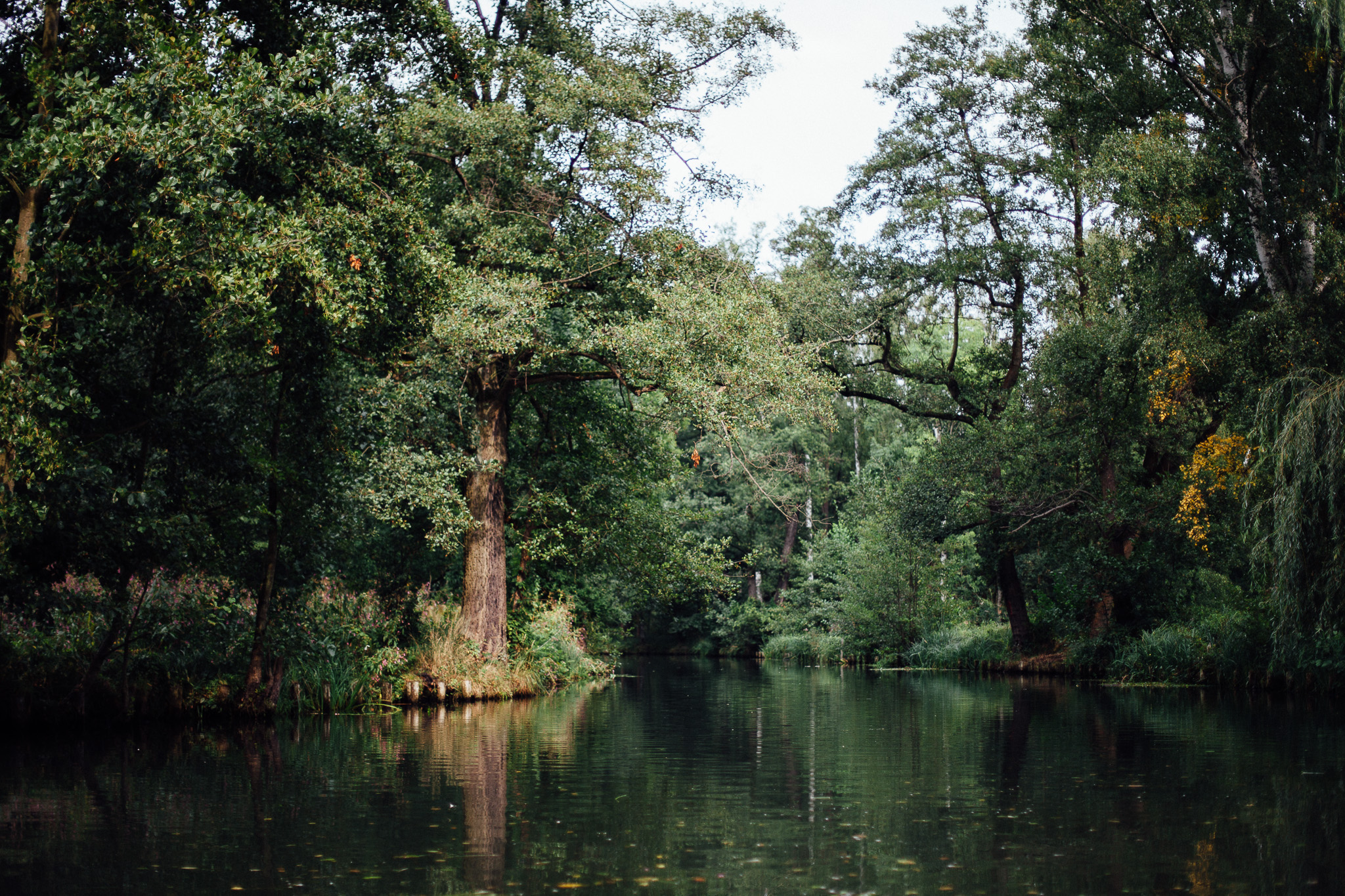 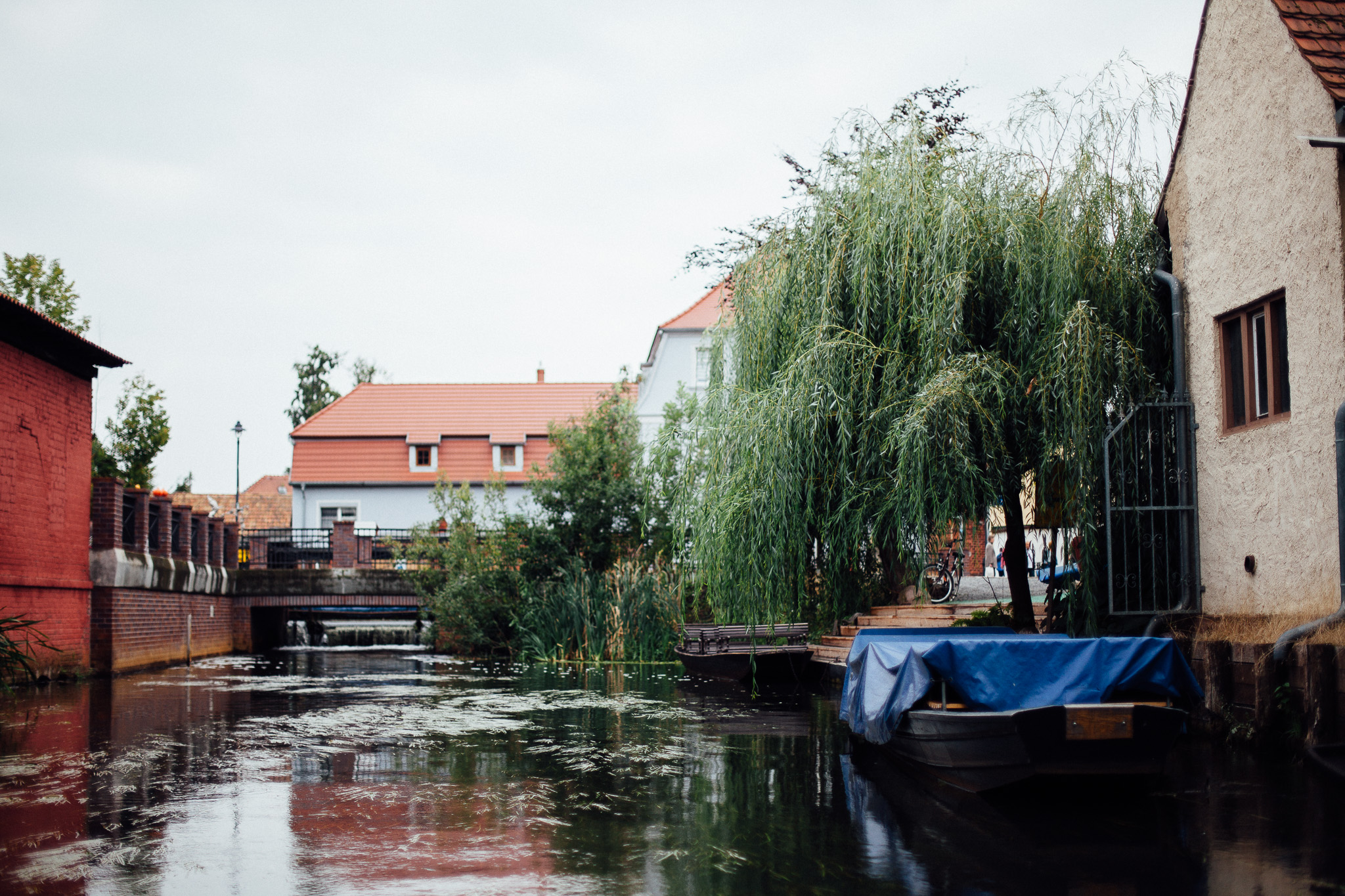 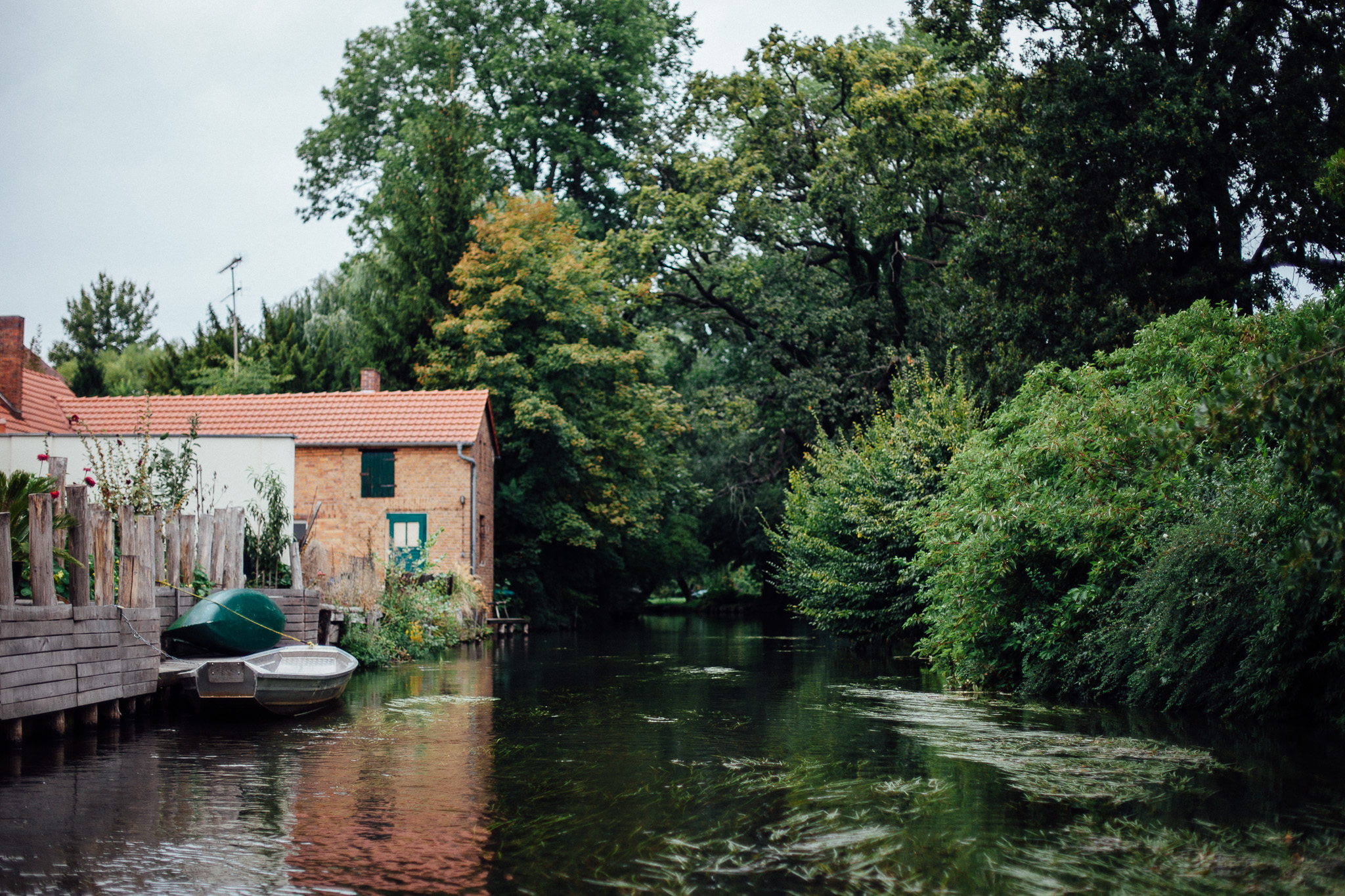 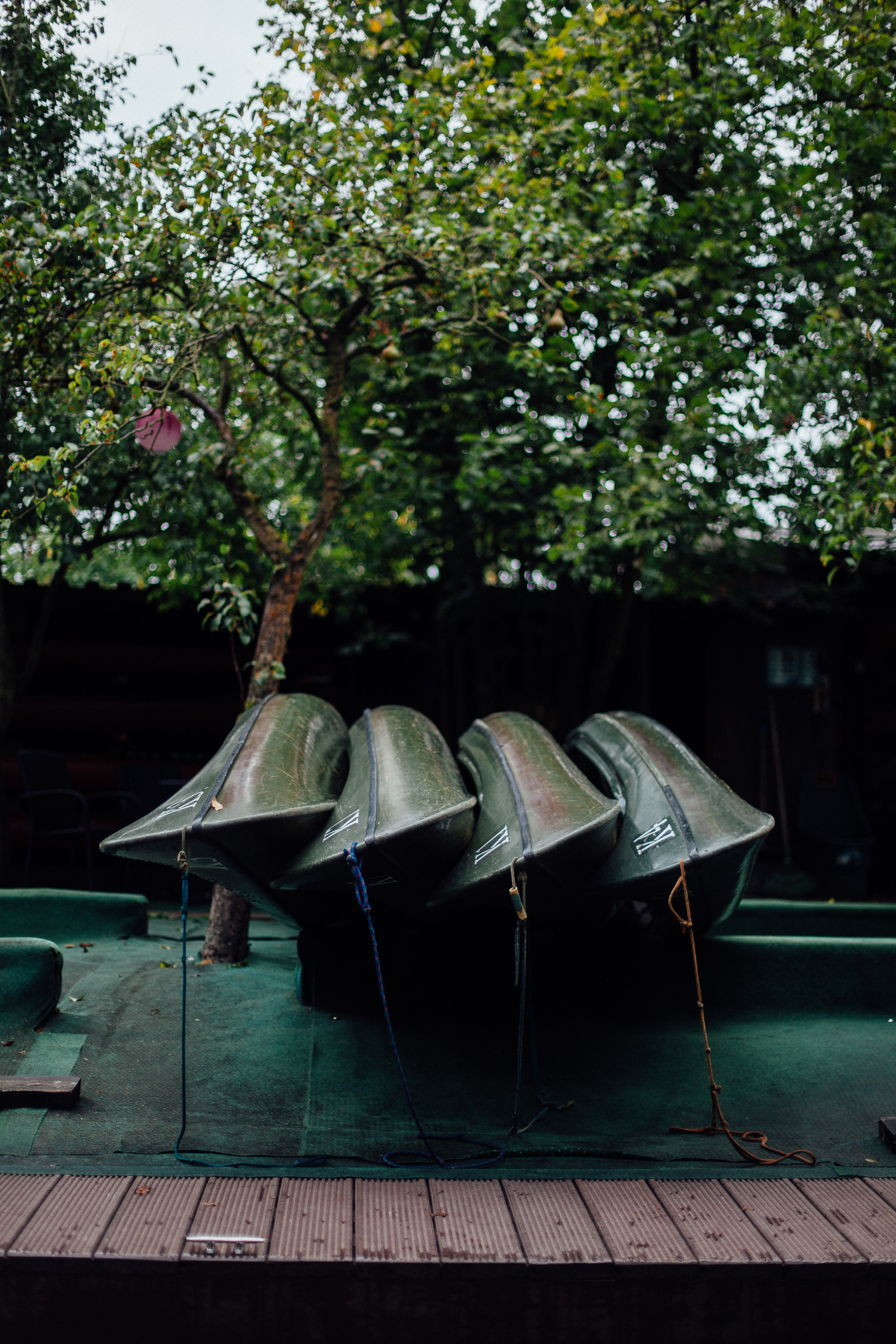 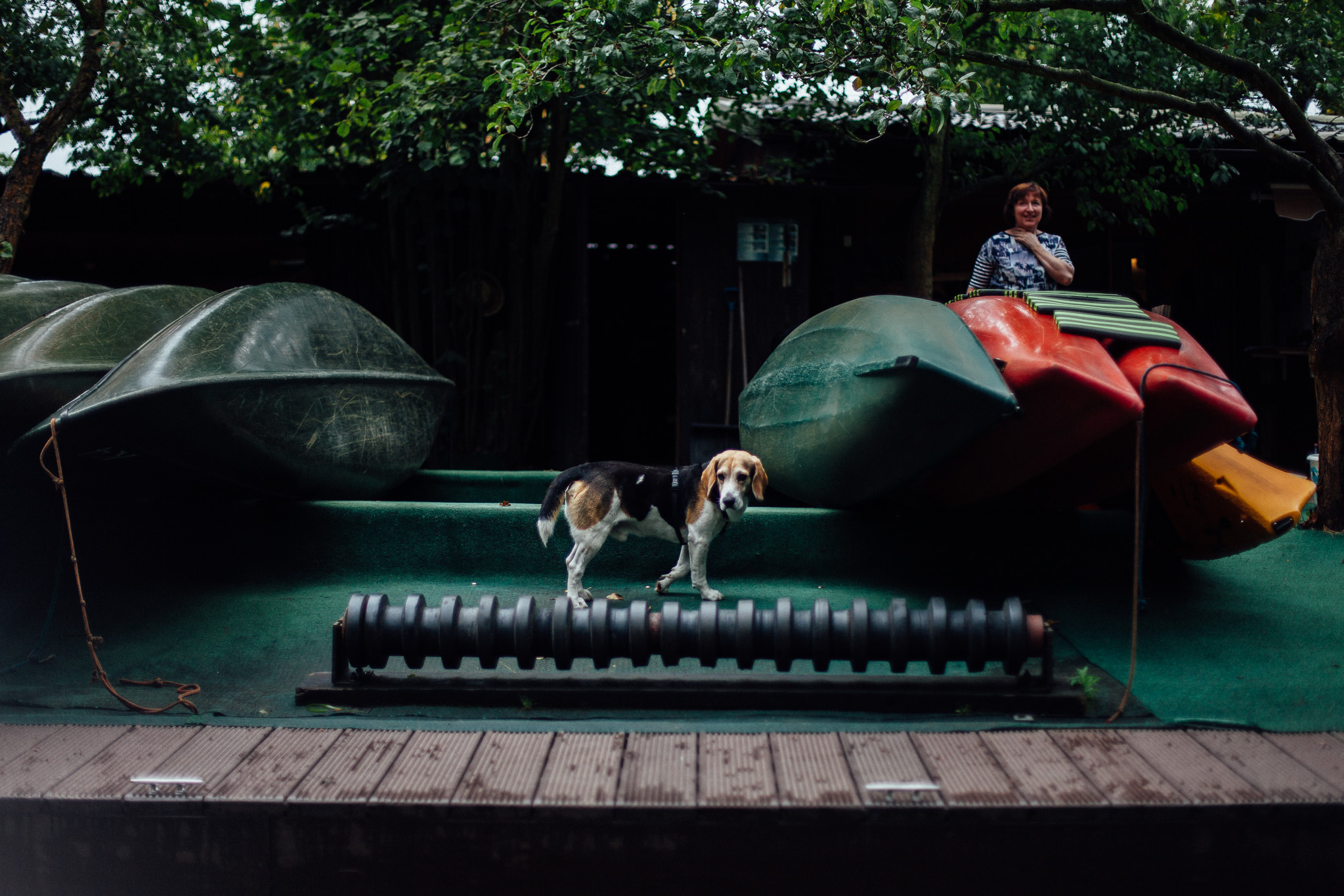 As you know by now, cucumbers are a huge deal in Spreewald being produced locally, and so is horseradish, mustard, and dill! Venison and fish dishes are very popular in the area, and are usually garnished with several local herbs and spices. I noticed on several menus, baked potatoes were offered (I ordered one and was surprised it came with toppings of: cheese, horseradish, and green beans), as well as the local dessert special of a pancake roll offered with cinnamon and sugar or berries and cream. 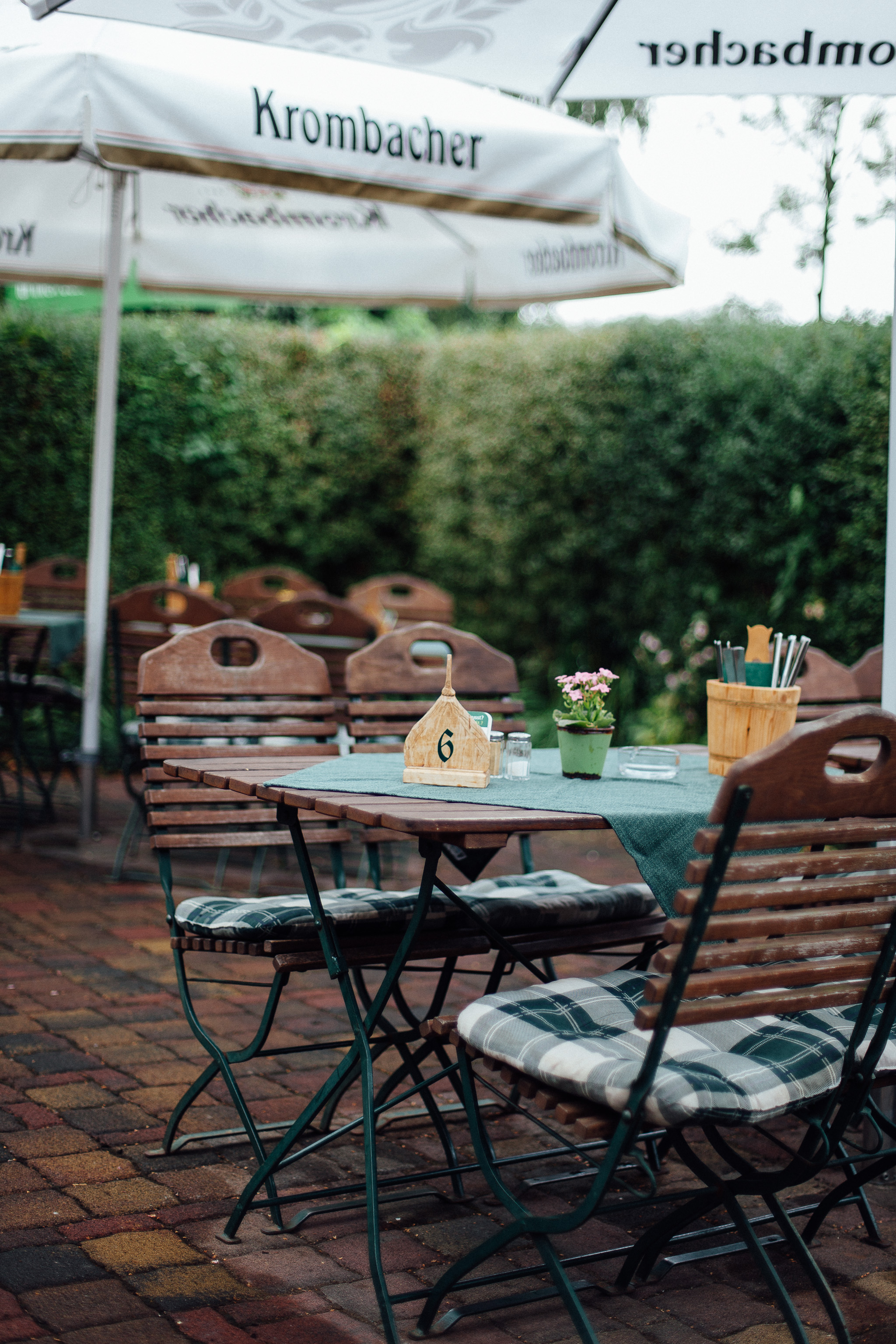 It can be intimidating trying the local cuisine, especially when many of the ingredients seem foreign and a bit strange, but I would say Derik and I were blown away by 90% of the things we tried (the horseradish potato being the downer as it became a bit overwhelming after the first 4-5 bites). I wish we had taken more photos of our food over the weekend, but we were so hungry after all our adventures, we scarfed everything down the second it hit the table.

All in all, we had an excellent time visiting Spreewald, and would highly recommend it to anyone trying to get away and truly experience German culture. Keep in mind the area is very German and not many speak English or even have English menus to order from. 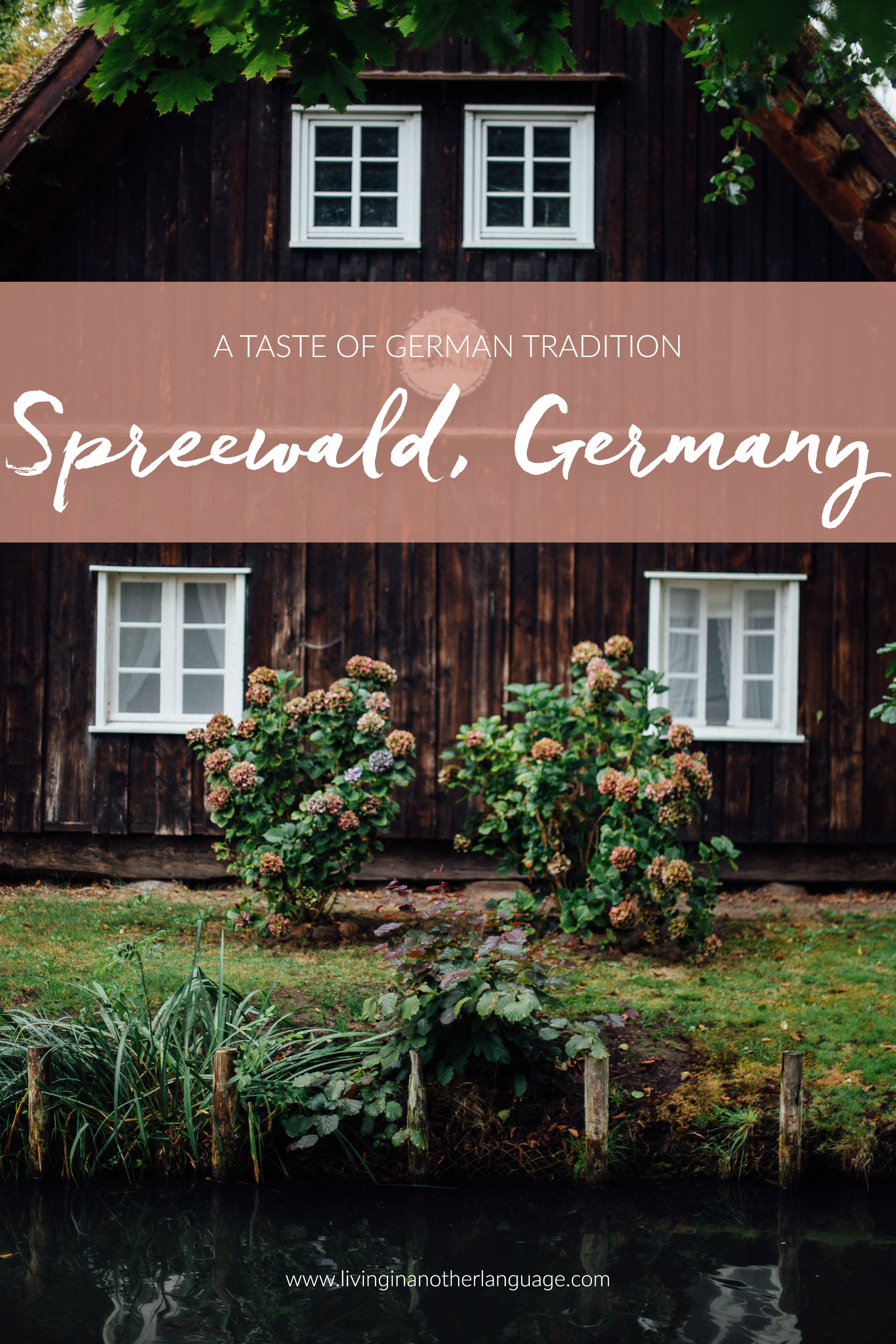