I’m seeing lots of awesome new people pop around these parts, and I thought it was about time to take a look back on the three years of Living in Another Language, and give you a brief history of this blog, why it’s named LIAL, and where I’m going with it.

Our expat anniversary is only a couple days away, and my blogiversary coincides with it!

First of all, I know what you’re thinking: “Amanda, your blog’s name is Living in Another Language, yet…you’re an American living in New Zealand. That’s definitely NOT living in another language.” Yep. I get it. I’ve spent months debating over if I should make the big change over to something more world-travel friendly (whether we’re actually living in another language or not), or if I should just stick with the original blog name.

I started my blog back in February of 2012 as a way to keep up with family and friends back home. If I could only show you how ugly it looked for that first year, you’d probably run away or you’d at least fall off your chair in shock. I didn’t know a single thing about blogging. I also wasn’t regularly reading blogs at the time, so I really had nothing to compare mine to.

I decided to call my blog Living in Another Language because we moved from the US to South Korea and were thrown right into a country (on a tiny little island) that predominantly did NOT speak English. We got really good at charades super fast. But not only were we living in a country that did not speak our language, we were living in a culture completely opposite the one we were used to; traditions, habits, even the ways of eating were foreign to us. We had to learn to adapt, change, and do our best to ‘blend in’ while clearly standing out in the crowd like chickens among a bunch of ducks (I was going to use elephants among a bunch of mice, but I didn’t want that to appear demeaning in any way). 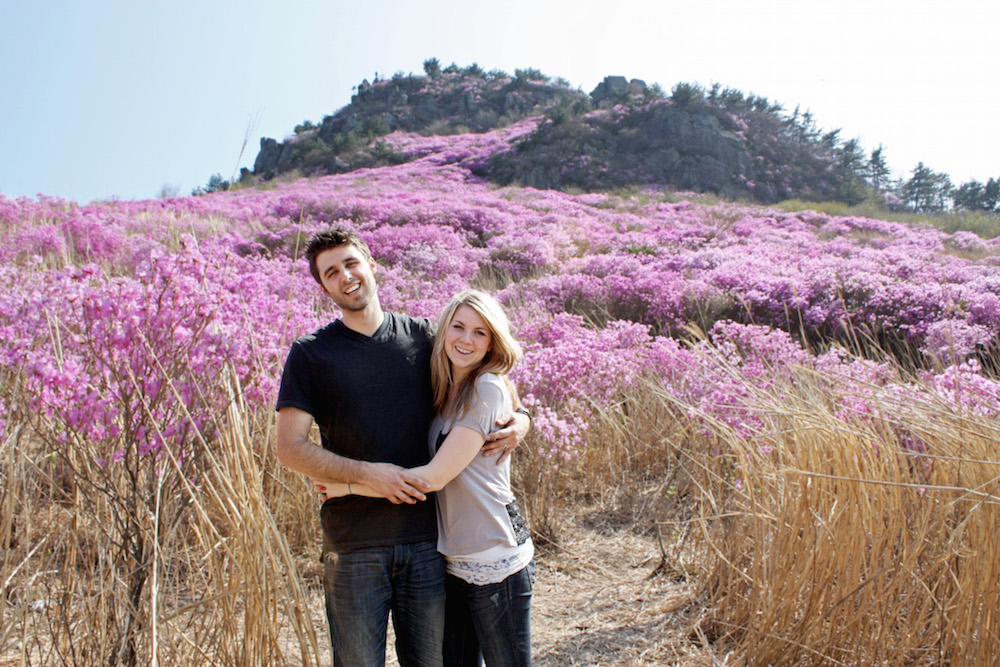 In June of 2014, I was faced with a blog-crisis. Derik and I would be moving back to a western civilization, and even though it’s still yards different than the US, I was no longer living in a world completely opposite to the one I was used to. Moving to New Zealand meant I could actually communicate with people using words instead of embarrassing body motions. I could actually ask for a coffee with a little milk instead of being handed sugar because they had no idea what I was talking about. I could actually tell the doctor what was wrong with me, and he would completely understand instead of smiling, nodding, and telling me I had a super-bacteria infection.

Right after moving to New Zealand, I saw interest in my blog peak, and it’s surprised me how it has grown in the last 4-6 months. My blog’s name has bothered me so much that I even bought a new domain name to replace it with. But I just can’t go through with it.

Why do I still call my blog Living in Another Language?

Although we live in NZ, we still are somewhat out of our element. People don’t do life here the same as they do back home. Work schedules, eating at restaurants, taxes, bill paying, public services, and even food names are all different here. It takes some time to adapt to it all. We were also living in Asia for three years, so it was somewhat of a reverse culture shock (moving from eastern traditions and living to western traditions and living) on culture shock (what you would normally experience moving to a different country).

Derik and I have nomadic hearts. We tend to stick in one place for a bit and then pack it all up to go live somewhere else. We are still unsure as to what the next six months will show us as far as if we will stay longer, or if we will move to another country. I would hate to go through the entire process of changing my blog name just to move to another non-english speaking country four months later! Readers are familiar with my blog, my name, and my journey. Although I know they would be understanding and adapt to a new name, it is so hard changing who you are after working so hard to create a ‘brand.’

If we do end up moving to another English speaking country after NZ (or extend our stay here another year), I may get back to seriously considering the name change.

For now this little blog will remain LIAL -a blog about travel, expat life, and adventure.