We’ve lived in Geoje almost a year (don’t worry, blog post about that coming soon), yet somehow managed to ignore the fact that we have a bowling alley not even 10 minutes away from us. Better yet, it only costs about 3,000 won (3.00 dollars) a person to play per game.

I’ve never been much of a bowler (or any sort of athlete of any kind), and can count the number of times I’ve gone on one hand. I’m a great sport at bowling, and usually have a laugh at myself. I’m so terrible that halfway through most games I’ll switch to using my left hand, even though I’m right handed. Usually I do better with that trick.

I’ve also succeeded in the last two bowling games to get a strike the very first time I throw my ball down the long, straight, lane. This always brings on a few laughs and people calling me a “liar,” but before long they realize it was just beginners luck.

The other night began like any other night. Strike on first turn. Negative pins knocked down the next. But to my utter shock and surprise, I actually ended the game with a three digit amount of points! Ok, I barely squeaked by with 100, but it was good enough for me.

South Korea must have changed me. Asia must love me. I am notorious for bowling a game with less than 50 points. What has happened to me?!

Our first ‘warm up’ game was girls vs. guys, and we held our own pretty good. Robbie (obviously on the boys team) lead his team along getting strike after strike. He ended his game with a 139.

Us ‘girls’ were feeling pretty confident about the next game, and decided up the seriousness of the game and make a ‘winner’s pot.’ We bet the boys a homemade dinner: appetizer, main course, dessert…the whole nine yards…to be made by the losing team and given to the winning team.

I honestly think it was the thrill of winning (aka having the boys cook for us) that we stepped up our game.

Kelly and I were pretty unpredictable but somehow managed to get 140 points each during our game (um what?!?! Maybe I should take my new found skill and join a league). Amber took the steady approach and kept it consistent…giving us just the right amount of points that: maybe, just maybe we could put this one in the bag.

Well, the joke was on us and the boys squeaked by with winning that round by five points. That’s right folks, five points. Oh well, maybe next time. 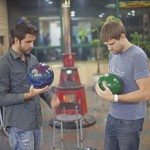 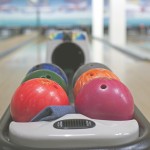 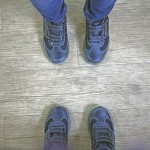 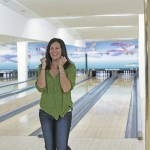 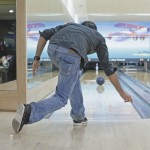 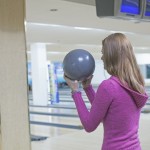 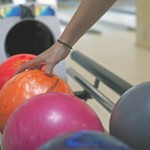 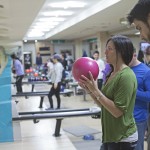 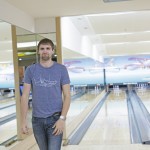 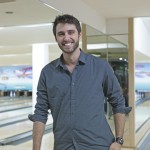 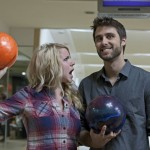 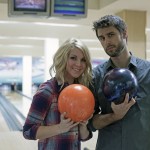 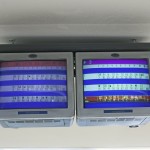 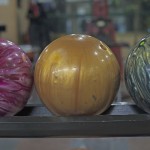 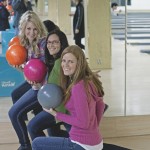 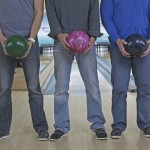 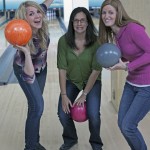 Due to the intensity of the game, we were parched, and walked over to a nearby coffee shop. I was slightly disappointed, because this ‘coffee shop’ used to be a place where you could get cocktails in a bag for $5…but apparently that’s no more.

The shop was under new ownership…and she gave the place a major makeover. It’s pretty darn cute now, and we couldn’t help but stay (after we got over the initial shock that it was no longer a walk up bar).

I ordered a peppermint tea, and it came to me with a lovely set of flaky pastries. Derik got a beer…little did he know that one bottle would cost him twelve dollars. Beer must be discouraged there. 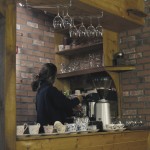 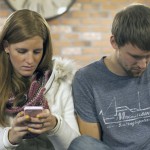 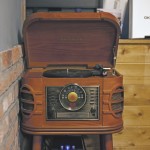 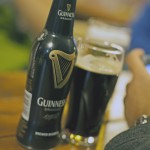 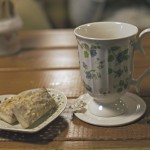 As I said, it was a cute place, but I doubt I’ll be returning.

Overall the night was great, and yes, we did make the guys dinner. They got a full three course meal consisting of: stuffed bell peppers, sweet and sour chicken, and cinnamon & sugar rolled muffins…all made from scratch. We went all out.

Now, we’re just waiting for the day we can do a rematch and have them return the favor.