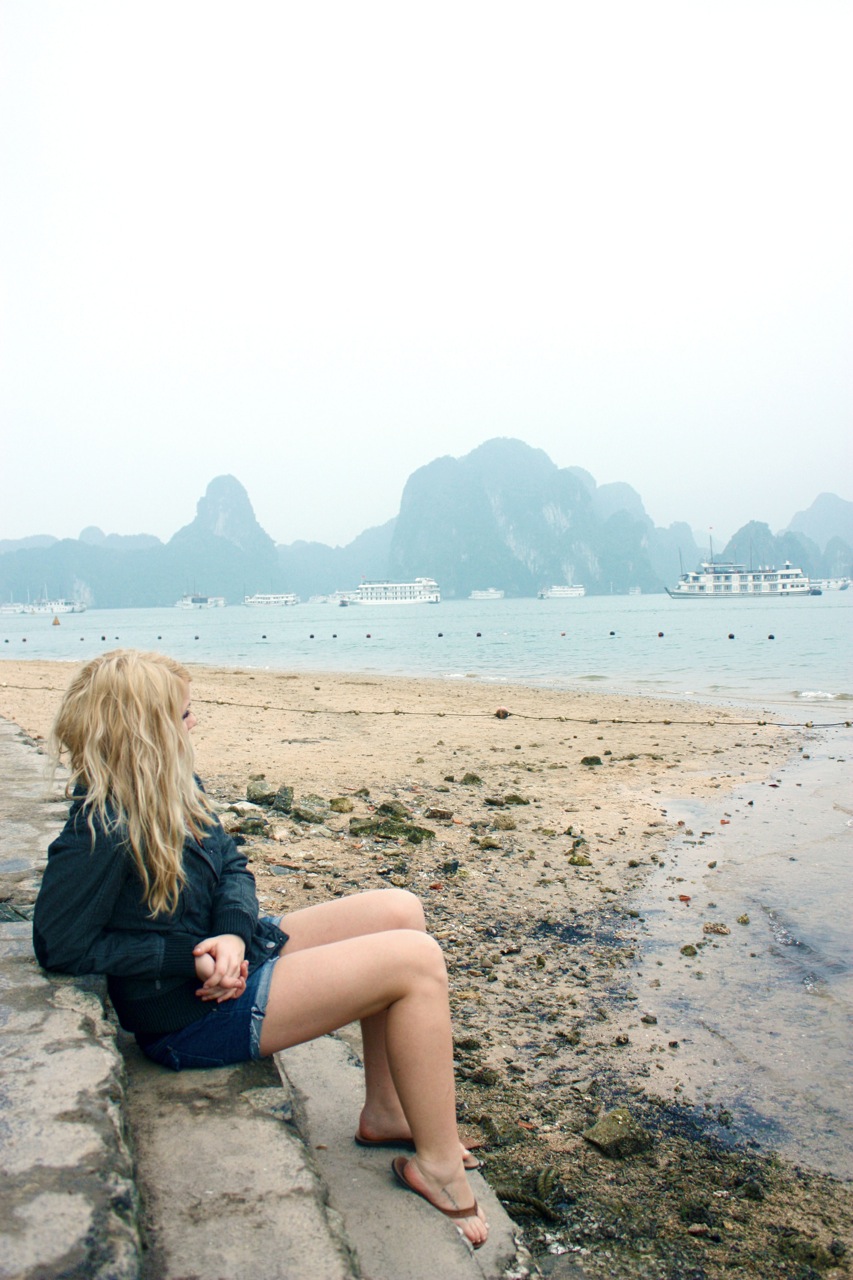 Derik and I have been blessed with the opportunity to travel. Sure we don’t travel as much as a lot of other travel bloggers do, but we acknowledge and are thankful that we’re able to do something not everyone can. We don’t have children, we don’t have possessions back home, unless the few containers at my mother in law’s count. To be honest, those containers could just disappear and I’d only shed a FEW tears due to our wedding and engagement albums that I’d never see again. The clothes, kitchen supplies, jewelry, and various nicknacks we did keep mean nothing to me. I repeatedly have readers exclaim that they wish they could live our lives, and then go on to talk about how discontent and bored they are at home, and it really bothers me.

Believe it or not, underneath all the ‘grand adventure’ and ‘travel’ layers, choosing a life abroad isn’t always all that everyone thinks it is, and it can be downright difficult. I’ve been trying to write this post for some time now, and I could never exactly find the words. Its a tricky subject because I think it’s hard to understand and fathom the negative side of traveling and being an expat abroad. I’ve had this post tugging at my heart, because I think it’s important you understand all aspects of this lifestyle, especially if you decide to follow along and take up a nomadic life as well.

Racism- Countries aren’t always strict on racism laws like the States. Sure, even the good ol’ US of A has issues every now and again, but in some countries you can’t even get a job if you’re not the color of skin that they’re looking for. People are allowed and not prosecuted if they openly scoff and remark about you being a foreigner.

I was just made aware of a little thing Koreans do when they disprove or consider something a piece of garbage-they make a clicking/kissing sound with their lips/teeth. I don’t know why it took me this long to learn about it, and I only know about it through one of my Korean friends. Now that I aware of this action, I notice that the locals are constantly doing it to me as I walk by them on the street. Think of it as someone giving you ‘the finger’ as you innocently pass by, smile or not. It’s discouraging, and downright infuriating . I also had someone else a couple weekends ago(an older gentleman as well, probably 50-60) at a bus station reach his leg way out to trip me, and then as I turned around he laughed at me. Then there’s also the time when Derik got into a car accident, and the time we got kicked out of our apartment -both instances of open racism.

Here’s the thing though. I can’t do anything about it; not a single damn thing. You should know that a good majority of the population isn’t racist, and I have some amazing local friends, but I just don’t understand the ones that are so against other ethnicities. I was lucky to be raised in a country that openly discouraged racism, a country in which all men are created equal. That’s not a freedom I will never take for granted from now on.

Social norms/Rules- Learn by mistake. When you live in a country that doesn’t speak your own language, and a majority of it’s guideline/rule signs are in weird characters unreadable to you, you often unknowingly break the rules (like no touching the merchandise, or taking pictures of things) a lot. Also social norms? Yeah those are going to be completely different than what you are used to back home. I’ve learned to sheepishly smile and bow my head in apology on a daily basis. Thankfully the locals probably KNOW you’re going to do things wrong, so in the end you probably won’t get in too much trouble legally. That is unless you really do something bad and illegal like bring in drugs, kill someone, or steal. #duh.

Uncertainty- As an expat your life is completely surrounded by uncertainty. I’m talking about every.single.aspect of your life. Where’s the grocery store? How can I transfer money back home? How am I going to tell this guy I need only $30 dollars in my gas tank instead of having him fill it all the way up? Where can I find a good doctor? Will he be able to understand what I’m staying about what’s wrong? Will my care packages ever actually make it here/back home? Will my school actually keep me for an entire year? The list goes on and on and on. I guess that’s called jumping out of your comfort zone.

I’m one of those people who plan ahead 24/7. I like to know EXACTLY what I’m doing, where I can park my car, what gate I have to go to immediately after I receive my airplane ticket, how long it’s going to take to get a manicure. I hate starting new jobs because I don’t ever know what to expect (especially in a foreign country). I get really nervous when I travel to neighboring countries because I don’t know how we’re going to get airport transfer, if our hotel will actually be safe, or even if we’ll make our flight in time.

Living in uncertainty has caused me to stretch my character to the max. It’s been absolutely great, but I tell you, sometimes it can get a little tiring. I long for the days when I know EVERYTHING and can communicate to almost EVERYONE.

Sacrifice- The most emotionally draining thing about living/traveling abroad is the sacrifices that have to be made. Unfortunately it’s not just the sacrifices you make but the ones your family has to make as well. Financially it costs a lot to stay in touch physically with your family and friends back home. Either they’re shelling out ungodly sums or you are. Reality? It just doesn’t happen as much as everyone wishes it could. In the 2.5 years I’ve only seen some of my immediate family, and that was only on one single visit this last January.

Life goes on without you being there. Families and friends learn to adapt to you only being in their lives with your ‘online presence.’ You’ll miss weddings, births, deaths, family reunions, and holidays. The sacrifice is more than just financial, its emotional and physical as well. With that sacrifice comes guilt. I don’t know how many times we’ve been asked, “When are you coming home?” After a while it makes you wonder why the heck you’re living abroad in the first place.We live here because it’s our passion. We have a hunger for travel, for discovery, and for adventure. To be able to crack the surface a bit on this gigantic world is addicting. Every place we go we learn new things, and in turn become better, more well-rounded global citizens.

But can we do this forever? It’s not fair for anyone, including ourselves. How do we balance it all out?

I can hands down say that traveling and living abroad was one of the best decisions Derik and I have made in our personal lives as well as our married life together. We have learned to lean solely on each other and grow together without the distraction of things we were familiar with. Just as life has it’s ups it also has downs. The racism, differences of rules, uncertainty and sacrifice have only made us stronger people. Without having to face what we have so far in our expat lives, we would have absolutely no idea any of this even existed or how to get past it.

I’m not going to apologize for the negative post, because as I said before, real life is both positive and negative. It’s important for me not only portray the positive on this blog, because I don’t want to lead readers astray into thinking this lifestyle is all flowers and puppy dogs. I’m here to inform, teach, entertain, and enlighten!

I’d also love to know your thoughts on this!