1. I wish I had known we were definitely staying in Korea for more than two years.
I recognize the fact that plans change pretty quickly. Two years before we moved to Korea we weren’t even considering the idea! I was still thinking about going to Hillsong Leadership School in Australia, and Derik…well…he was thinking about Korea, but just going by himself. 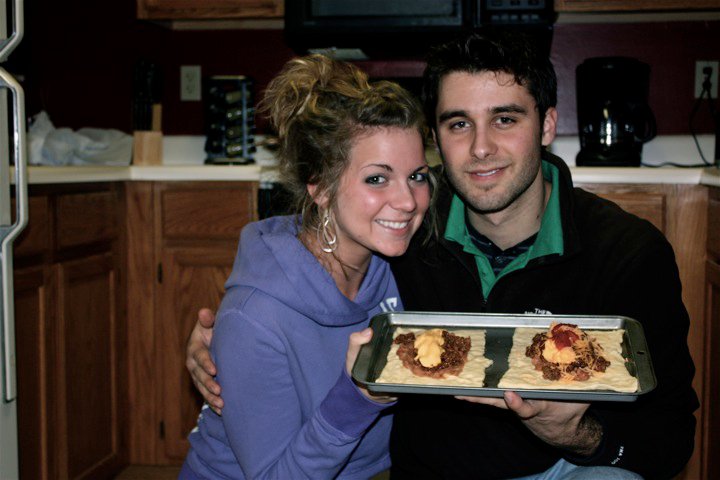 Back in our college days…making yummy mexican calzones!

If I had known we were going to be traveling the world more than two years I would have made sure to see all my significant relatives before I left. The last time I saw my grandparents was in 2010. Mom-July of 2011. Dad-January 2012, along with my brother and sister. It’s tough not being able to be there for important events and hard times.

Living here two years has also dwindled down my supply of everything to absolutely nothing. Thank goodness my sister is gracious enough to send me care packages filled with makeup and clothes I order online!

2. Iherb is awesome.
If you’re an expat from the US and you haven’t discovered Iherb, now’s the time. I don’t know why it took me almost 6 months to find it, but now I’m a loyal member and should definitely be a VIP customer by now. I order from this wonderful site filled with herbs, snacks, natural beauty products, and vitamins, at least once a month. In the beginning I had relatives send over all my herb and vitamin essentials. It’s nice that I can now do it on my own without them having to pay shipping(I can pay it myself for only 4 dollars a box)!

3.My husband would be completely enraptured with anything that had to do with motorcycles.
Ok, maybe a short three years of friendship, three months of dating, four months of engagement, and one year of marriage wasn’t enough to truly get to know my husband. How I overlooked the fact that he was a motorcycle junkie completely escapes me. We hadn’t even been her a month and bought our first motorcycle. Yes…it was a piece of crap, but I soon learned my husband has a passion for restoration. I must say he’s pretty darn good at it. 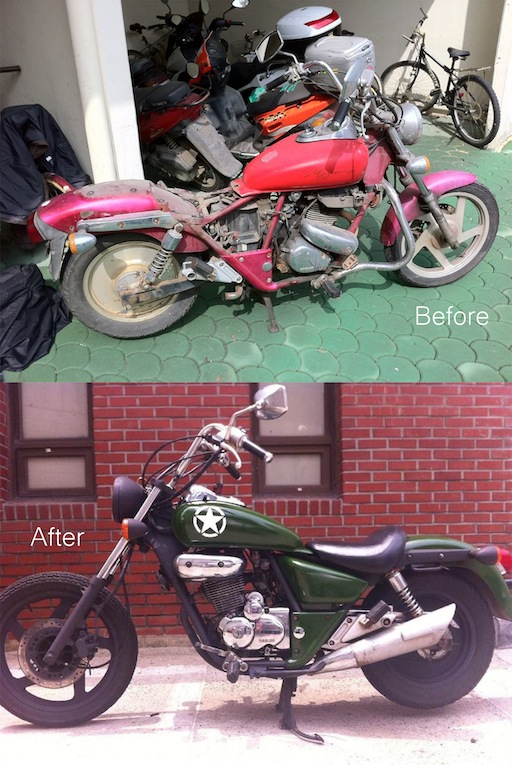 4. I should have read and negotiated my first contract better.
Call it me being a ‘newbie,’ but I didn’t think twice when it came to reading and immediately signing my contract before coming to Korea. Why? I guess because I didn’t know there could be better options. The thing that bothers me the most is that I didn’t even try. Little did I know that halfway through my contract I’d be working 60 hours a week instead of 35, and not have an option to go home and witness the birth of my sweet baby niece. I still haven’t met her. 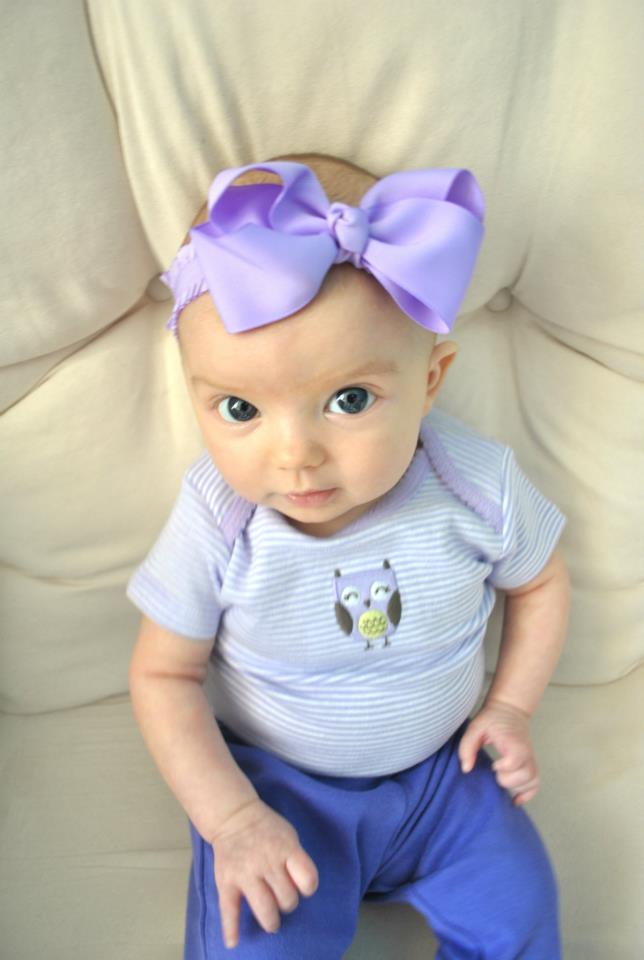 Word of advice. If you’re planning on teaching ESL anywhere,  at least try to get better pay, time off, and hours. I make three times as much my second year working one third of the hours. And an extra two weeks of vacation. All you have to do is ask!

Well, that’s all for my extensive list on things I wish I had known. As you may have figured out, I’ve been teaming up with Patricia this month from Kisses and Croissants (formerly The DIY Frenchie). I asked her if she wouldn’t mind making a list of things she wished she would have known before moving to France. She kindly wrote a wonderful guest post for you all to read. If you’re not following her blog or her page on Facebook...I would highly recommend you do! She’s the sweetest person I’ve met in the blogging world. Enjoy her post!

Amanda’s awesome isn’t she? I can’t wait to meet her in real life! You might have already seen me on this blog, or blowing up Amanda’s twitter feed. She’s one of my favorites! If we haven’t met yet, my name’s Patricia, and I blog over at Kisses & Croissants about my life as an expat in France. Today I wanted to share with you a few things that wish I’d known before moving to France.

1. I wish I’d spoken better French.
Honestly, I was pretty cocky about my level of French. I’d taken 4 semesters of college French and I thought I was pretty hot stuff. I always had the best grades in my classes. So it was pretty shocking (and humbling) when I stepped off the airplane and tried to ask someone for directions. I just stood there, staring at them blankly, thinking “Holy crap! That is not the language they taught me in school.) The next three months were pretty rough and embarrassing while I was trying to figure it out.

2. I wish I’d know what to stock up on before coming over.

Nail polish, chapstick, shoes, electronics – just in case you ever head over here. Let me tell you how shoes are priced here. You can either pay a reasonable amount – $30 – for crappy shoes that are going to fall apart in 3 weeks (after having rubbed the skin off the back of your ankles of course), or you can pay a ridiculous amount of money -$85- for a pair of medium quality shoes, think Converse.

As far as electronics go, you should stock up on anything that can be charged with a USB port. The electricity’s not the same here, so if you try plugging in your American blow dryer it might catch on fire. But American cameras, Ipods, and laptops function just fine over here, and the French versions often twice as expensive.

3. I wish someone had told me that I should bring every official document I had ever received in my entire life.
Seriously. People ask for the most random documents and just expect you to have them on you. I remember thinking several times, “No one keeps that piece of paper!”. But in France they do. In France they keep everything. You never know what to bring either. The government website will say one thing. The government worker handling your documents will say another. And three months later you’ll probably get a letter telling you to come back in, because you are still missing documents. Make sure you bring your shot record and your birth certificate by the way – even if your just coming as a study abroad student.

And remember, if anyone ever tells you that you can’t do something, just keep asking around until you find a government worker that is competent enough (or incompetent enough) to let you. I swear these people have had no formal training. If they did, they slept through it or something.

Despite all the confusion and craziness, moving abroad was the best decision I ever made. I’ve been living in the French Alps for two years now, and I still have days where I have no idea what’s going on. But it’s always getting better and I’m starting to finally understand how things work here.