Every country has things that foreigners would consider ‘weird,’ yet to them it’s every day life.

A couple weeks ago, Derik and I were able to make a very short visit to Japan. We were greeted with all sorts of ‘first world’ architecture, cars, technology, and ideas. Although it did have a somewhat familiar ‘asian’ feel…Japan is quite different than Korea.

We stared in wide-eyed wonder (the all-too-familiar ‘newbie’ way) at all the dressed up people, the yummy food, and the subway system.

Yes, the subway system. Derik and I have grown quite accustomed to the subways here in Korea, and feel fairly comfortable navigating them. I’d even go as far as saying we’ve pretty much mastered the Seoul Metro (the World’s second largest subway, only beaten by New York).

Korea takes a pretty safe route when it comes to building their subway stations, and at 80% of them, glass separates travelers from the iron rail tracks. Japan is quite opposite. You literally stand inches away from a good 6 foot drop onto the tracks, and the wind that comes from the train literally blows hats away. It freaks me out knowing that someone could easily push you onto the tracks…I wonder how often that happens?

Our first day in Japan we had to quickly learn how to navigate the subway. A disadvantage that we learned right of the bat, was that there were no English subtitles anywhere. I guess I have gotten so used to them in Korea, I didn’t even think about Japan being different. Whoops. Oh yeah, Japan doesn’t really cater to the English folk as much…the hard feelings are definitely still prevalent!

A second disadvantage was that Derik was (and still is) on crutches. A few weeks ago he ruptured his ligaments (and almost completely tore one all the way) playing baseball…and was on strict orders not to use it.

Being handicapped in Asia is not easy. Not at all. No ramps, no elevators…just stairs…and loads of them. Not to mention the crowds of people. AND on this day? It was raining…so walking the 2 blocks to the subway station, with me holding two umbrellas and derik hobbling along, wasn’t the ideal situation.

By the time we actually got on the subway we were quite flustered and tired. We arrived just as the train was arriving and jumped on.

Naturally, I began to survey what was around us…and realized all I saw was pink. And women. No men….I’m talking like absolutely no men. It was then that I read the sign right above the door: “For Women Only.” 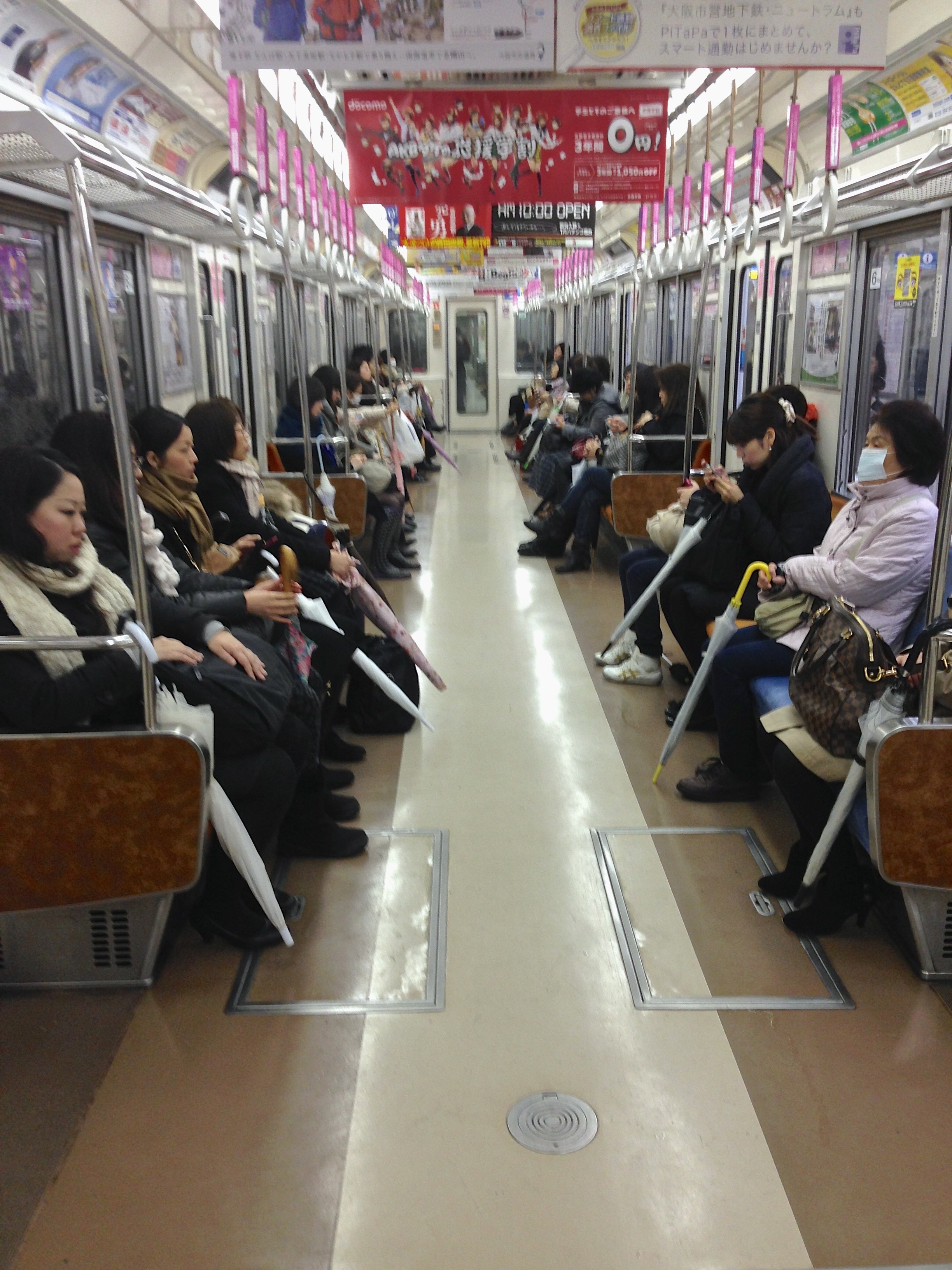 Since when does a public transportation service provide segregated cars? 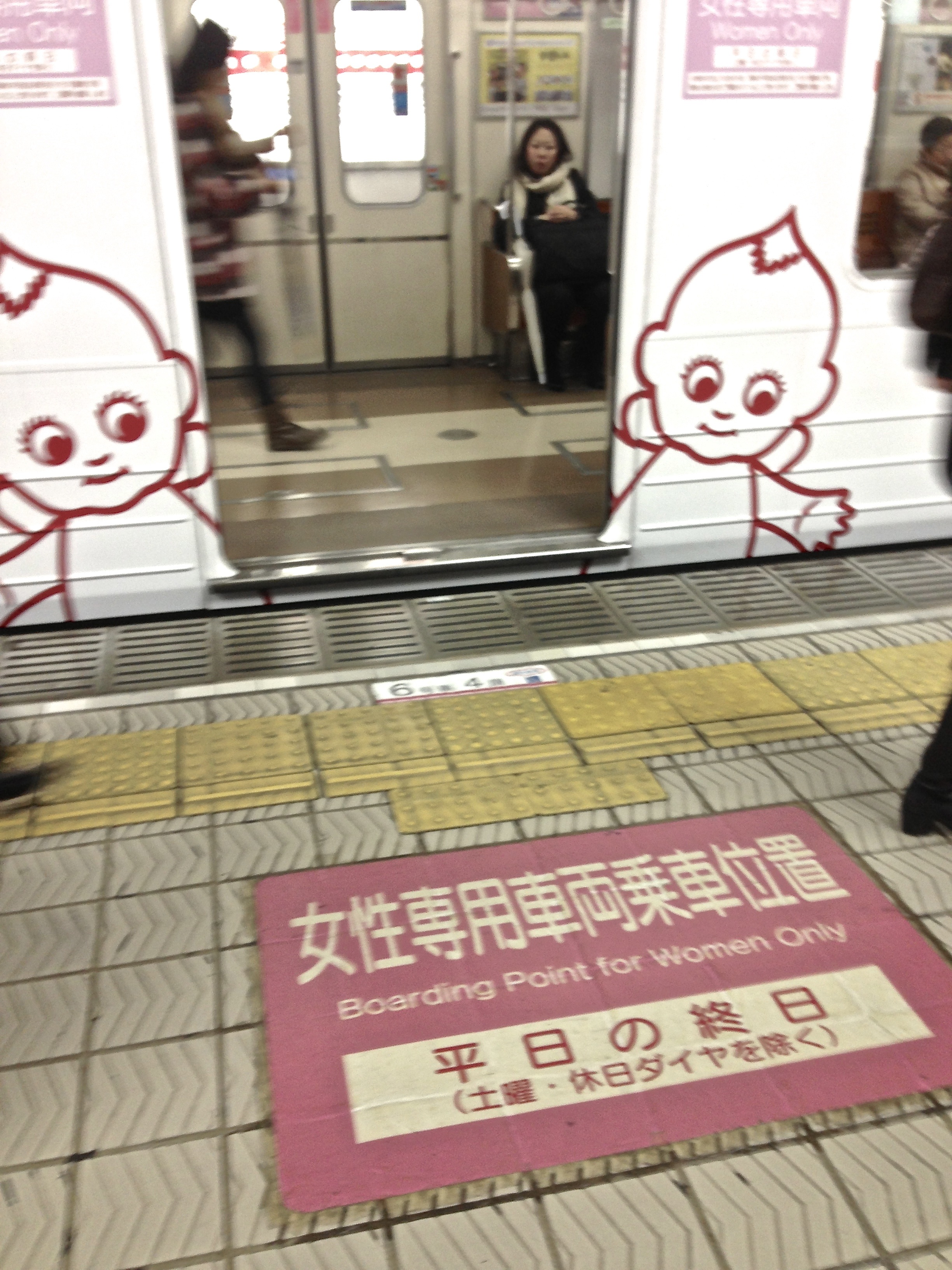