It’s been a while since I’ve done a Weird Wednesday post, so since it’s Wednesday and I have a serious case of writer’s block going on…I thought I’d give it a go.

Although I love this country I am currently residing in, sometimes I get rather frustrated with a few things. The top of my list would be the language barrier. My husband and I have learned in the 19 months we’ve been here that there are quite a few things that get lost in translation.

I’m feverishly studying up on my Korean through Rosetta Stone , trying my best to bridge the ginormous gap in our communication with the world around us.

I am constantly impressed with the way Koreans try very hard to learn English and communicate with the Western World. However, there have been some instances where translations haven’t exactly come out quite right. Both on their part and on ours.

Let’s start with the candid pictures I’ve taken at random places throughout Korea.

First translation error: Spelling and grammar problems on government issued signs. I guess I should just be glad they issued the warning in English as well! I am slightly confused that they misspelled the word ‘please’ but somehow passed with flying colors on the words ‘prohibited’ and ‘violators.’ I am also slightly confused as to why they capitalized ‘prevent’ and ‘prohibited.’ 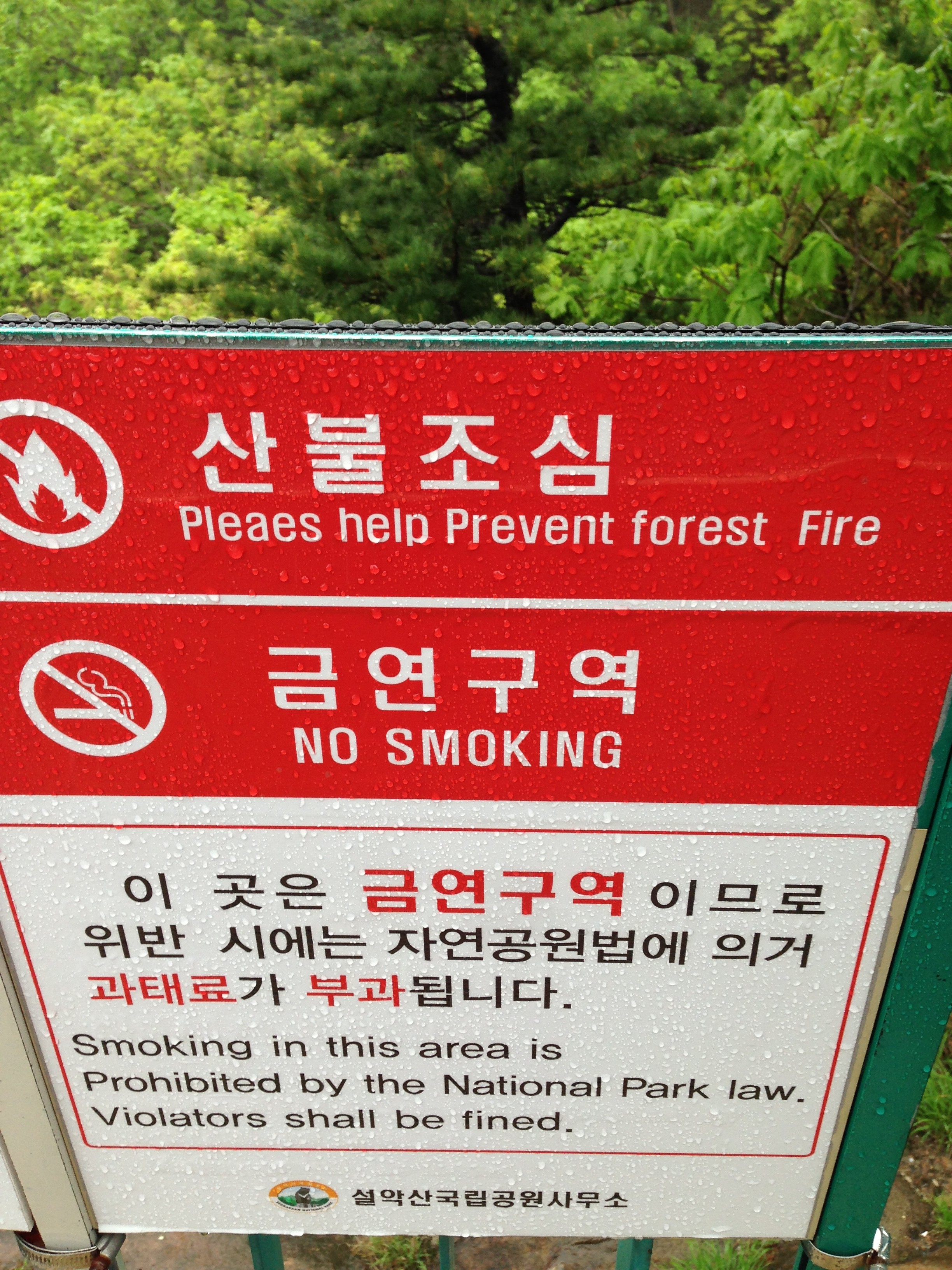 Second translation error: Not looking up the meaning of a word before naming your store. Sure ‘shmuck’ is kind of fun to say, but have you ever checked out it’s definition? I’m sure you’d have second thoughts as to naming your store with that demeaning word. 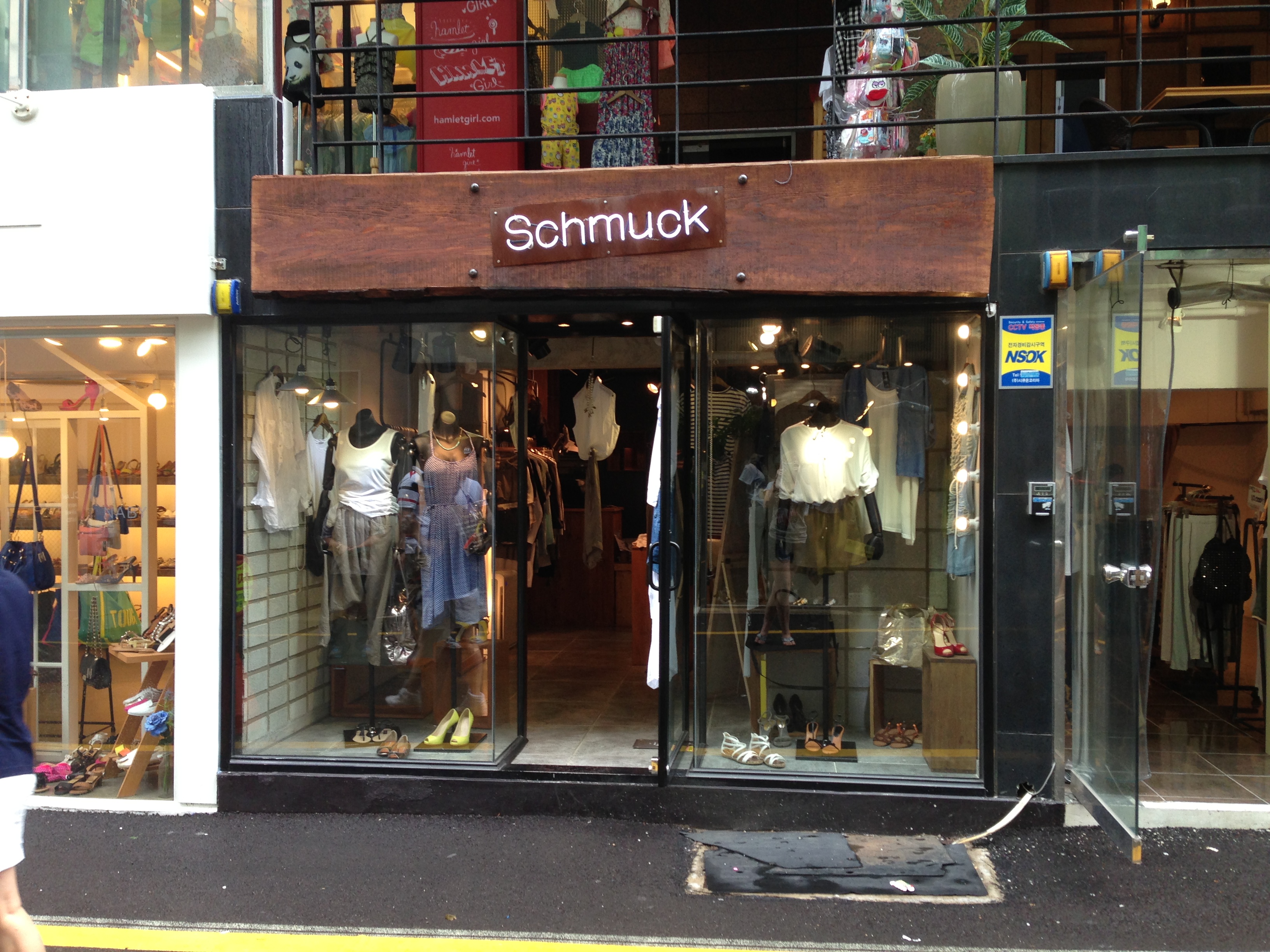 Third translation error: Putting something you are not sure of on a t-shirt and selling it in a local, popular store. Took me a while to get this one. I think what they meant to say was, ” We’re already in 100 countries. Find your nearest store.” Does anyone else find it alarming that this brand is in 100 countries yet they don’t know how to spell or use correct words? 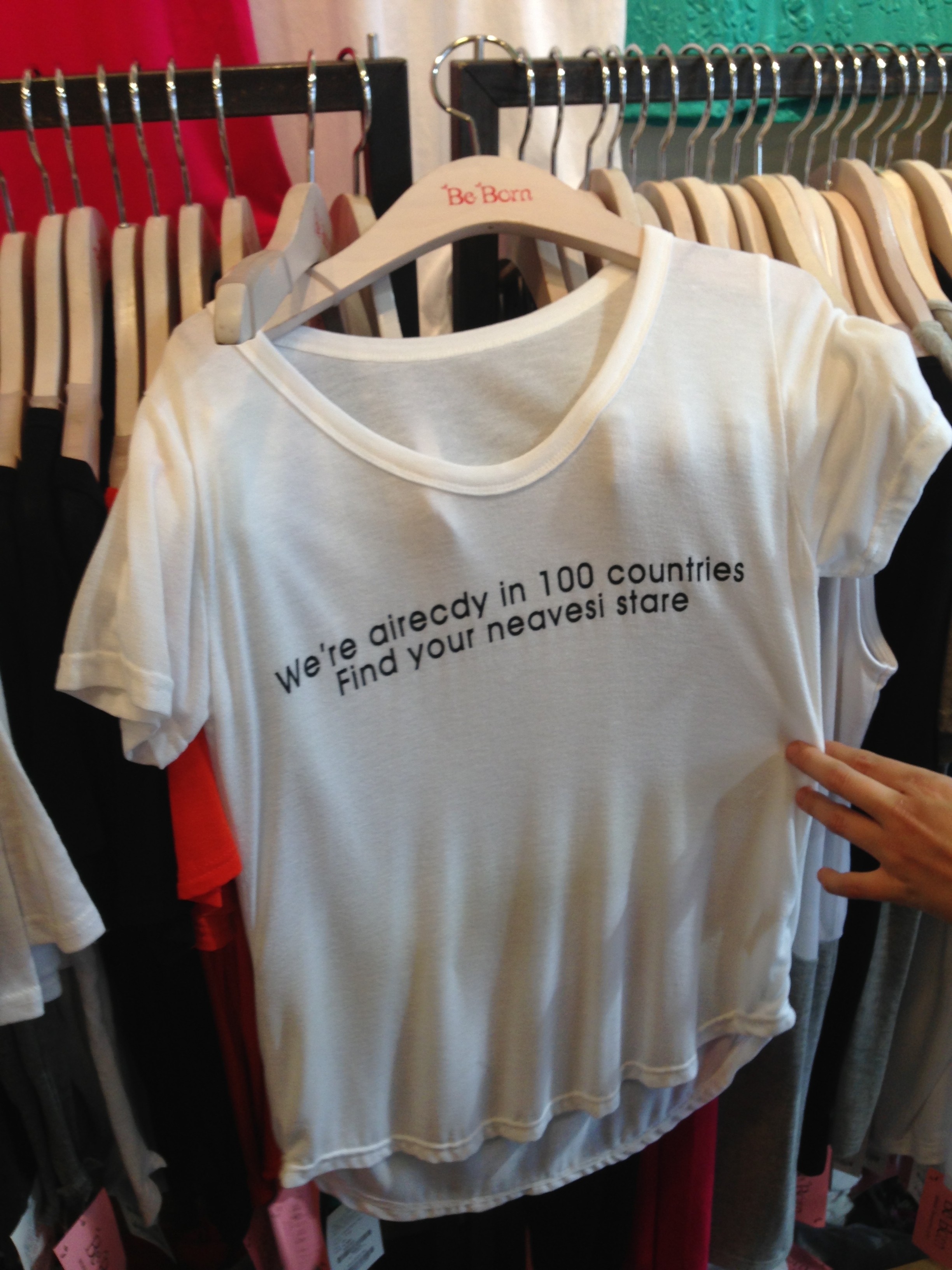 Now I’m not blaming all the mistakes on the locals. My husband and I have found out that translators (namely Google Translate) have dropped the ball as well. So who knows? These funny yet sad stories above may have been victim to a less-than-trusty translator app.

Bad translator scenario one: My husband and I had to park in random apartment parking lots while ours was getting repaved. I was slightly worried about it-hoping I wouldn’t come home to my car being keyed or worse. Turns out my husband was the one who had issues. He received a text message in class and 4 missed phone calls. Thinking something was urgent he translated the message and this is what it said: 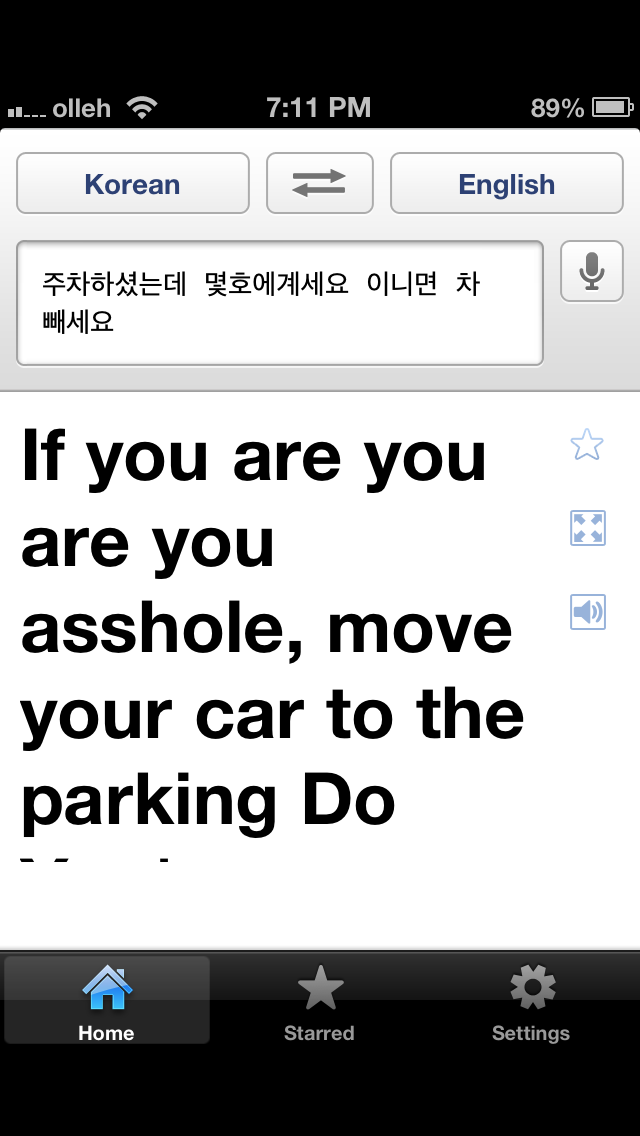 You can imagine how pissed my husband was to receive this message, and he was immediately up in arms. He called the guy yelling at him for a good five minutes, and then realized the lack Korean-English-Korean communication. He then hung up and sent a text message back (translated in G. Translate of course) saying how rude it was to call people names and that person should show some respect.

After class he asked his students about the message only to find out the man on the other end was actually really respectful and polite about asking him to move his car. There were no condescending words at all in ANY of his text messages. Whoops.

Bad translator senario two: I recently ordered a new cage for Jazz off of Gmarket (Pretty much the coolest site to buy anything from ever. If you live in Korea that is), and had been waiting for a confirmation shipping text. I finally got one, and it translated to this. 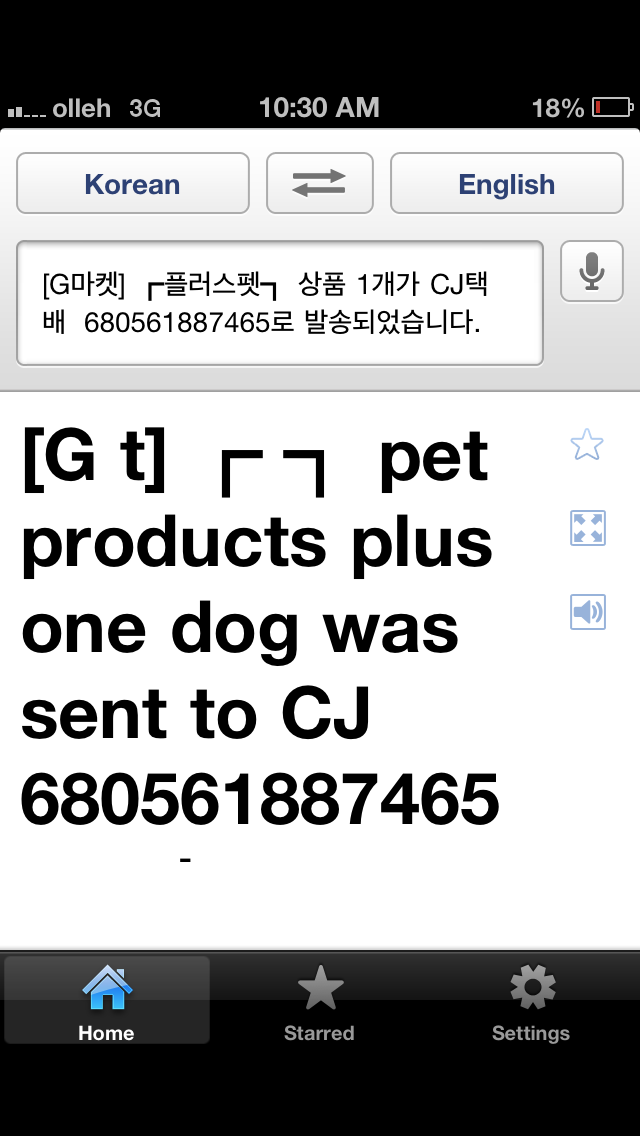 Shoot. Apparently I was given a free dog out of the deal! I just got the cage today, but no dog showed up. I was slightly relieved and disappointed at the same time.

Now for a little sponsor love! I adore both of these bloggers, so you better check them out and send them lots of encouraging comments! 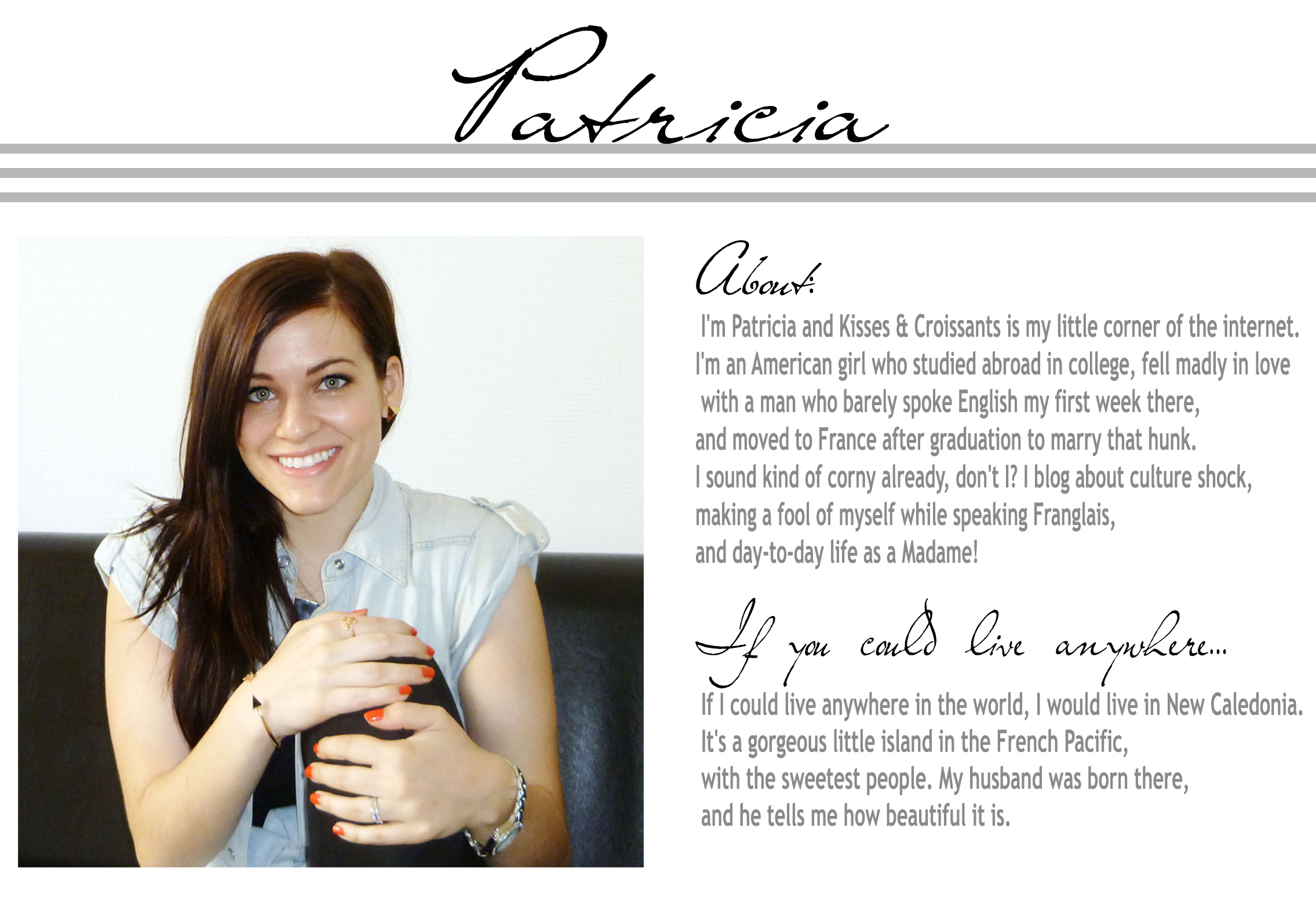 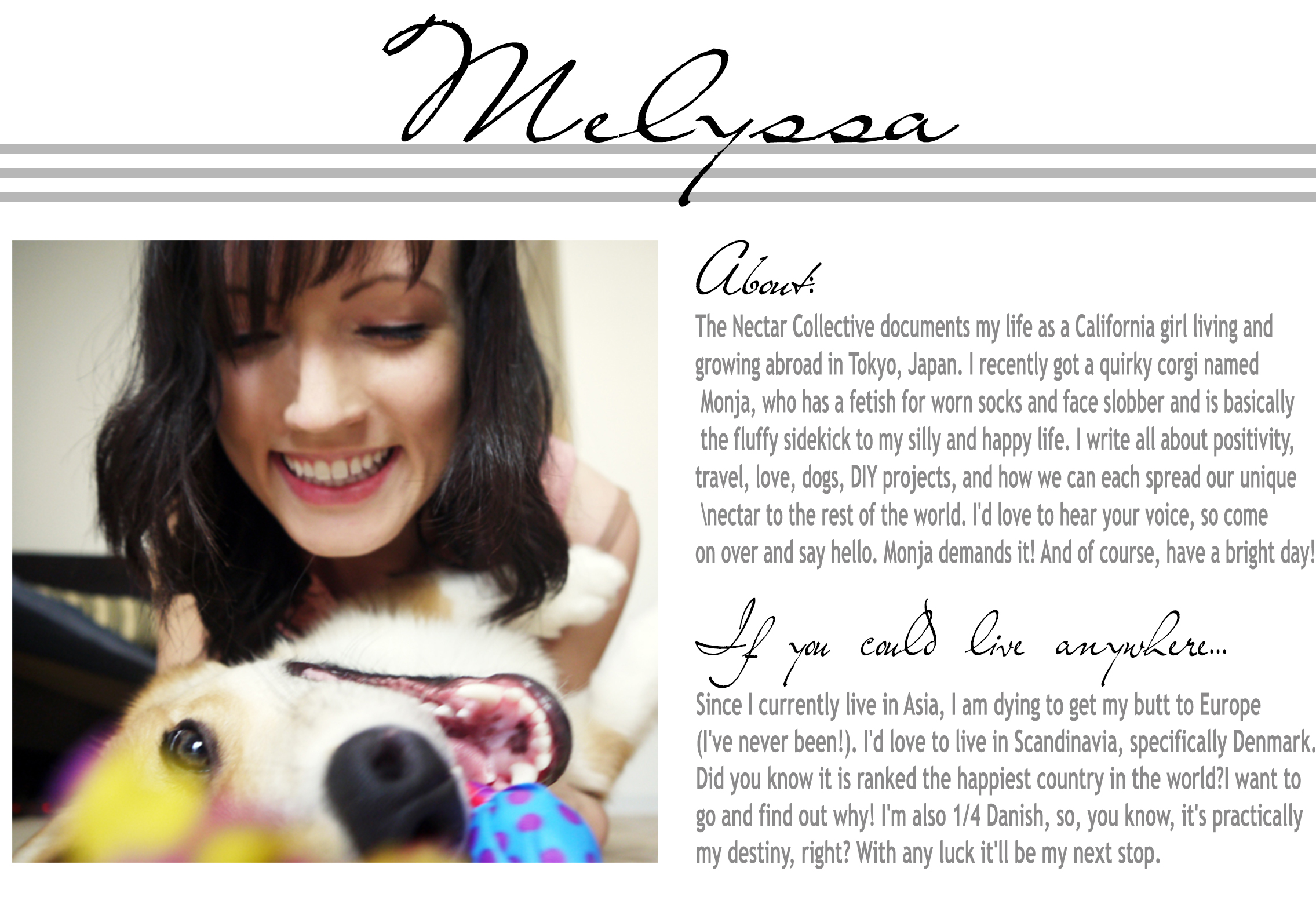